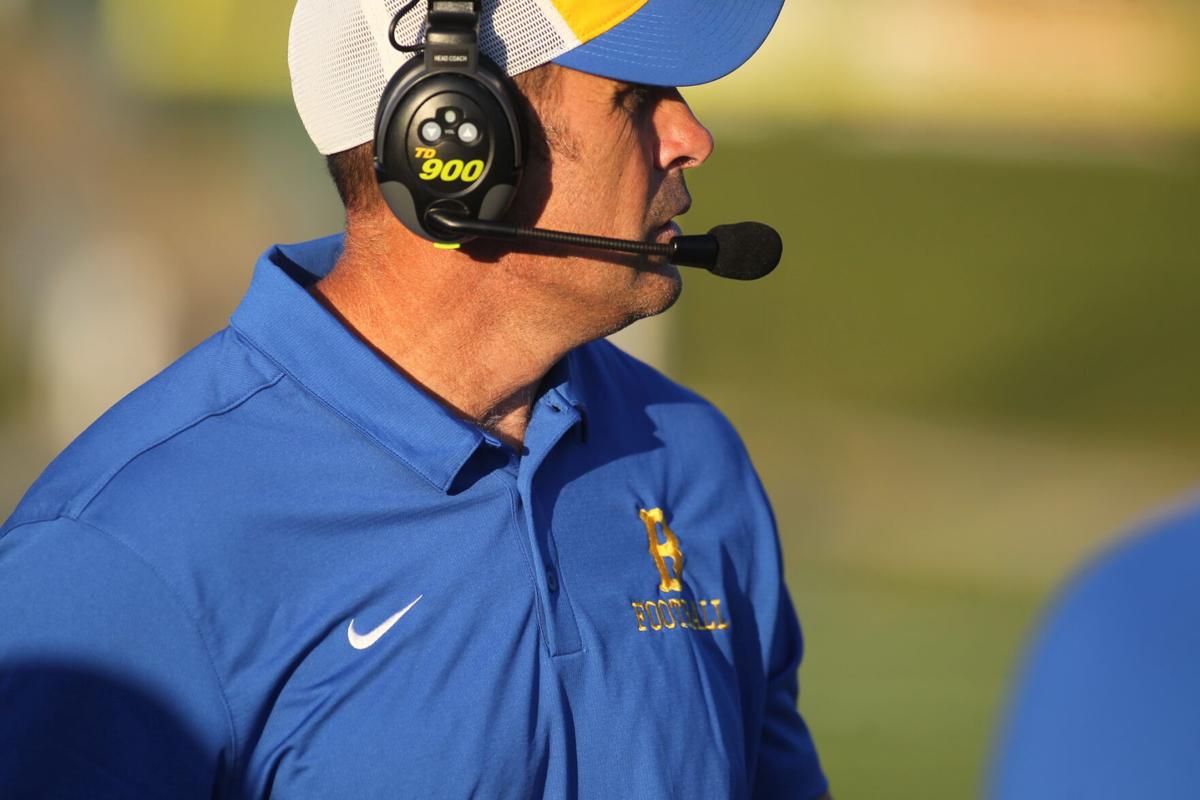 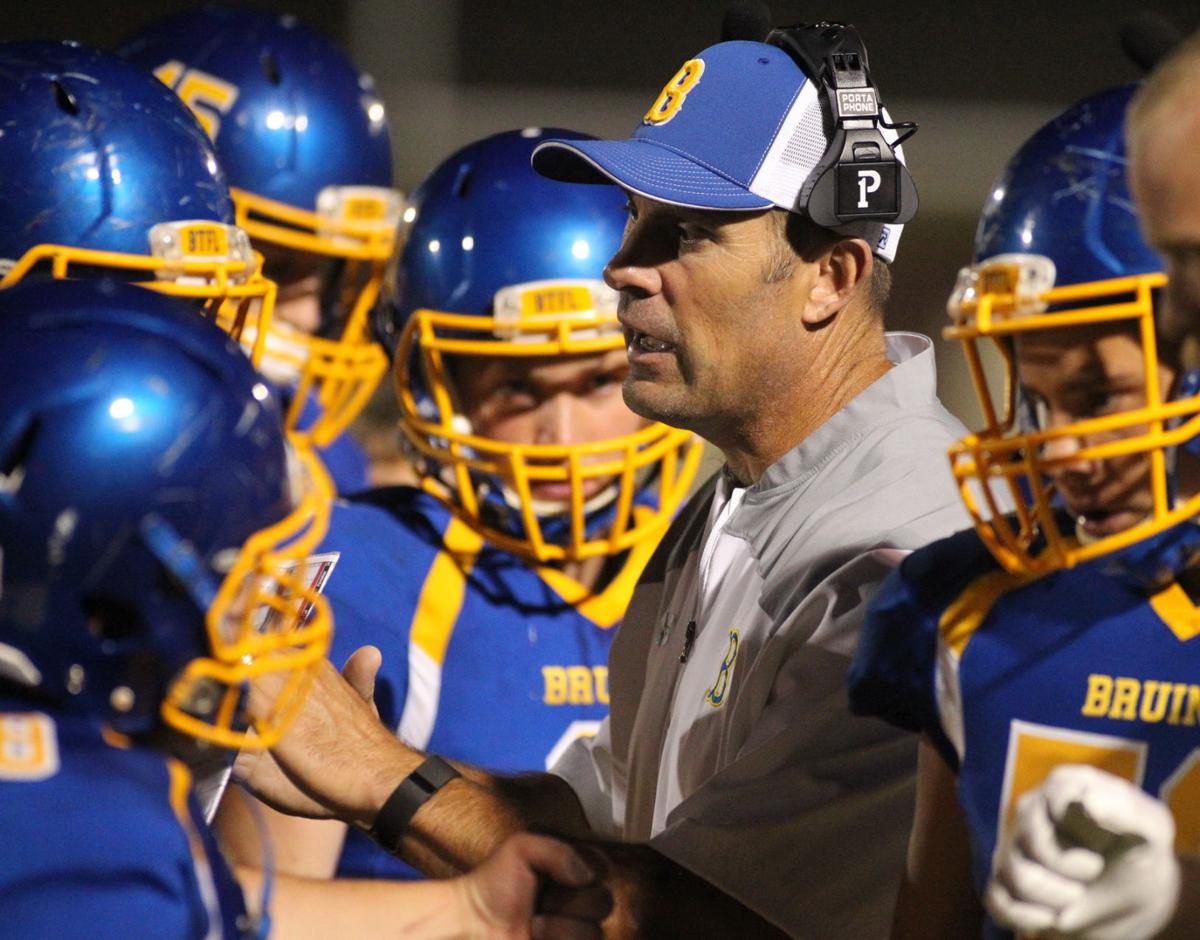 Head coach Eddie Sloss talks with his team during the Bruins’ 2018 season opening game against Giles.

The football head coaching vacancy at Virginia Tech isn’t the only one in Blacksburg.

Eddie Sloss said Tuesday he has resigned after four seasons in charge of the football program at Blacksburg High School.

Sloss, a Blacksburg native and former Bruins assistant who also was a head coach at Carroll County, saw his 2021 team finish with the first 0-10 record in school history on the heels of an 0-6 mark in the delayed 2020 season in the spring.

When Blacksburg fell 21-14 to Cave Spring in the season finale, it was the program’s 18th loss in a row.

Sloss said he informed Blacksburg’s players of his departure Tuesday.

“Slowly over the last 11 months, just the demands and the challenges we had facing the team and the program, after a while it just wears on you,” Sloss said.

“The zeal of the game … I was starting to lose that urge and desire to coach. I just knew I needed to make it through this season and give it everything I had.”

Sloss’ tenure at Blacksburg began with a bang in 2018 as the Bruins used victories over Lord Botetourt, Salem and Pulaski County as a springboard to a 13-1 season that ended with a 26-23 overtime loss to Woodgrove in a VHSL Class 4 state semifinal.

The Bruins finished 6-5 in 2019, then lost star quarterback and linebacker Parker Epperley to a season-ending injury in the spring that didn’t completely heal until Week 4 of this season.

“Parker got injured on the first play of the second half of that first game against Salem,” Sloss said. “He was our best defensive player too. He had over 100 tackles his sophomore year. That was huge.”

Blacksburg was outscored 275-7 last season. This year’s team scored 74 points in nine games with a 10th game forfeited to Salem.

The 2018 easily is the career head coaching highlight for Sloss, whose four-year record at Carroll County from 2014-17 was 5-35.

“We had a good group of coaches and players [in 2018],” he said. “That’s a season I’ll never forget. In just the span of two years, man, it goes from one extreme to the other.”

Sloss said he plans to remain as a physical education teacher at Blacksburg High School.

He said he has no plans to coach football at any level in 2022.

“I want to take the year off,” Sloss said. “Sometimes I feel like I should have done it when I left Carroll County, but I walked into a pretty good situation.

“After that, it got lean real fast.”

Had there been no clock, Broad Run and host Salem might have played Class 4 semifinal football into the night Saturday.

The 6-foot-5, 240-pound tight end has pledged his services to Virginia Tech.

Galax dominates in semifinal win over Holston, set for rematch with Riverheads

Galax will play Riverheads in the VHSL Class 1 title game for the third straight season.

Head coach Eddie Sloss talks with his team during the Bruins’ 2018 season opening game against Giles.