H.S. football: After showing his sports prowess at Lord Botetourt and Richmond, Robert Crute took a different path
2 comments
Share this
Only $5 for 5 months
1 of 3 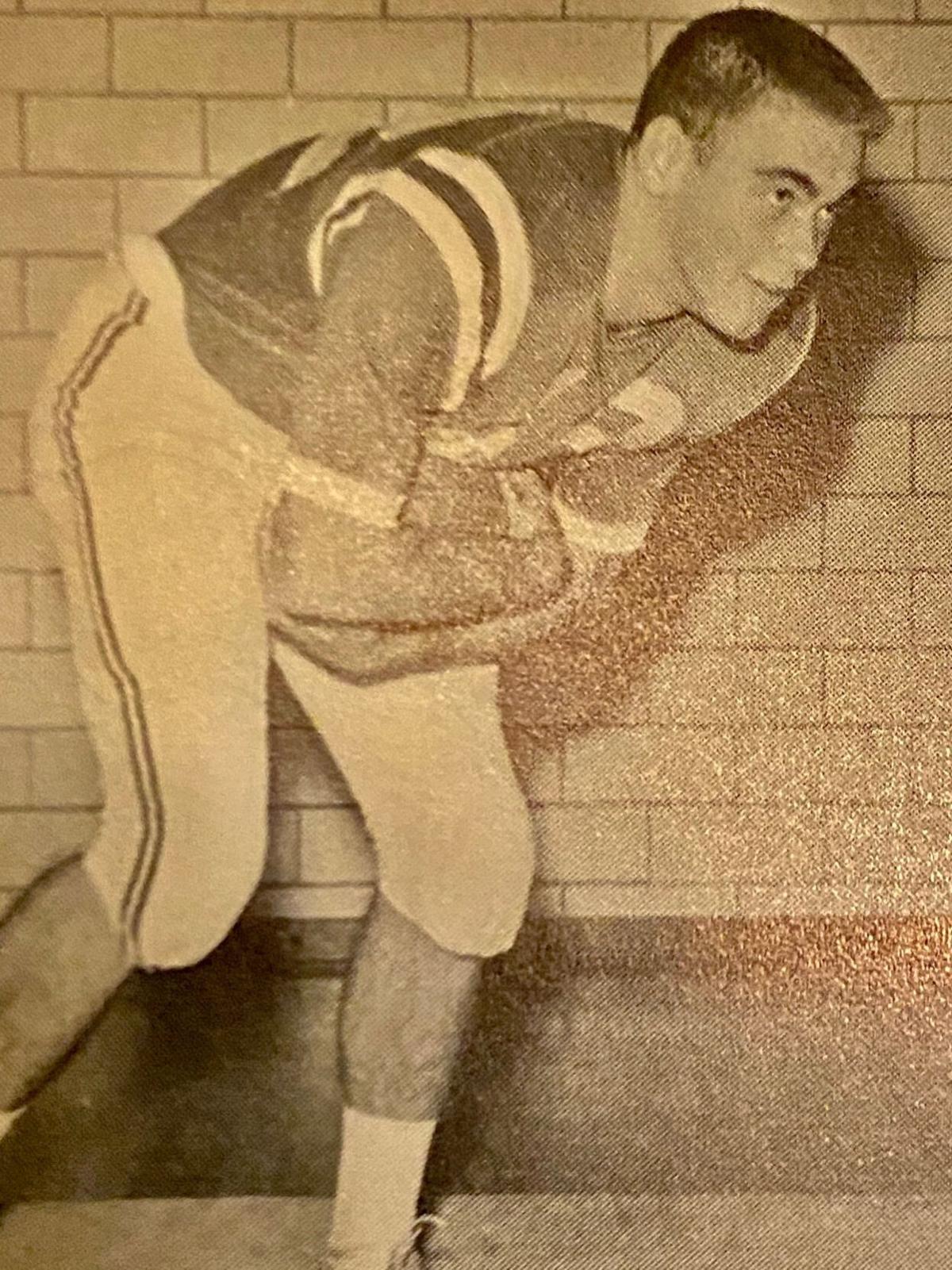 Robert Crute was a star football player and track star at Lord Botetourt in the early 1960s. 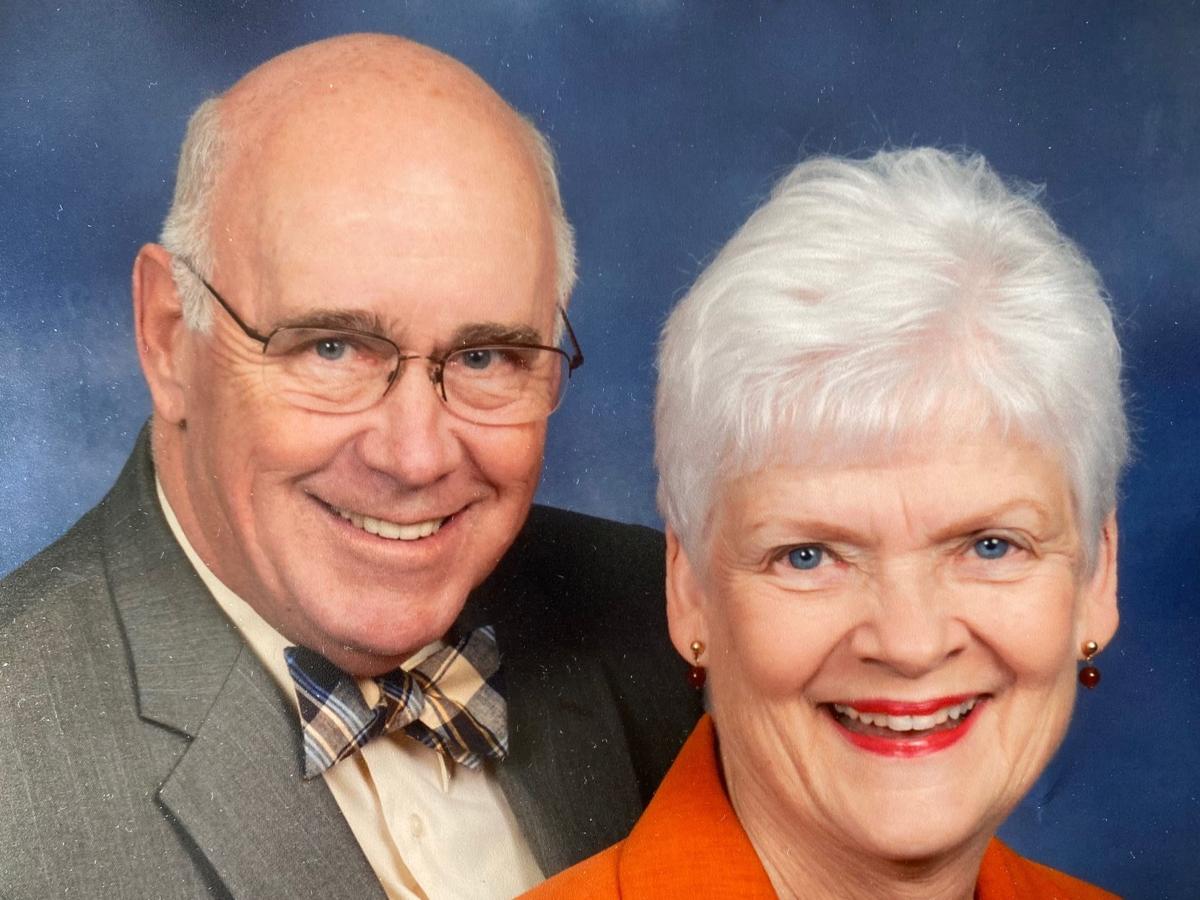 Robert and Holly Crute were married in 1969. 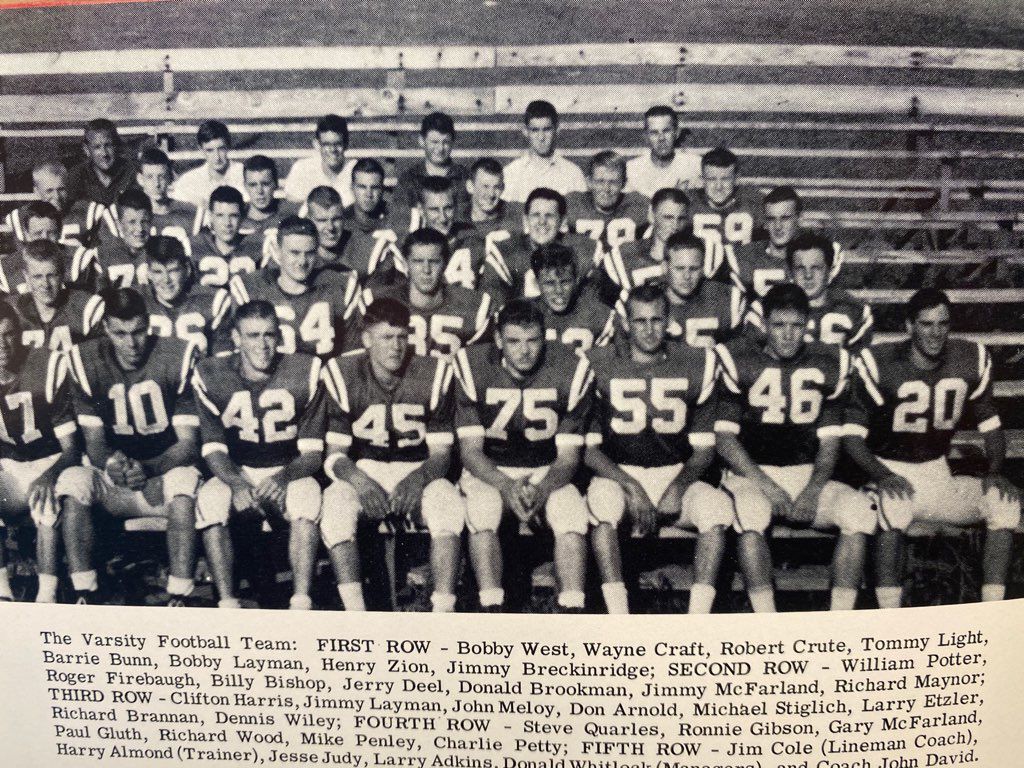 He helped the Cavaliers to a VHSL Group II outdoor track and field state championship.

He set a track and field record at the University of Richmond that still stands.

He finished undefeated in sprint races in the Southern Conference.

He qualified for two NCAA championships and was inducted into UR’s track and field hall of fame.

But ask Robert Crute what the greatest personal accomplishment in his 75 years has been and the answer will be off track.

The son of a Baptist preacher, Crute turned down a pro football tryout to instead follow in his father’s footsteps and attend Southern Baptist Theological Seminary in Louisville, Kentucky.

It led to a 40-year career as a minister, music director and youth leader that sent the former Lord Botetourt athlete to serve in multiple congregations, including his first one in a very unlikely setting.

Lord Botetourt’s 2019 football team stood on the pinnacle of greatness before the Cavaliers had their dreams of a perfect season derailed in December by Hopewell in the VHSL Class 3 championship game.

Botetourt’s 35-7 loss left the 1961 team with the only clean slate in school history.

Those Cavaliers finished 10-0, powered by a straight-T offense with Crute at right halfback, Benny Firestone on the left side and big and fast fullback Wayne Craft in the middle.

While Craft ran the 440-yard dash at 220 pounds for the Cavaliers’ track team that won a state title in 1962, Crute was the real speedster.

His time of 21.1 seconds still stands as the University of Richmond 220-yard dash record, 55 years after he clocked that time at a meet in Maryland.

Crute qualified for the NCAA outdoor championships in the 200 meters and the indoor final in the 60 yards in 1967.

He played freshman football at Richmond but chose to concentrate on track and field.

That did not stop pro football teams such as the San Diego Chargers, Baltimore Colts and others from attempting to get the 6-foot, 160-pounder into training camp as a flanker.

“The Washington Redskins sent scouts to my track meets and they looked like the Mafia,” Crute said this week from his home in Hampton.

“I said, ‘Coach, who are those guys over there looking at me? They’re giving me the willies.’ He said, ‘Don’t pay any attention to them. You get away from them.’ He was concerned about my amateur status.”

Ultimately, Crute told the Colts thanks but no thanks.

He was on another mission.

“I told them I was applying for the seminary,” he said. “I had kind of made a commitment, although it was flattering. I was a small tailback and [pro football] sounded like the moon.

“It was the right thing for me to do.”

One of Crute’s first jobs in Kentucky was as the music chaplain at LaGrange Reformatory, a medium-security prison 30 miles northeast of Louisville.

Crute directed a choir of 20 inmates, taking them on the road to local churches accompanied only by the bus driver and one prison guard.

“I loved those men,” he said. “I met a guy named Pete, who was actually a murderer. He used to sing and play autoharp at Christmas time. He used to sing ‘Sweet Little Jesus Boy.’ It would bring me to tears.”

Crute left Kentucky, but not before meeting his wife, Holly, whom he married in 1969. He moved to Madison, New Jersey, and helped set up an inner-city church mission program in Manhattan.

Despite being retired, he still performs some ministerial duties.

Crute and his wife reside in the Chamberlin, a classic Hampton hotel that has been converted into a senior living facility.

He recently officiated a wedding on the ninth floor of a woman whose father is an elderly resident and did not want to go out in public because of concerns over COVID-19.

Much of Crute’s free time is spent keeping his legs in shape as a member of several bike riding clubs in the Tidewater area.

Crute’s legs took him many places as a young man.

He found himself on a banked indoor track at a holiday invitational at the University of Chicago in 1966, where he lined up to run the 330-yard dash on a track made out of clay and sawdust.

He hit the finish line first, breaking the meet record set more than 50 years earlier by Thorpe, the Native American once called the “World’s Greatest Athlete.”

The return trip to Richmond took a bit longer, however.

“I spent Christmas Eve and Christmas morning in a hotel,” he said. “Allen dressed me up like Santa Claus and we were giving Coach some gifts.”

Crute was known for using his gifts as a sportsman as well as for his athletic ability.

“We had the worst track in the conference,” Jordan said. “In order to serve the gymnasium, the trucks ran over it every day so they rutted it out. We’d rake it smooth but it would be loose, particularly on the outside lanes.

“That made them happy, but it didn’t change the result. Crute [finished] first.”

Crute most recently was in Botetourt County for his 50th class reunion in 2013. He also was honored as one of Lord Botetourt’s 50 greatest football players of its first five decades.

The 1961 Botetourt team coached by John David shut out seven of its 10 opponents and allowed just 26 points in the program’s third year of existence after going unbeaten with two ties in 1960.

Crute, who was inducted into Lord Botetourt’s athletic hall of fame in 2001, was a junior on the 1961 team, which also included future LB hall inductees Craft, Dennis Wiley, Jimmy Breckinridge and Roy Petty.

Crute led the district in scoring twice and won the 100 and 220 dashes at the state track meet, setting district records in the process.

He also was an all-state chorus selection four times.

At Richmond, Crute played on the freshman football team, scoring a game-winning touchdown against Chowan College in 1963.

“I failed to pack my cleats,” he said. “I had to borrow a pair from the people at Chowan. I caught a screen pass and ran it in for the winning touchdown. They supplied me with the help to do that.”

“It was the right thing for me to do.”

Bob Crute’s decision to pass up a pro football training camp and enter the ministry opened the door to a wonderful life.

While in Louisville he met a “girl with the prettiest blue eyes,” who was a nursing student at Spalding University.

He and Holly raised three daughters, two who became violinists.

Crute continues to use his voice. He and one of his former senior pastors, Rev. Jay Lawson of Warrenton Baptist, recently performed a duet at a church in Hampton.

“This is a world-class guy in all kinds of ways,” Lawson said. “Not only was he an extraordinary athlete … he shakes the rafters when he sings. He can bring down the house.

“But he is humble and self-effacing. He’s a really modest and gracious person. Holly is the one who really sparkles.”

Heath Andrews has yet to throw a pitch for James River High School’s baseball team.

Robert Crute was a star football player and track star at Lord Botetourt in the early 1960s.

Robert and Holly Crute were married in 1969.