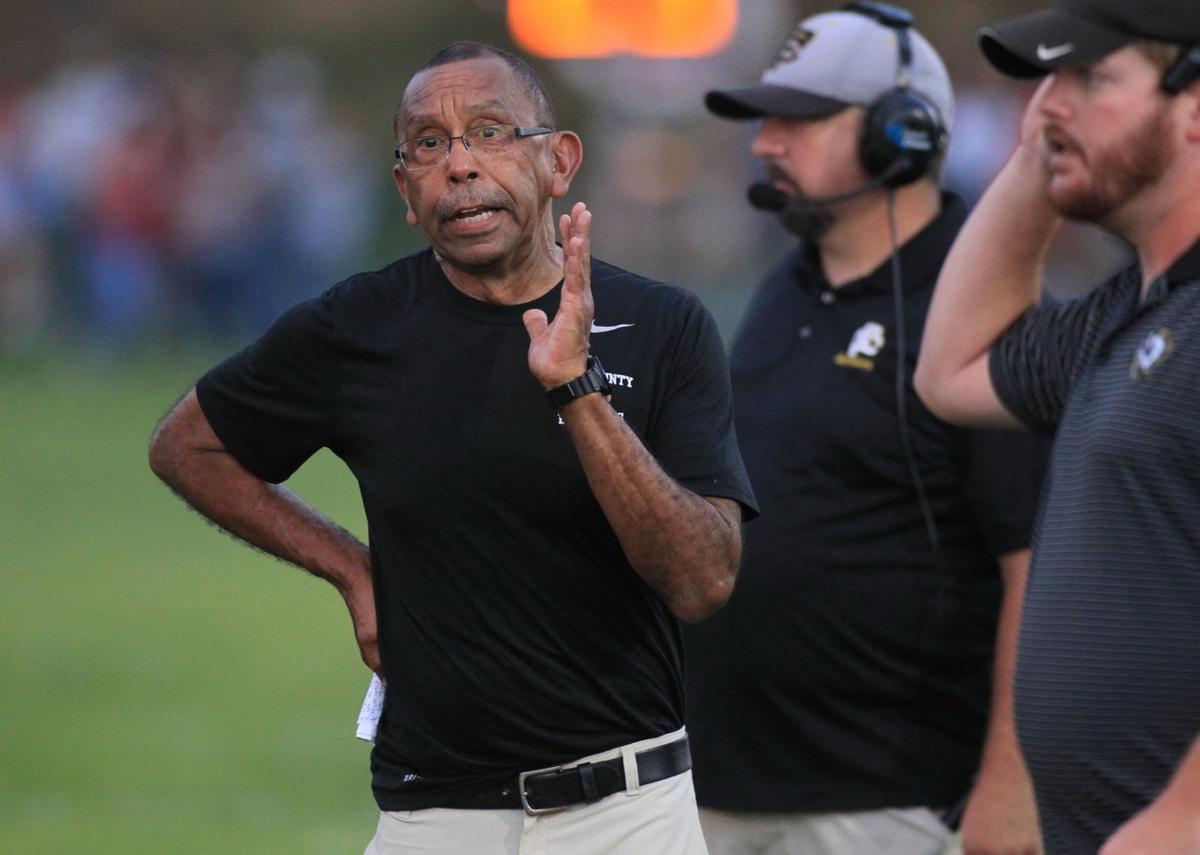 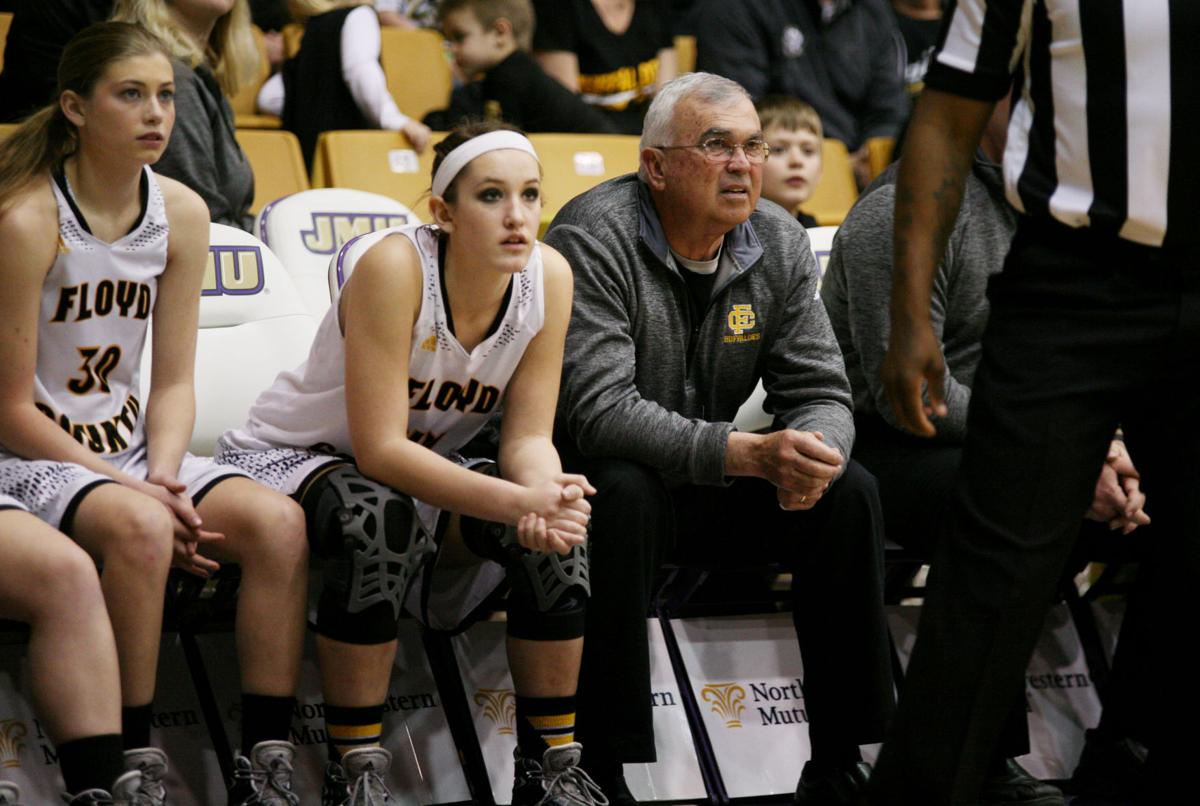 When the 2020-21 high school seasons finally do get underway, two of Floyd County High School’s athletic venues will have new names.

The Floyd County School Board voted earlier this month to name the football field in honor of longtime coach Winfred Beale and the basketball court for former girls basketball coach Alan Cantrell.

The school board approved a resolution after receiving a petition with more than 250 names, including Floyd Mayor Will Griffin.

“I ran track for Coach Beale and I was a manager for Coach Cantrell’s girls basketball team,” Griffin said. “We’re lucky to have them.”

The two started coaching in the 1970s. Cantrell retired in 2017, while Beale, who also serves as the track and field coach for the Buffaloes, will be in his 39th season as the football coach when games are again allowed to be played amid the coronavirus pandemic.

Cantrell coached both girls and boys basketball teams and finished his career with 991 victories. He holds the VHSL record for the most girls basketball wins.

Home-court advantage is statistically proven to be worth three to seven points. Cantrell said “home court” had an additional meaning for him — especially when girls and boys basketball seasons were not played concurrently, as they are now.

“For 10 months of the year, the court was home for us,” he said. “We had the summer camp and then open gym, with the girls season starting in August and the boys following right after that, running hopefully into March.”

Basketball became a community event during the Cantrell era. The Buffs hosted district, regional and even state playoff games, which regularly were standing room only an hour before tipoff.

“There were a lot of good games, but I don’t know that any one in particular stands out,” Cantrell said. “The memories that mean the most to me are when we’d take the floor for the first day of practice.

Beale has had three state runners-up in football and has a state championship in boys track and a state runner-up in girls track. His track and field athletes have won dozens of individual event state titles.

Beale has more victories and more years than all of the rest of the current Three Rivers District football coaches combined.

During his career, the field and surrounding facilities have been upgraded. During his high school days, he played on the football field and ran on the track.

“I feel honored and humbled by this,” Beale said. “Over the years I’ve benefited from a lot of good assistants and players.”

Among the best memories was a 1984 win over Galax, which was the top-ranked team in the state at the time and came into the game undefeated and unscored upon. The Buffaloes also had a miraculous last-minute 14-13 comeback win over Lebanon in a 2008 Group A, Division 2 semifinal.

Floyd County Principal Barry Hollandsworth said there would be dedications for the football field and the basketball court, probably at the first home game of the next season.

“They built successful programs and had longevity,” he said of honoring the coaches. “It’s a no-brainer.”

Virginia High School League athletics are about to enter a new world.

While the VHSL's executive committee confirmed the new time windows each sport will be played, schools now are facing the complicated logistics that will have to be managed as schedules are reduced and redrawn.

The League said that winter sports competitions will be held after Christmas, but it still hopes to stage seasons for high-contact sports later in the school year.

The Virginia High School League on Friday modified its guidelines for out-of-season practices, paving the way for more team-based workouts including the use of sport-specific equipment.

It is not full-scale out-of-season practice or open gyms, but it is a step up from individual conditioning drills that teams have been limited to since the VHSL began allowing limited workouts in late June following the complete shutdown caused by the virus in March.

H.S. baseball: 'Last Inning' a lift for seniors amid series of setbacks

The organization, which includes Roanoke Valley Christian and Faith Christian as members, warns that if any schools have issues with the coronavirus pandemic, it will push the fall sports back to the spring.

McFarling: Sports can’t return until schools do the same

The VHSL’S decision to push sporting events back until at least late-December was inevitable, but still a bummer. The reality is this: Sports won’t look familiar until schools do, and we can’t say when that will be.

Rising senior Reed Pendleton is transferring from Cave Spring High School to play basketball at Hargrave Military Academy in Chatham. Pendleton, a 6-foot-1 guard, led Cave Spring in scoring in 2019-20 as the Knights finished 27-2 and won a share of the VHSL Class 3 boys championship.