While no final decision has been made on high school sports being played, the executive committee of the state’s largest private school athletic organization did announce on Friday that it will not be sponsoring fall postseason tournaments.

The Virginia Independent Schools Athletic Association said Friday that its leaders voted unanimously to cancel all championships for sports in the fall of 2020 due to continued concerns surrounding the pandemic, which also led to complete cancellation of spring high school sports in Virginia earlier this year.

It will now be up to the VISAA’s respective conferences to decide what they will do on a regional schedule.

Timesland’s two full-time VISAA members expect to have more clarity on what they will be able to do some time next week.

“We have a lot of conferences up north who I don’t feel will be participating at all in athletics,” said North Cross athletic director Blair Trail, who is a member of the VISAA executive committee. “So we felt it was correct in not having a state championship, but leaving the rest up to the individual conferences.

“We still have conference meetings next week, where we’ll see if our conferences still want to compete.”

The meeting she was referring to will involved members of the Virginia Independent Conference, which the North Cross and Roanoke Catholic boys programs are members, and the girls sports’ equivalent in Southwest Virginia, the Blue Ridge Conference.

“I think we have a lot of schools that are like us — parents paying tuition who want the full package,” Trail said. “So we’re going to see if conference schools are interested in offering low-risk sports in the fall.”

Trail added that North Cross would be open to the high-contact sports, such as football and boys soccer, if other schools in the state want to also participate. Football and soccer, among others, are deemed high-risk because of the large amount of contact players have with each other.

There’s some conversations with some schools that are still interested in [playing football and boys soccer],” Trail said. “But we’ll need several schools interested for that to happen.”

At Roanoke Catholic, the situation has its own complications.

Not only do the Celtics need to work with the VIC and Blue Ridge Conference, but the situation is also being monitored by the Catholic Diocese of Richmond, which oversees the operations of Roanoke Catholic and five other Catholic schools in the state.

“It will have to go up the chain of command [at the Diocese] as well,” Catholic athletic director Matt Peck said. “So we’re holding off on any decisions right now.

Peck added that another issue facing Catholic and North Cross is that several of the VIC and BRC members are boarding schools, which allows them more control than day schools in the league.

“They’re good within their own bubbles,” he said. “They’re doing testing there on their own, but they may have concerns about the day schools.”

Peck said for now, Catholic has kept all of its plans on their current scheduled fall sports — volleyball, cross country and football, but changes will likely be made after the conference meeting. 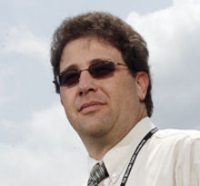 Steve Hemphill has been sports editor of The Roanoke Times since July 2009.

Virginia High School League athletics are about to enter a new world.

While the VHSL's executive committee confirmed the new time windows each sport will be played, schools now are facing the complicated logistics that will have to be managed as schedules are reduced and redrawn.

The League said that winter sports competitions will be held after Christmas, but it still hopes to stage seasons for high-contact sports later in the school year.

The Virginia High School League on Friday modified its guidelines for out-of-season practices, paving the way for more team-based workouts including the use of sport-specific equipment.

It is not full-scale out-of-season practice or open gyms, but it is a step up from individual conditioning drills that teams have been limited to since the VHSL began allowing limited workouts in late June following the complete shutdown caused by the virus in March.

The organization, which includes Roanoke Valley Christian and Faith Christian as members, warns that if any schools have issues with the coronavirus pandemic, it will push the fall sports back to the spring.

H.S. baseball: 'Last Inning' a lift for seniors amid series of setbacks

McFarling: Sports can’t return until schools do the same

The VHSL’S decision to push sporting events back until at least late-December was inevitable, but still a bummer. The reality is this: Sports won’t look familiar until schools do, and we can’t say when that will be.

The VHSL took the next step on Friday toward managing the condensed interscholastic plan for the 2020-21 school year.