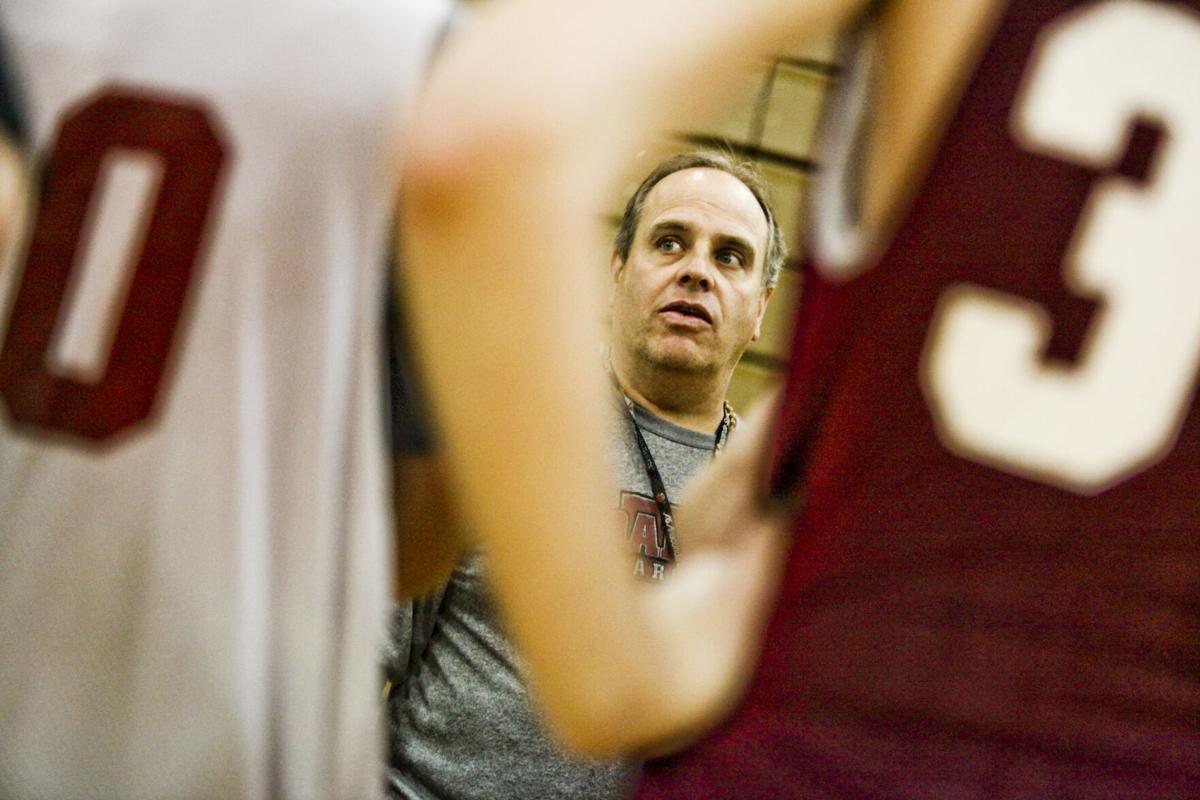 Page Moir, who was the longtime head coach at Roanoke College, has joined the private-school boys basketball coaching ranks at North Cross. 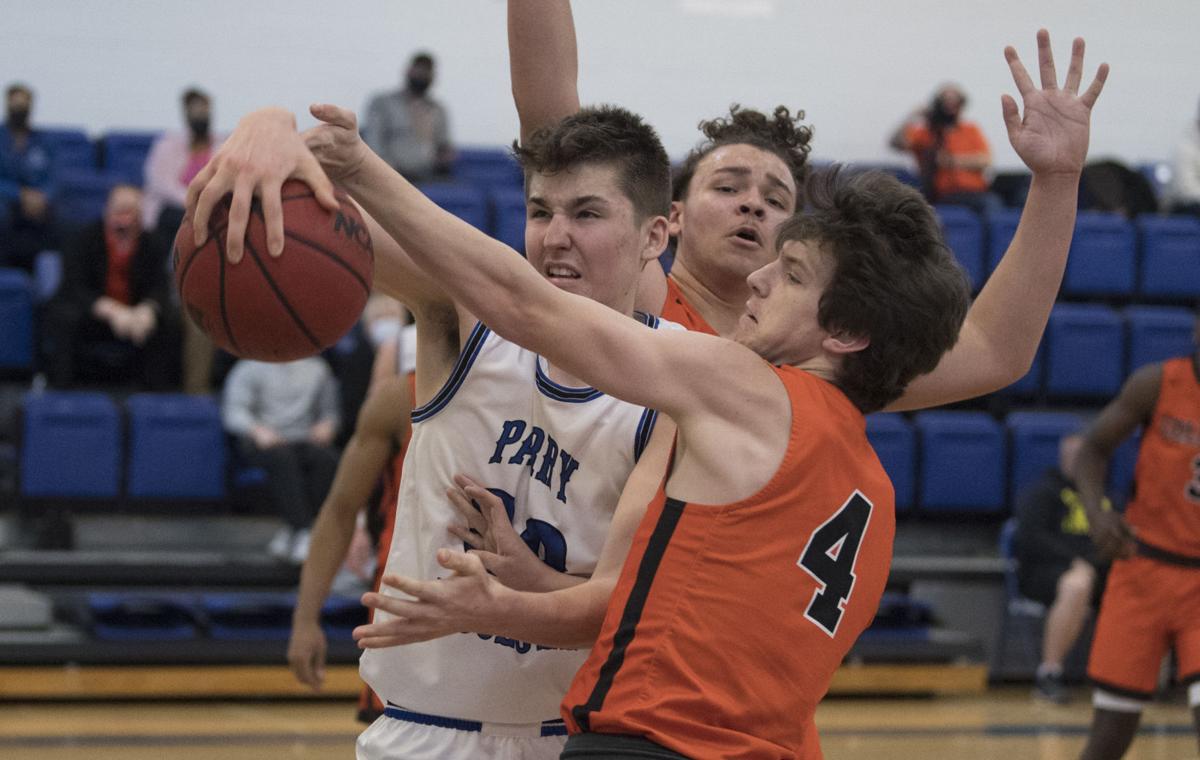 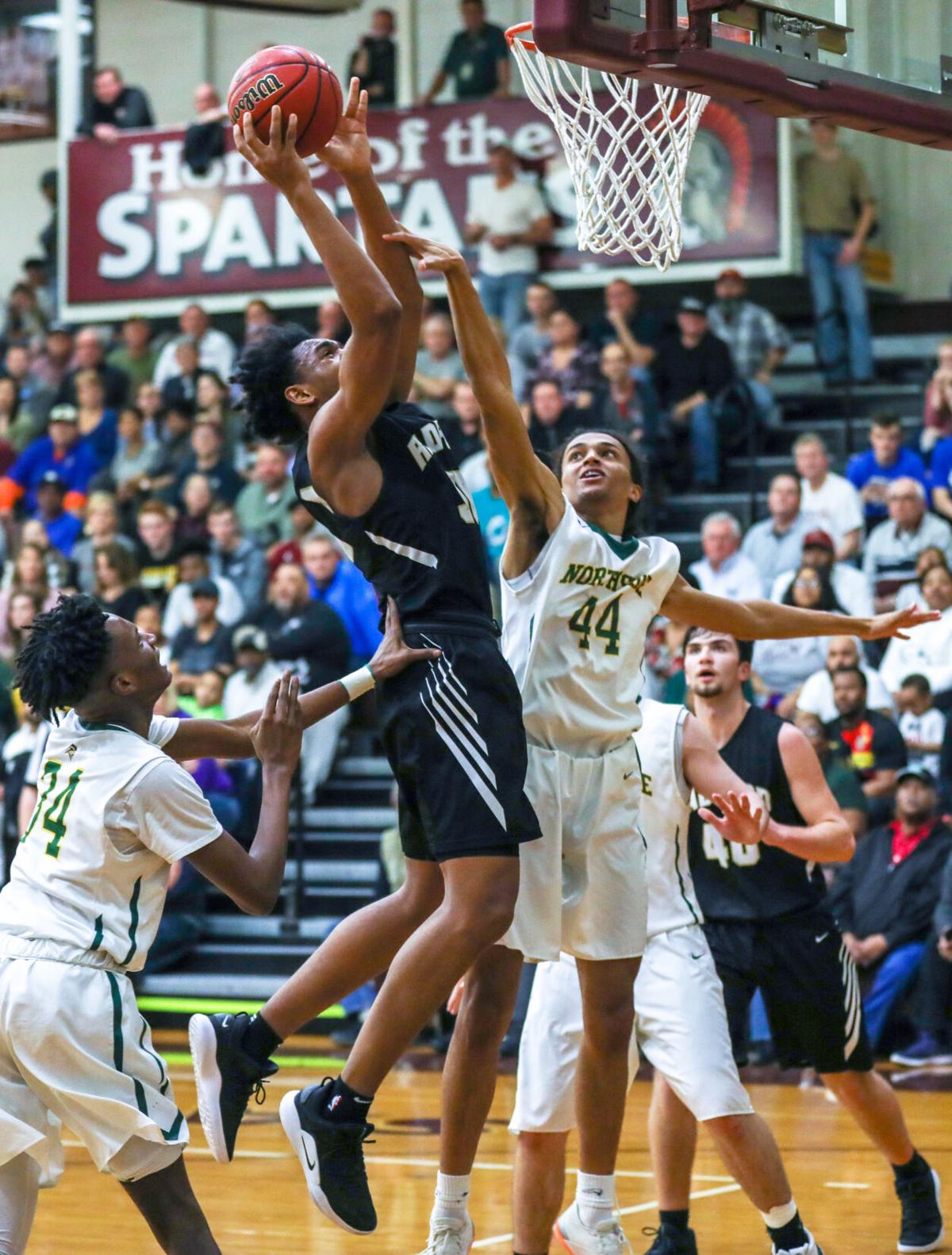 Radford’s Miles Jones (second from left) shoots over Northside’s Bryce Hall at the 2019 Adam Ward Classic at Salem High School. The Adam Ward Classic is among the tournaments returning this season, though it will be moved to Glenvar.

While a handful of schools have postponed boys games because of extended football seasons and a few private schools already have hit the court, by the end of the week almost every Timesland team will have tipped off in 2021-22.

Invitational tournaments — some of them anyway — are back as travel restrictions have been lifted.

Private-school boys basketball in the Roanoke Valley will have an increased Virginia Tech flavor.

Moir was the longtime head coach at Roanoke College and is the son of former Maroons and Virginia Tech coach Charlie Moir, playing and serving as an assistant for the Hokies.

Moir is hardly the only new head coach in Timesland.

Patrick Henry’s new girls coach is Eugene “Blue” Cook, taking over for Mike Hedrick, who left for a new school in Georgia.

Kevin Garst, who coached Salem’s boys to a state championship in 2014, has returned as the Spartans’ head coach after stepping aside for a year.

Also, Billy Hicks, who coached Cave Spring to three VHSL boys state titles, has returned to the bench as a boys assistant under Andrew Hart at Lord Botetourt.

The Parry McCluer senior also appears to be the area’s top recruit with a Division I scholarship offer from Radford University.

Parry McCluer coach Mike Cartolaro said Wake Forest, Liberty and Virginia Tech are keeping tabs on the slender Hamilton, who projects as a ‘stretch-four’ because of his perimeter shooting ability.

On the girls side, Patrick Henry guard Shelby Fiddler will be in the Division I ranks after signing with Niagara.

The usual in-season tournament schedule has a different look.

The K-Guard Classic at Salem Civic Center, the Lea’s Winter Classic at Roanoke’s Berglund Center, the 540/Flycodes Invitational at William Fleming and the Austin Cloyd Memorial at Blacksburg are not on this year’s slate.

While Cave Spring is not running the tournament in Salem, the Knights are holding a two-day, four-team boys event in its place this weekend with Hidden Valley, Carroll County and Jefferson Forest.

Auburn’s boys will take a trip to Florida to play in the KSA Classic on Dec. 16-18.

Carroll County’s girls will play in the Smoky Mountain Classic in Gatlinburg, Tennessee on Dec. 20-22.

Pulaski County’s girls are in a tournament in Greeneville, Tennessee, on Dec. 28-31.

The road to Richmond

The VHSL will return its boys and girls state championship games to Virginia Commonwealth University’s Siegel Center in Richmond after the 2021 finals were played at high schools across the state.

Region runner-ups will advance to the state tournament. Quarterfinals and semifinals will be played at neutral sites.

The VISAA will hold its boys state tournaments March 4-5 at Virginia State University in Ettrick.

• Salem will play its home games at Andrew Lewis Middle School because of ongoing renovations at the high school. The Adam Ward tournament has been moved to Glenvar.

• Martinsville’s boys and girls are scheduled to play their first games in more than 20 months after sitting out the entire 2020-21 season because of COVID-19.

Long before he was governor, Northam helped Floyd family through 'the lowest time of our life'

Dr. Ralph Northam, then a pediatric neurologist at Children's Hospital of the King's Daugthers in Norfolk, helped Brian and Desirae Harman navigate a tragic situation with their 4-year-old son.

Northside rallies just in time to turn back Lord Botetourt

Cave Spring played solid defense and ran a transition offense efficiently to take down Pulaski County, which had only eight healthy players.

Page Moir, who was the longtime head coach at Roanoke College, has joined the private-school boys basketball coaching ranks at North Cross.

Radford’s Miles Jones (second from left) shoots over Northside’s Bryce Hall at the 2019 Adam Ward Classic at Salem High School. The Adam Ward Classic is among the tournaments returning this season, though it will be moved to Glenvar.