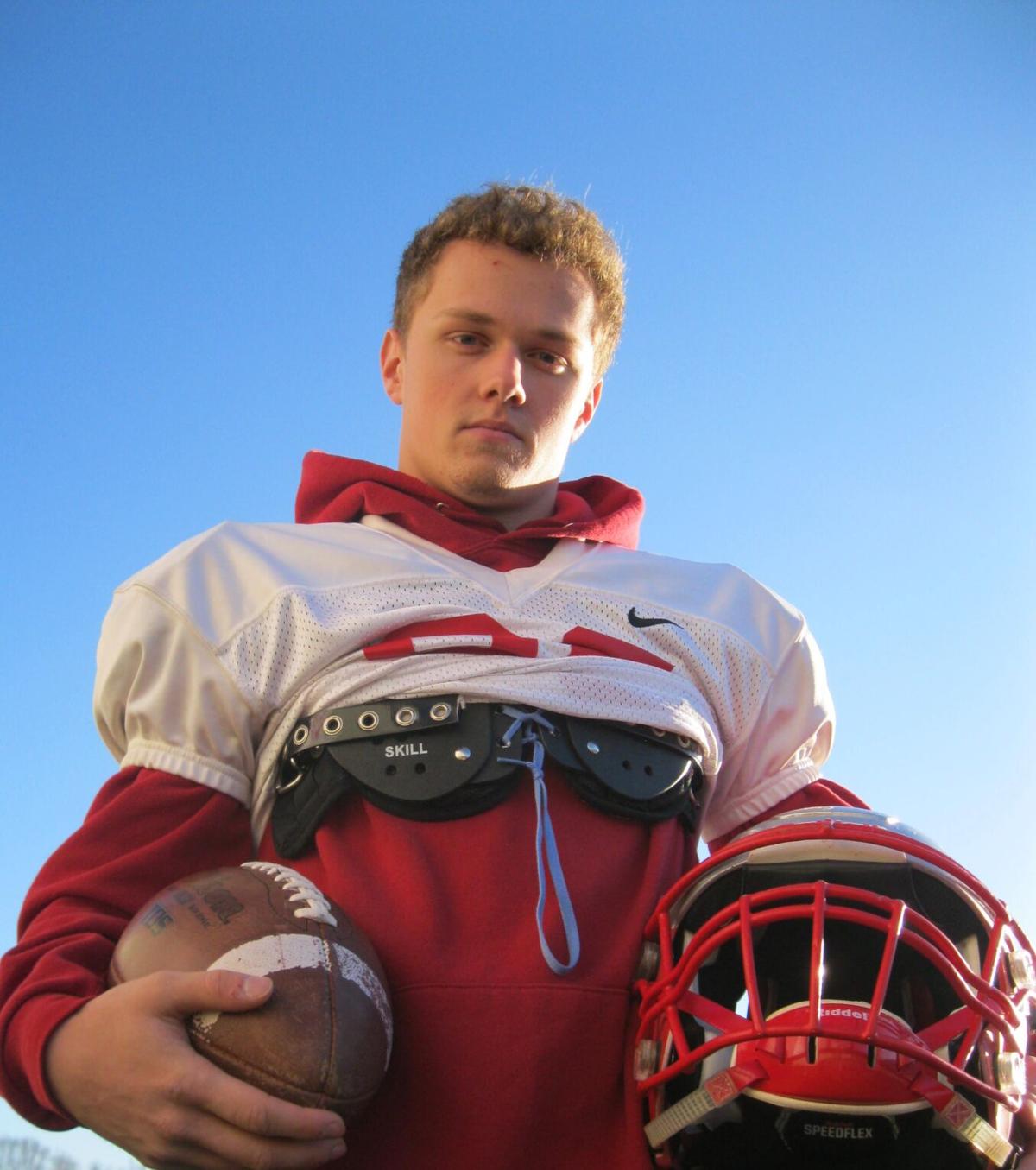 Senior Joey Isaacs played a key role in getting Lord Botetourt to the regional title game Friday night in Abingdon. 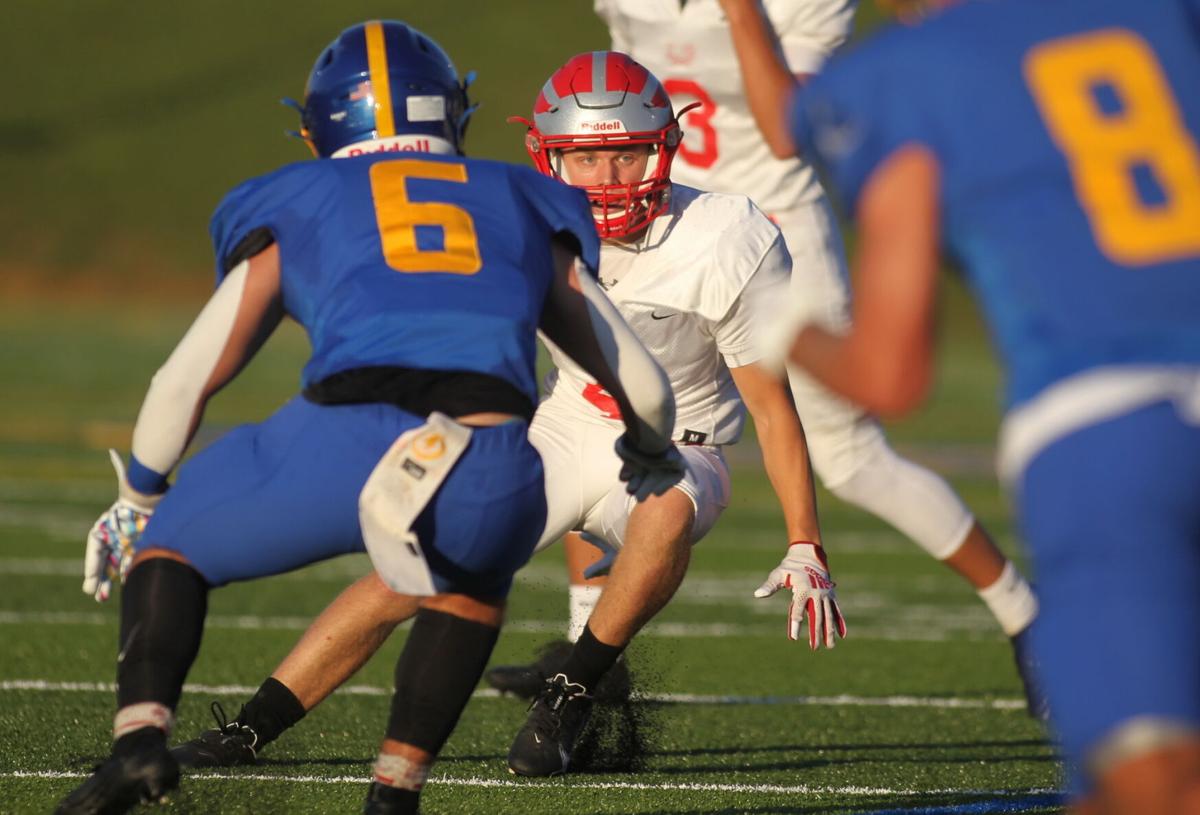 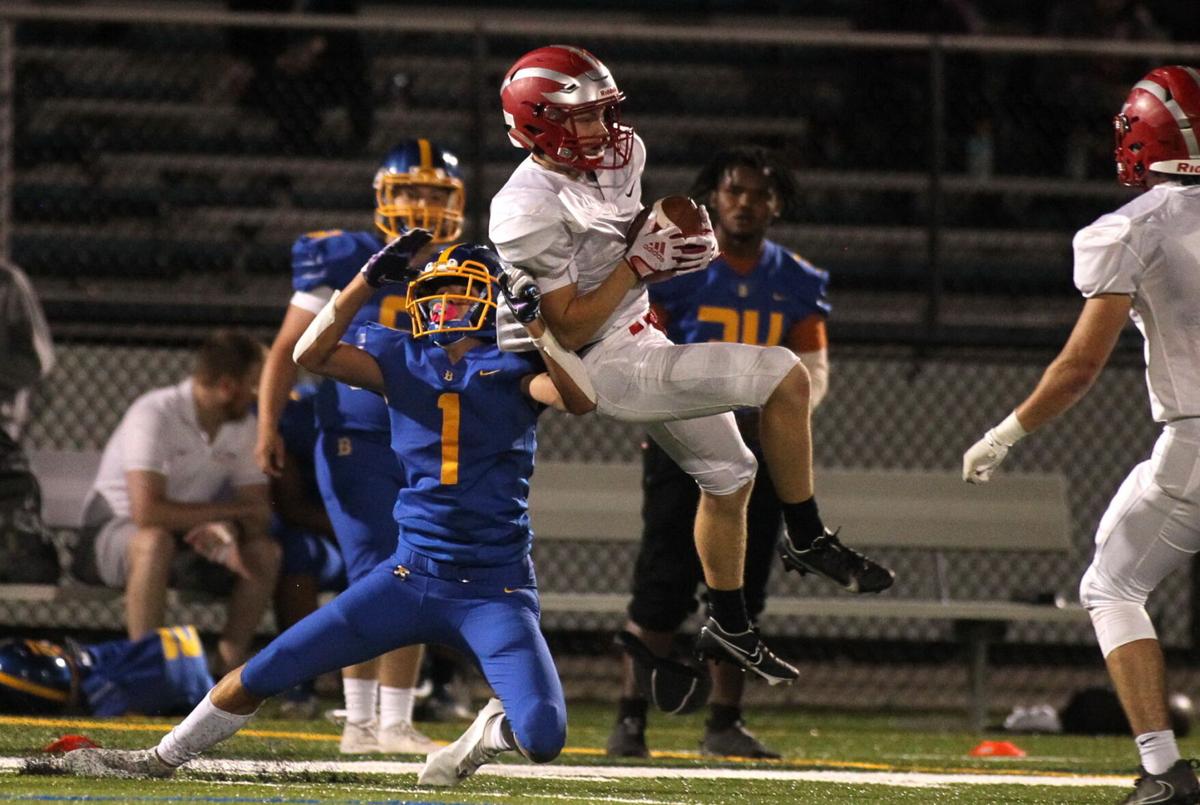 DALEVILLE — Timeless wisdom holds that we are to be judged by our deeds and not our words, and character is revealed when no words are spoken or witnesses present.

In such light do we learn something about Joey Isaacs, a football player of note for Lord Botetourt High who had a disproportionate impact on last week’s Region 3D semifinal victory over Christiansburg. The Cavaliers (8-3) play at 7 p.m. Friday in Abingdon for the regional title.

Although Isaacs, a senior, is capable of considerable feats on a grassy stage 100 yards in length, a more subtle but no less telling example of his makeup begins at 5 a.m. on school days in season.

At the bell he’s out of bed and soon on the way to his home gym where unsupervised he will commence about 5:30 to go through a similar weight-training regime as his Cavaliers teammates.

Why does he go solo on the weights when the rest of the guys work out over at school? We’ll get to the community college engineering classes in a minute, but suffice to say now Isaacs has to adjust his schedule to accommodate both academics and football.

Engineering class then Calculus II from 8-11 a.m. all the way across Roanoke at Virginia Western Community College is his daily schedule after his dawn home workout. Then it’s back to LB for the rest of the academic day and football practice, with consecutive indoor and outdoor seasons of running track.

College-style homework awaits nights after the last whistle sounds on athletics for the day.

It is said character is revealed when we do what we should while nobody else is watching. It is probably unnecessary to point out that no coaches show up to supervise Isaacs’ sunrise weight sessions.

Ergo in this instance, Isaacs is giving us a glimpse of his character.

There is little guessing involved to deduce character plus brainpower plus athletic ability have blended impressively into a high impact contributor to the Cavaliers’ gridiron success.

“He has a tremendous grasp of playing in space and he just understands the game of football. Joey’s a very intelligent young man,” Lord Botetourt coach Jamie Harless said.

Some players are smart, others are hot, in the gambler’s sense of the term. Isaacs is both. It’s hard to remember a high school player who has been on the type of multifaceted roll he’s had. For a visual, look no further than last week’s 28-27 thriller on the Blue Demons’ field.

Playing defensively at free safety, returning kicks on special teams, and sparking the offense as a receiver, Isaacs was busy:

Catching a 30-yard Jakari Nicely pass for a touchdown, out-leaping two Blue Demons defensive backs while relieving the safety of a football it appeared he had temporarily intercepted while at the same time all three tumbled to the turf as Issacs crossed the goal line. Both defenders appeared to be taller than he. “They usually are,” the 5-foot-8, 158-pound Isaacs said. That was the Cavs’ last offensive play of the half before …

… returning the second half kickoff 88 yards for TD No. 2.

Stopping a Christiansburg scoring drive in the first quarter with an interception.

Halting another threat in the third quarter with a second pickoff.

Collecting the first-and-goal Demons fumble at the 5 that sealed the LB victory late in the fourth.

By any measure, Isaacs has it going. The interceptions were his ninth and 10th of the season, three of which were returned for touchdowns.

“And he had a pick six in one of our scrimmages,” Harless said. “I’ve never had a kid have 11 interceptions and four pick sixes in one season. He’s dropped a few, too.”

The scoring kickoff return adds to a total that began during the 2021 spring season with two.

Isaacs credited one of the interceptions against Christiansburg to astute film study and Harless’ correct call of the defensive set to counter a particular look. The second pass theft was a read-and-react play, Isaacs said.

“Last year I played cornerback, so I spent more of my time looking at the receiver than the quarterback. This year at safety, it is easier to make interceptions because I can see the whole field in front of me.”

Anticipating plays before they happen is a key to success in most sports, and Isaacs has an unusual knack for reading the receiver or the quarterback and moving to the spot where a pass is expected to be arriving.

“He’s lightning,” LB lineman Hunter McLain said. “Once he’s in the open and gets going, there’s no stopping him.”

Not even a 5 a.m. wake-up call for a challenging meeting with cold steel before school.

Virginia's Class 3 is the only division where a new football champion is sure to be crowned.

The Maroon Tide held the Fighting Blues' rushing workhorse to just 22 yards on the day.

Senior Joey Isaacs played a key role in getting Lord Botetourt to the regional title game Friday night in Abingdon.