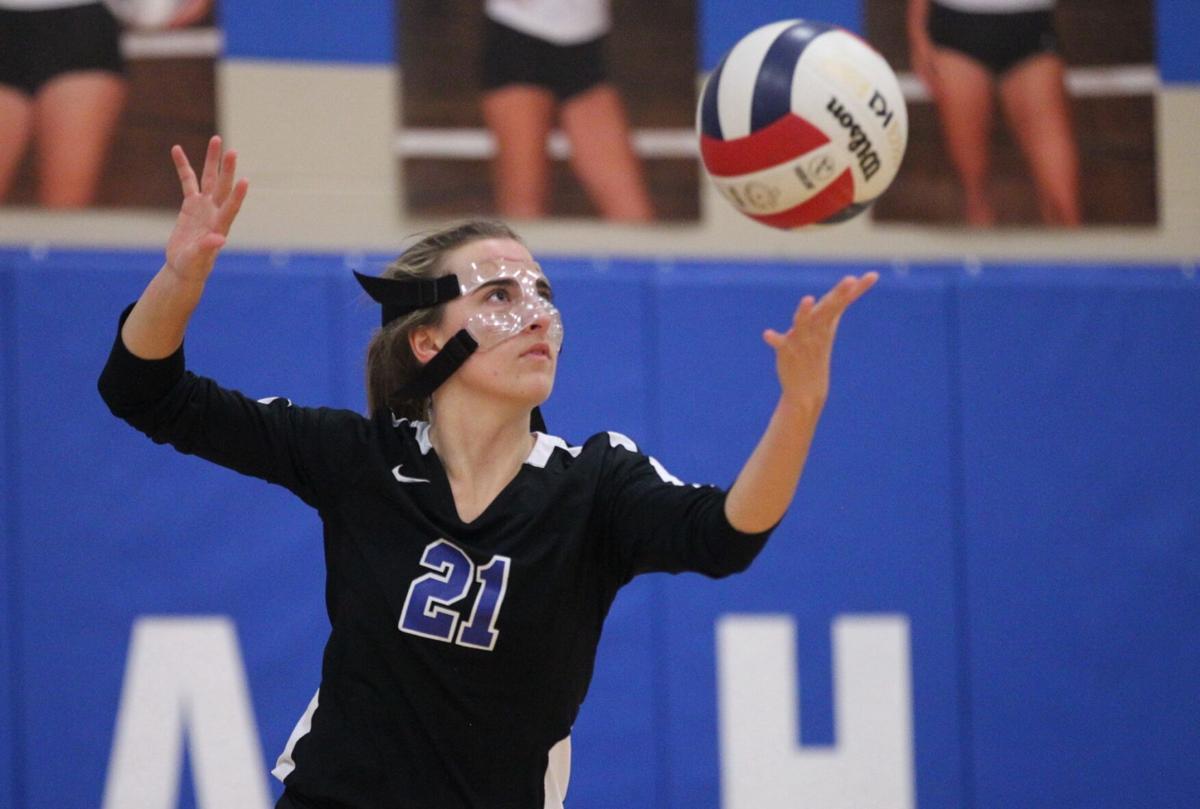 Auburn's Anna McGuire serves during the Eagles' 3-0 victory over Narrows in the Region 1C final. 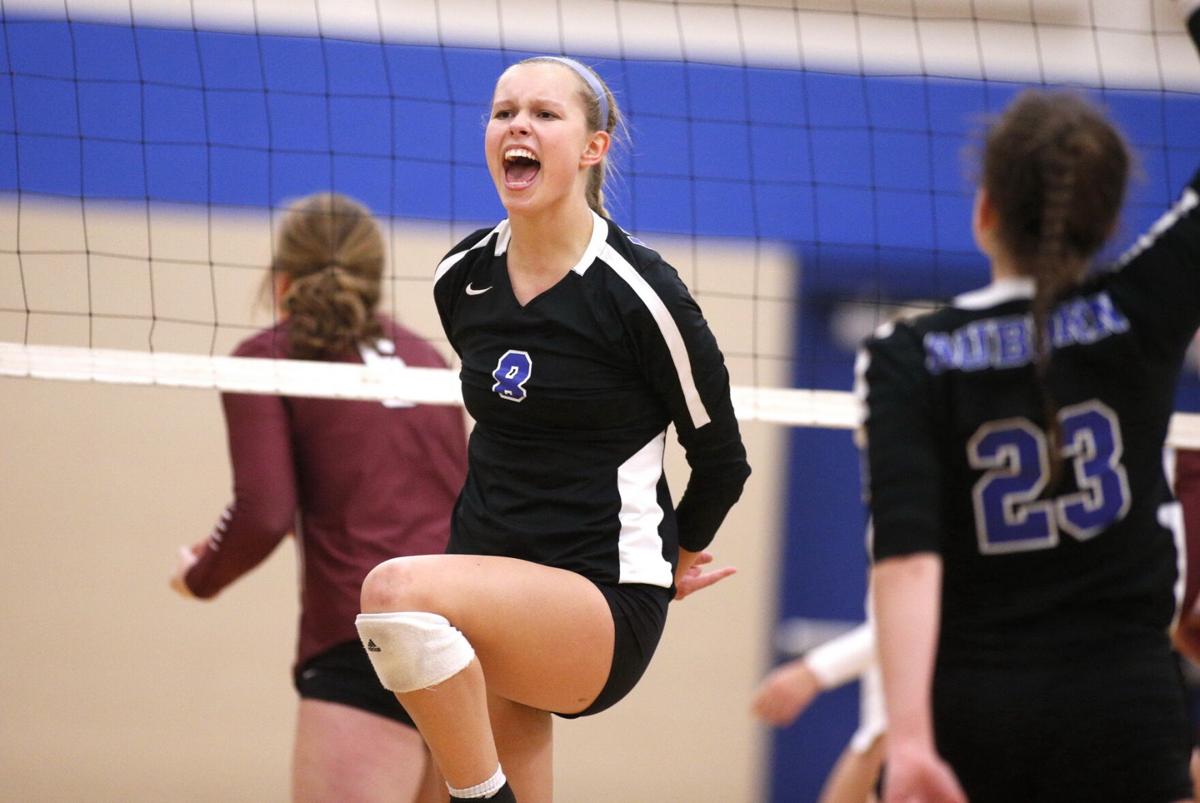 The Eagles trailed Glenvar 1-0 in early September and were on the way to losing the second set when one of McGuire's teammates accidentally hit the senior setter in the face with an elbow.

The blood was swabbed off the court. McGuire was patched up.

The senior returned to the court.

When Auburn faces Riverheads at noon Saturday at Salem Civic Center, the Eagles not only will aim for a third consecutive VHSL Class 1 championship, they will look to extend what already is a state-record 73-match winning streak.

Auburn defeated Riverheads 3-1 in the 2019 final in Salem and the Eagles stopped the Gladiators 3-0 in the 2020 season that was delayed and shortened.

"It's gone by really quickly," McGuire said. "Last season was kind of a blur. When I talk about my sophomore volleyball season it feels like it was last season, but it wasn't."

While McGuire returned to the Glenvar match and helped the Eagles to a 3-2 win before she exited with a foot injury late in the fourth set, she needed surgery a week later to repair her broken nose, which she still protects with a mask.

Madison Ketterer filled in at setter for several matches, and Auburn kept rolling while McGuire watched from the bench.

She will be front and center Saturday.

McGuire and middle hitter Allyson Martin are the two Auburn seniors looking to defeat Riverheads in the state final for the third year in row.

The Eagles are anxious to get back inside the civic center where they won last season.

"The court is definitely different," Martin said. "It's a different setting to be in. It was real exciting."

Auburn is going for a sixth state title under head coach Sherry Millirons.

She led the Eagles to three in a row from 2012-14 before she left coaching after the third title.

However, Millirons returned to the job in 2019 and can pull off a trifecta for the second time.

Winning has not become old hat.

Auburn's last loss was to Class 2 Union early in the 2019 season at a tournament at Patrick Henry-Glade Spring.

Millirons has done all she could to test her team.

Auburn has 3-0 and 3-2 wins over a Lord Botetourt team coached by her sister, Julie Conner, and a pair of 3-2 victories over Glenvar, which happens to be playing for the Class 2 title Saturday afternoon.

The other 27 wins this year were all by 3-0 or 2-0 scores. Only nine opponents during the 73-match streak have taken a set off the Eagles in any match.

"I've got great kids," Millirons said. "They work hard. They don't get ahead of themselves. They stay focused for the most part."

Sustaining focus was a challenge in the delayed 2020 season this spring.

With many Auburn players competing on club teams at the same time, managing practice time was difficult.

"I had so many kids playing travel volleyball," Millirons said. "I couldn't tell them they couldn't do that. They tried out for these teams in October not knowing whether the VHSL was going to let us play or not.

"There was a stretch in March where Allyson played 21 straight days."

Martin played for a New River travel team that went to Louisville, Indianapolis and Pennsylvania on weekends in between her high school matches.

"I was definitely tired, but it was just fun playing," she said.

McGuire has no lack of energy. She has played on two state championship girls tennis teams at Auburn, and she teamed with Sara Nichols to win the Class 1 doubles title last spring.

Now she is on the verge of helping Auburn stretch its impressive streak to 74.

"It's awesome," McGuire said. "I'm glad I've been able to be a part of it. It's really unbelievable that we're making history."

Defense stands tall as Salem heads to the state semifinals

The Maroon Tide held the Fighting Blues' rushing workhorse to just 22 yards on the day.

Virginia's Class 3 is the only division where a new football champion is sure to be crowned.

The fifth time meeting in the playoffs was not the charm for the Roanoke County school.

ABINGDON — Shortly after accepting the job as head football coach at Abingdon High School four years ago, Garrett Amburgey had a long discussi…

Auburn's Anna McGuire serves during the Eagles' 3-0 victory over Narrows in the Region 1C final.