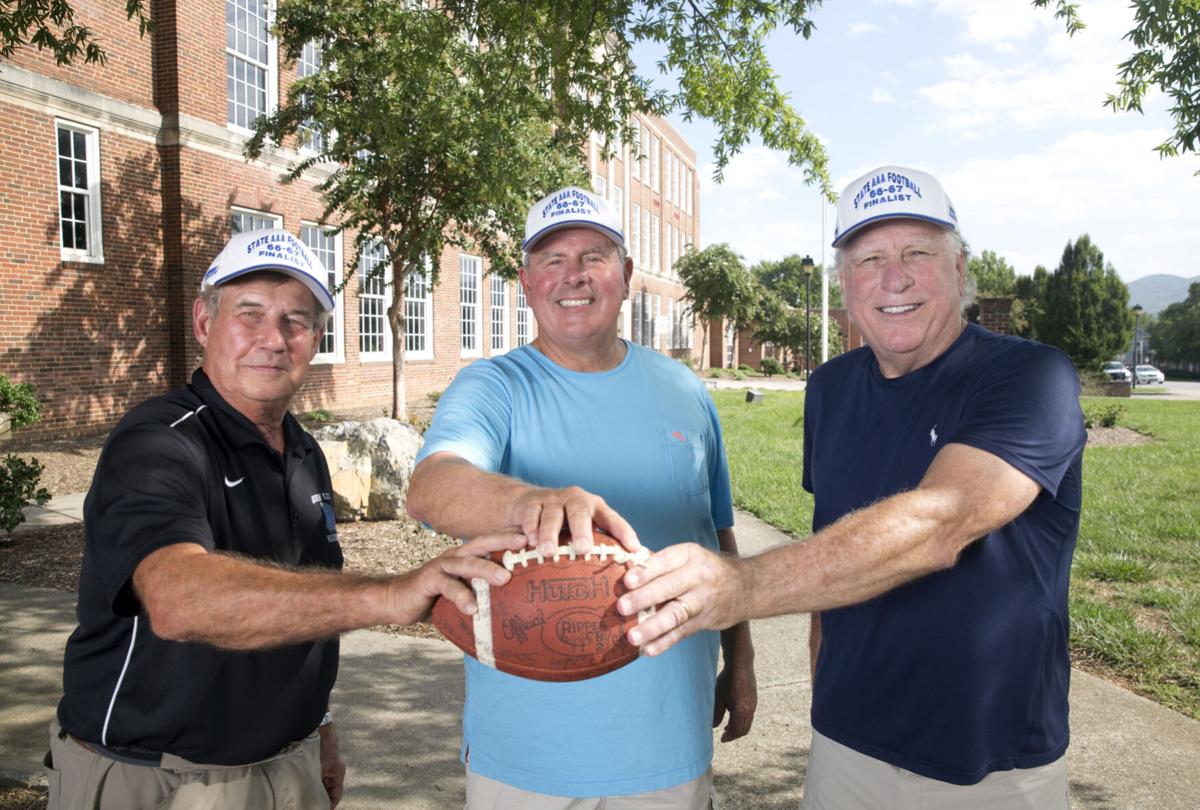 Former Andrew Lewis football players (from left) John Givens, David Shelor and Charlie Hammersley took a charter flight with their team to Hampton for a regular-season road game in 1967. The flight was delayed and they almost missed the game. 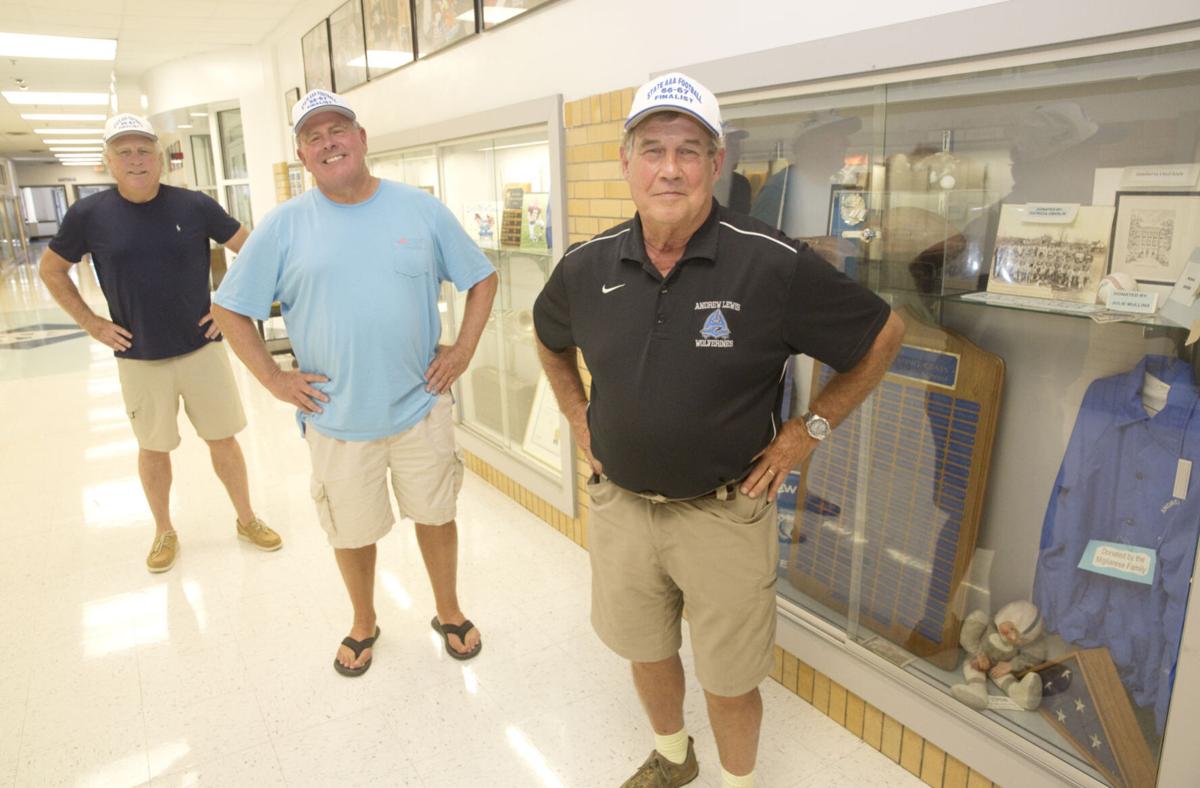 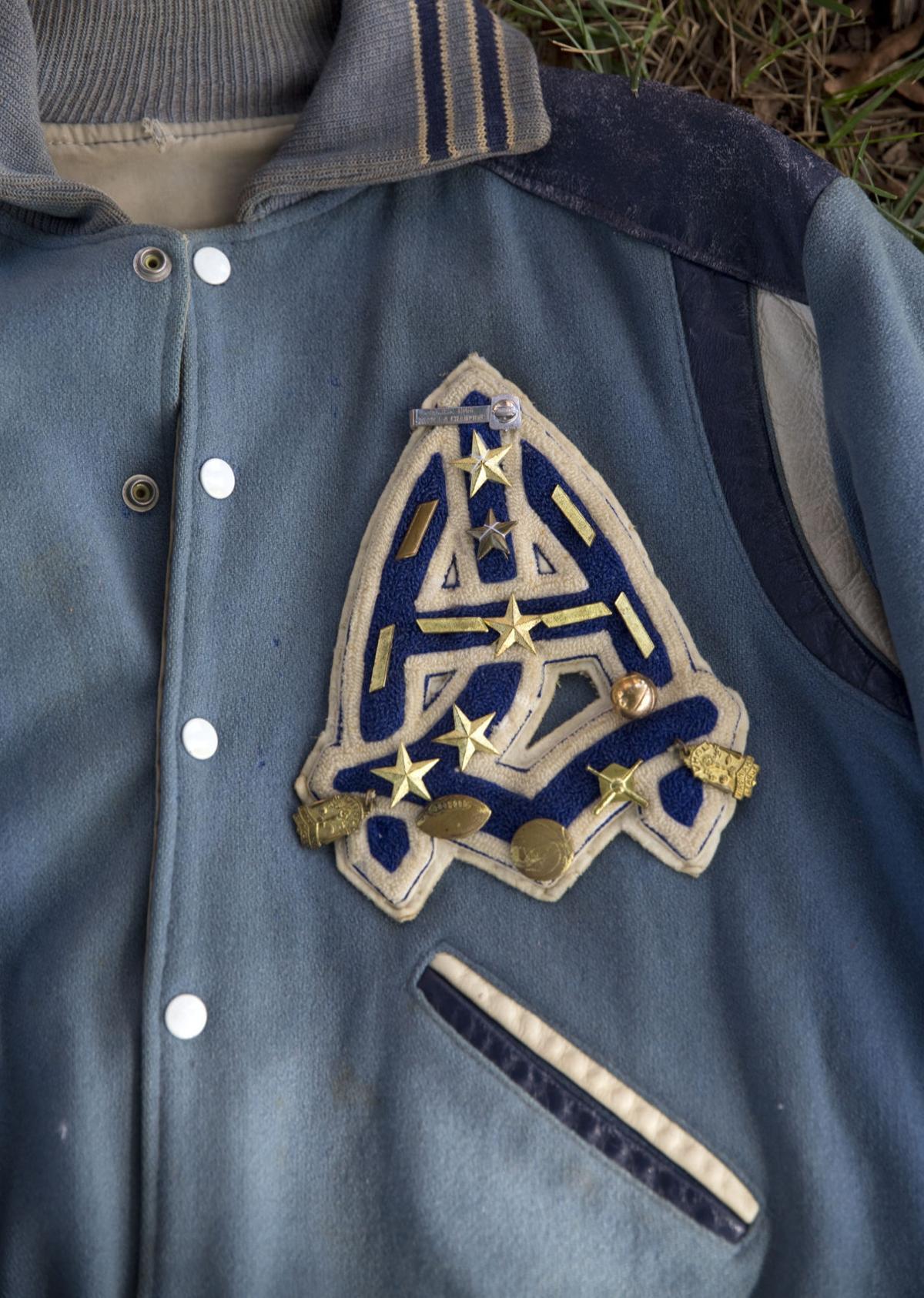 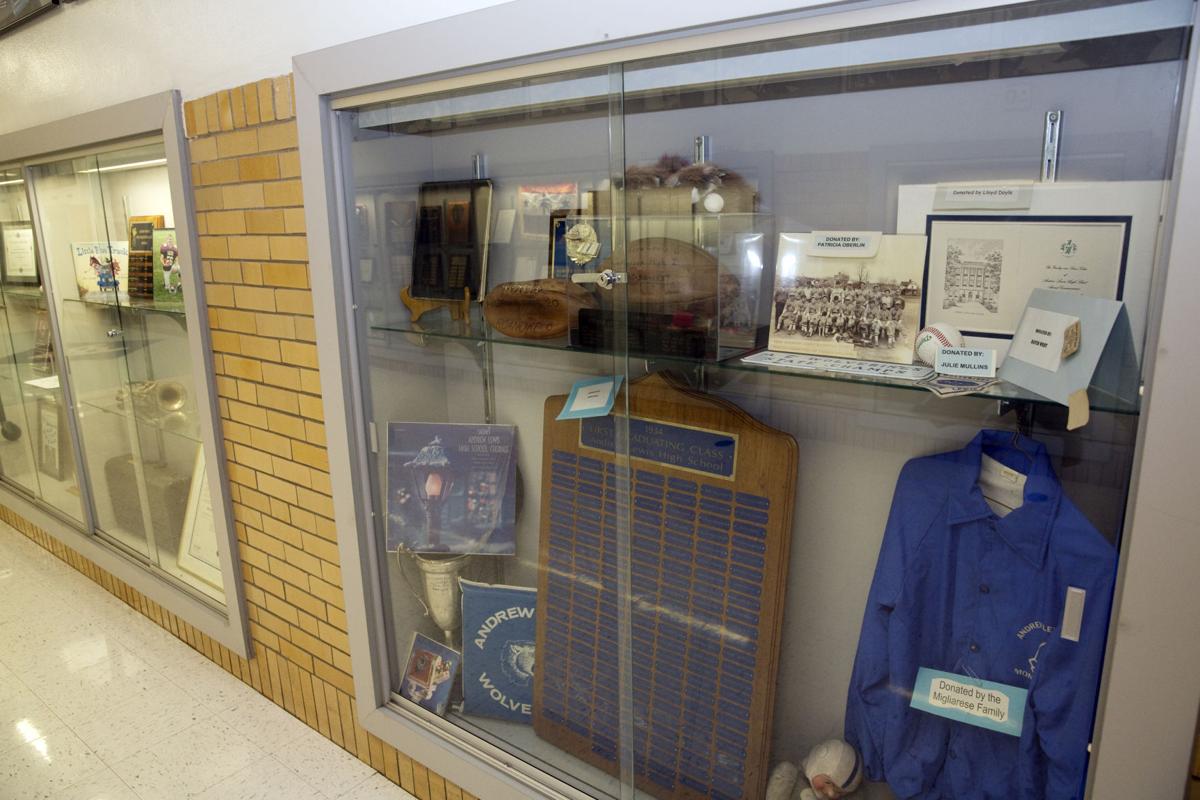 Look! Up in the sky!

The old school in Salem on the corner of South College Avenue and East 4th Street was known for putting footballs in the air with prolific quarterback Hal Johnston Jr. in the 1960s and later with Eddie Joyce Jr.

But 53 years ago, the entire team took flight.

The Wolverines scheduled a road game against Hampton High School on Saturday, Oct. 6, 1967, and instead of taking a bus for a four-hour trip to the Tidewater region, the team booked a Piedmont Airlines charter flight.

Let that sink in.

For a high school football game.

The preposterous idea was unheard of, but it fit the style of Andrew Lewis head coach Eddie Joyce Sr.

Charlie Hammersley was a 16-year-old junior running back on the ’67 Lewis team, which had defeated Hampton 21-0 the previous year at Salem’s Municipal Stadium, now known as Kiwanis Field.

For the rematch, the Wolverines assembled at Roanoke’s Woodrum Field with a mix of adrenaline and trepidation.

“We were all excited, because a lot of us had never been in an airplane before,” Hammersley recalled earlier this week. “There were some people on there who were really [scared]. Of course, they didn’t have a choice.”

Joyce, whose 122 career victories in 15 seasons do not include 10 wins in 1962 that Lewis had to forfeit, was known for meticulous preparation.

However, the game plan for the Hampton trip changed dramatically when the team’s 3 p.m. departure time was moved back because low clouds hung over the airfield.

As 3 o’clock became 4 o’clock, and the time ticked closer to 5 p.m., the entire trip suddenly seemed in doubt.

The plane finally was cleared for takeoff for what Hammersley said was anything but a smooth ride.

“It was terrible,” he said. “Some people were getting sick. Everything that could go wrong seemed to go wrong.”

School buses were waiting at the airport in Newport News, but the players and coaches needed to save time before the scheduled 8 p.m. kickoff against the powerful Crabbers.

Ankles were taped on the plane.

“I even taped Charlie Hammersley’s shoulder because it came out of place on the plane,” Foster said.

The Wolverines finally rolled into the stadium’s parking lot close to 8 p.m.

“The stadium was packed and it was almost game time,” Hammersley said. “I remember the official coming in and saying, ‘If y’all are not on the field [soon] then we’re going to forfeit the game.’

“As soon as we came out there they blew the whistle and we had to start the game.”

Foster said the visitors were given 15 minutes to warm up.

The game began but Lewis was never really in it.

Before John Givens spent 21 years on Salem’s City Council and served a term as vice mayor, he was Andrew Lewis’ quarterback and a team captain along with fellow seniors David Shelor and Gary Moore.

Givens helped Lewis reach the VHSL Group 1-A state final in 1966, as the Wolverines lost 13-0 to Granby in a televised game at Foreman Field in Norfolk.

He scored big that day anyway.

A cheerleader from Great Bridge High School in Chesapeake named Tricia Copeland attended the 1966 final with a date.

Her beau told her to keep an eye on the Andrew Lewis quarterback and drew a circle around Givens’ name and number in the game program.

The loss to Hampton proved to be the only one for Lewis in a 10-1 season that was capped by a 40-7 victory over Richlands in the region championship at Roanoke’s Victory Stadium.

Annandale, Douglas Freeman of Richmond and Princess Anne of Virginia Beach were declared tri-champions based on the system the VHSL used in 1967.

“It cost us the state championship,” Hammersley said. “E.C. Glass had beat Hampton, and we turned around and beat E.C. Glass in Lynchburg for the first time in a long time. We ended up beating Richlands in the regionals but we didn’t win the state because of that one loss.”

Another low ceiling prevented the charter plane from returning to Roanoke. The team landed in Lynchburg and took a Greyhound back to Salem, arriving close to 3 a.m. with one extra passenger.

“The [flight attendant] on the plane was a girl from Salem,” Foster said. “She rode back on the bus with the team.”

It would stand to reason that after a delayed flight, a shutout loss and an unexpected return landing that Andrew Lewis would park the plane, never to be seen again.

“We went on one the next year,” Hammersley said. “Evidently, we didn’t learn our lesson.”

The 1968 trip to George Washington High of Alexandria turned out better for the Wolverines, who left a 32-6 winner.

Hammersley had high hopes for his senior year in 1968, particularly after he helped Andrew Lewis win the Group 1-A boys basketball state championship several months earlier.

A three-sport star, Hammersley never played a down as a senior.

He was a passenger in a Chevrolet Corvair driven by his cousin that slammed into a tree off Riverside Drive in Roanoke County.

Hammersley remembers waking up in the car. He sustained a broken femur and other complications that required him to be placed in a body cast from his toes to his chest.

Hammersley retired as the Parks & Recreation Director for the City of Salem.

He was in the stands at Liberty High School in 2004 for Salem High’s first-round game in the Group AA Division 4 football playoffs.

Liberty’s team took the field for warmups with no Salem Spartans in sight. The Salem team was sitting idly behind a traffic mishap on Interstate 81.

“I was in the stands that night wondering ‘What are they going to do?’ ” he said.

How could Hammersley not flash back to that foggy Saturday when he and his Andrew Lewis teammates were sitting idly in the terminal at Woodrum Field, now known as Roanoke-Blacksburg Regional Airport?

What if the Wolverines had been given more time to warm up?

What if the team had bused to Hampton instead of taken to the skies?

Heath Andrews has yet to throw a pitch for James River High School’s baseball team.

Former Andrew Lewis football players (from left) John Givens, David Shelor and Charlie Hammersley took a charter flight with their team to Hampton for a regular-season road game in 1967. The flight was delayed and they almost missed the game.