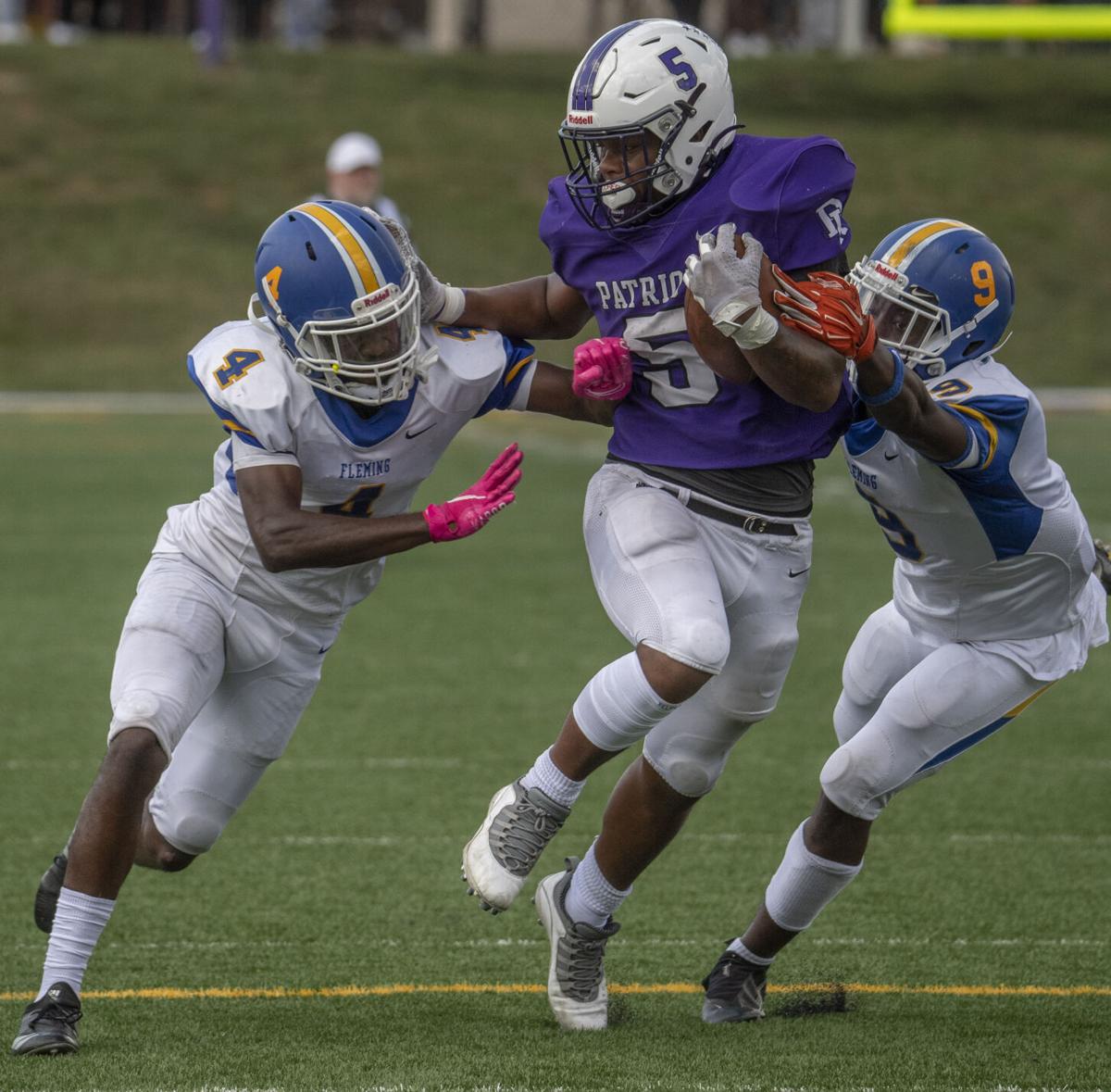 Patrick Henry running back Ar’Juan Webb breaks away from William Fleming defenders Louis English (left) and Devin Johnson for a touchdown on Saturday. 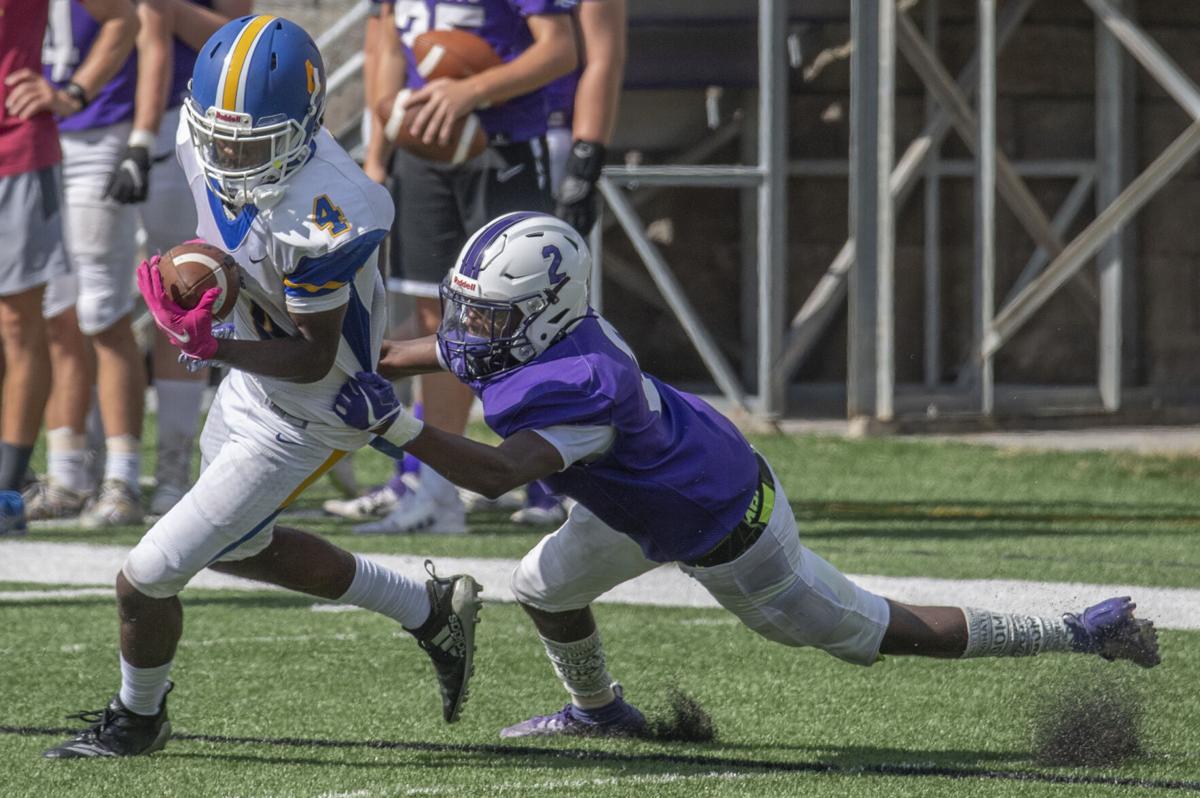 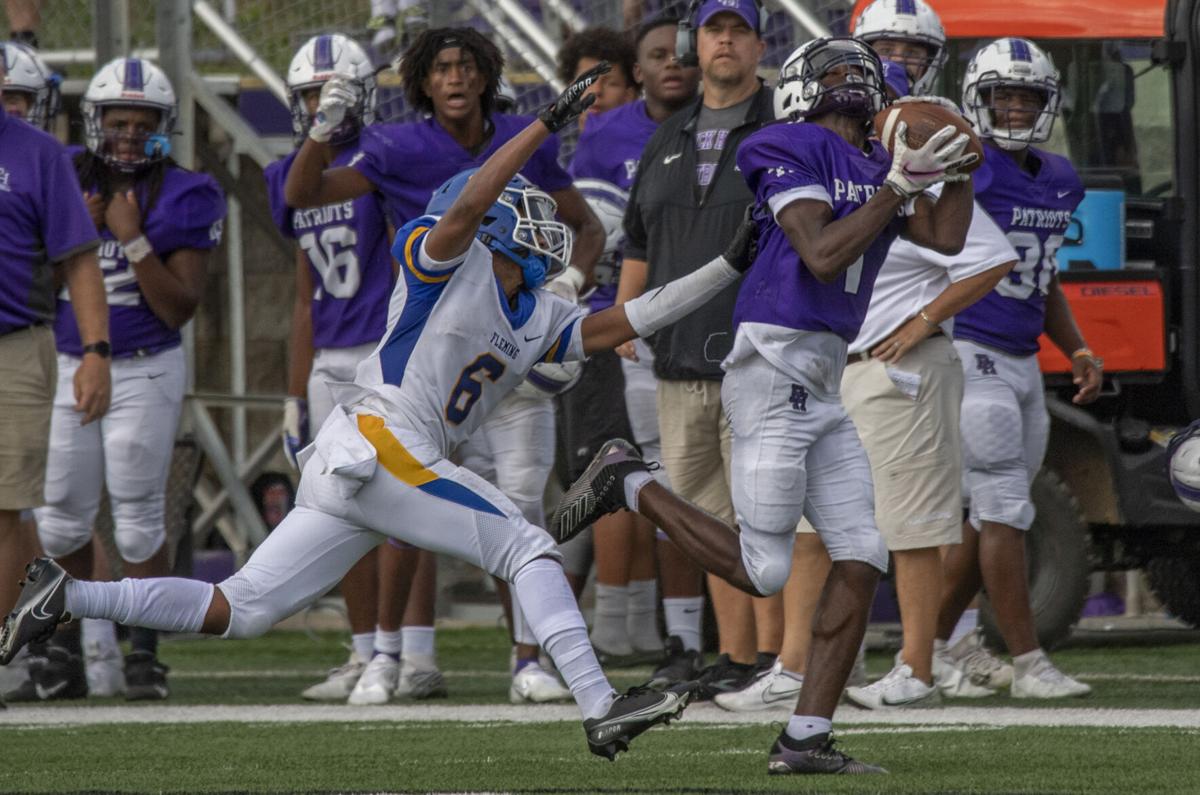 After missing their 2020 matchup due to the pandemic and the shortened spring season, Patrick Henry and William Fleming renewed their rivalry on the football field with a memorable encounter Saturday afternoon.

PH backup quarterback Carmelo Taylor’s 12-yard touchdown run with 4:11 left in the game was the fifth and final lead change of the second half as the Patriots edged Fleming, 32-28, at Patrick Henry High School.

“That was a great high school football game. We just made some plays when we needed to make some plays,” Patrick Henry coach Alan Fiddler said. “You saw two teams battling [it] out today. We just made one more play than they did.”

William Fleming (0-4) looked like it may have had the game-winning touchdown minutes before Taylor’s score when Colonels quarterback Dashawn Lewis connected with Louis English on a fourth-and-7 play for a 25-yard touchdown pass to give Fleming a 28-24 lead with 10:02 left.

On the ensuing drive, PH (2-1) marched 89 yards in 14 plays on the strength of running back Ar’juan Webb. Webb gained the first 58 yards on the drive, including a 21-yard pass reception on a fourth-down play.

“We were going to give it to No. 5,” Fiddler said of Webb. “He was fresh and we were starting to get a little momentum up front.”

Webb left the game with an injury after his pass reception, but his teammates picked up the slack the rest of the way as Taylor capped the four-minute drive with his 12-yard run to give the Patriots the lead for good at 32-28.

The Colonels had one last chance with the ball, but after advancing to their own 48, Lewis threw three straight incompletions.

“We got the big stop at the end,” Fiddler said. “Nobody was stopping anybody in the second half.”

The tone for the second half may have been set late in the second quarter. Fleming led throughout the first half, but while leading 14-6 in the last two minutes, Lewis was stripped of the ball on a scramble and PH recovered on the Fleming 37.

With just seven seconds left on the clock, the Patriots decided against attempting a field goal and cashed in on the turnover when starting quarterback Joey Beasley hit Taylor on a 14-yard touchdown pass just as the clock expired. Taylor was able to get a foot down in the back of the end zone to make it 14-12 at the break.

“That was real big before the half, but we gave up multiple fourth-down plays,” William Fleming coach Jamar Lovelace said. “Self-infected mistakes, man. We got a bad problem of hurting ourselves on this football team. We just made too many mistakes to win the game.”

On PH’s first offensive possession of the second half, Beasley hit receiver Tashaun Webb on a 78-yard bomb for a touchdown to give the Patriots their first lead of the afternoon at 18-14 with 8:12 left in the third.

The Colonels, however, responded with a 12-play, 59-yard drive that took four and half minutes off the clock. Senior running back Nahshon Bonds finished the drive off with a 1-yard TD run to make it 21-18 at the 3:36 mark of the third.

Taylor, who split time with Beasley behind center in the second half, gave PH the lead back on the next possession with his first score of the day on a 30-yard touchdown run with just 32 seconds left in the period to make it 25-21, setting up the dramatic final quarter.

Patrick Henry running back Ar’Juan Webb breaks away from William Fleming defenders Louis English (left) and Devin Johnson for a touchdown on Saturday.