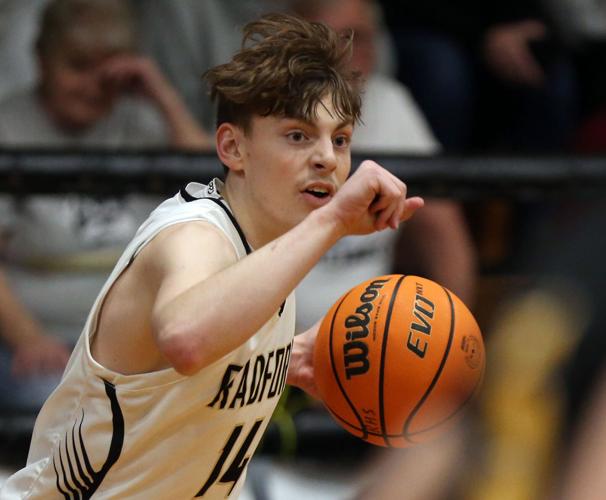 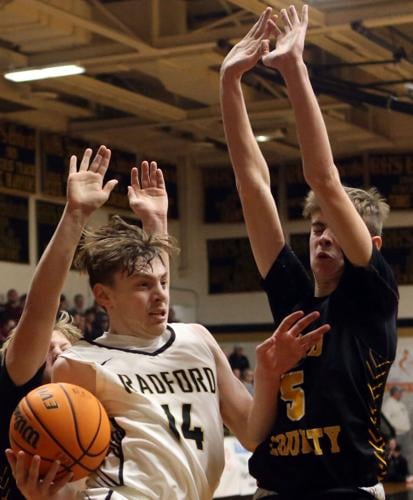 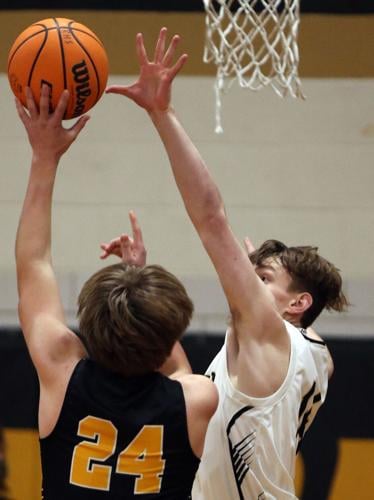 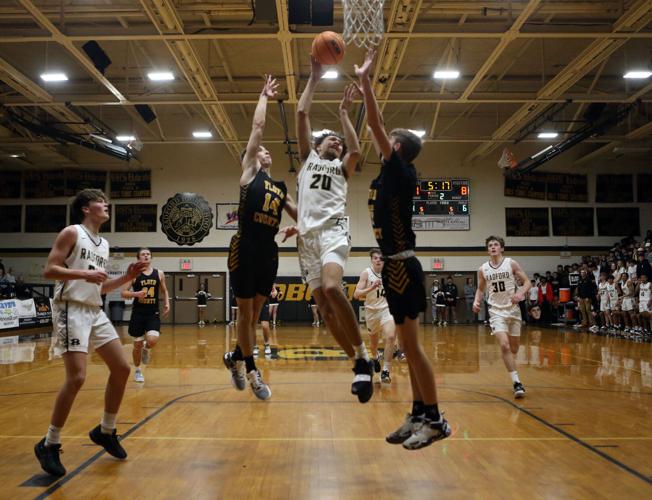 RADFORD — Rick Cormany has had a storied career coaching the Radford Bobcats boys basketball team. On Tuesday night, he was celebrated for one of his biggest accomplishments yet.

Cormany was given a game ball for becoming the second all-time winningest boys basketball coach in VHSL history.

He achieved the feat with his 755th win Jan. 3 against Alleghany. Radford celebrated it Tuesday night because it was the first home game since Cormany’s milestone.

“I didn’t even know that I [hit the milestone],” Cormany said. “It just means that you’ve been coaching too long.”

During Cormany’s 40 years of coaching, he’s battled Floyd County countless times. Every game is a hard-fought battle between the Three Rivers District rivals.

But Cormany extended his winning streak against Floyd County to seven straight with a 54-38 victory Tuesday.

Tuesday’s game started with a slow first quarter, as neither team could seem to put the ball in the basket. The defensive intensity was evident by both teams pressuring the opposing ballhandlers once they took a step across the half-court line.

“It was a very physical game defensively both ways and we just couldn’t finish inside sometimes,” Floyd County coach Brian Harman said.

Junior center Elijah Kelly was a main cog in the Bobcats’ dominant paint defense. He finished the game with four blocked shots.

“I guard everywhere,” Kelly said. “I help a lot, so I can block shots to help my teammates.”

The Bobcats went on an 11-0 run to start the second quarter, thanks in part to Kelly’s ability to score on smaller defenders using his 6-foot-8 frame. Kelly also showcased his dazzling handle and athleticism when he grabbed a rebound and went coast to coast for an emphatic slam.

“[Teammate Gavin Cormany and I] worked all summer trying to get our handles better because we know we had to step up this year,” said Kelly, who had 13 points.

Radford’s lone senior starter Parker Prioleau scored all 14 of his points in the second half.

“Coach and all of my teammates have been telling me to be comfortable with my shot,” Prioleau said. “So in practice, I just worked on it and I finally knocked some down today.”

Rick Cormany said Prioleau’s biggest contribution to the Bobcats was his defense. Like a hound dog that has no leash, Prioleau was causing problems for the Buffaloes’ point guards all night.

“I just like to give it all I got on the defensive end and hopefully [inspire] the team to play some great defense,” Prioleau said. “I like to bring the energy and get stops.”

“We’re not where we are without [Parker’s] defense,” Rick Cormany said. “We gotta get some guys to cut it loose like him.”

He was assigned to guard Floyd County’s Kaiden Swortzel, who Rick Cormany considers one of the best players on the team.

“He had to defend the horse for them all night long. I mean that [Swortzel] can score the basketball,” Cormany said. “He’s a load and is capable of scoring 30 points if you don’t battle him.”

“I played [Swortzel] last year, so I knew what to expect. I knew it was going to be a tough game,” Kanipe said. “He’s a big guy, but you just got to get around him and you gotta be quicker. You can prevent him from getting the ball, but once he gets the ball it’s not much you can do.”

Kanipe finished the game with 10 points after making multiple jumpers at the high post.

“A big focus this week has been getting comfortable taking those mid-range shots,” Kanipe said. “We knew how they were going to play us on defense. We knew that would be a big opportunity for us.”

Kanipe held Swortzel to 11 points, most of which came in the fourth quarter with the Buffaloes already down.

In the fourth quarter, the game got chippy as the referees called a technical foul against Radford after a dispute between players on the floor.

“We got the lead. Why would we get chippy and nasty?” said Cormany, who did not feel his team deserved a technical.

“I think it’s been a good season and we’re still growing,” Kelly said. “We got a bunch of young guys, but we’re getting there.”

“It means a lot to play basketball around here because the community is just amazing,” Saunders said.

The Patriots hit shots from 3-point territory, the mid-range and the paint.

Floyd County’s Kaiden Swortzel to play football at The Citadel

Swortzel said the structure, discipline and education will benefit him at The Citadel, 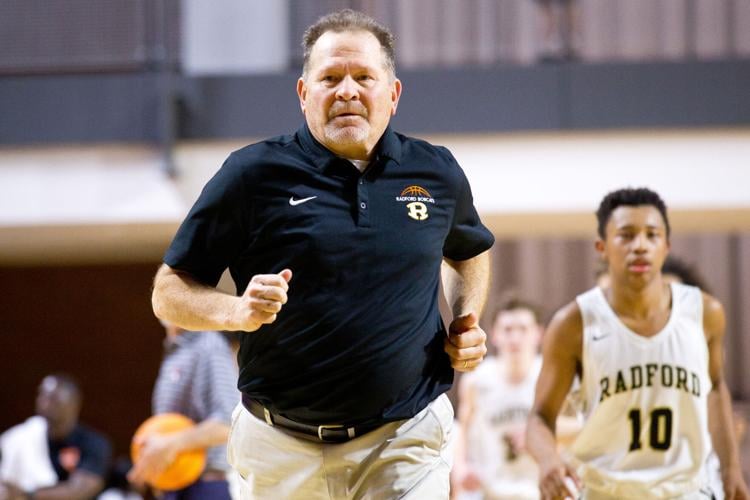