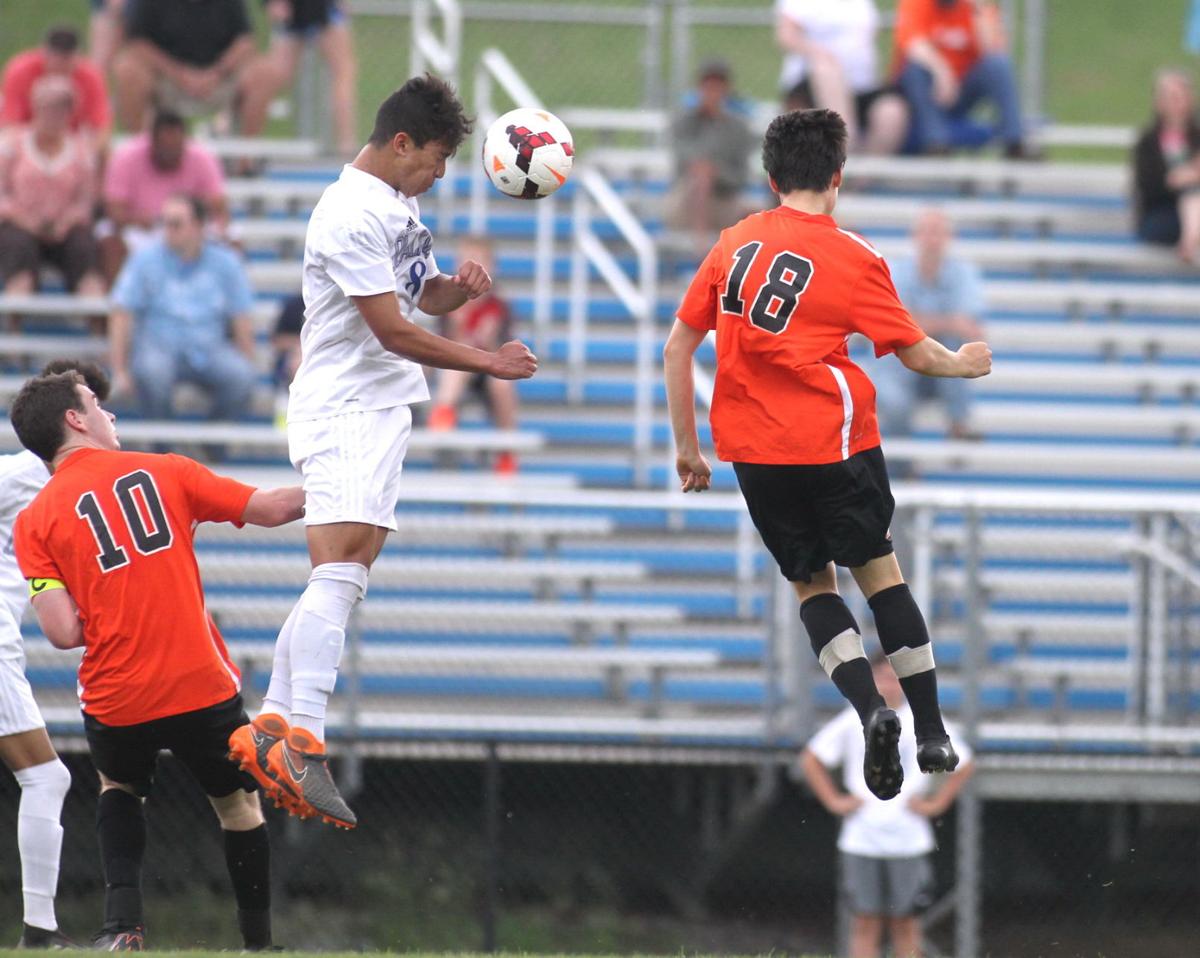 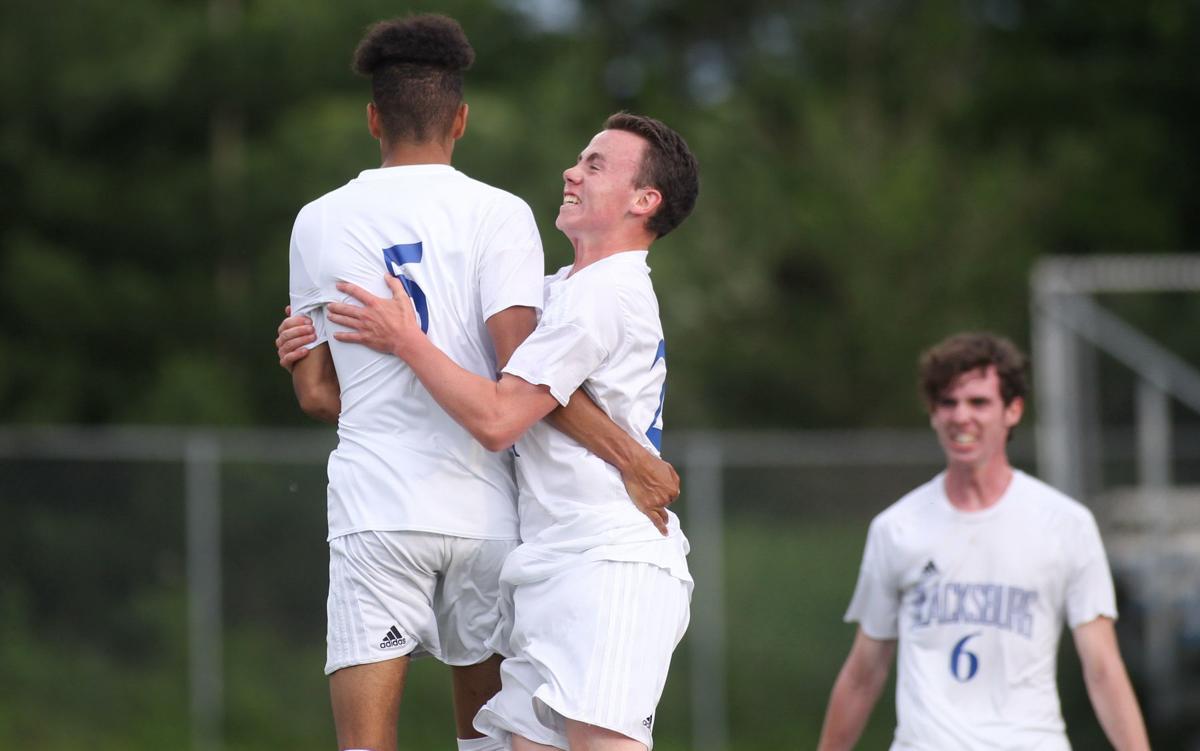 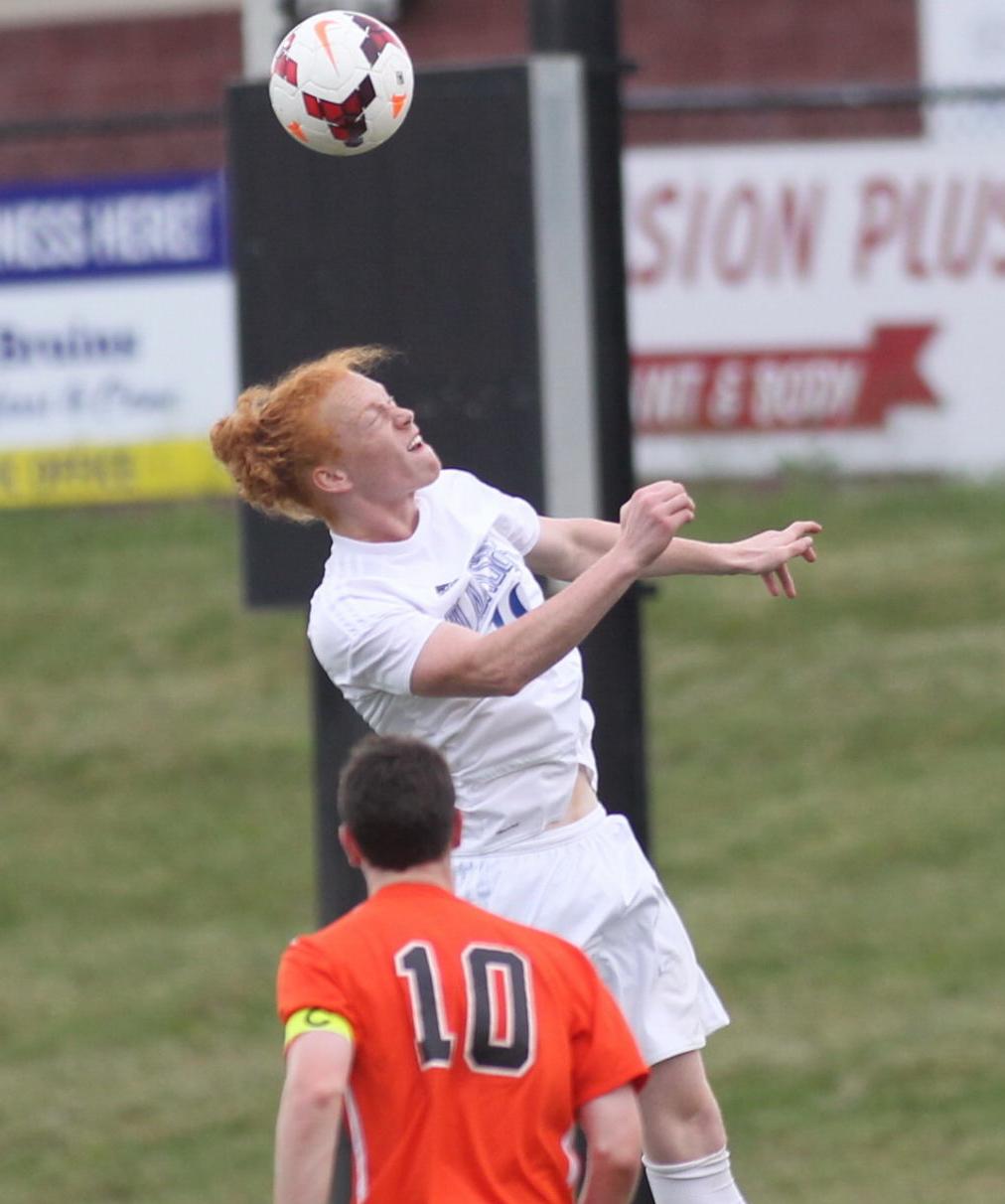 Blacksburg's Henry Carman goes up for a header near the Charlottesville goal. 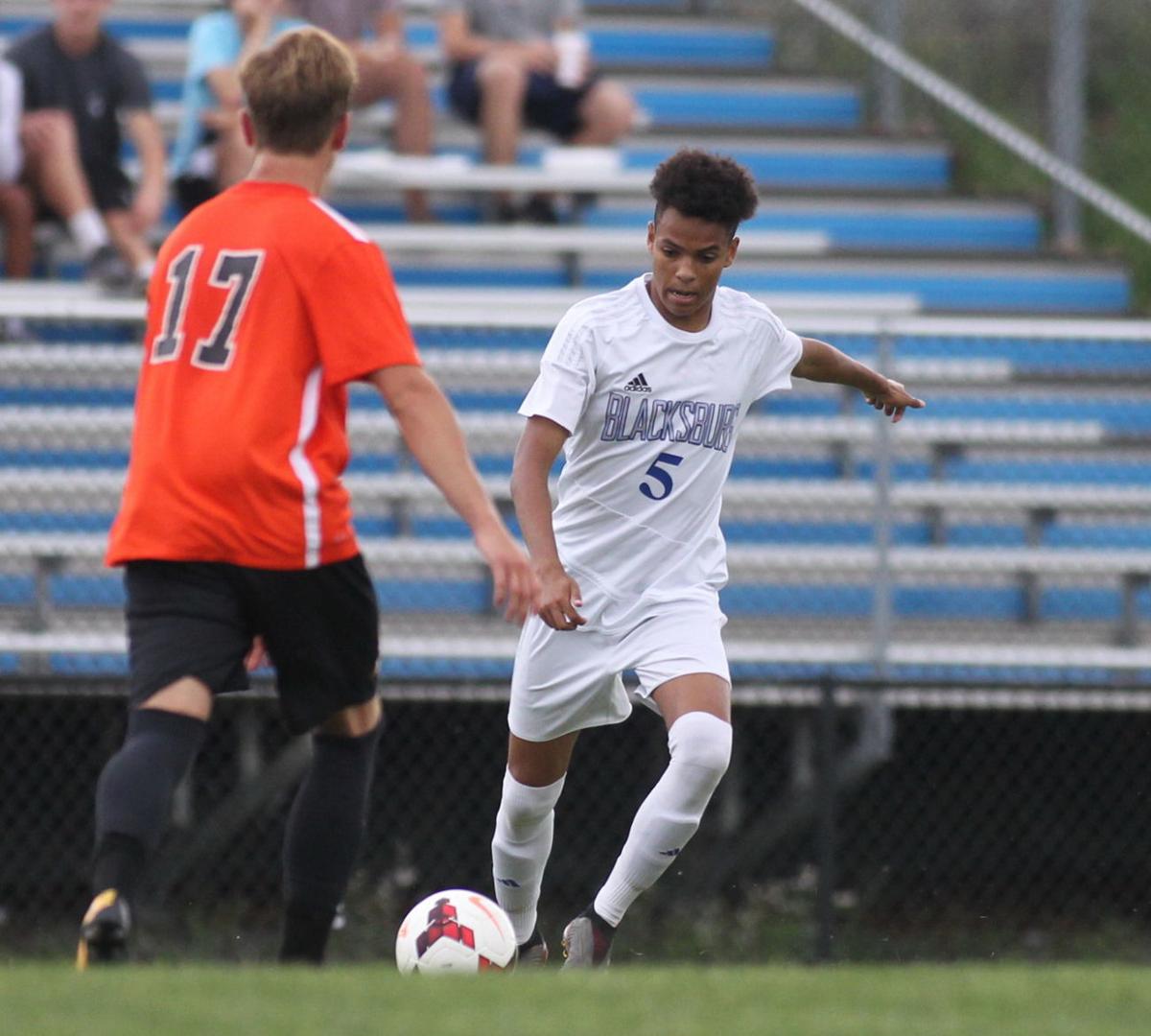 Blacksburg’s Alex Mills sends a pass downfield against Charlottesville. Mills scored early in the first half for Blacksburg in the Region 4D championship match.

BLACKSBURG — The way Friday’s night’s Region 4D championship game played out for the Blacksburg boys soccer team was much more preferable to the semifinal round, when things headed into overtime as a scoreless game.

That doesn’t mean the top-seeded Bruins’ 1-0 victory Friday against second-seeded Charlottesville wasn’t any less stressful down the stretch.

Blacksburg got an early goal from Alex Mills and played shutout soccer the rest of the way, fending off a few prime scoring chances by Charlottesville in the final minutes to secure its fourth straight region championship and 11th in the last 12 years.

“There toward the end, it was a little nerve-racking,” Bruins goalie Jordan Stevens said. “But we recovered.”

Blacksburg (19-0) will host Region 4C runner-up John Handley in the Class 4 state quarterfinals on Tuesday at a time to be determined, while Charlottesville (15-3) will travel to Region 4C champion Loudoun Valley on Tuesday.

Unlike the semifinal round earlier this week, when the Bruins didn’t score until a three-goal outburst in overtime to top Liberty Christian Academy 3-1, Blacksburg found the back of the net early Friday.

Tate Pospichal tapped the ball from close range straight into goaltender Herbert Ryan. It squirted loose to the side, right to the foot of Mills, who drilled it past a defender and into a wide open net for a 1-0 lead.

“It was kind of odd,” Charlottesville coach Stephan Cost said. “It was kind of bouncing around in there. But those are the bounces. They just had a guy right there and he knocks it in.”

The Bruins kept up the pressure, threatening on offense with several good scoring opportunities and not lagging on defense.

“I think sometimes scoring early can make you complacent,” Blacksburg coach Shelley Blumenthal said. “But I felt what it did for us was give us some confidence going up an extraordinary and talented team.

Every shutout needs a goalie to come up big in a few spots, however. Blacksburg got just that kind of effort from Stevens, who turned away a few shots late.

On one play in the final minutes, Stevens came out to make a play on the ball near the edge of the penalty box as his center back tried to pull out of the way. The center back’s toe tapped the ball slightly, though, and into some open space, giving Charlottesville’s Aiden Folger a free shot at the net. His shot sailed high.

“The guy had a wide-open goal and tapped it over,” Stevens said. “We were lucky.”

Stevens misplayed the ensuing goal kick, giving the Black Knights a late shot at the equalizer. Blacksburg’s defense recovered, however, holding on for the team’s 11th shutout this season.

“The defense is just fantastic,” Stevens said. “I have four amazing defenders. Our midfield gets back. It’s just great to have all these guys around me.”

The Bruins start yet another state title quest next week, their first at the Class 4 level. They finished runner-up in Group 3A the last four years.

“In some ways, I think we’re a smaller [Class 4] school,” Blumenthal said, “and I think these guys have really risen to the challenge and said, ‘We’re going to play good soccer and get better every day.’ ”

Blacksburg's Henry Carman goes up for a header near the Charlottesville goal.

Blacksburg’s Alex Mills sends a pass downfield against Charlottesville. Mills scored early in the first half for Blacksburg in the Region 4D championship match.