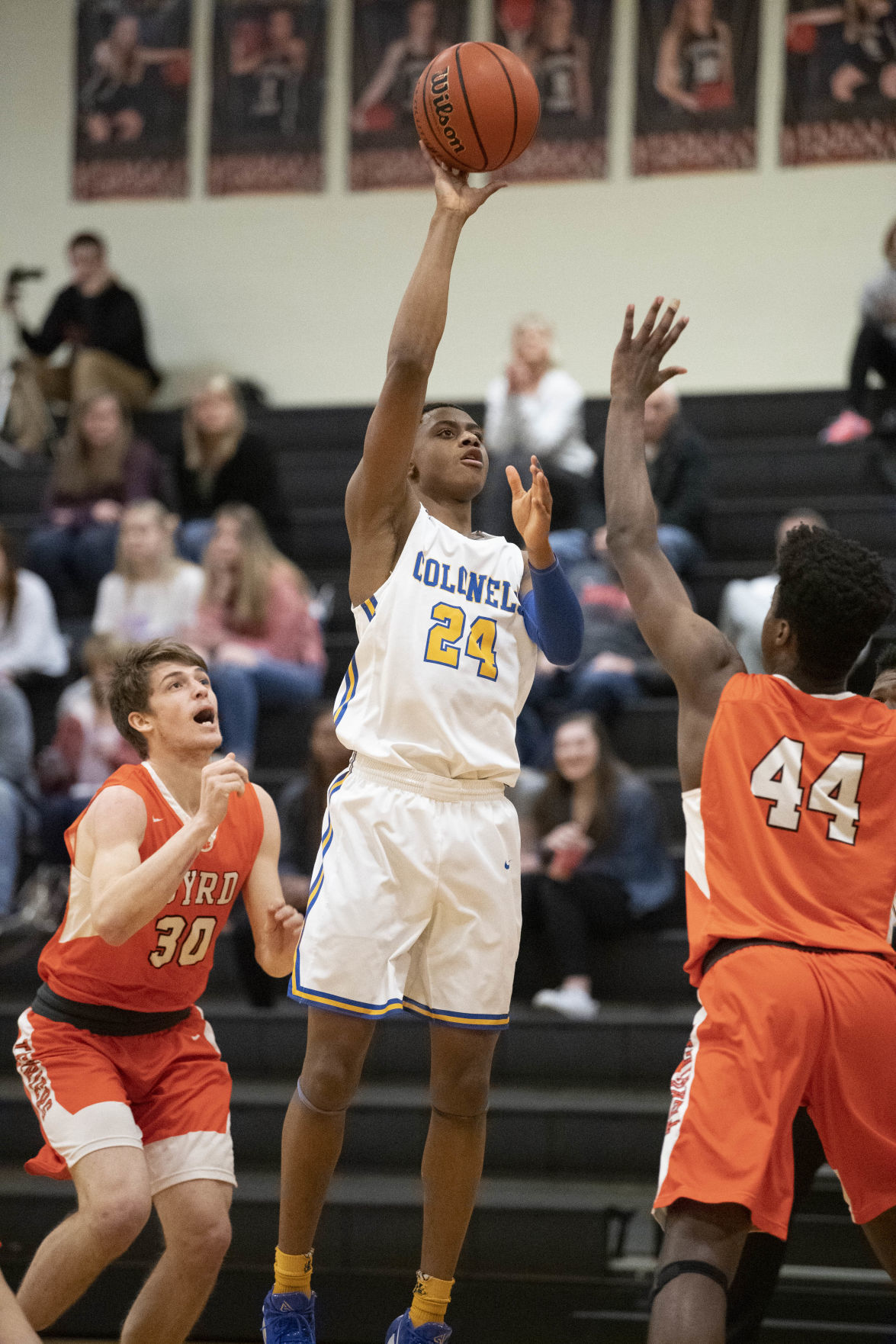 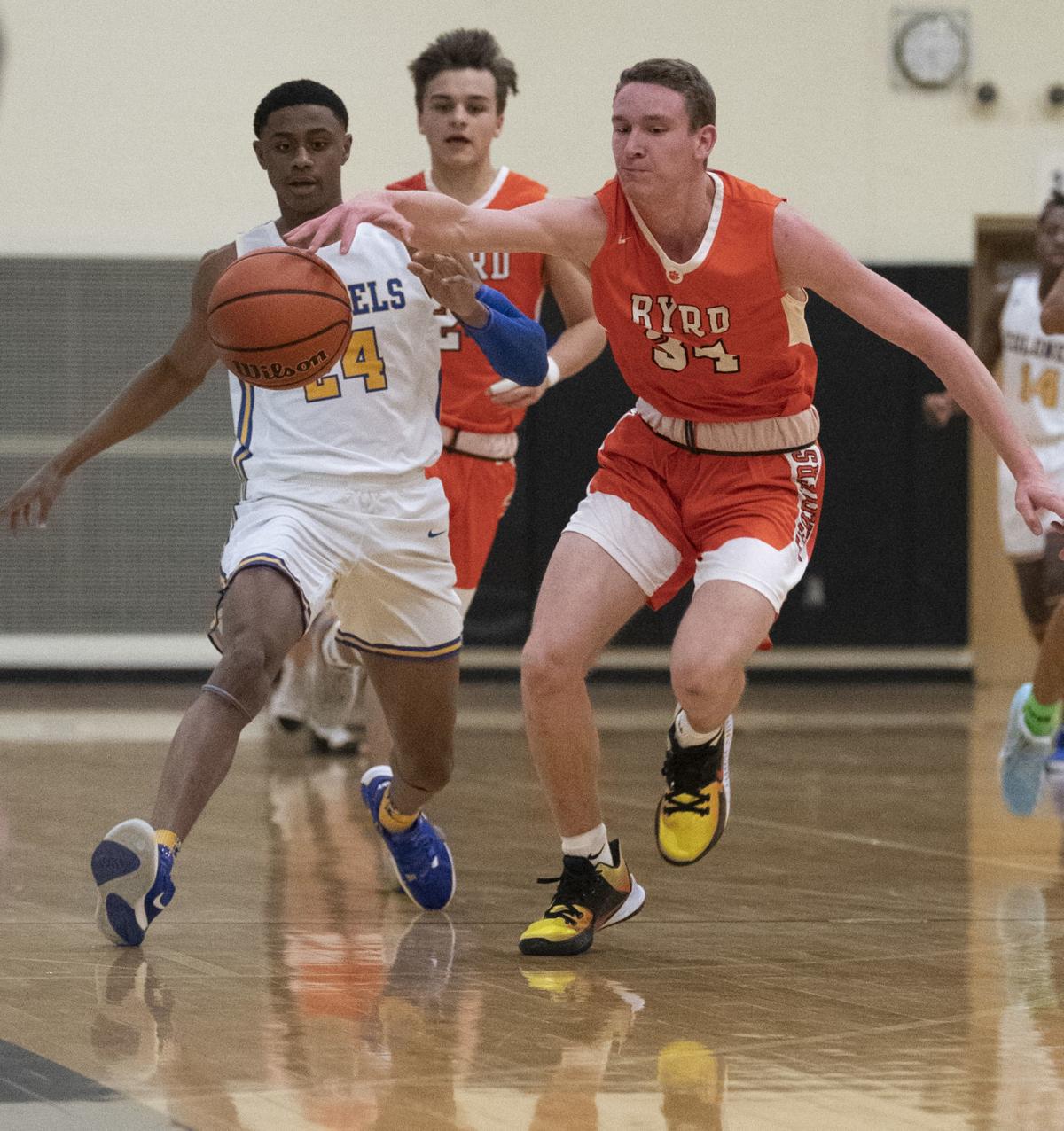 MONETA — The Blue Ridge District boys basketball tournament semifinal between top seed William Fleming and William Byrd was a contest for a half.

A quarter later, the Colonels were staging a runaway.

From a four-point intermission lead, Fleming subsequently raced off to a 20-point advantage in just eight minutes on the way to a 69-45 victory.

The Colonels (17-3) won their 13th straight game and will play Northside for the title. William Byrd (8-16) expects a No. 9 seed when the Region 3D tournament gets under way.

The increased vigor of the Colonels’ second-half play had something to do with a message their coach Mickey Hardy delivered to the team at the break.

“We had a halftime come-together speech,” Hardy said. “They responded. Byrd had played well in the first half and we did not. They knew it, and I knew it.”

Defensive pressure played a role for the winners, who forced six turnovers during the third quarter, as many as the Terriers had the entire first half. Fleming capitalized on those giveaways with 11 points as the Colonels were pulling away.

Another factor was Fleming’s 41-23 domination of the backboards. Christian Goode had a game-high 14 rebounds to go with nine points for Fleming.

“Coach always emphasizes rebounding,” Goode said. “That’s what I do. I like rebounding more than anything.”

Donovan St. Juste had five of the Colonels’ eight 3-pointers and scored 24 points. Left-hander Dashaun Grogan added the other three triples and finished with 17 points.

Grogan has been seeking the perimeter shot more often in the second part of the season.

“I started to shoot more because Coach told me to,” Grogan said. “Now I have more confidence in my shot and I’m letting it go.”

The Colonels drilled 10 of 14 shots in the third. With mostly reserves presiding late in the game, Fleming closed with a flourish by making five of its last seven shots from the floor.

“We started hustling back on defense in the second half,” Goode said. “We got back and read the passing lanes, and that’s what did it.”

“We started pressing when we got down,” Cunningham said. “When we got down 10-12 points, we starting forcing things and missing shots and giving up turnovers.”

“I tell you, I am so proud of these guys winning 13 straight ballgames,” Hardy said. “My hat’s off to them.”