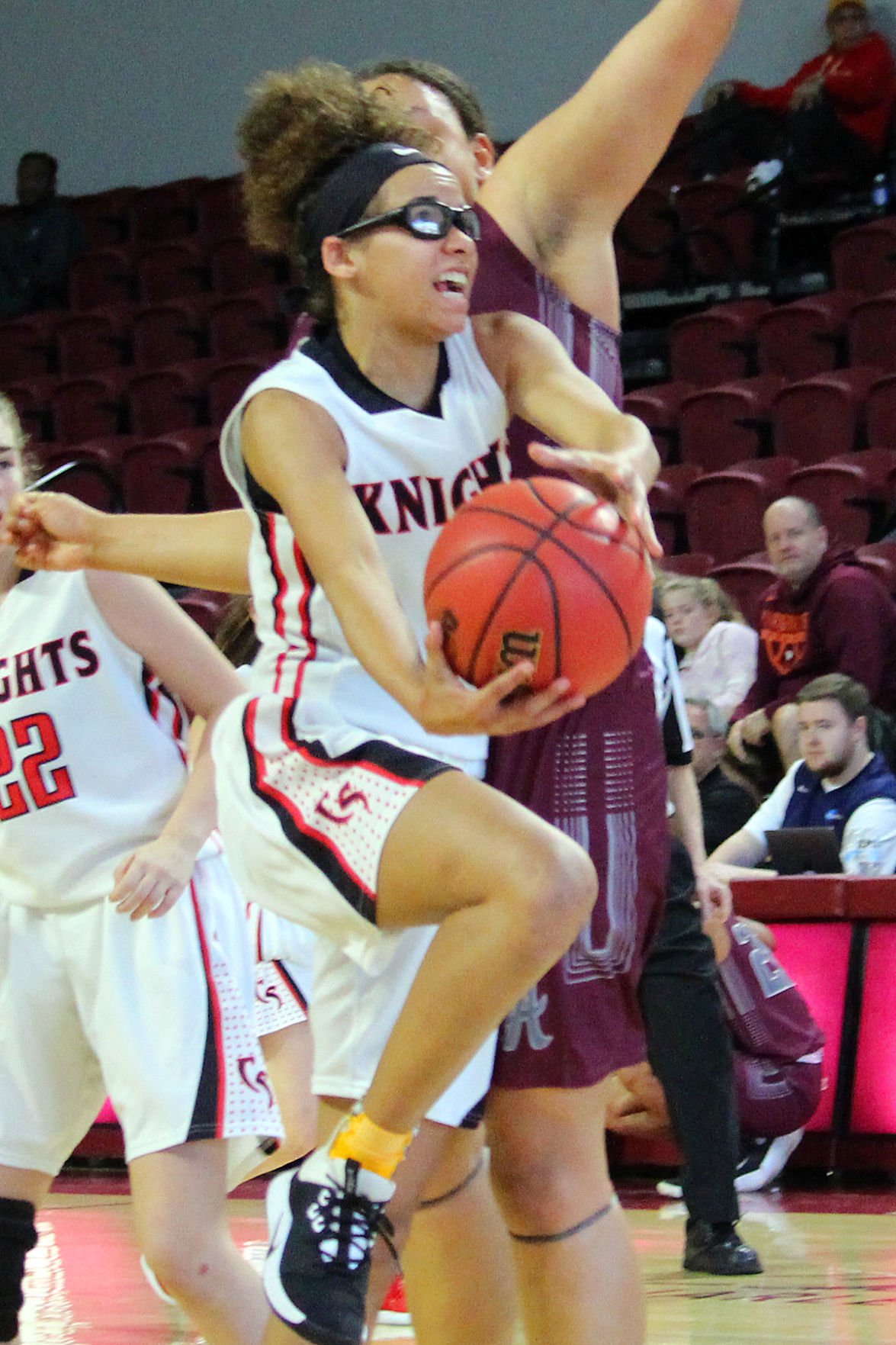 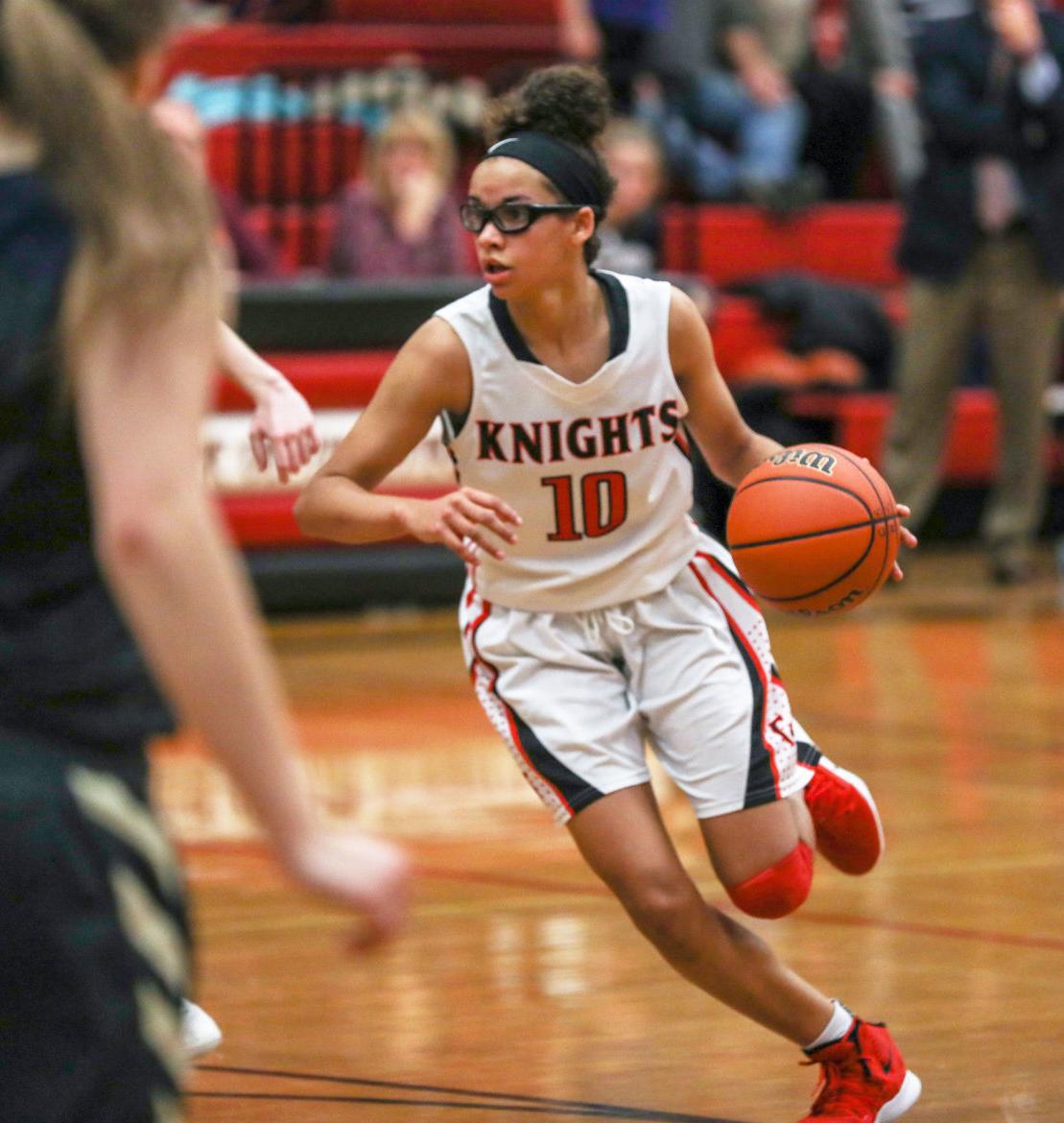 Renovations to Cave Spring High School have been under way for some time.

They haven’t stopped Zada Porter from nailing down her college destination.

Porter, a 5-foot-10 rising senior guard who made first-team All-Timesland for Cave Spring in 2019-20, has committed to play women’s basketball at Appalachian State.

Porter chose the Mountaineers over offers from Air Force, Charleston Southern and Presbyterian.

She said the ASU staff, led by head coach Angel Elderkin, has been recruiting her since the summer of 2016.

“Location was a big factor,” Porter said. “It’s not too far from here. My parents always wanted it to be in a day’s drive.

“App State has a beautiful campus. It’s a great school size, about 17,000, so I feel like if I went there I’d get the atmosphere of actually being in college as well as being a student-athlete.”

Porter said her relationship with Elderkin is another reason she chose the Sun Belt Conference school.

Elderkin, a former assistant at Virginia and LSU and an ex-graduate assistant at Tennessee, is a cancer survivor who is a former winner of the U.S. Basketball Writers Association Pat Summitt Most Courageous Award.

“That stuck out to me,” Porter said. “That tells me she’s a strong woman.

“You see what she’s done for the program. That showed me she was going to get it done and help me improve my game, but she was also going to teach me what it’s like to be a fighter outside in the real world.”

Porter was named the River Ridge District co-player of the year as junior, averaging 21.0 points, 8.5 rebounds and 4.8 assists per game as Cave Spring finished 14-9.

Porter said ASU recruited her primarily as a point guard with hopes of developing her into a wing guard.

“My 3-point game could use some work,” she said. “I would say I’m more of a slasher. I like to get to the basket. A head-fake and a one-dribble, that’s my thing.”

Porter plays in the offseason for the Lady Copperheads, a Bristol-based AAU team that includes a number of other Timesland players. She plans to play in a tournament in Nashville, Tennessee, in July.

“I had told all the coaches that were recruiting me that I would be waiting until the end of July,” she said. “But I got on the phone with App State last week. As soon as I got off the phone I knew that was the place I wanted to call home and there was no reason for me to wait anymore.”

ASU has commitments from two other guards in her incoming recruiting class in Boone, where former Radford High star Maryah Sydnor finished her career ranked third on the school’s all-time scoring list.

The Cave Spring star is willing to wait for playing time.

“It’s going to be difficult,” she said. “I would like to play in my freshman year, but it’s not deal-breaker for me. I want to work for my spot. I don’t want to get on a team that has no guards and me play as a freshman.”

“Since she’s been a freshman, there’s been a lot of pressure on her to not foul out, ‘I need you to score. I need you to take care of the ball. And I need you to play 32 minutes a game almost,’ ” Cave Spring coach Jessica Ficarro said.

Porter is committed to return for a strong senior year with the young Knights.

“When it comes to transferring, it has never once crossed my mind,” she said. “My school is Cave Spring and it will forever be my school.

“Yes, I could possibly move to a better school and play with a better team, but it’s not about winning to me. It’s about creating those lifelong friendships and that’s what I’ve done at Cave Spring. I’ve built these family members that will always be with me. It’s more than just a game to me. It’s my life.”