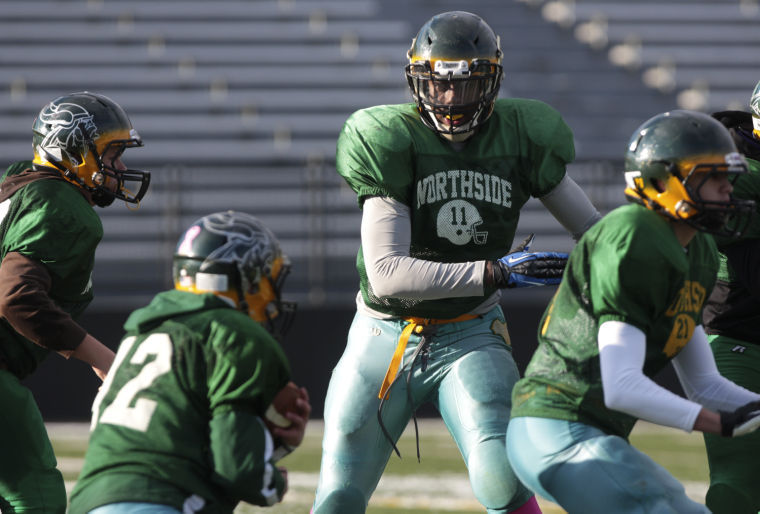 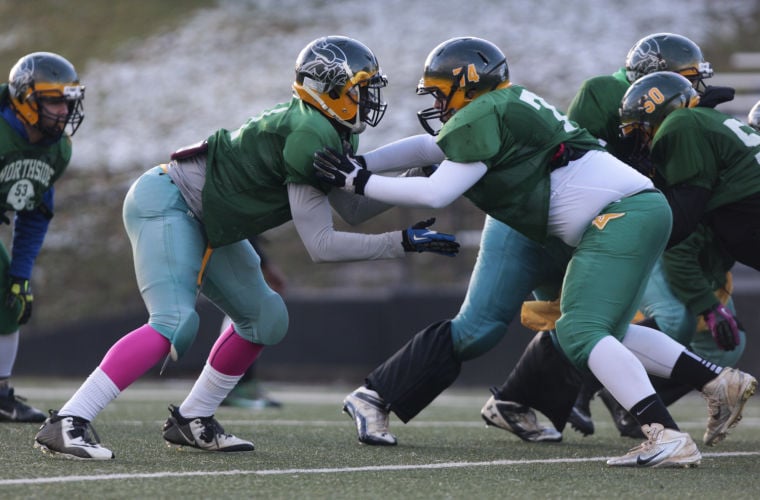 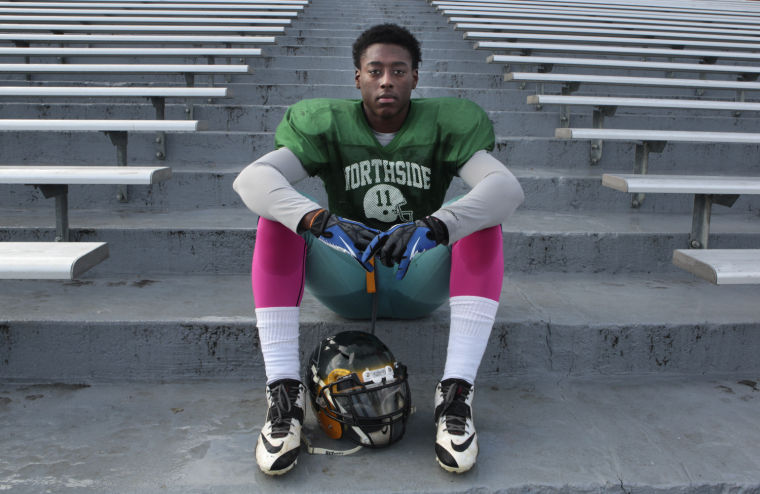 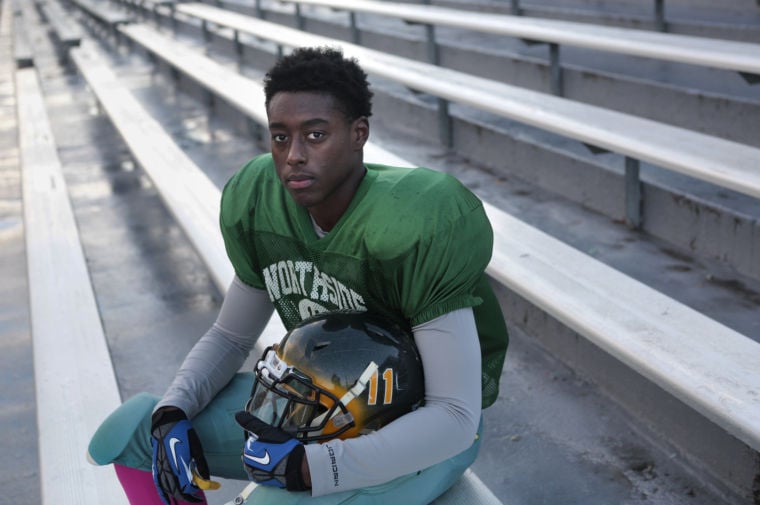 Northside defensive end Carlos Basham has taken on more of a leadership role in his junior season. 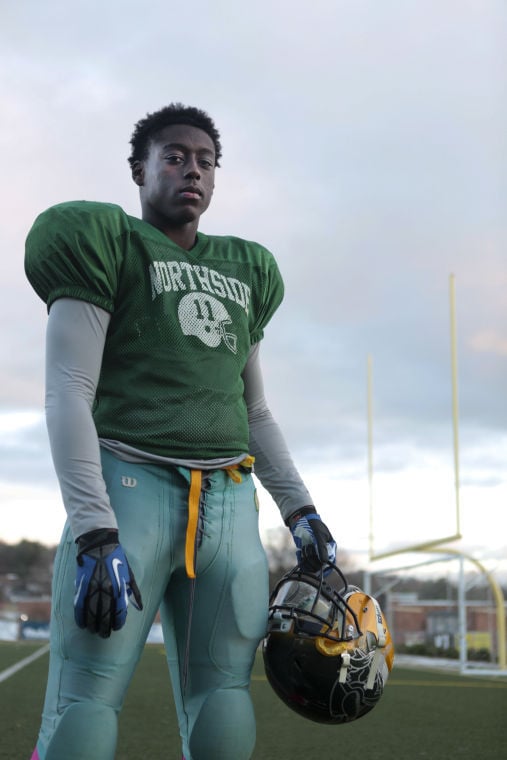 Several years ago during a Northside playoff game, one of the Vikings’ defensive linemen recorded a quarterback sack and began celebrating with an impromptu dance at the line of scrimmage.

“We don’t dance at Northside!” Torrence bellowed in his booming trademark voice.

The Vikings have a dancing defensive lineman this season, but in name only.

Carlos “Boogie” Basham put the fancy footwork away long ago when one of his mother’s friends came up with his nickname.

Basham confines his moves to tangles with opposing offensive linemen. The Northside junior defensive end’s next appearance is tonight in Ridgeway when the Vikings face Magna Vista in a VHSL Group 3A quarterfinal.

Basham was a starter on Northside’s 2013 3A state championship team when his teammates included tackles DeAnthony Muse and Chance Hall, and senior end Dylan Moran.

He played a subordinate role to Muse, the 2013 Timesland defensive lineman of the year who is playing at Richmond, and to Hall, a Tennessee recruit.

“Last year I was the new kid up,” Basham said. “I just learned from them. This year I just knew I had to be more of a leader.”

Basham has picked up the pace in the postseason. He had two sacks in last Friday’s 34-6 shutdown of Brookville in the second round.

“His last two games have been by far his best games,” Torrence said. “The Brookville game was outrageous. He’s just very difficult to handle.

“As he matures and gets more acclimated into our offseason program, I can see him becoming even that much more dominant next year.”

Basham showed up at Northside as a freshman who was physically ahead of his peers on the Vikings’ JV team.

“I didn’t really work as hard as some people, because I was big and more talented than everybody else,” he said. “Sophomore year, I knew I had to turn it on.”

Basham should be accustomed to labor. He has worked with his father, Carlos “Boogie” Basham Sr., in the family’s lawn care business for several years.

“I just cut the grass and blow stuff off,” Basham said. “He does all the trimming and going in the trees.”

Torrence said Basham is far from the only Northside player who has a job. He views it as an asset to the program.

“A lot of them do [work], especially with the economic situation of today,” Torrence said. “I can see where parents are having kids work some hours. Cellphones are $500 now. Cellphone services are ridiculous. Gas and the whole nine yards.

“When I got the job, that was one of the attractions to this side of town, the demographics of how the school is made up, the type of kids who went here.”

Basham might be poised to cash in as Northside’s next major college recruit.

Torrence said several FBS programs are showing interest, although no one has made an official offer.

“UVa’s on him real hard,” Torrence said. “He performed extremely well at their one-day camp last summer. Tennessee’s had him down for a game. Maryland had him up for a game. We’ll see.”

Basham said some schools are waiting for him to post an SAT score. Torrence said Basham’s grades were in the 2.7 range.

“They weren’t awful last year, but UVa has obviously a little higher standard for some kids,” the Northside coach said.

Basham has been nursing a sore knee since Northside’s game against William Fleming last month.

That’s better than the close call he once had mowing some grass.

“I almost cut my foot off,” he said. “I was turning around. My foot was right there. I moved it just fast enough.”

Basham plays in the low post for Northside’s basketball team. He said he might miss a game in January to attend a football showcase camp in Orlando, Florida.

The sun might be about to illuminate Northside’s next top prospect.

“I think the sky’s the limit for him,” Torrence said. “I think he’s just tapping in to how good he can be.”

Northside defensive end Carlos Basham has taken on more of a leadership role in his junior season.