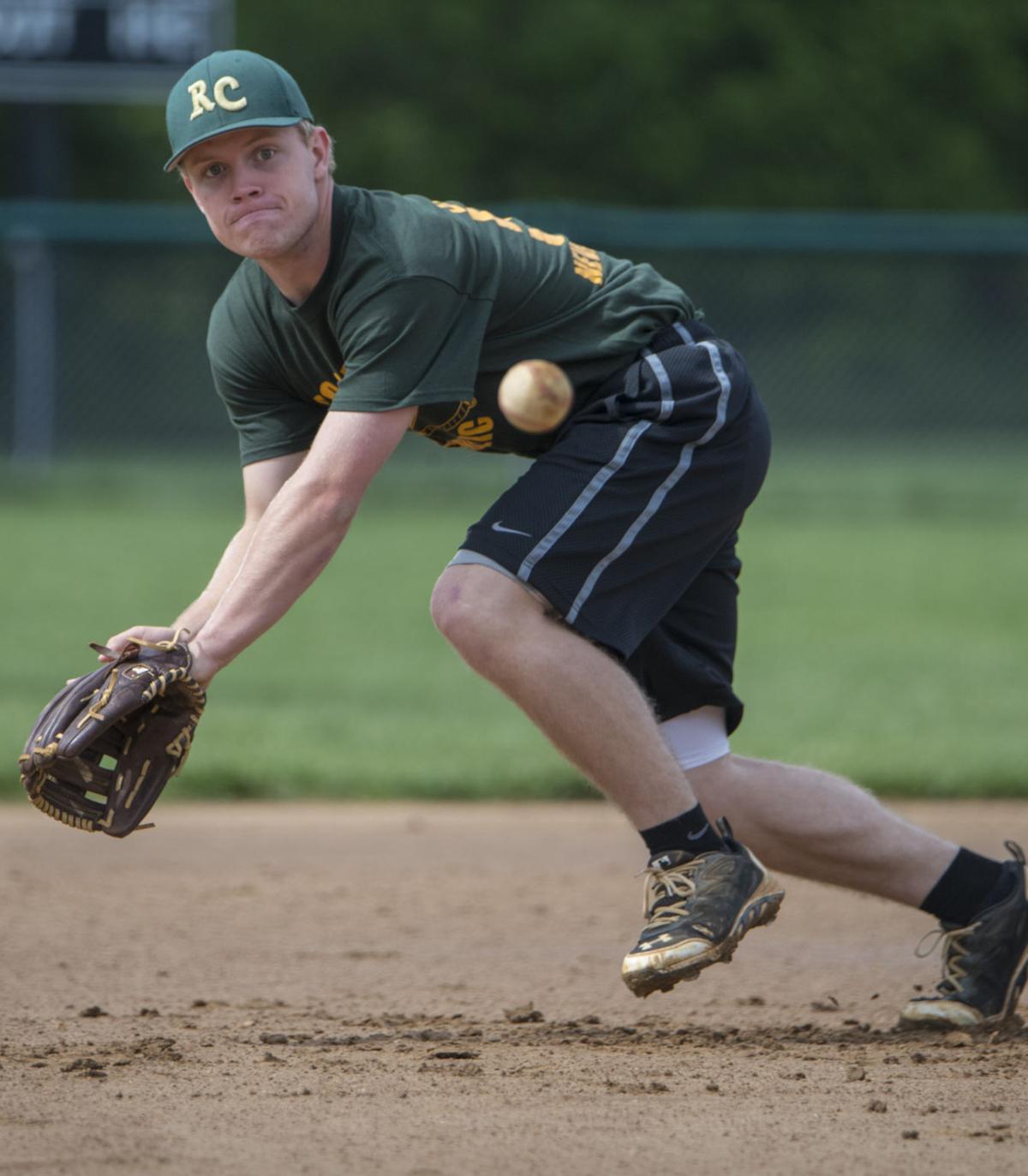 Roanoke Catholic’s Danny Brajdic fields the ball during a recent infield drill. Bradjic is the team’s only senior. 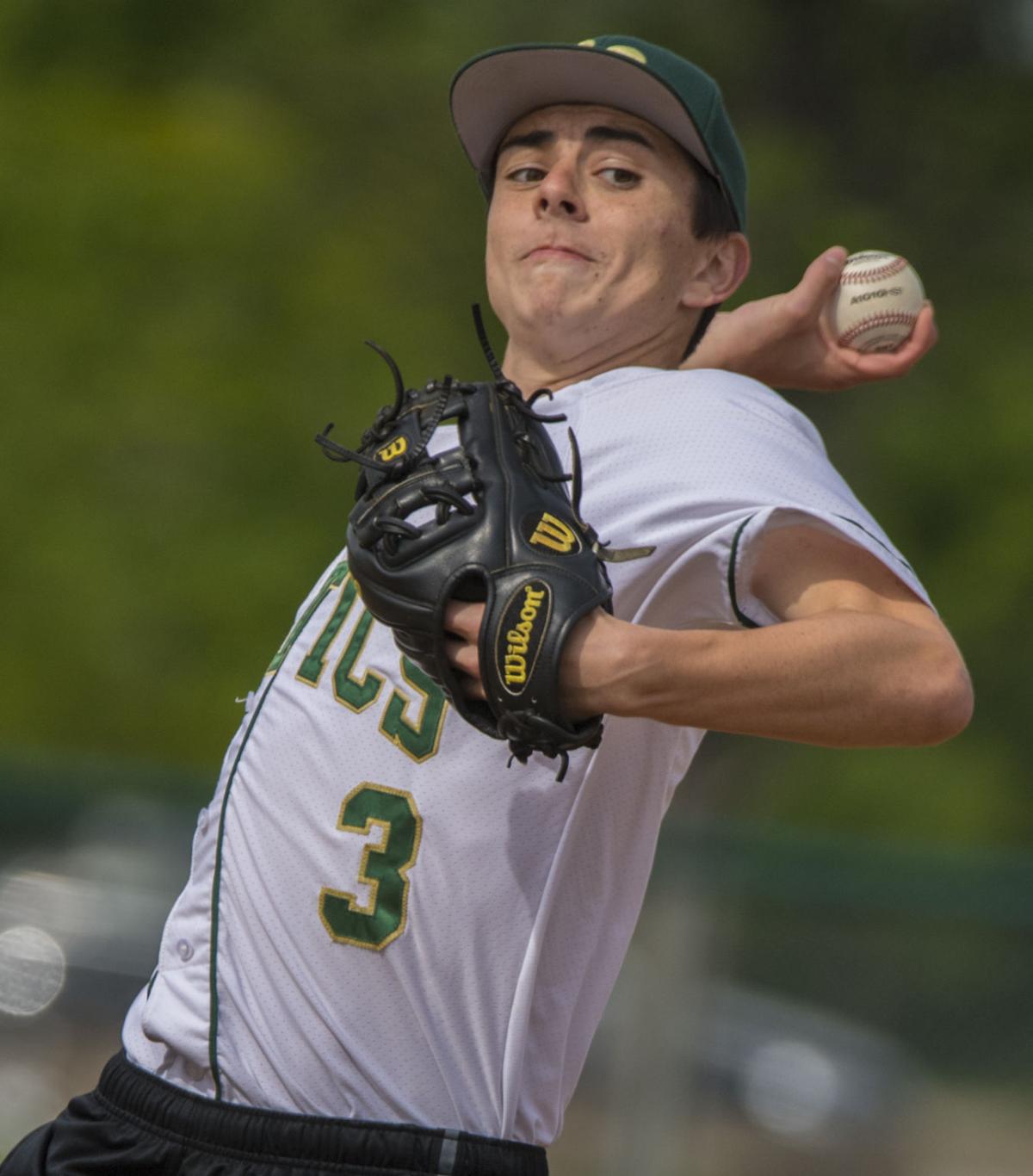 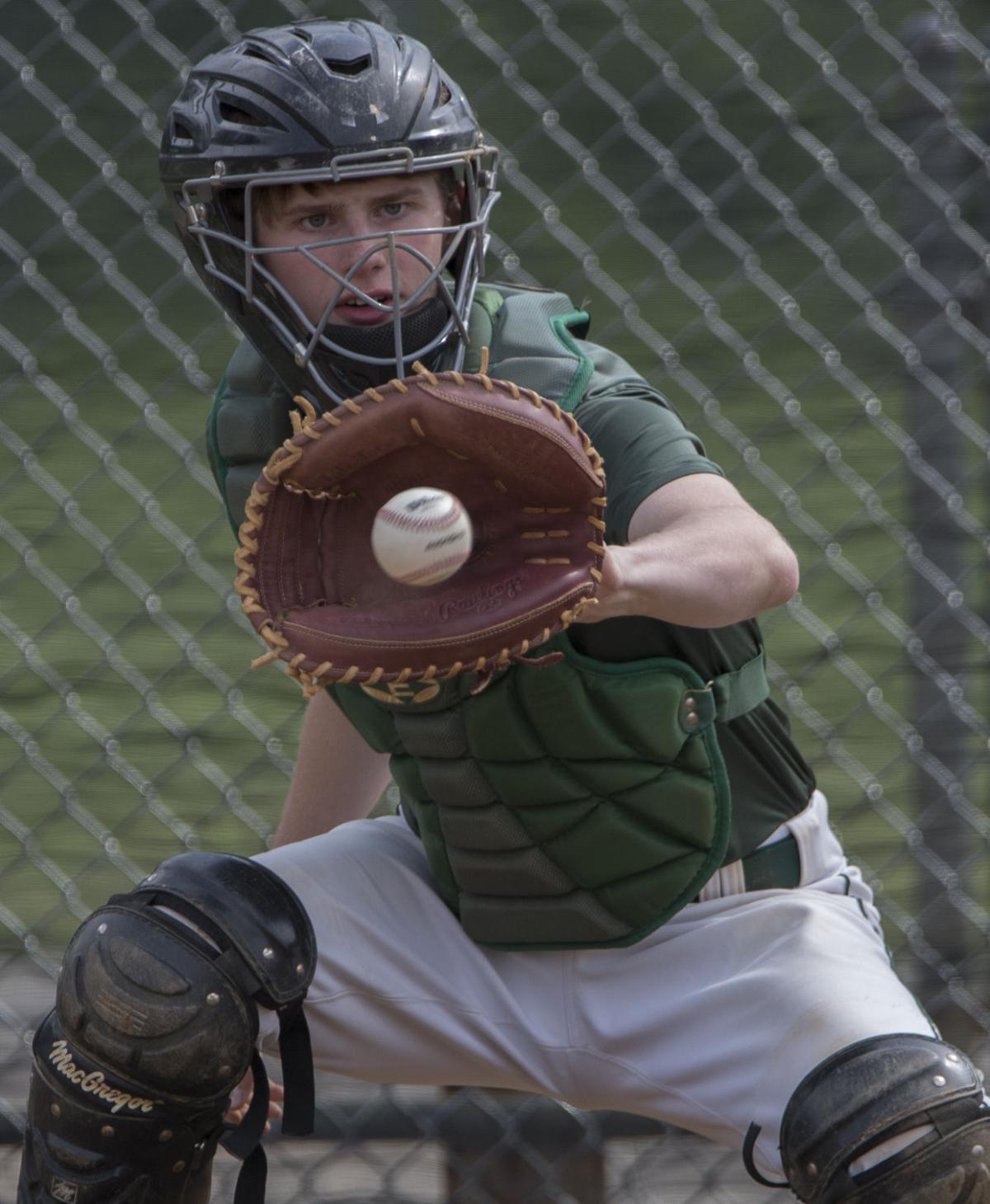 Celtics catcher Brendan Snow frames a pitch. He leads the team with 20 RBIs. 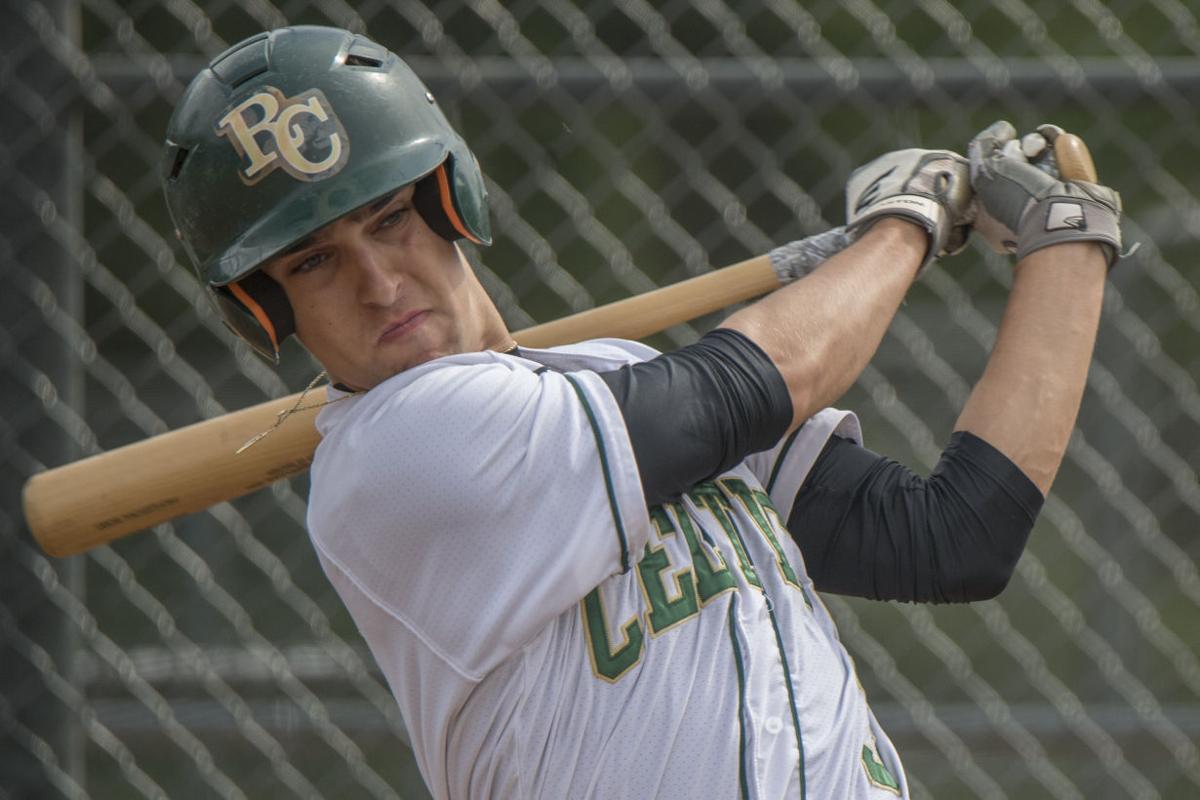 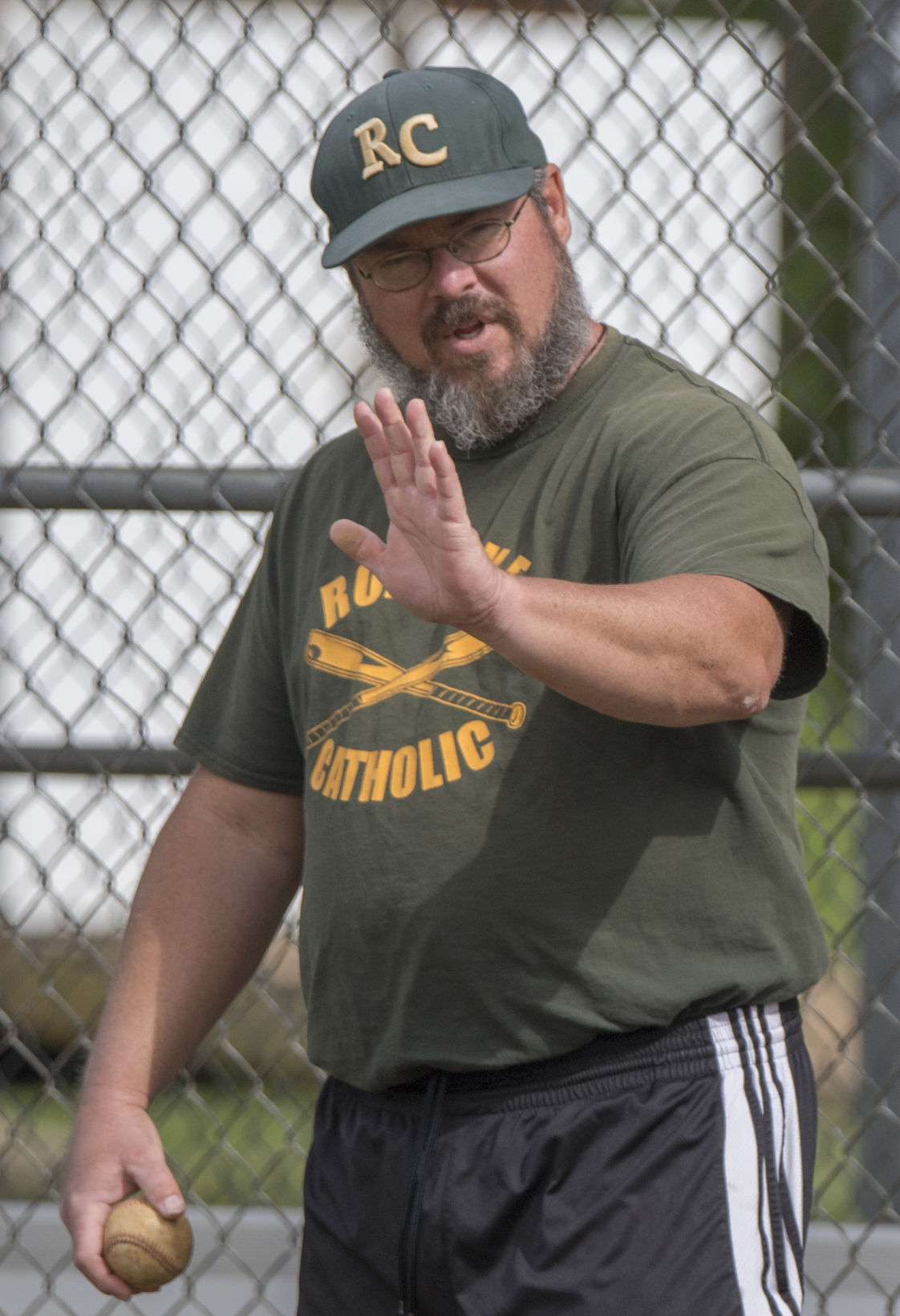 By Ray Cox Special to The Roanoke Times

Recent life for the Roanoke Catholic baseball team has been a struggle.

A four-game losing streak during the last week in April meant the Celtics fluttered to a .500 record after a 9-5 start. A win over Carlisle last week ended that streak, and the club enters Monday’s regular-season finale against Virginia Episcopal with a 10-9 record.

Fret not for the green and gold. This is a program that used adversity as a learning experience. And what’s worse, a baseball losing streak or no baseball at all?

Some of the core members of this year’s team remember when the program lay dormant, and rebuilding a program from scratch teaches you.

At the end of that initial 2014 rebirth season, when the team went 3-12, players told coach Scott Liptrap at the team banquet that they did not want to shut it down for the summer. So began a series of three-workout weeks in the offseason.

Players kept coming to those practices with no prospect of travel games. There were not enough players to field a regulation team.

“From the end of February 2014, we have practiced over 200 times and have not stopped,” Liptrap said.

At the worst, the Celtics will be a .500 club going into the Virginia Independent Conference tournament, and they feel competitive with comparably sized Timesland schools.

“We are comfortable playing the smaller public school teams,” said Liptrap after a loss to Auburn that resulted in a split with the Eagles. “We have a really tough conference schedule with which we are competitive. Six teams are ranked in the state.”

“The first year, those bigger schools just killed us and would not stop,” said Danny Brajdic, the team’s only senior. “After that, we made the decision that we wanted to be competitive with them and went out and worked until we got better.”

Brajdic and junior Brendan Snow are both hitting over .400 and have combined for 42 hits. Snow leads the team with 20 RBIs. Brajdic has scored 24 runs.

Peyton Walthall, a Northside transfer, and Brajdic have combined for 88 innings pitched, 48 by Walthall. Each is 3-3 with an ERA below 5.00.

The gloves behind the pitching have come to be more reliable, but from time to time, both of the top pitchers have endured long innings due to fielding mistakes.

Nobody told them it would be easy.

Roanoke Catholic’s Danny Brajdic fields the ball during a recent infield drill. Bradjic is the team’s only senior.

Celtics catcher Brendan Snow frames a pitch. He leads the team with 20 RBIs.