Shorthanded? No problem for North Cross in win over Carlisle
0 comments
Share this
{{featured_button_text}}
1 of 5 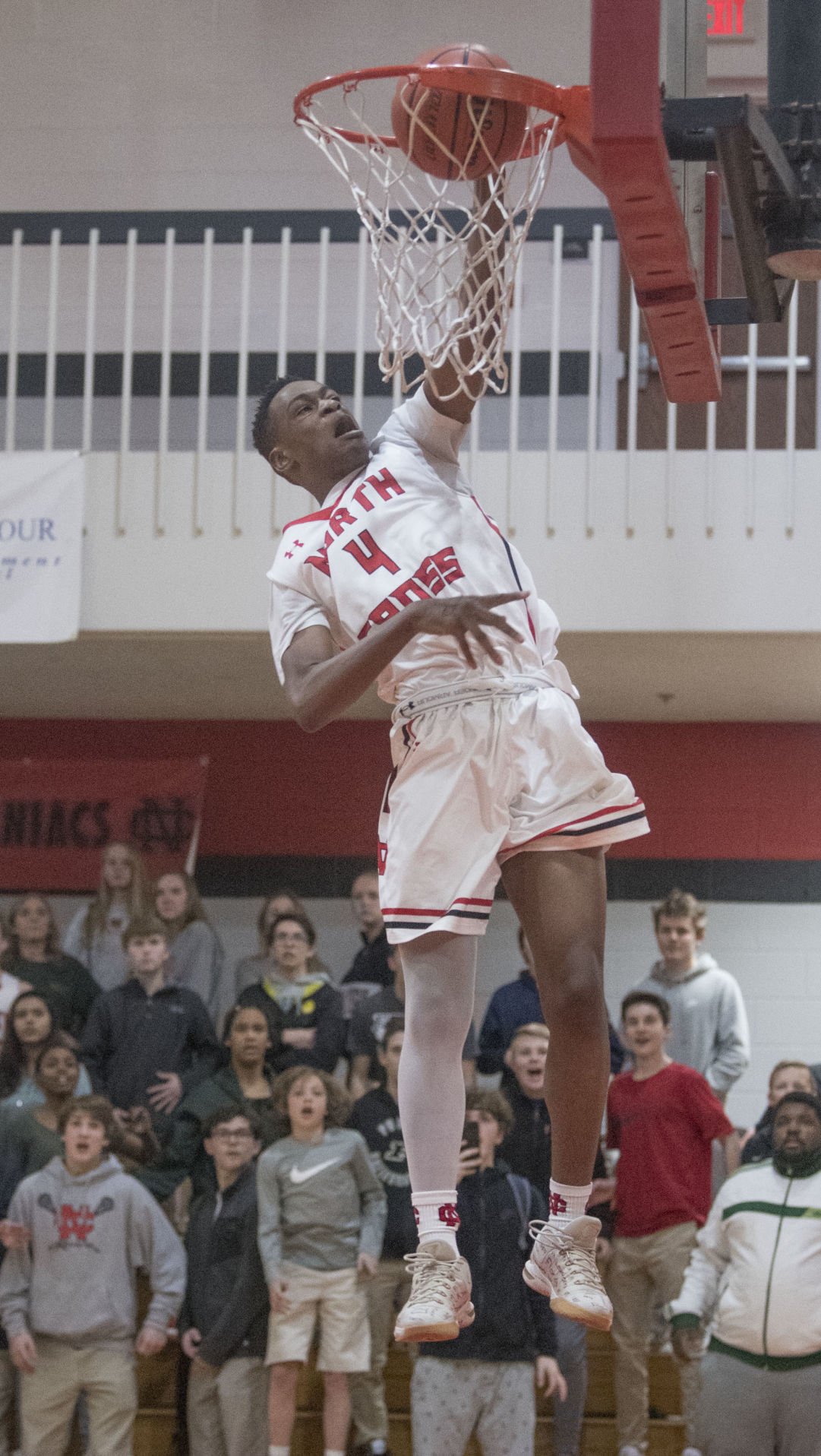 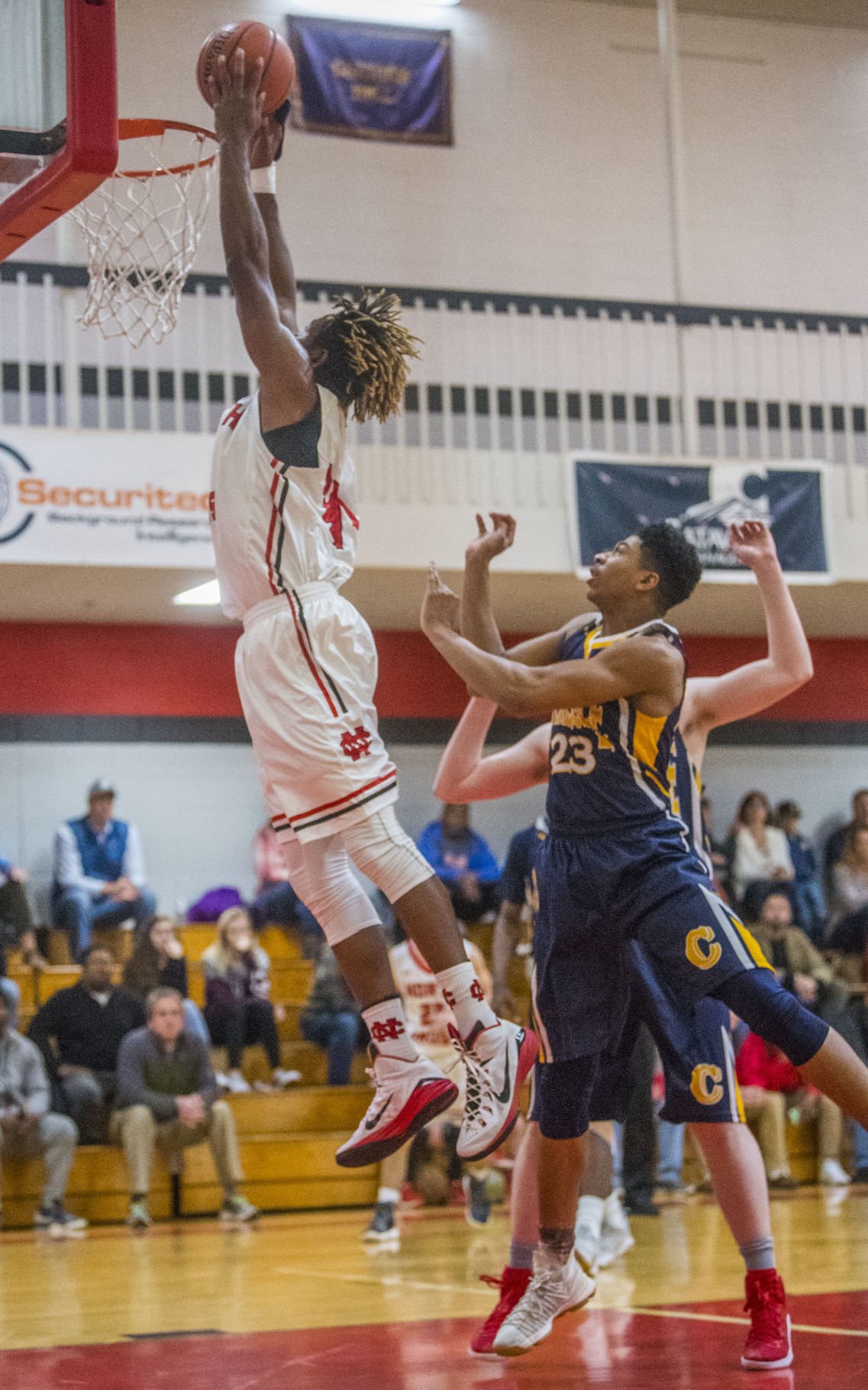 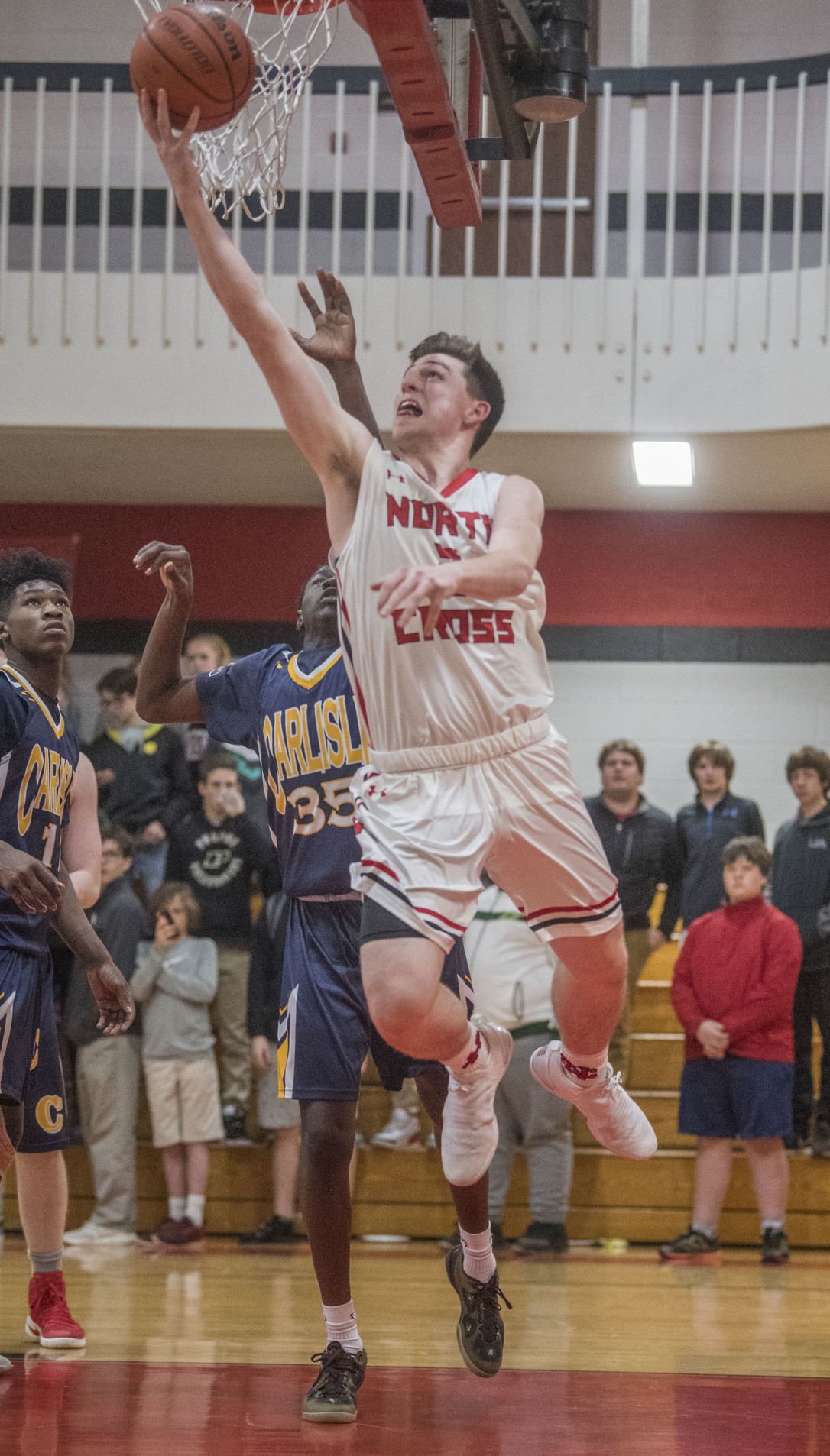 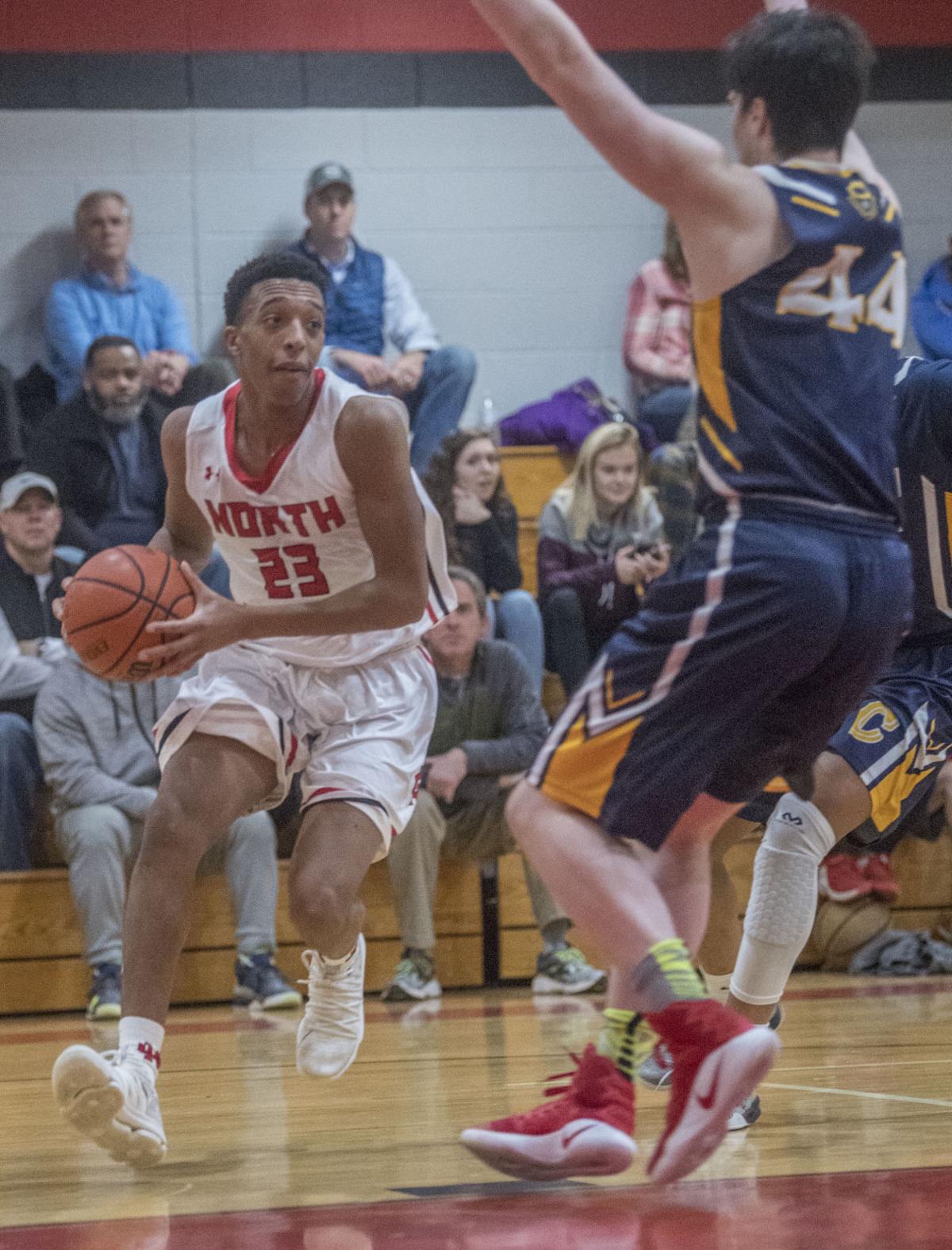 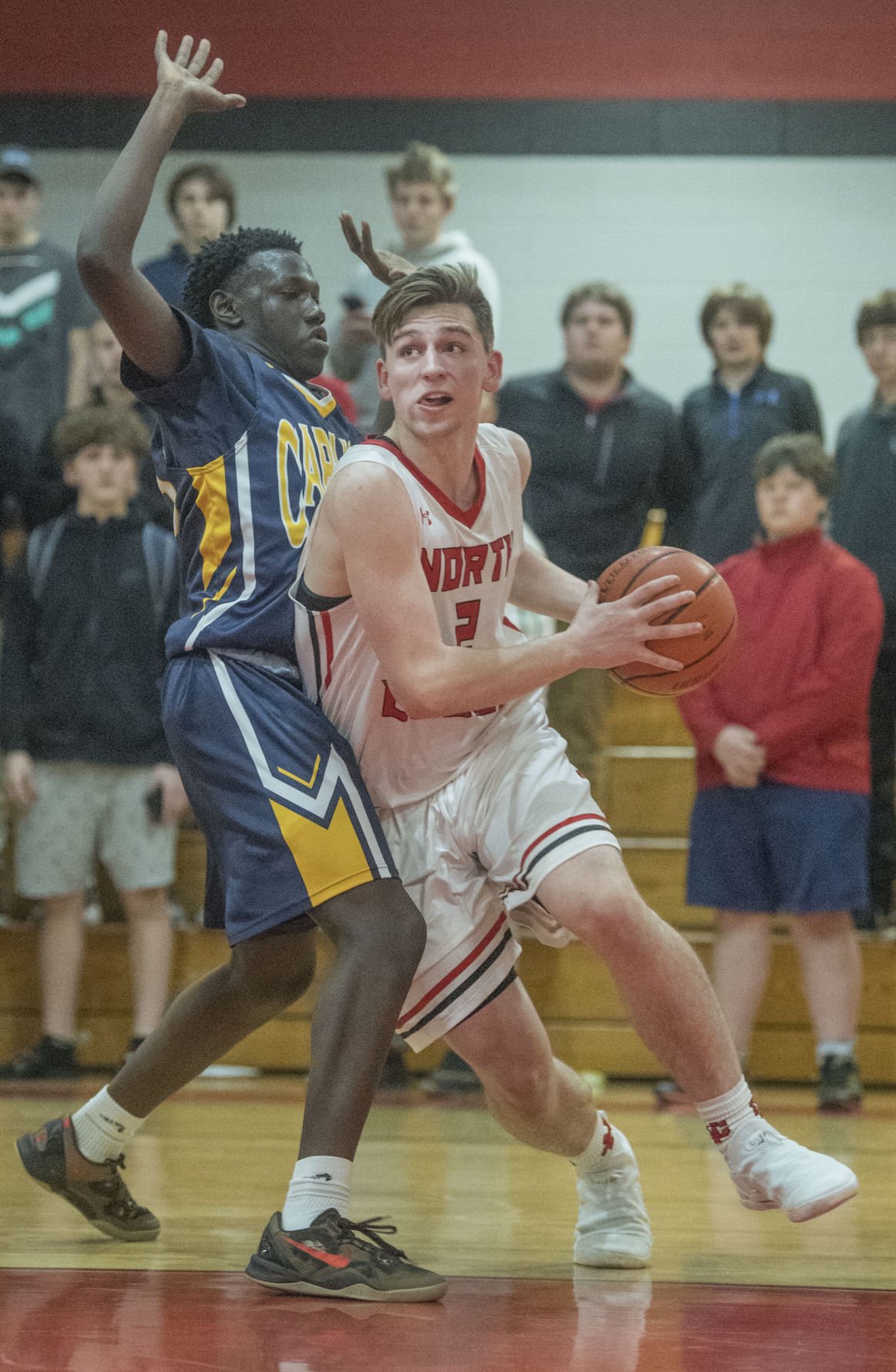 There are statements, and then there is what North Cross’ boys basketball team delivered Friday night to visiting Carlisle.

Minus three suspended players — including two starters — and facing an opponent it already lost to twice in 2017-18, North Cross ignored the adversity and stayed in the hunt for the VIC Division 2 regular-season title with a 73-77 victory over the Chiefs.

North Cross (14-4, 7-1) was without starting point guard Jordan Mack, sophomore wing Zae Baines and reserve Tyler Slash after they all drew a one-game suspension in the aftermath of Wednesday’s game at Roanoke Catholic.

With the trio in street clothes, the rest of the Raiders picked up the slack.

All four joined senior guard Nariq Bailey and center James Nworah in negating a 28-point effort by Carlisle’s B.J. Fitzgerald and writing the script for the Raiders’ most impressive win of the season.

First-year North Cross coach Shannon Taylor was not surprised his players responded against a Carlisle team that came from 22 points down in the second half to defeat the Raiders last month in Martinsville.

“The other guys are very capable, very capable,” Taylor said. “The way Tucker handled the ball and got us in and out of our sets was big time. Nelson Etuk had some nice cuts to the basket and finished at a high level today.”

Carlisle coach Brandon Smith wasn’t certain what to expect when he began hearing word that North Cross might be shorthanded.

“I really wasn’t going to pay too much mind to it as far as what I was hearing about players being out,” Smith said. “I was going to stick to the same game plan.

“But that was one of the things I kept telling my boys, ‘Those guys have lost to you twice. They’re at home. They’ve got something to prove. When you’re in one of those situations where players feel like they have nothing to lose, they’re going to come at you hard.”

The 6-foot-1 senior then hit two 3-pointers in a 14-3 run to open the second half, and Carlisle never got closer than the four-point final margin.

“Our team has a lot of talent,” Bailey said. “We have a few players that take most of the shots. Other players are really passive. Today, players actually had to step up and show us what they could do.

“I don’t think anybody in our league knows how talented Nelson Etuk is.”

North Cross’ decisive third-quarter run started when Bailey bagged an open 3-pointer from the right baseline. LaTreill added a baseline drive for a layup, then Nworah had a stickback for a 41-34 lead.

Etuk converted a steal into a layup, then the sophomore forward fed Dias-Maxwell for a bucket inside. Finally, Bailey hit his fourth 3-pointer of the game when Carlisle’s defense fell asleep on an inbounds play and allowed him a wide-open look.

“We’ve got a lot to fix,” Smith said. “We haven’t had much time to get in the gym and practice. We’ve had three and four games a week. When you’re not in the gym practicing, there’s a lot of things you need to be working on.”

Carlisle has some weapons.

The 6-foot-6 Fitzgerald — a wing guard who has drawn recruiting interest from Division I schools such as Radford, Siena and Bryant — had 16 of his game-high 28 points in the fourth quarter.

It was not enough to overcome a North Cross team that lost to Carlisle 65-64 in overtime in a December tournament at home.

“I can’t say enough about all the guys,” Taylor said. “They did a wonderful job.”