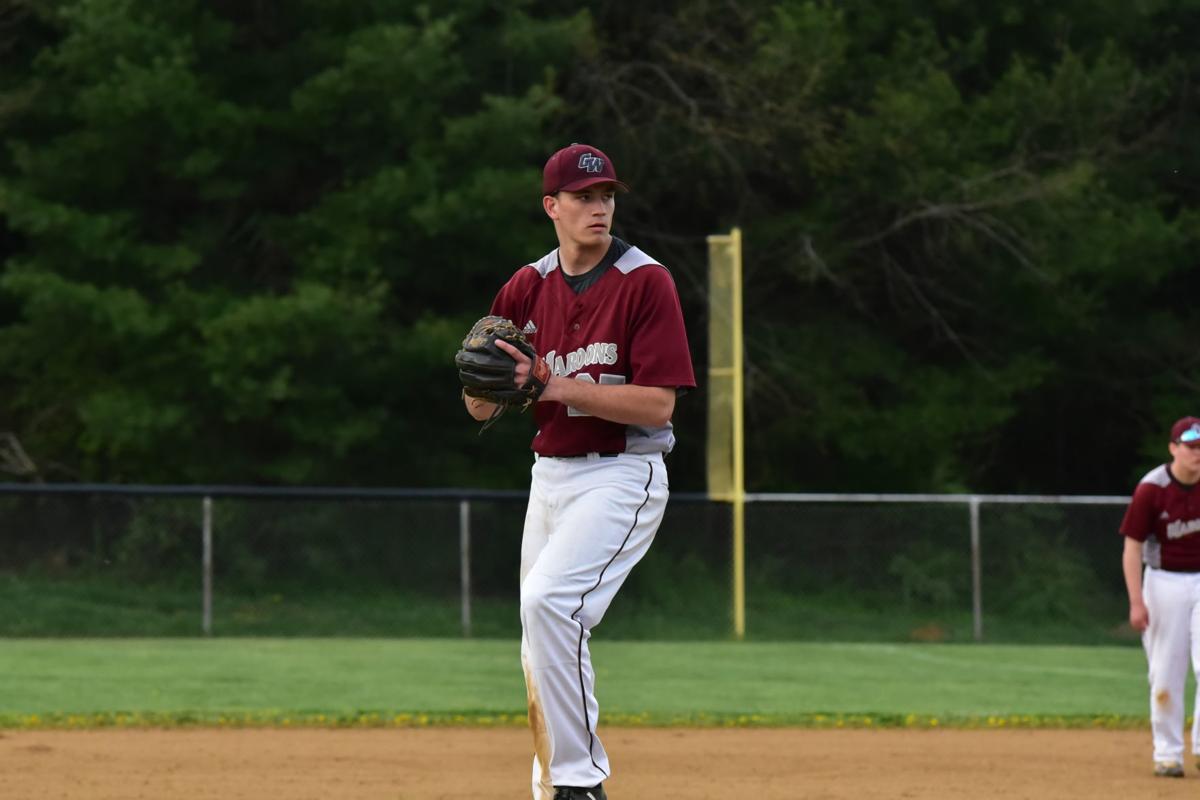 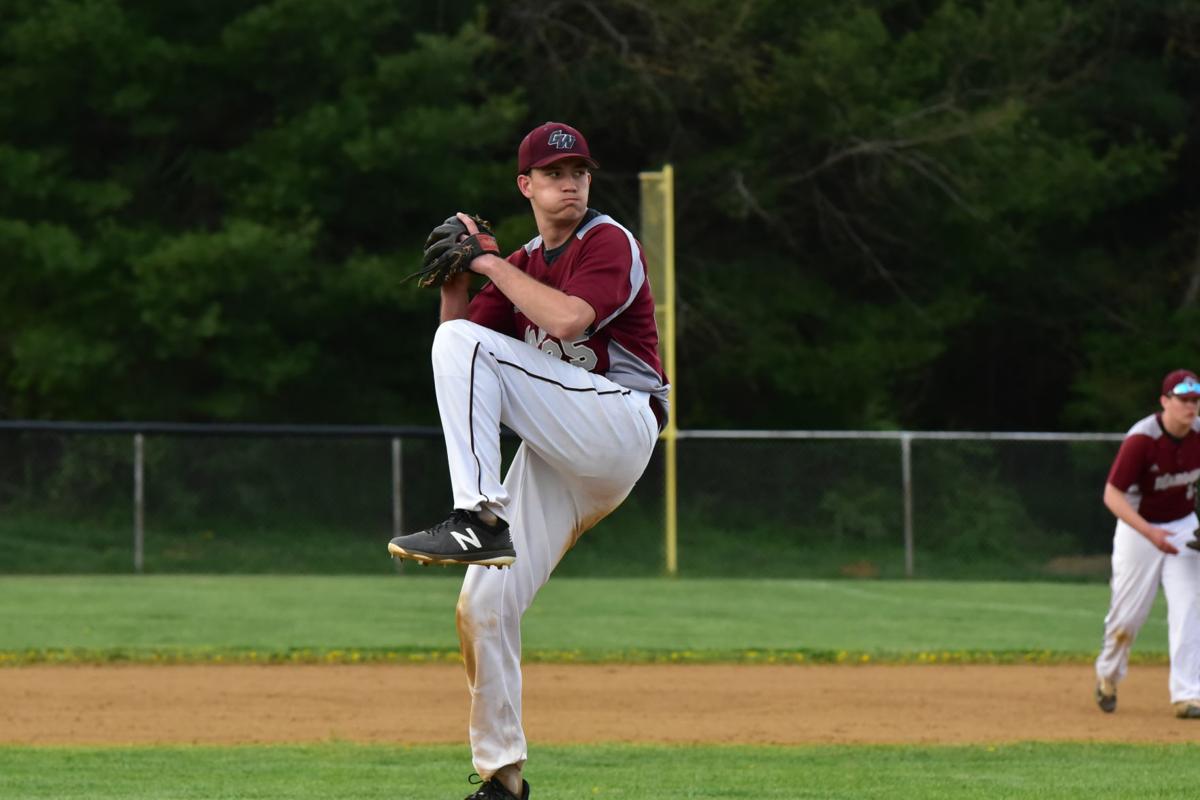 George Wythe pitcher Avery Mabe signed a national letter of intent with UVa in November and was accepted for admission. 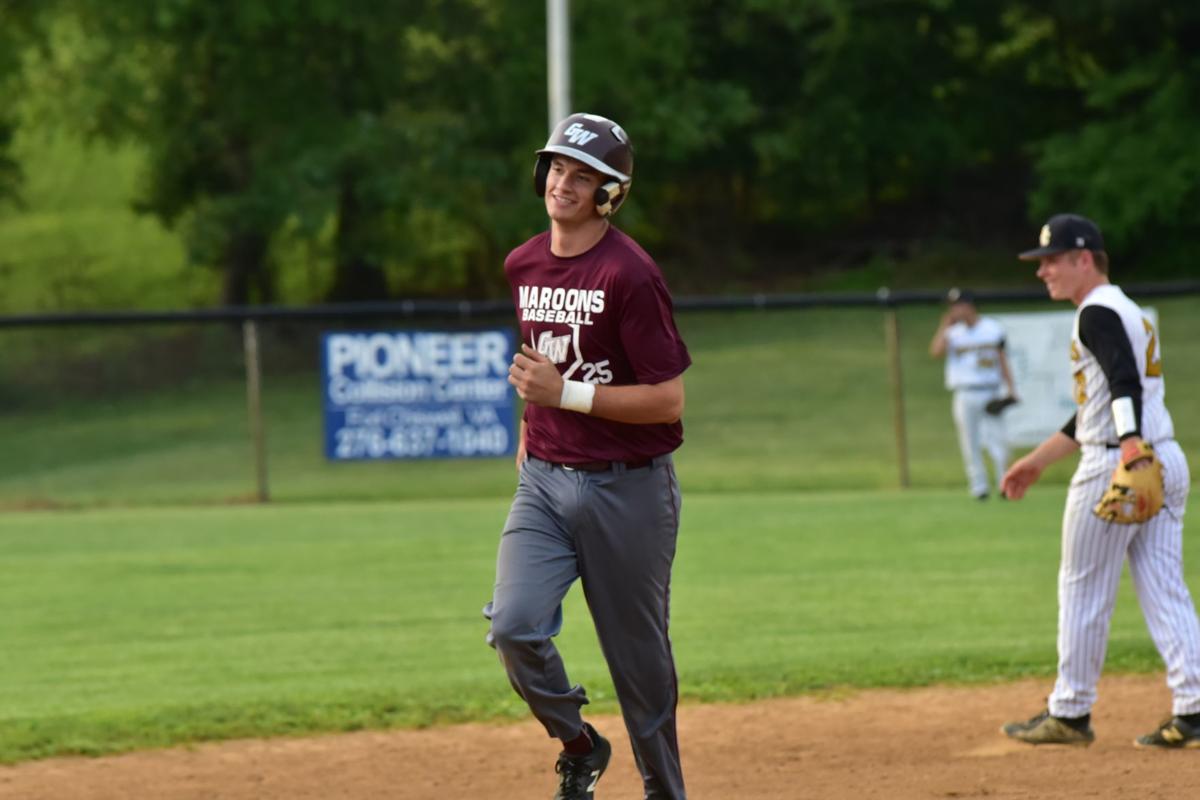 George Wythe pitcher Avery Mabe signed a national letter of intent with UVa in November and was accepted for admission.

Avery Mabe’s parents may have known their son was on to something when just into toddler status he did something they didn’t expect.

With one hand he lofted a ball and with the other smacked the tar out of it.

Correct they were about his future with a ball and bat.

A shade short of a couple of decades later, Avery was still hitting fungos. The time was back in March. School was out by then but Mabe’s George Wythe High baseball teammates were the recipients of the fly balls he served up to them. The practice field was not at the high school as usual but at Wytheville Community College.

The Maroons and ace right-hander and shortstop Mabe had big plans.

“We were expecting a deeper run in the postseason than in the past,” the 6-foot-4, 210-pounder said. “I had a lot of big aspirations for the year for the team and for me personally, but we only had a chance to play in one scrimmage.”

The novel coronavirus had other ideas.

“We’d practiced that Friday and some of the softball players had some rumors that we were going to be off for two weeks.”

Mabe and the rest of the seniors are graduated now. After that Friday in March, they never again set foot on George Wythe’s diamond as a group.

It took a bit to sink in.

“As soon as I heard school was canceled in Virginia, I knew sports wouldn’t happen either.”

The players wouldn’t quit until told to. Before the final word about the season came down, Mabe and batterymate Bryson McCall along with co-captain Noah Willis organized workouts at the community college. Somebody else put it on social media. Questions about adequate distancing as per health concerns arose.

Maroons coach Donnie Gamble, who had nothing to do with the informal practices, got a call from higher-ups at school.

“I told them the players took it upon themselves to practice,” the coach said.

Mabe had taken on the coaching role of fungo hitter and batting practice pitcher.

Word about the school shutdown for good was not long in coming.

In one respect, Mabe is one of the lucky ones, if you can call it that. Unlike the majority of seniors who would have played baseball in this lost spring, he will have another opportunity to walk though the gate of an infield fence, put on a glove and play.

Mabe signed a national letter of intent with the University of Virginia in November and was accepted for admission shortly thereafter. He expects to report to Grounds in July to begin his new life as a scholar-athlete.

A 4.1 dual-enrollment grade point average at graduation indicates he’ll handle the classwork. Other evidence suggest he will do just fine with top level college baseball, too.

For one thing, he’s been playing travel ball with and against top-shelf talent since he was little. He never played recreation league, going straight to the weekend tournament circuit right after T-ball.

He went to the Virginia baseball camp during the summer, most probably because of his mother Deanna, a graduate.

“I was pretty much brainwashed from the start,” the son said. “I’m a huge UVa fan.”

The summer before his freshman year of high school, camp counselors had him playing up with juniors and seniors. He excelled to the point that he was pulled to the side — then pitching coach Karl Kuhn, now Radford’s head coach, was his primary recruiter — and asked if he would be interested in a visit to the university that school year.

The resulting invitation centered on a December basketball game against West Virginia. The 66-57 Cavaliers loss was disappointing, but other events sort of made up for it. Before he left Charlottesville, they made him a recruiting offer.

The family was driving home to Wytheville when he called back with his reply.

“He hadn’t even played a varsity game, yet,” Gamble said.

Since then, Mabe also started for three years on the Maroons basketball team and was part of a state runner-up team. He also was part of the Maroons’ golf team, which claimed a state title last fall.

Baseball was always his focus, though.

Last time he played before getting one scrimmage this spring was with his travel squad back in the fall. The team is a Kansas City Royals scout squad organized by Dwayne Puryear, a Hillsville-based private hitting instructor.

Mabe thought with a good senior season of high school ball he might get some interest in Major League Baseball’s amateur draft. Then there was no season.

So he’s been working out on his own with a program tailored by Cavaliers coaches while waiting to see what was going to happen with the 2020-21 academic and athletic year. He’s looking forward to it in a major way.

With all the baseball time he’s missed, no wonder.