Spring Break 2020: Hanson sisters stayed close on the lacrosse field
0 comments
Share this
Only $5 for 5 months
1 of 5 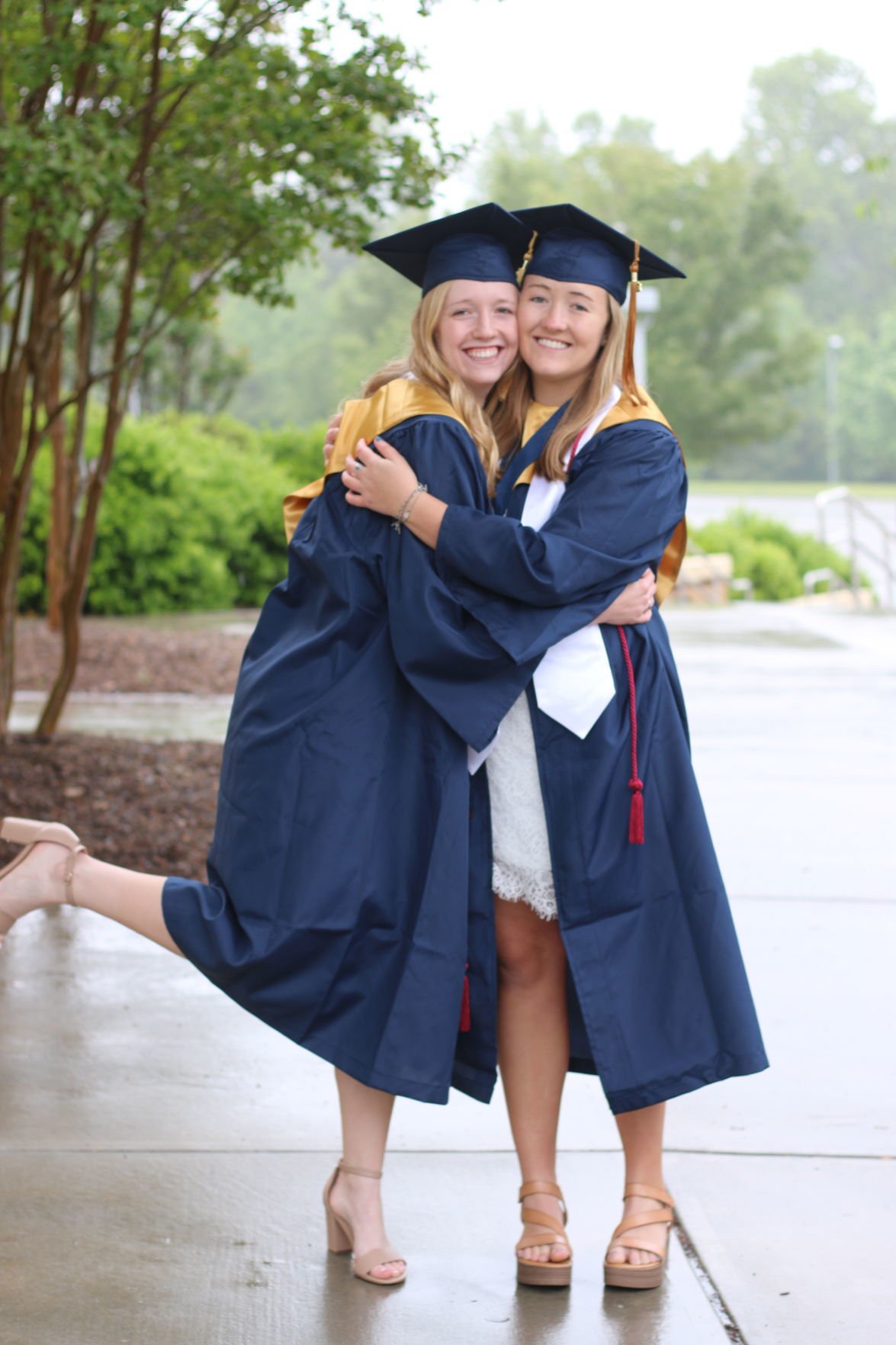 Kacie (left) and Kellie Hanson celebrate on their graduation day from Hidden Valley. The twins were four-year members of the Titans’ lacrosse team. 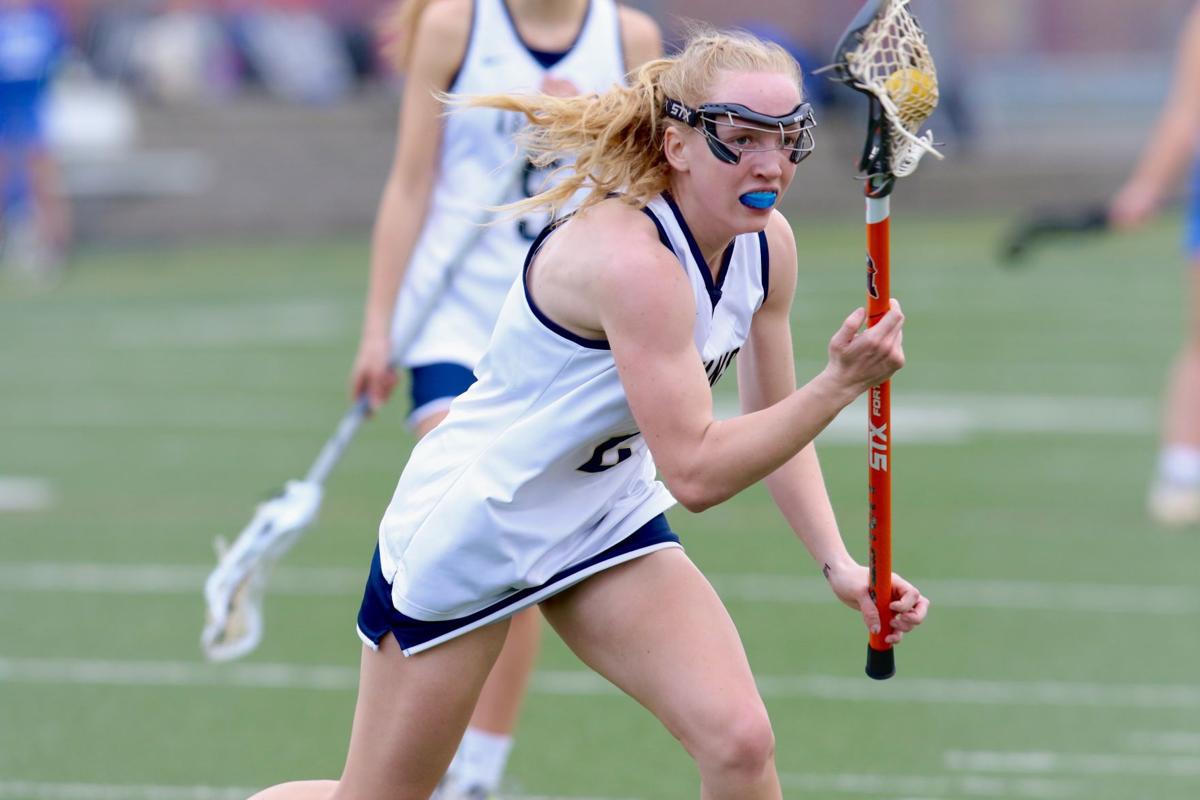 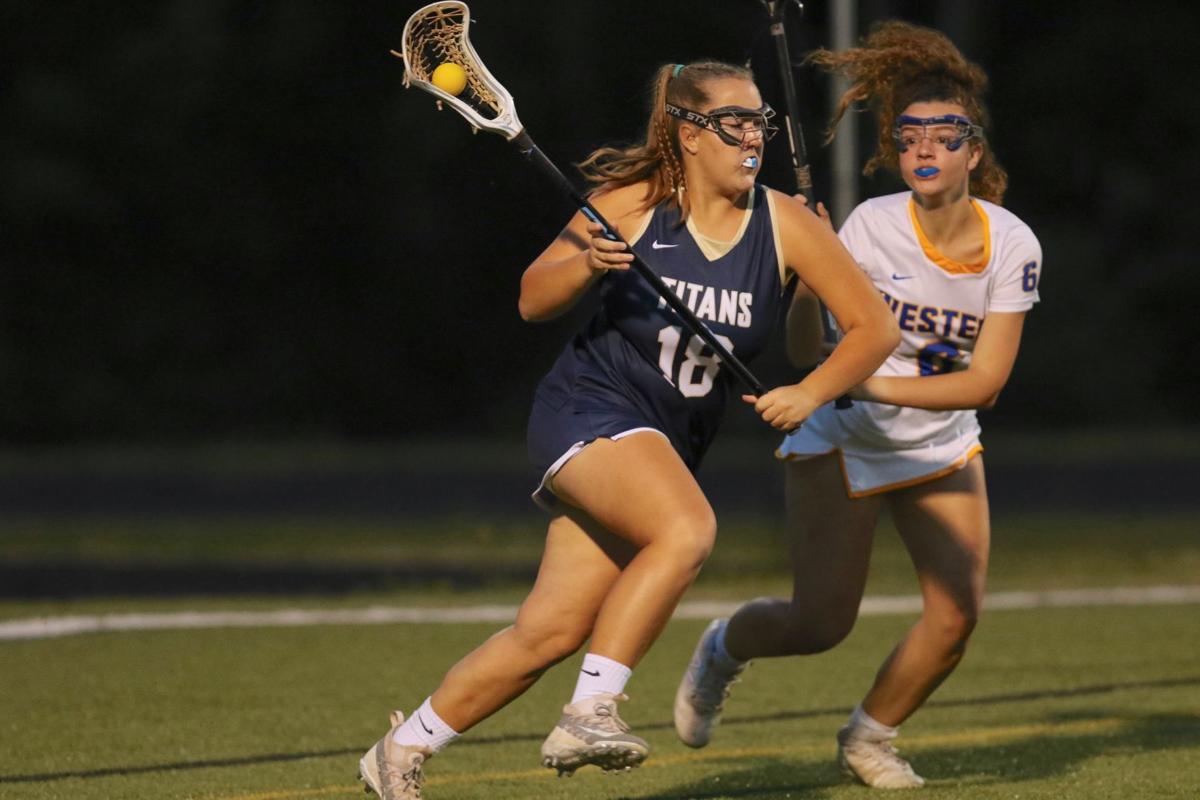 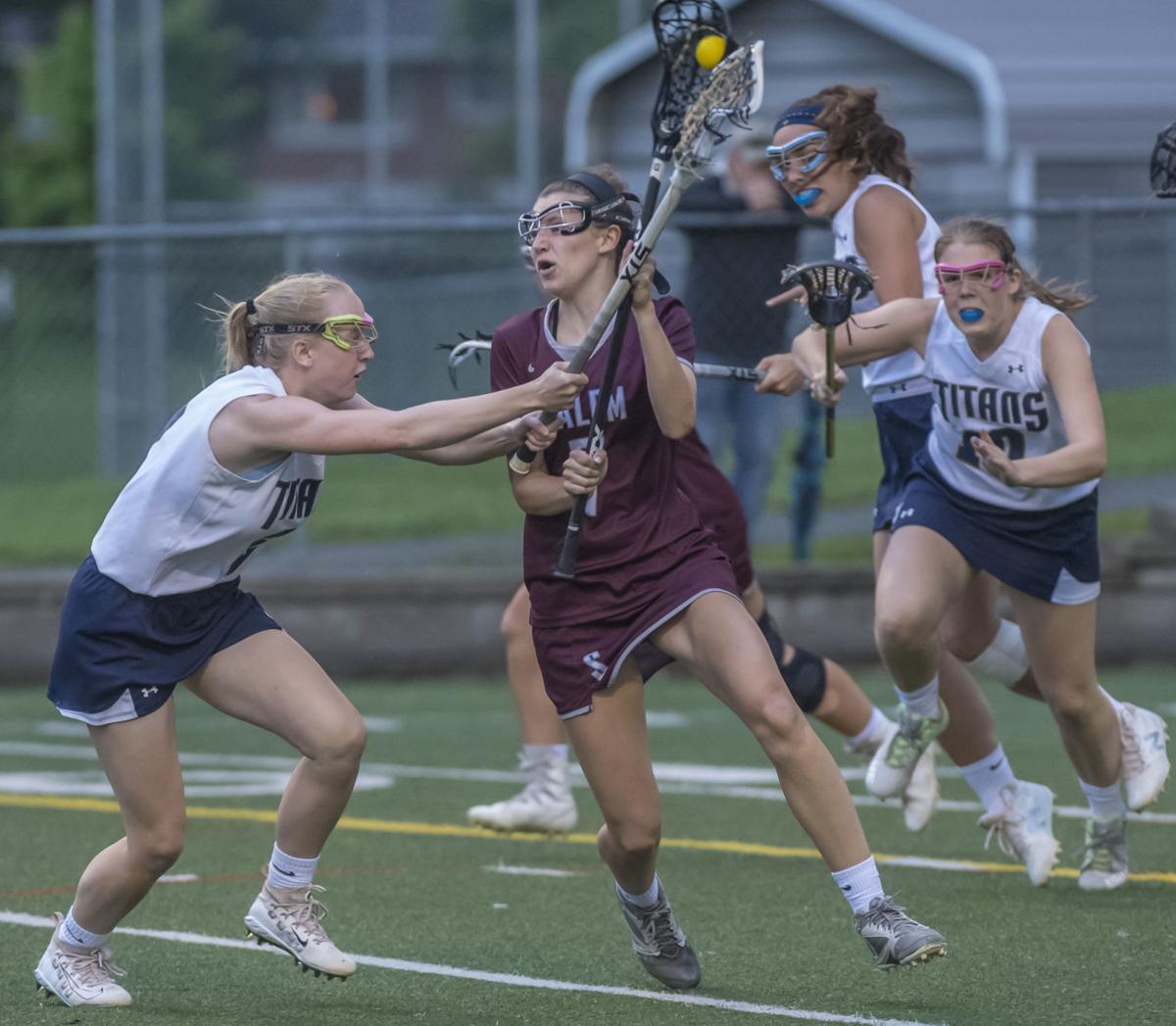 Kacie and Kellie Hanson will not be living with each other when they matriculate to Virginia Tech in coming weeks.

This is a daily newspaper. That is news.

Even though they will again attend the same school, Hidden Valley High’s lacrosse-playing twins are splitting up. After playing lacrosse together since third grade (and other sports before that) and living under the same roof forever, their paths diverge into an uncertain but nevertheless exhilarating future.

“It’s going to take some getting used to because we’re used to seeing each other like all day every day,” Kellie said.

Kacie, a two-time Class 3A all-state midfielder and the stronger player of the two, is a Hokies recruit, the Titans’ first to a top-tier program. She leaves behind a further athletic legacy as a standout four-year basketball player. Elsewhere at Tech, she will challenge herself intellectually by embarking on a general engineering path with a potential choice of chemical engineering as her objective.

Kellie will train her focus on the classroom with the same dead-eye aim that helped boost her attacker’s goal scoring totals to 81, fifth on the all-time Titans list. Studies in human nutrition, foods, and exercise leading to a career in either physical or occupational therapy is her plan.

Planning, will, barbed-wire competitiveness and Band-Aids are what these girls are made of. They leave Hidden Valley as the last of the vanguard that brought girls lacrosse to their school. They also take with them an academic tradition that closed at the high school level with both in that elite group that graduates with a grade point average north of 4.0.

Like everybody else across the fruited plain who will graduate in this strange and unsettling spring, they leave high school with a backpack worth of mixed emotions. Yet they said goodbye to their last chance at high school lacrosse and playing together with grace and courage.

“It was kind of disappointing,” Kellie said.

For both, certainly, with an added sting to Kellie, who had shoulder surgery last summer, thus missing that season and the fall travel team schedule and not being able to pick up a stick again until January. Then in March, the plug gets pulled on the lacrosse season as part of the school shutdown linked to the coronavirus pandemic.

Their mother and father have been with them the whole way. Chris Hanson served as their coach from third grade to his last posting as the Titans’ assistant coach this abbreviated season. In 2019 the whole family joined the rest of the team as a state semifinalist.

Coach Chris used more direct terms than his daughters when describing the season that evaporated into the mist.

“Hidden Valley is more like a community,” he said. “Most of their best friends and a lot of our best friends have come through the nine or 10 years of playing lacrosse together.”

“It’s just another big takeaway of not having that last year, all the time that you had spent with those people,” Chris Hanson said. “We were like out there every day with all those girls. It’s a lot of memories.”

The memories from another of their travel team coaches, Doug Kidd, ran to the twins’ freshman high school season. Kacie could do anything, he said, but her most uncanny skill was using her electrifying speed and basketball experience to deploy as a make-’em-disappear face-guarding defender on the opposition’s top scoring threat.

Everybody knew Kacie was going to be an immediate impact varsity player, but the revelation for Kidd was Kellie as a freshman. The Titans had never defeated Salem’s varsity until that season.

“And the reason why was Kellie scored four points. Nobody expected it. They knew who our scorers were and they marked up on them pretty tight with their best defenders. Kellie was the unexpected one to step up and the direct result was we beat Salem for the first time.”

To see them play together may only be understood by their fellow twins. They seem to know what each other will do at least 4½ steps in advance.

“We kind of know everything there is to know about each other,” Kacie said. “We know each other’s strengths and what needs to be done to help each other in the game and in general.”

Without a doubt, more than a few of Kellie’s 44 career assists went to her sister. Ditto for Kacie’s 51 feeds. Incidentally, those numbers rank fourth and fifth on the all time Hidden Valley list.

They have combined for 187 goals — 106 for Kacie — and 258 ground balls. Kacie had a program record 88 ground balls in the 2019 campaign that included an 11-groundball outing vs. Blacksburg, the school record for a game.

The sisters will be going their separate ways for a while, but as sprawling as Tech’s campus is, it’s not too huge for regular visits. Allies that they are, it would seem most unlikely there’d be long gaps between in-person time. After all, history says each is the other’s unblinking and unwavering support system.

“They were successful,” their father said, “because they had each other.”

Kacie (left) and Kellie Hanson celebrate on their graduation day from Hidden Valley. The twins were four-year members of the Titans’ lacrosse team.