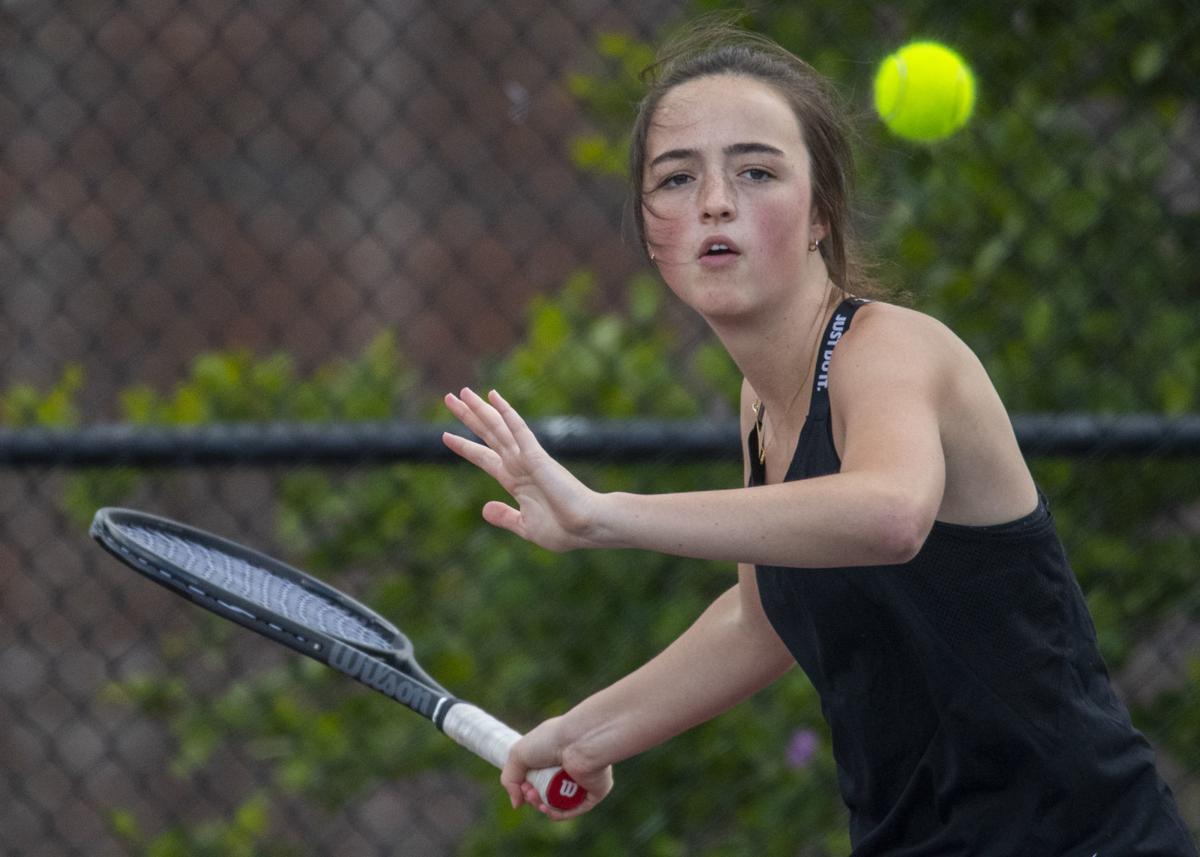 Patrick Henry High School tennis player Kendall Kelly is one of the Patriots who missed out on the 2020 season. 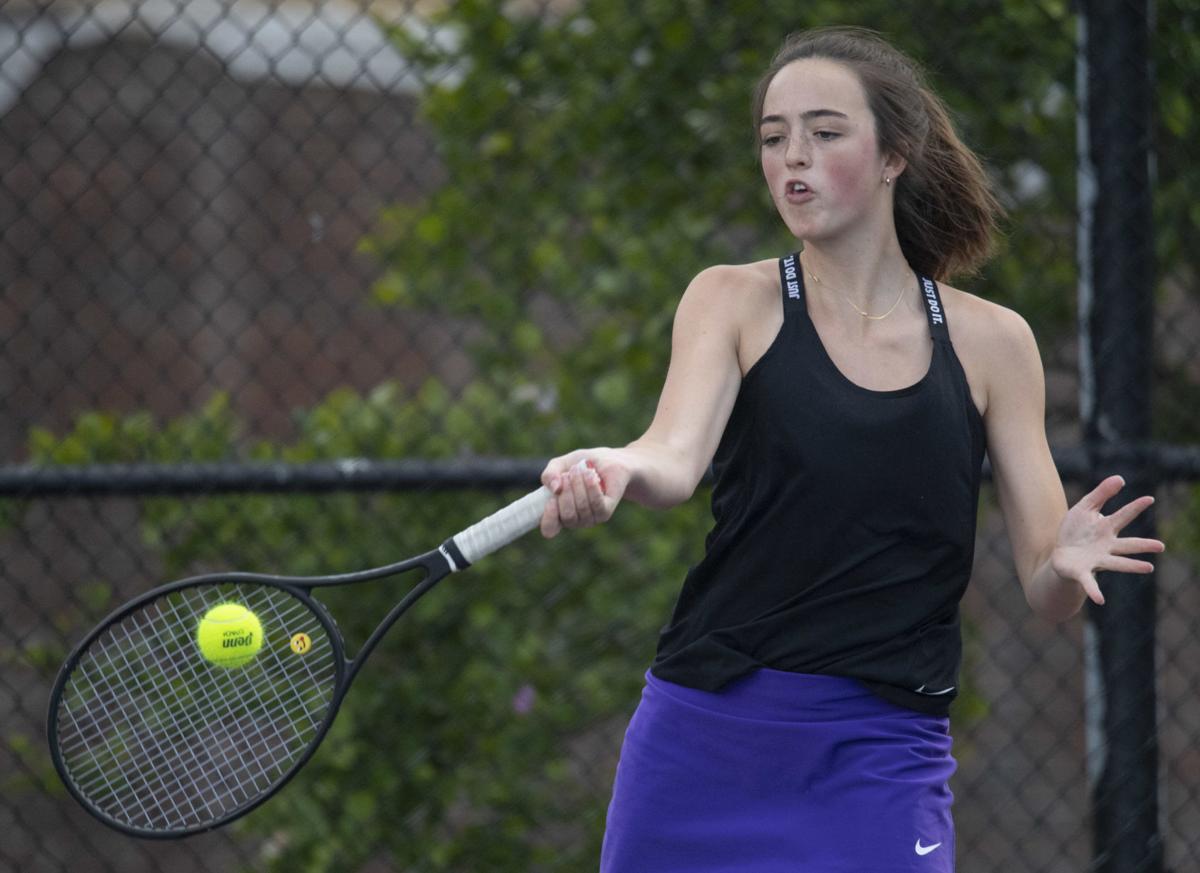 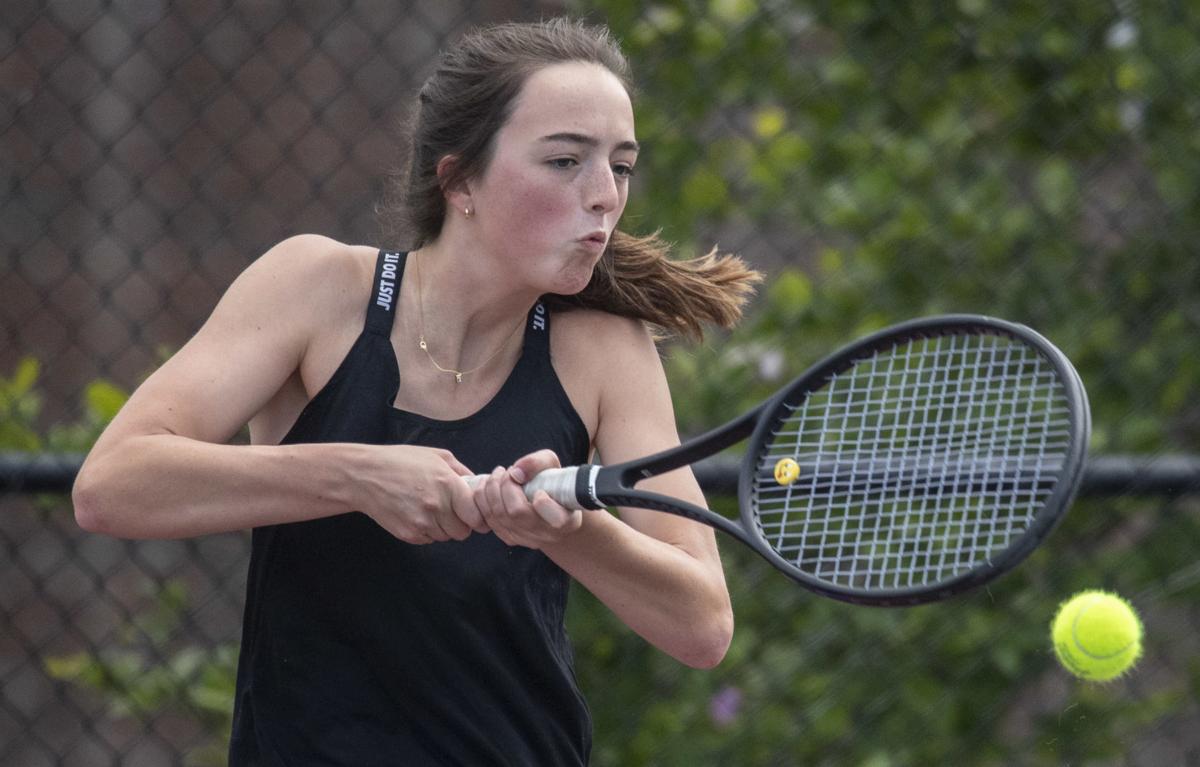 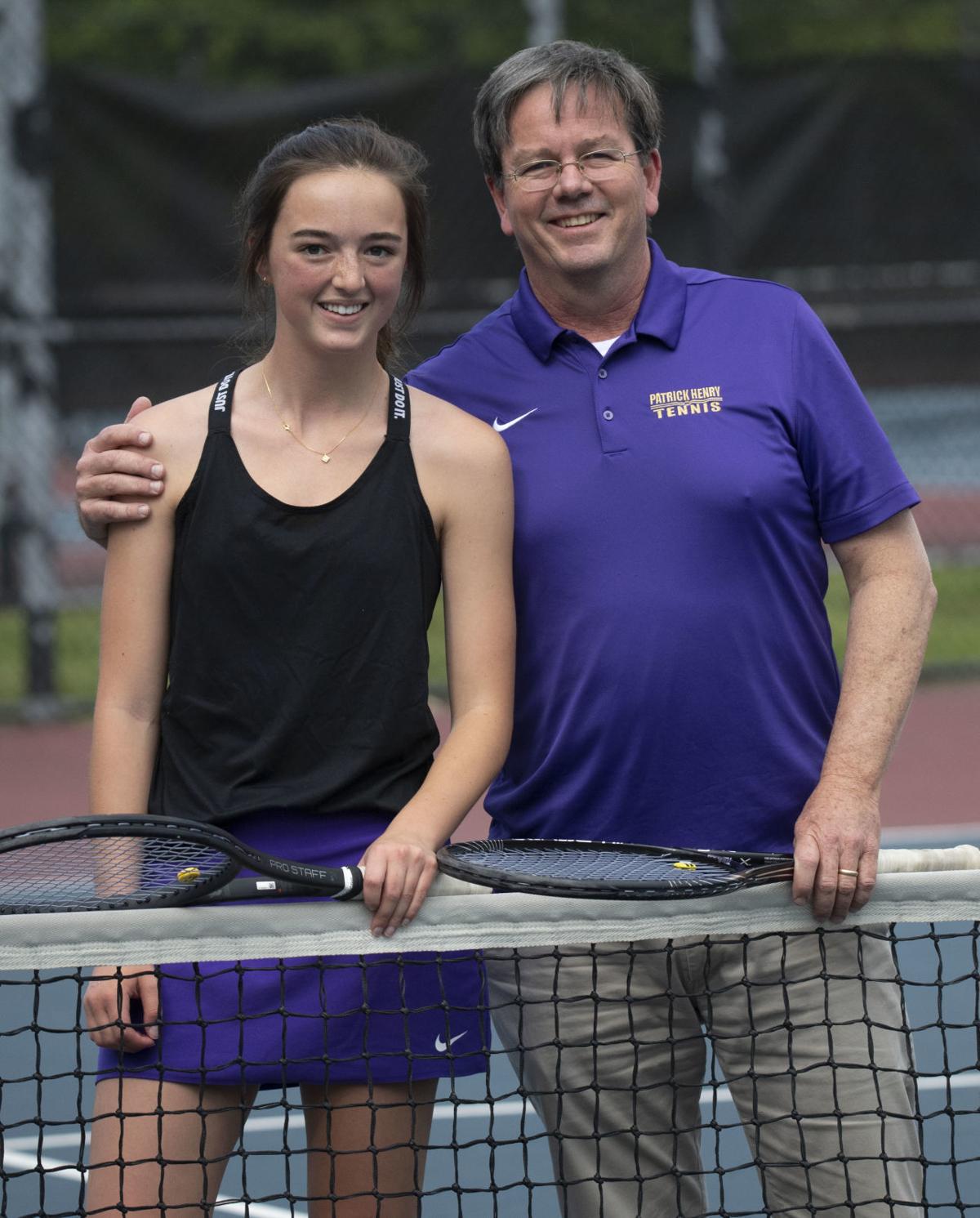 A medevac chopper whirred overhead toward the helipad at Carilion Roanoke Memorial Hospital.

Construction continued at a massive building on what once was a parking lot.

A man with a boom box rattled tennis balls against a practice wall.

By first glance, it was business as usual for a mid-May day at the Carnis Poindexter Tennis Courts at Roanoke’s River’s Edge Recreation Park.

But a few things seemed amiss.

The net on Court 1 was torn and sagging.

The adjacent playground and soccer fields were empty.

And there were no high school tennis players to be found.

The 2020 prep tennis season was put away like a Roger Federer overhead smash when the VHSL canceled sports for the remainder of the spring because of the COVID-19 outbreak.

On a normal May afternoon, Paul Kelly might have been coaching the Patrick Henry girls tennis team with his daughter, Kendall, playing the No. 1 singles position.

Instead, they were sitting courtside reflecting on the lost 2020 season and their final chance as a PH father-daughter tennis duo.

Kelly plans to return as the Patriots’ coach in 2021, but by then Kendall — one of four seniors on the PH team — will be a first-year student at Virginia with tennis in her rear-view mirror.

When the schools were closed and the season was canceled, it hit Kendall hard.

“That was one of the worst days of my life,” she said. “It’s not only the school aspect. Sports is such a huge part of my life. The spring at PH is definitely one of the best times of the year. There’s so much activity and everyone’s happy.”

Paul Kelly hesitates to use a term like “devastating” to describe the lost season.

He saves that for noting that his 93-year-old mother lives two hours away in a nursing home in Greensboro and he has not seen her in three months.

Regardless, the cancellation of the tennis season was painful, and Kelly feels for his players.

“It’s heartbreaking,” he said. “All four seniors have been here for four years. It’s just a bummer for these kids.

“We had a great month. We were getting into the flow of the challenge season and starting to get that together and ‘Boom!’”

Kendall was poised to take the No. 1 singles position for PH for the second straight season after posting a 12-5 singles record in 2019.

While each spot in the lineup counts the same, the No. 1 court at River’s Edge is closest to the small set of bleachers, the sidewalk and an adjacent playground.

“It is the toughest position,” Paul Kelly said. “You’re playing every school’s toughest player and you’re the one that represents your school at the regional tournament, hopefully the state tournament facing the best of the best.

Kelly has been Patrick Henry’s girls coach for seven years, the first four when his older daughter, Cameron, raised a racket for the Patriots.

Sawyer isn’t much for practice though. Kendall gave up on teaching him to fetch tennis balls.

“Even though she’s a golden retriever she’s not really a retriever,” she said.

Regardless, Sawyer has a deep family connection.

The dog is named for the character played by Paul Kelly’s father, Tommy, in the 1938 film “The Adventures of Tom Sawyer.”

The movie was a test run for the new technicolor innovation that famed director David O. Selznick hoped to use a year laterin another project.

That’s how Tommy Kelly had a bit part as a child actor in “Gone With the Wind.”

He eventually became an educator in several countries and U.S. government official in Washington.

Paul Kelly, 55, was born in Los Angeles. He lived in Liberia and Venezuela, where his father was the director of the American School.

“I grew up playing tennis on the red clay in Valencia, Venezuela,” he said. “The real red clay.”

Kelly graduated from Herndon High in Fairfax County where he played high school tennis before graduating from Virginia Tech.

A longtime local player in Roanoke and a real estate appraiser for the last two decades, he accepted an offer to coach PH’s girls team in 2014 when his older daughter was a freshman.

“I don’t do a ton of community volunteer work. This is kind of my ‘give-back,’” he said.

“We’re out there to teach these kids, but to me personally, I’m being taught by them. That interaction and learning how kids function and what they’re thinking, I’ve learned so much from them, the balancing act of school and competition and practice.”

Helping a player calm down and focus on the court is a huge part of being a high school tennis coach. It is one of Kelly’s strong points.

“There’s definitely a fine line between him being my dad and him being my coach,” Kendall said. “He’s done a really good job of staying in the middle of that.

“A lot of times during matches I would get in my head really badly and I would just need him to come out and tell me to knock it off and keep playing. But after a really tough match when I’m just devastated he’ll be there to comfort me and tell me everything’s OK.”

Kendall was a member of Patrick Henry’s volleyball team that reached the Region 5D semifinals and is a Governor’s School student. While she maintains a competitive streak, she is ready to give up athletics to concentrate on her studies at UVa.

“At times it was a lot to juggle,” she said. “At times I was really busy and overwhelmed, but looking back on it that’s where I thrived. I really miss that busy lifestyle.”

Kendall plans to room with Eliza Sanusi, the Albemarle singles player who knocked her out of last year’s regional singles tournament.

It was the final match of her high school career.

The spring sports season was not the only thing Kendall will miss in 2020. PH’s June 4 graduation will take place online. The senior prom was canceled.

“I was prom-dress shopping the day the two-week [school] closure was announced,” she said. “I said, ‘I guess I don’t need to buy a prom dress now’, which was really fortunate because a lot of my friends ended up paying lots of money.”

With the 2020 season wiped out, Kelly recorded a personal tribute to all four of his seniors from the singles court each would have manned.

When he got to the No. 1 court, he fought his emotions.

“He might not show it like all of the girls are, but he’s definitely missing it,” Kendall said. “It was really a family environment. It’s really sad not to have that.”

Patrick Henry High School tennis player Kendall Kelly is one of the Patriots who missed out on the 2020 season.