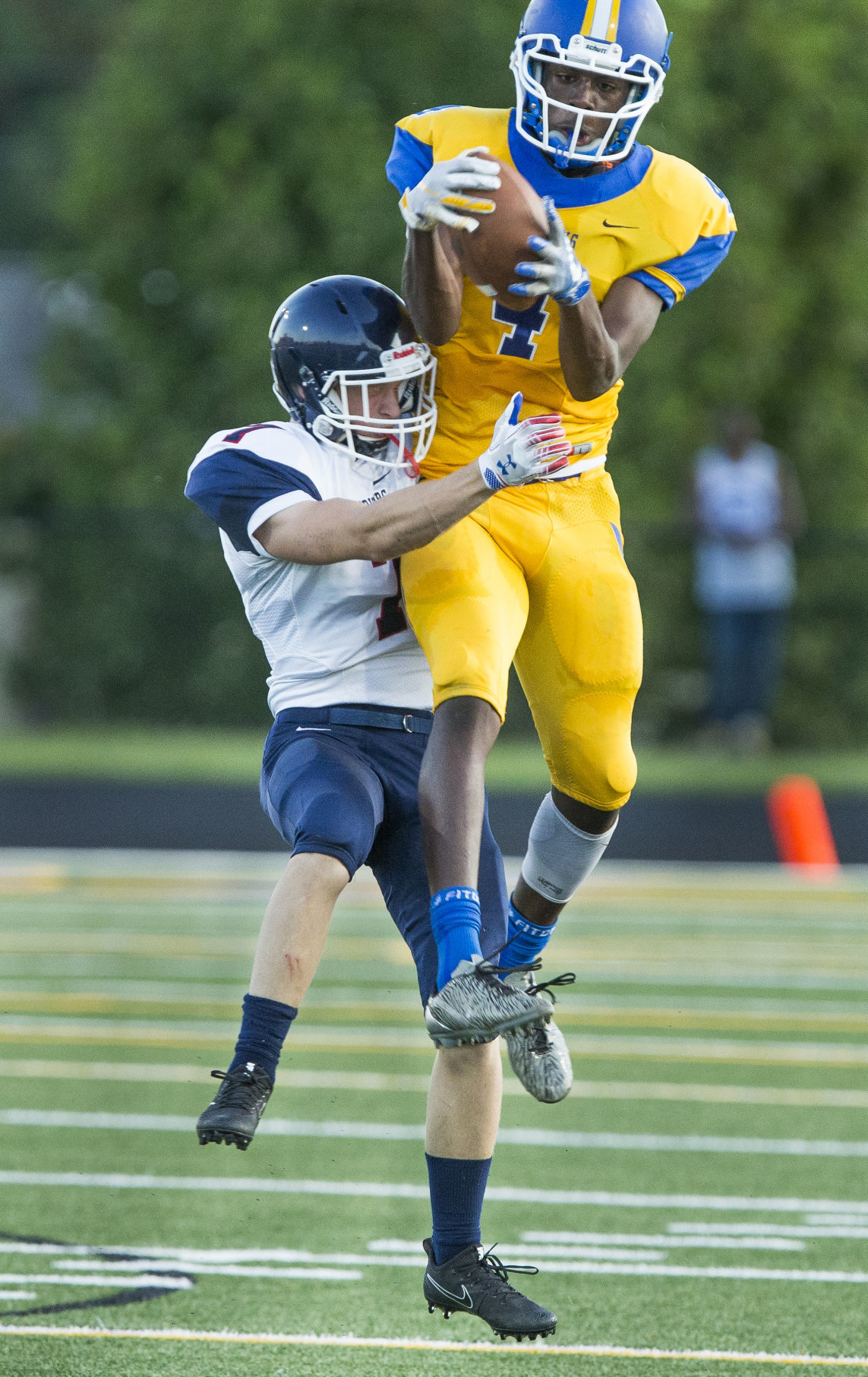 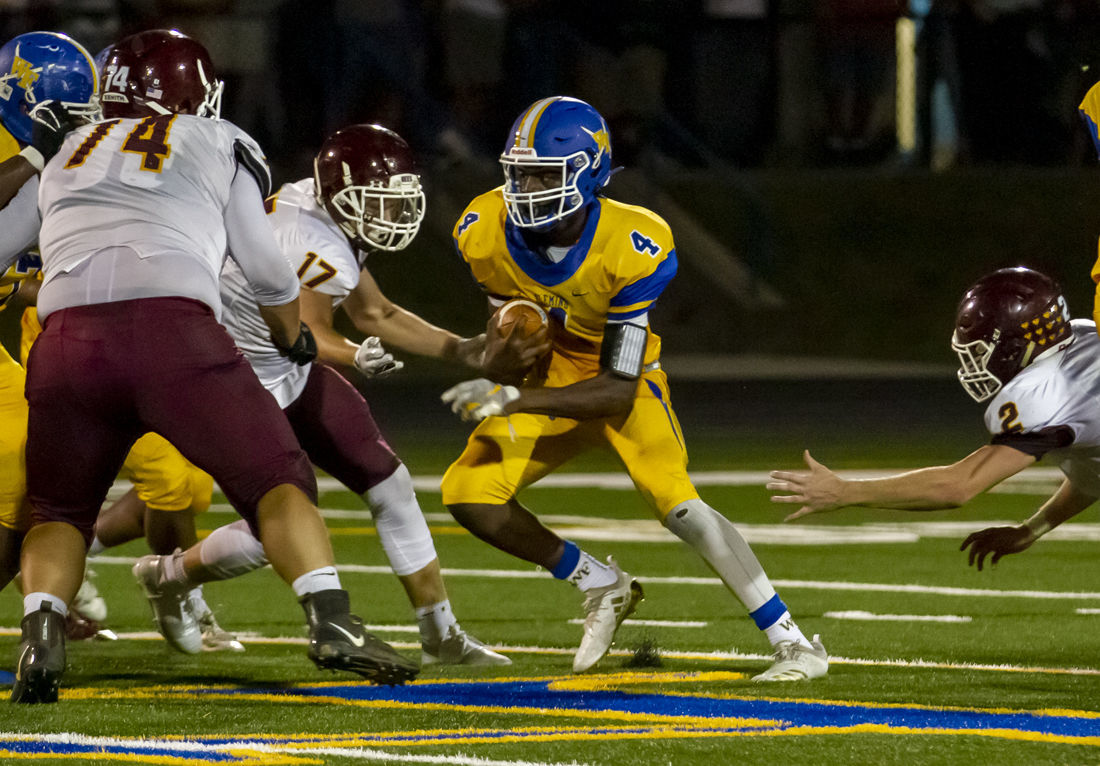 Shake hands with William Fleming senior Deaquan Nichols and one thing is evident:

This guy has huge mitts.

Nichols can throw a football with his right hand or catch passes with both big paws.

Fleming coach Jamar Lovelace can’t decide which he likes better, so he is letting Nichols do both.

The 6-foot-4 Nichols has started all five Fleming games in 2019 at quarterback, but on each Friday night he has also played at receiver with sophomore Dashawn Lewis taking over behind center.

Nichols is a rare high school player who leads his team in passing yardage and receiving yards.

“He’s a really good receiver,” Lovelace said. “He’s kind of our most responsible guy, and we trust him the most at quarterback. He’s helped us lot doing both.

Quarterback was new ground to Nichols when he transferred to Fleming in 2017 from Massaponax High School near Fredericksburg.

Nichols started the 2018 season opener for Fleming, but he sustained a concussion in a 43-7 loss to Heritage. He missed the next game and spent the rest of the season at wide receiver.

Nichols has completed 30 of 61 passes for 400 yards and six touchdowns. He has used his long frame to catch six passes for 126 yards and two TDs.

“I don’t think I’ve ever had a kid ‘high-point’ the football the way he does,” Lovelace said. “He really goes up and gets it. We’ve kind of got a Superman vibe when he’s at receiver. We feel like he can catch anything.”

Nichols said his dual role helps him understand the nuances of playing both positions.

“Those two positions really complement each other.”

Nichols had all his bases covered in Fleming’s 52-10 season-opening victory over Harrisonburg and a 28-26 win over Rockbridge County in Week 2.

He passed for two touchdowns and caught a pass for another TD against Harrisonburg.

Against Rockbridge, had two TD runs, a pass reception for a TD and an interception at defensive back.

Nichols nearly made a decision to graduate from high school in 2021.

After a freshman season at Massaponax where he played on special teams in a 2016 Division 5 state semifinal loss to Stone Bridge, he was set to transfer to St. John’s College High School in Washington, D.C., and repeat his freshman year.

Instead, Nichols came to Roanoke to live with his mother, who is a psychologist at Mt. Regis Center.

Fleming finished 0-10 in 2017 in the final season of head coach Bobby Martin’s tenure.

“It was a hard year,” Nichols said. “We weren’t really unified as a team. But overall I had fun because I just love the sport.”

William Fleming hopes to get back to the .500 mark Friday night at Blue Ridge District rival Northside, a team the Colonels have not beaten since 2008.

The Colonels’ opening victories over Harrisonburg and Rockbridge County are in the rearview mirror.

“Those two wins were more than a lot of people have ever gotten in their football career,” Nichols said. “Coming from Massaponax, I know what takes to have a winning program.

“After those two wins, a lot of us were satisfied. After these past three weeks, we all know that two wins isn’t good enough.”

Lovelace is trying to rebuild Fleming’s program. Using Nichols at receiver is a way to get Lewis some experience for the next two seasons.

“He’s going to be our guy of the future,” Lovelace said. “We’re glad we can get him some reps now.

“We usually always have a series or two planned for Dashawn to come in. Then we go from there and kind of see the feel of the game and what we need.”

So does Nichols feel like a quarterback or a receiver?

“At quarterback, I have the ball in my hands,” he said. “At receiver, I’m just natural with it.