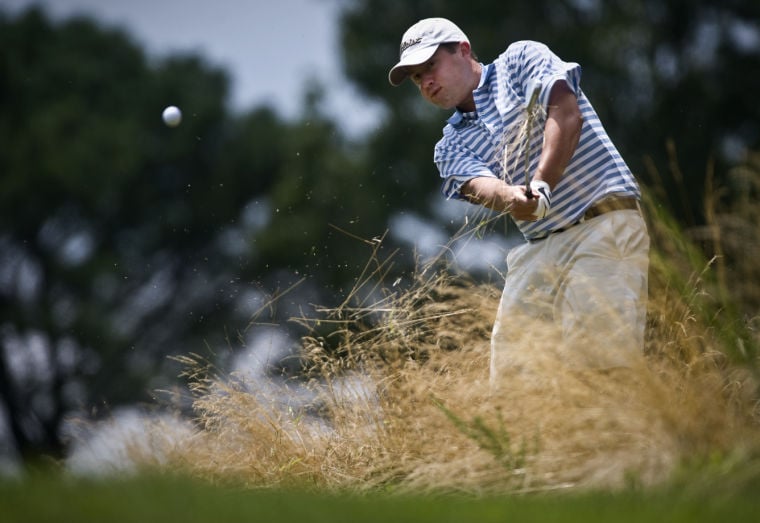 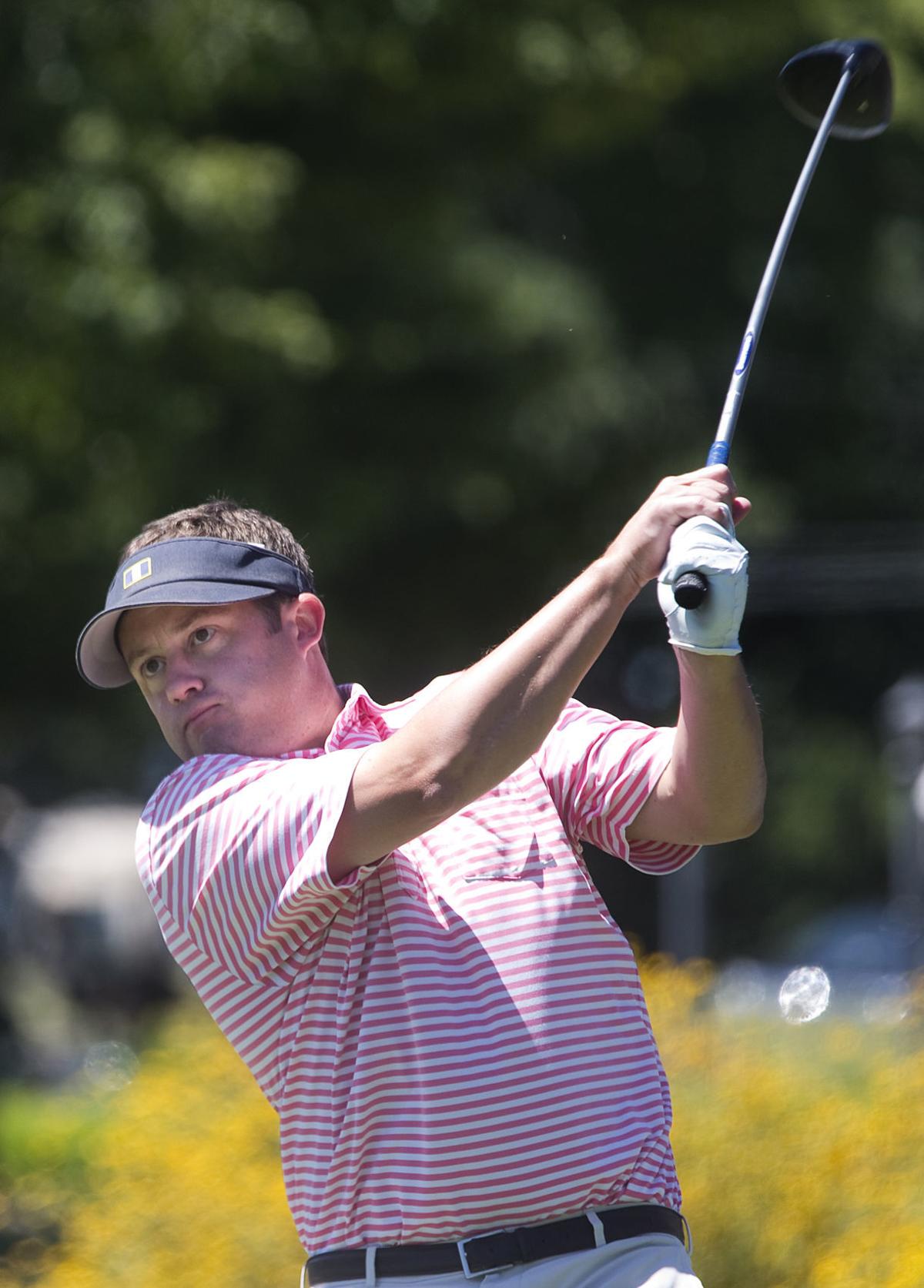 Brandon LaCroix tees off at the first hole in the quarterfinals of the 2017 Roanoke Valley Match Play Championship.

Brandon LaCroix will be turning 40 in the not-so-distant future and maybe then he’ll feel more like a hall-of-famer.

“It’s an honor,” Lacroix said of his impending induction into the Roanoke Valley Golf Hall of Fame. “There’s mixed reactions. I have family and coaches involved and it’s as much an honor to them as well, even though they’re not getting the recognition.”

In recent years, the selection committee often has recognized one inductee based on playing performance and a second based on contributions to golf, including the late David Layman, a former coach, this year.

Among LaCroix’s numerous golfing accomplishments are two victories in the Roanoke Valley Golf Hall of Fame tournament, as well as a Roanoke Valley Match Play title.

In addition, he has served as chairman of the Roanoke Valley Golf Hall of Fame scholarship committee and other charity events.

LaCroix was born and raised in Roanoke and returned after his college days at Duke, where he was on the golf team.

He played in the 2001 U.S. Amateur in Atlanta and the 2002 PGA Tour stop at Kingsmill in Williamsburg, where he competed as an amateur.

He was in the hunt to win an event at North Carolina during his college days but doesn’t consider that to be his career highlight.

“I would say it was just playing with some of the guys you don’t even see on TV anymore,” said LaCroix, who did go up against the likes of current pros Kevin Streelman, Lucas Glover and Luke Donald.

Streelman played with LaCroix at Duke, where they finished first and third, respectively, in North Carolina’s annual tournament, and Glover was an ACC rival who played at Clemson.

“The highlight was traveling to some of the places we went and our coach would always find alumni nearby and we’d get to play some pretty sweet golf courses like Cypress Point,” LaCroix said. “I played there three times, as well as Olympia Fields, where they held the U.S. Open.”

Golf was just one of many sports LaCroix played as a youth and beyond. He was the starting point guard for the North Cross varsity basketball team and also served as a return specialist for the Raiders’ football team.

“I gave up football once I got some college [golf] coaches looking at me and telling me to give it up,” he said.

He also was a swimmer of some distinction and once held some Hunting Hills Country Club records, with City-County medals and ribbons to show for his prowess.

His father, Larry, was the starter for Hunting Hills’ summer swim meets and Brandon competed year-around for a time before he simply became burned out.

Although Brandon was born in Roanoke, his dad was from St. Louis and his mom, Barb, was from Cleveland. They moved to Roanoke after Larry was transferred by Kroger, the company for which he worked 50 years before retiring.

“They weren’t golfers whatsoever,” Brandon said. “They only started playing because they bought a house in Hunting Hills. My mom would drop me off and just leave me at the course all day.

“I’d just practice and grind myself to death till dark and then they’d come pick me up. Some people described me as the putter-boy statue when you drove down Hunting Hills Drive.”

His mom did more than drop him off.

She was “the staple at pretty much every hole of golf I’ve ever played in a tourney,” he said.

Father and son still get together annually for the Member-Member competition at Hunting Hills. They won a recent championship when Brandon hit an approach shot over the green, only to have Larry overcome the pressure and knock a chip within tap-in range on the third extra hole.

“That might be the biggest title I ever won,” Brandon said.

Now that Brandon and his wife, Caroline, have a 3-year-old daughter, Lilly, it’s shades of the old days.

“We go Sunday after church and ride nine holes,” he said. “She just wants to ride in the cart and then we go through the tunnel on No. 9 and yell, ‘Choo Choo,’ and go in and get french fries.”

Lacroix’s credentials wouldn’t be complete without the work that he has done for such charitable organizations as the Swing for a Cure American Cancer Society.

In 2011, LaCroix was tied in with former Duke basketball All-American J.J. Redick in a charity golf tournament at Ballyhack in Roanoke that raised $115,000 for Children’s Miracle Network and other charities.

“We had Steph Curry there,” he said. “Nobody knew who Steph Curry was. I didn’t play [golf] with him. People were saying, ‘There’s that good player from Davidson, and next thing you know, he explodes.’ ”

LaCroix isn’t about to explode, but when Curry makes the NBA Hall of Fame, they’ll have one thing in common.

Brad Greenway, who has spent the past nine seasons in charge of William Byrd’s girls basketball program, has been chosen as the Terriers boys coach.

Brandon LaCroix tees off at the first hole in the quarterfinals of the 2017 Roanoke Valley Match Play Championship.