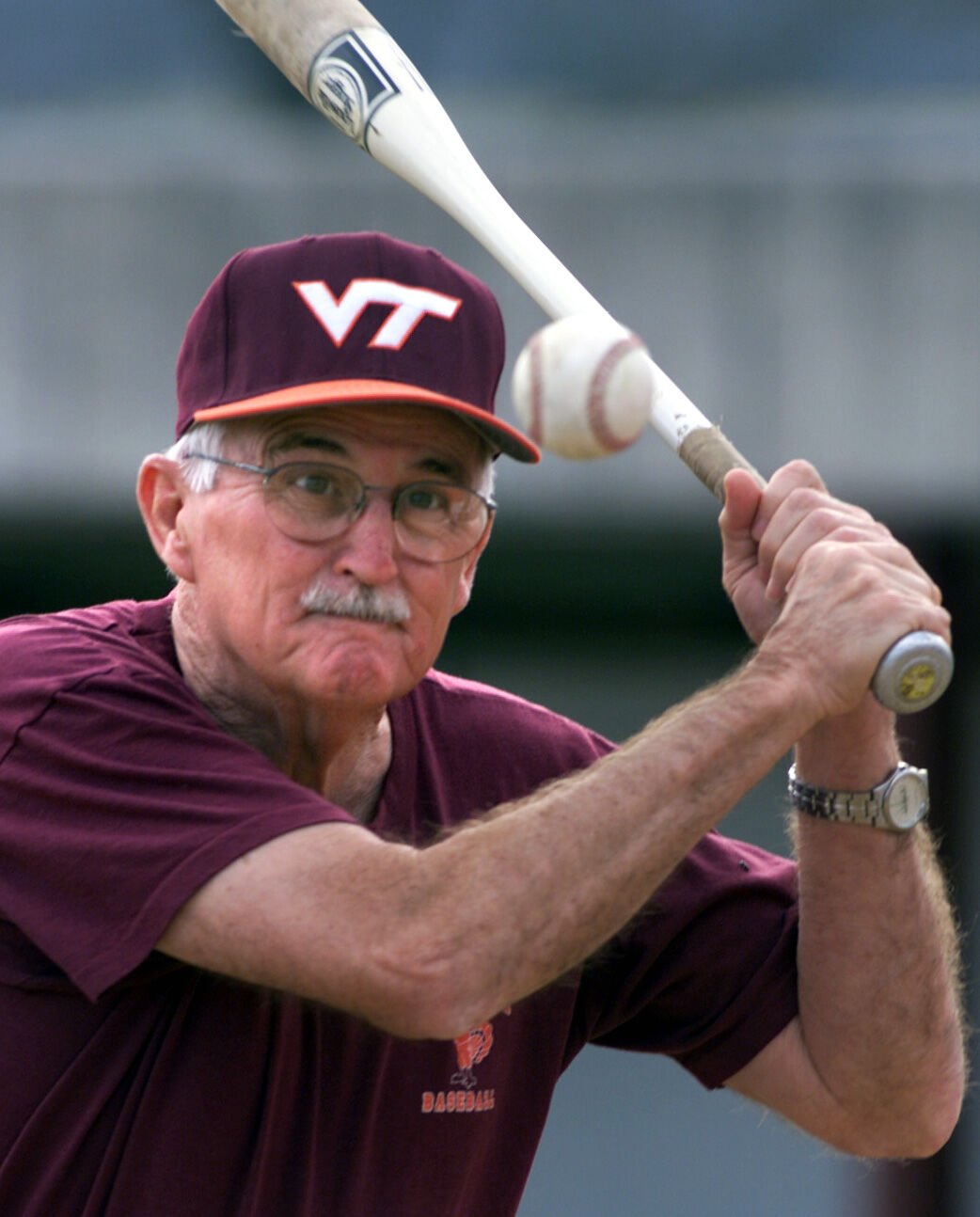 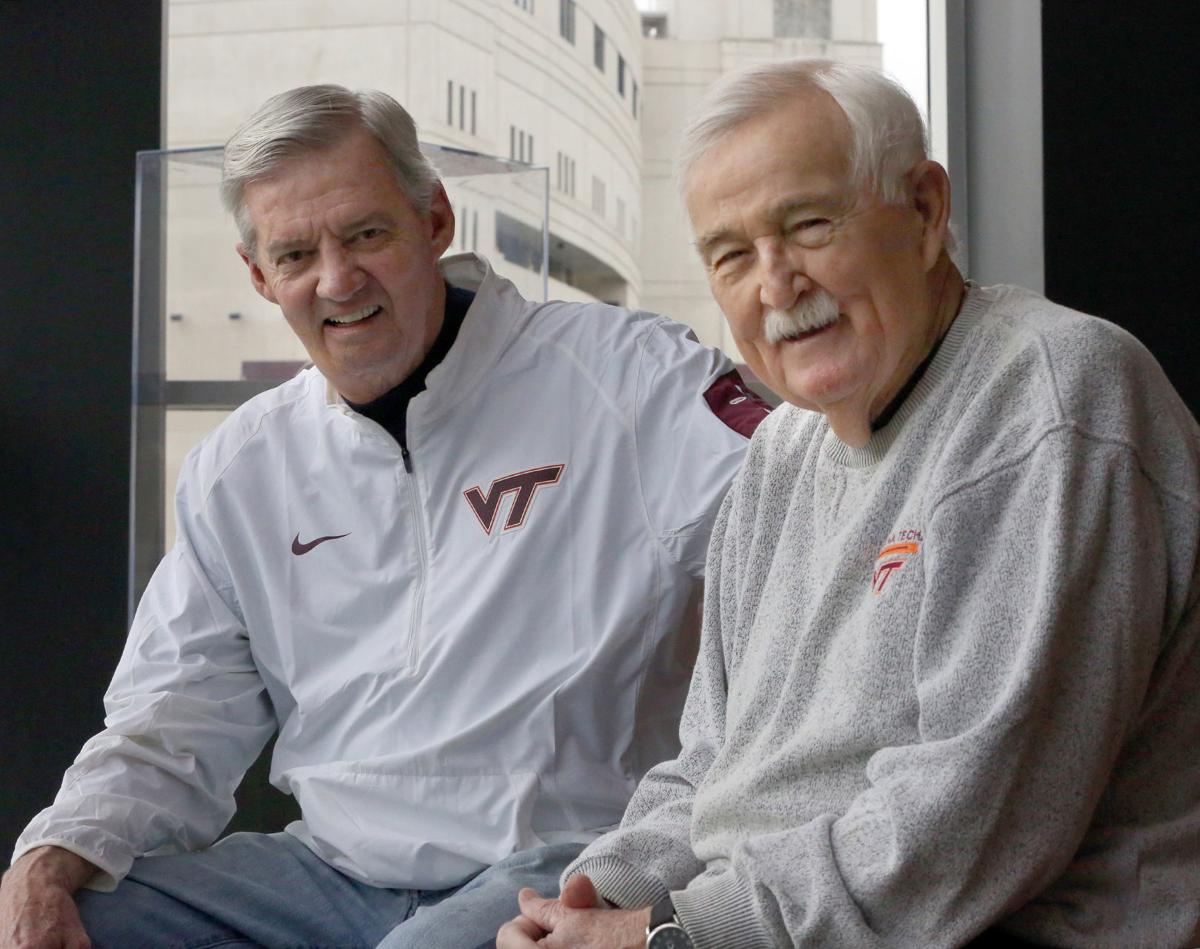 Former Virginia Tech football coach Frank Beamer (left) and the late Hokies baseball coach Chuck Hartman posed for this photo in 2018, the year they were both inducted into the Virginia Sports Hall of Fame.

Chuck Hartman, the winningest coach in the history of Virginia Tech athletics, died Monday night at the age of 85.

Hartness said he will remember Hartman for “making the game fun.”

“He wasn’t just all about work,” Hartness said. “When you hit the field, you played hard and gave it everything you had, and you had a little fun along the way.

“He taught a lot of kids about life and how to play the game the right way.

“He could relate to the kids. He was very personable.”

Hartman steered the Hokies from 1979-2006. Hartman won 961 games in 28 seasons with the Hokies. He guided Tech to four NCAA tournament berths.

Hartman was inducted into the Virginia Sports Hall of Fame in 2018.

Hartman, who steered High Point before taking the Hokies’ reins, was inducted into the American Baseball Coaches Association Hall of Fame in 2004. He won 1,444 games in his 47-year head-coaching career.

What kept him in coaching all those years?

“I loved it,” he said in a 2018 interview. “Of course, when you’ve got a big game coming up, you don’t sleep as well. But I loved going out there and trying to see if I could help them a little bit if you got into a jam.”

He won 483 games at High Point. He was inducted into the NAIA Hall of Fame for his success at that school.

He was inducted into Virginia Tech’s hall of fame in 2002.

Two of Hartman’s best seasons at Tech were when former major leaguer Franklin Stubbs was a sophomore and junior. The Hokies went 48-9 in 1981 and 50-9 in 1982 but didn’t make the NCAA tournament either year. The tournament field was half the size it is now.

Stubbs was one of 12 All-Americans to play for Hartman at Tech.

In a 2018 interview, Hartman talked about his approach to dealing with players.

“I wanted to pat them on the butt, but sometimes that doesn’t work because you’ve got some kid that’s not doing what you want him to do or he’s been in a little trouble,” Hartman said in 2018. “One of the best times I think I ever had in coaching, we were in Louisville. We had a lead up until about the seventh inning and they took the lead. For the ninth inning, we loaded the bases, and the guy we’ve got coming up has struck out three times. [One of] my players, I about kicked one through the pants. He said. ‘Coach, you’ve got to get somebody else [to pinch hit.]’ I said, ‘He’s on our team. We’re going with him.’ ... He hit a grand slam.”

Stubbs was one of seven major leaguers to play for Hartman at Tech, along with Kevin Barker, George Canale, Brad Clontz, Brian Fitzgerald, Joe Saunders and Mike Williams

In 1981, Hartman’s Hokies went 48-9, won the Metro Conference regular-season title and finished No. 20 in the final Baseball America national poll.

Jack Wilkes got off to a hot start in Sunday's third round, and came within two strokes of leader John Ferguson Hatcher. But Hatcher responded with three consecutive birdies.

A familiar name finds himself alone atop the leaderboard after two rounds of the 48th Annual Roanoke Valley Golf Hall of Fame tournament.

Lord Botetourt junior Ashton Harper's hot play picked up where he left off at the recent Scott Robertson Memorial.

When Steve Prater began working with Lanto Griffin on the golf course 20 years ago, two things stood out in the boy.

HOT SPRINGS — Keith Decker of Martinsville won a qualifier for the U.S. Senior Open on Monday at The Homestead.

Ben James says he's glad the Scott Robertson Memorial tournament is back because he's enjoyed playing in Virginia. He will play collegiate golf for UVa.

McFarling: A Roanoke Valley tennis champion to the end

Juanita Stanley was a Roanoke Valley women's tennis pioneer in the 1940s. She died Tuesday at age 96. She only stopped playing her beloved sport four years ago.

Former Virginia Tech football coach Frank Beamer (left) and the late Hokies baseball coach Chuck Hartman posed for this photo in 2018, the year they were both inducted into the Virginia Sports Hall of Fame. 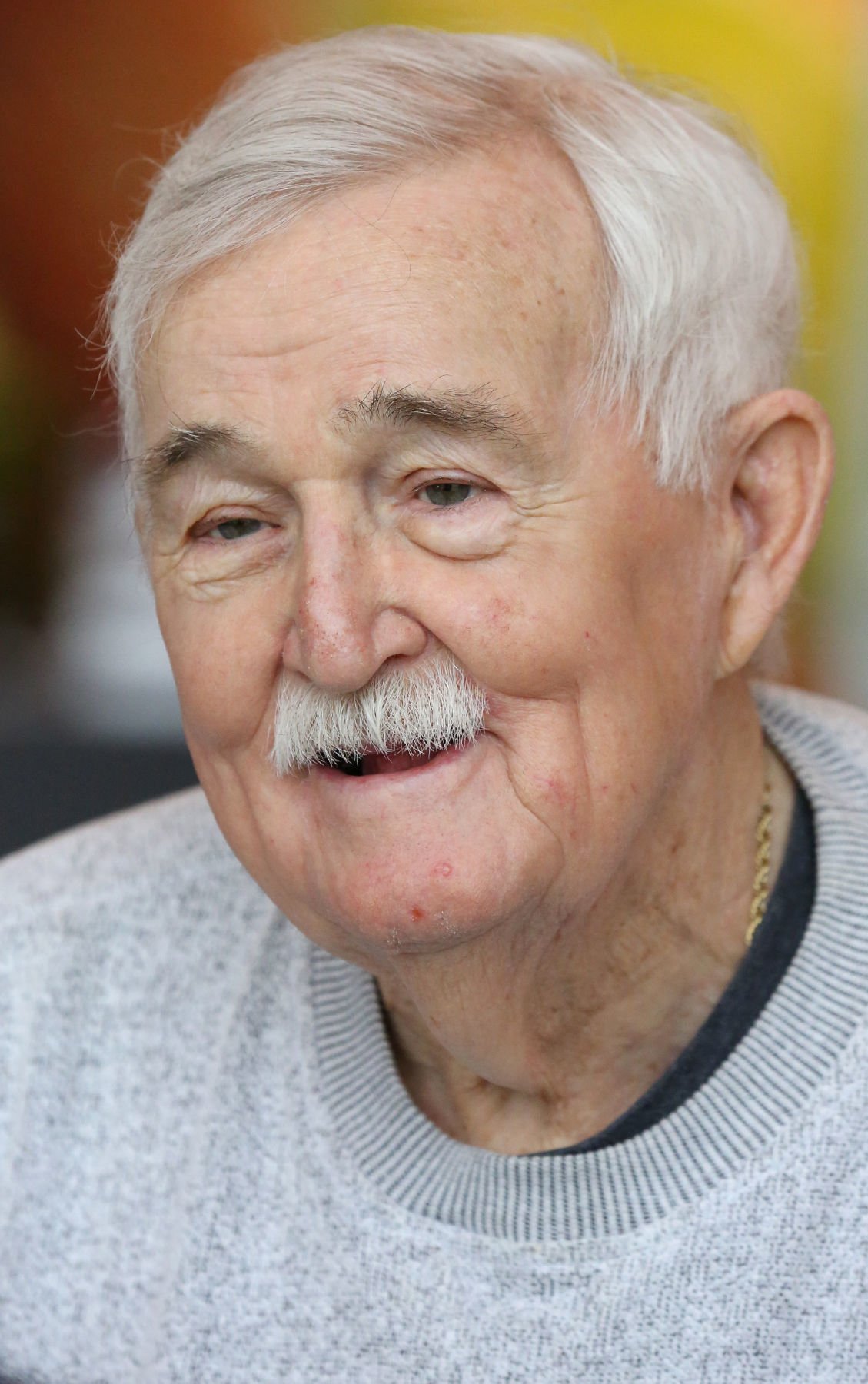