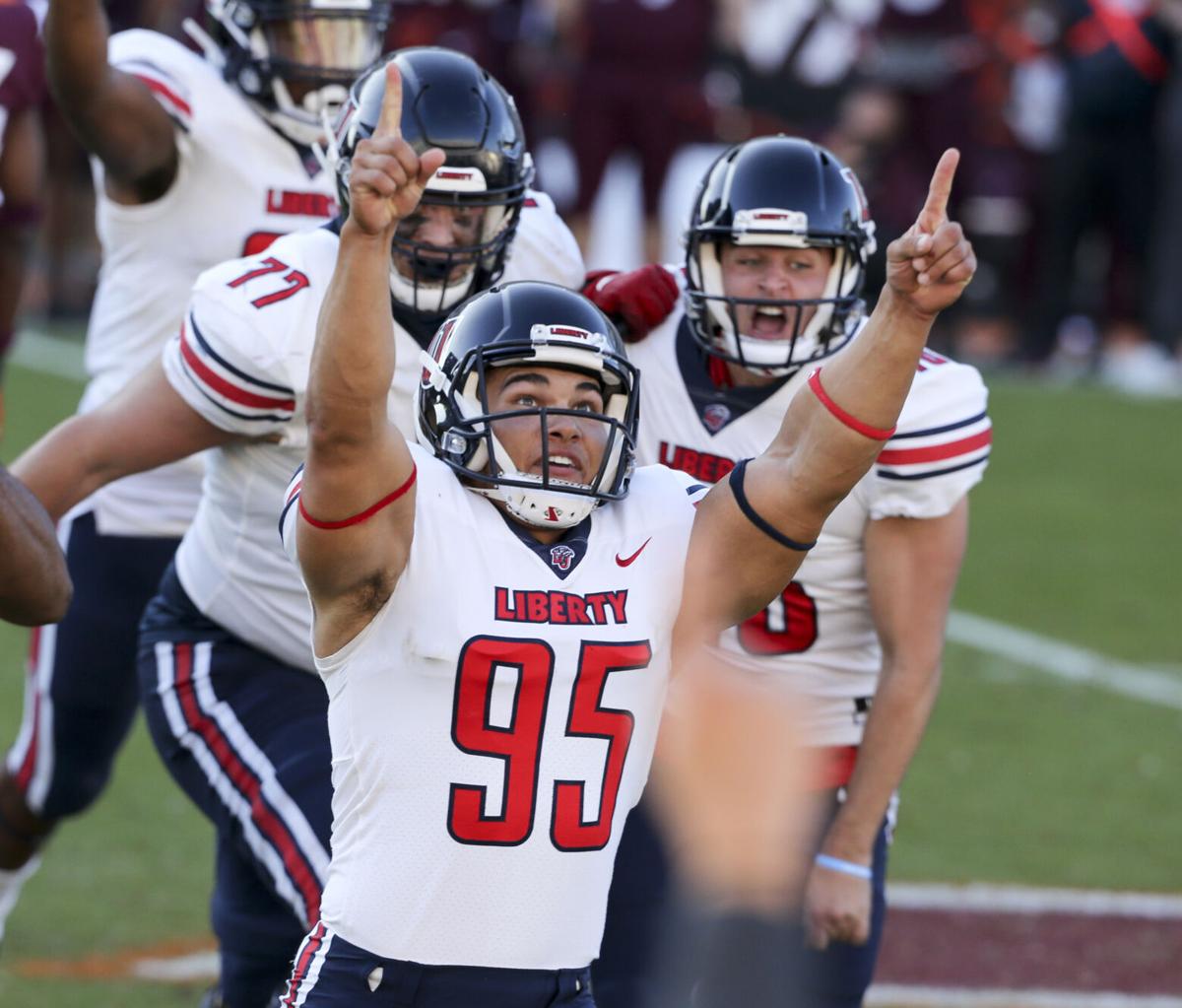 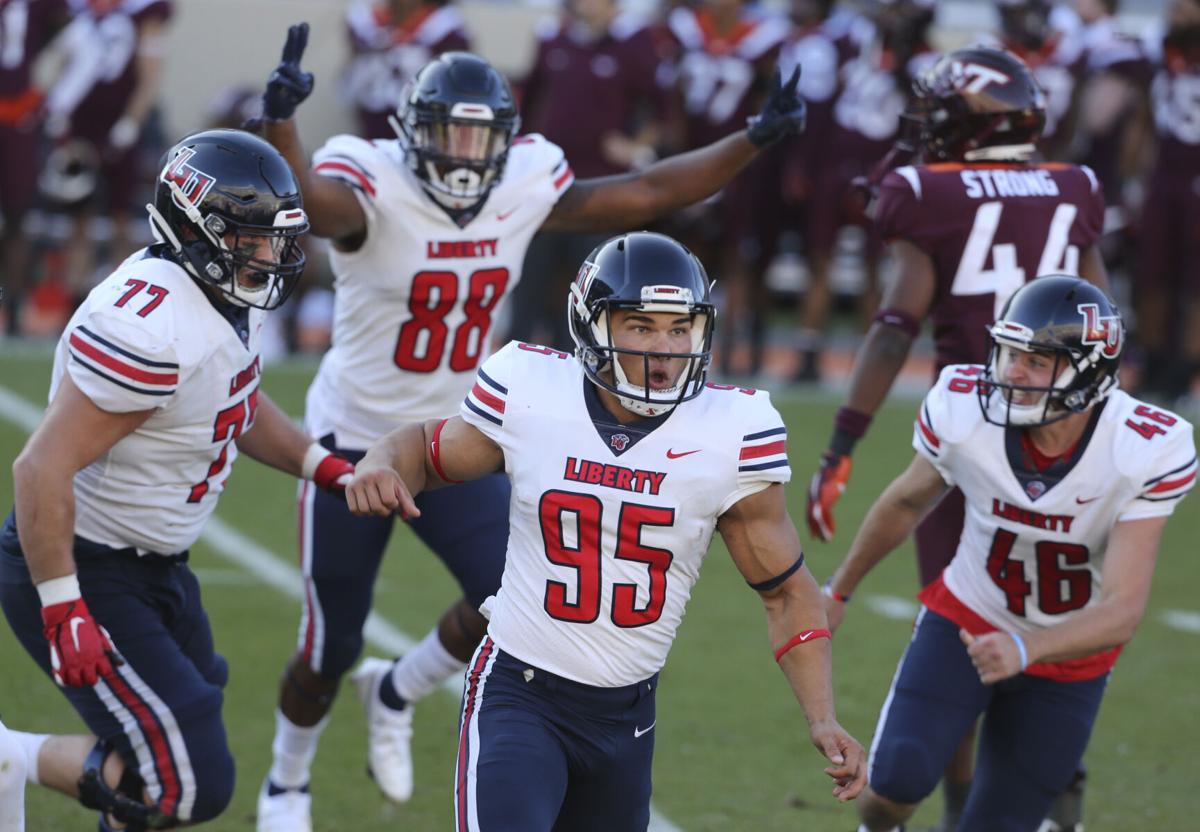 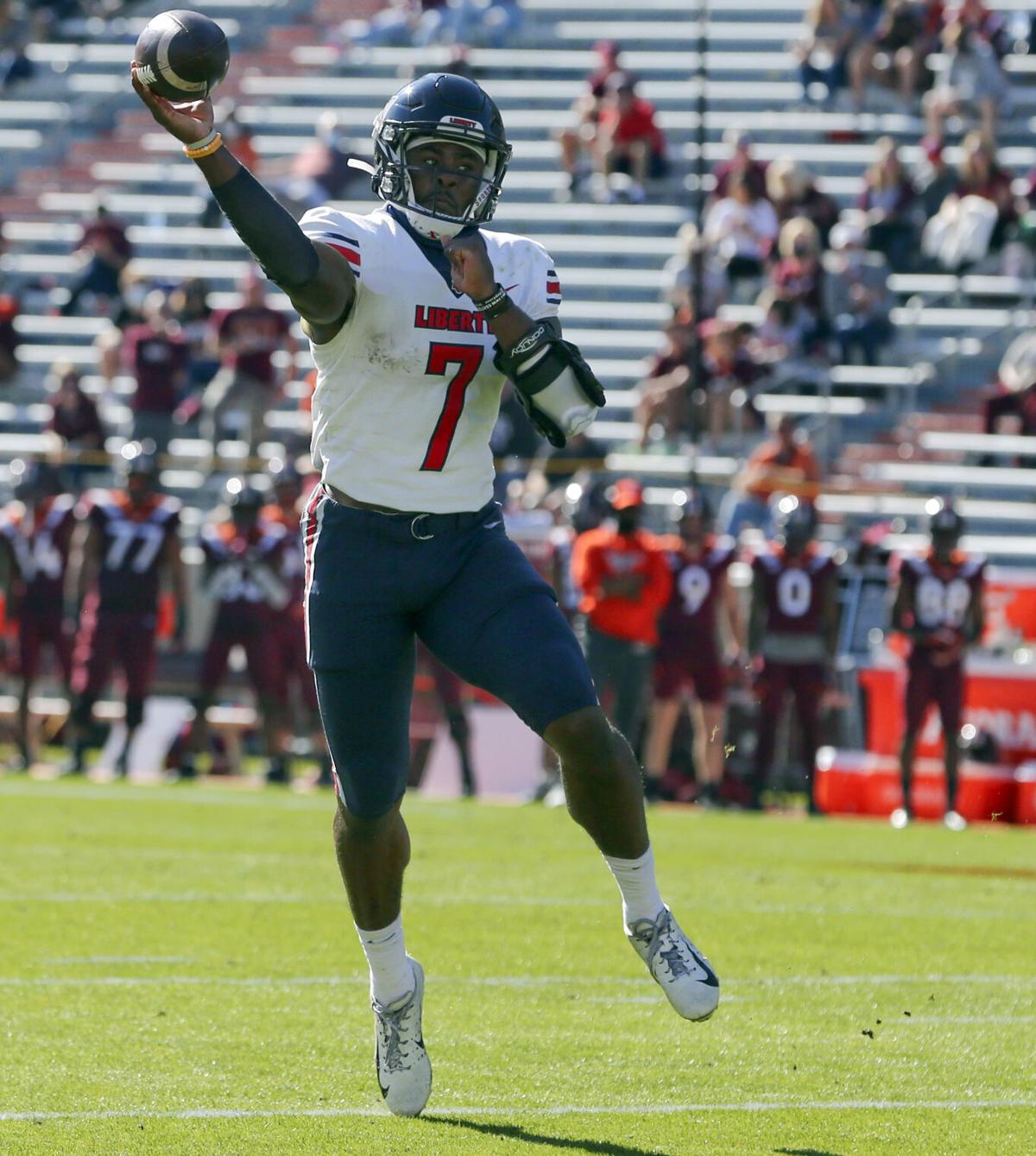 The Liberty University football team entered Saturday as a nationally ranked squad with a road win over an ACC foe already on its 2020 resume.

But No. 25 Liberty is in just its second season as an FBS program.

So the jubilant Flames reveled in their thrilling 38-35 upset win at Virginia Tech.

"To me, over the last 20 years … Virginia Tech is a top 25 program in the nation," Liberty second-year coach Hugh Freeze said on a postgame video conference. "Believing that, and knowing the type of players they have, for us to come to their place [and win] in Year 2 of our full FBS membership, I don't know that I can really put into words, really, how big it can be.

"It's an in-state, Power Five team; that affects recruiting. And obviously I have great respect for Coach [Justin] Fuente. … For us to do it this soon in our journey here is pretty special."

Former Penn State place-kicker Alex Barbir made a 51-yard field goal to give the Flames a 38-35 lead with one second left.

"Everyone [was] … in question of whether we actually are a good team," Barbir said. "Then we come out with a win.

"It's insane. I've been crying so much."

The Flames improved to 7-0.

"It was just so surreal, to be able to run on the field like that after a win," said linebacker Anthony Butler, a transfer from Charlotte.

"We can't worry about any logos being older than our logos," said Liberty quarterback Malik Willis, an Auburn transfer who threw for three touchdowns and ran for another.

"They're a really good football team. … We wanted to go out there and prove that we are just as good."

Liberty, which won at Syracuse last month, was a big underdog Saturday.

"To come play the big-boy team, … I just couldn't be prouder of the way our kids competed.

"You don't get a lot of moments like this in team sports, particularly with a school that's trying to build a program and has just been FBS for a few years. And now to have two wins over Power Five opponents in Year 2, it's kind of euphoric."

"I've been thinking about playing a team like V-Tech … since I was a kid," Mack said. "To be a part of a win, that just means a lot.

"This is a measuring stick for us."

"Instead of scoring the touchdown, we should've taken the knee," Freeze said. "I was so mad at myself."

After Tech tied the score at 35 with 52 seconds left, the Flames drove down the field and lined up for a 59-yard field-goal attempt.

Barbir's attempt was blocked by Tech, with Jermaine Waller recovering the ball and scoring on an apparent 41-yard touchdown return on the game-ending play. But Fuente had called timeout before the kick, so the touchdown was nullified.

"They were blowing [the whistle]. Our line just stopped," Freeze said. "I don't know how the white hat didn't hear it."

"They kept the play going, so I was confused," Willis said. "That was scary."

So the Flames still had the ball on fourth-and-6 with eight seconds left.

Willis teamed with C.J. Yarbrough, who was near the left sideline, on an 8-yard pass for a first down. Yarbrough stepped out of bounds at the VT 33 with five seconds left to set the stage for the winning field goal.

"The [Tech] corner was off very, very far, so I felt like if I got it to [Yarbrough], he'd have the opportunity to catch it and get out of bounds," Willis said.

Freeze said the short pass was one of three options Willis had on that play. The others were for Willis to run around until time expired to send the game into overtime, or for Willis to throw a Hail Mary pass.

"They gave us the first down throw there to step out of bounds, which got [Barbir] inside the [VT] 35, which we felt really good about," Freeze said. "I was getting nervous because the official was standing over the ball and I knew we had it, and I was like, 'Oh, please, hurry up, let us snap it.’

"That's a tough call for all of us there. They're thinking Hail Mary."

"I closed my eyes," Willis said. "When everybody started yelling, I was so happy."

Liberty's upset wins of note in the last 11 seasons.

Jack Wilkes got off to a hot start in Sunday's third round, and came within two strokes of leader John Ferguson Hatcher. But Hatcher responded with three consecutive birdies.

A familiar name finds himself alone atop the leaderboard after two rounds of the 48th Annual Roanoke Valley Golf Hall of Fame tournament.

Lord Botetourt junior Ashton Harper's hot play picked up where he left off at the recent Scott Robertson Memorial.

When Steve Prater began working with Lanto Griffin on the golf course 20 years ago, two things stood out in the boy.

HOT SPRINGS — Keith Decker of Martinsville won a qualifier for the U.S. Senior Open on Monday at The Homestead.

SALISBURY, Md. – Jake Lyons threw 4 1/3 innings of scoreless, one-hit relief to lead the Delmarva Shorebirds to a 5-1 victory over the Salem R…

Ben James says he's glad the Scott Robertson Memorial tournament is back because he's enjoyed playing in Virginia. He will play collegiate golf for UVa.

McFarling: A Roanoke Valley tennis champion to the end

Juanita Stanley was a Roanoke Valley women's tennis pioneer in the 1940s. She died Tuesday at age 96. She only stopped playing her beloved sport four years ago.