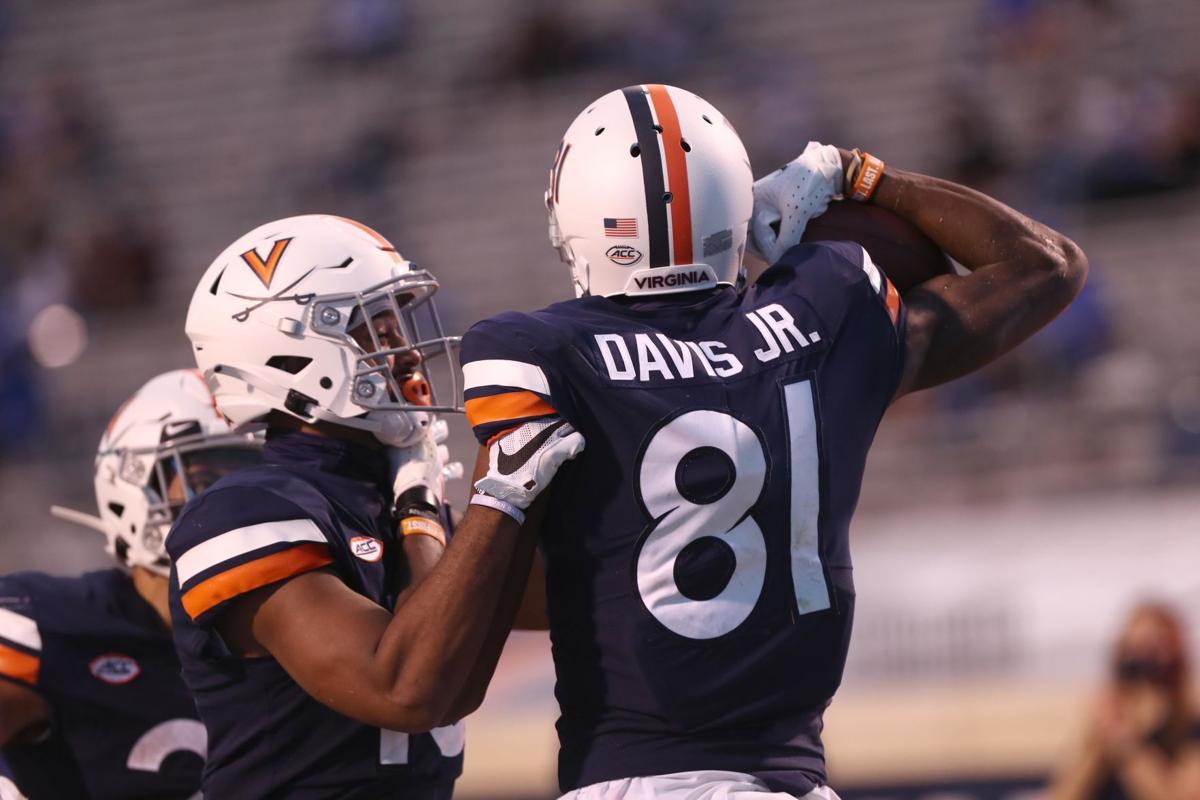 Virginia wide receiver Lavel Davis (right) celebrates a touchdown Saturday during the first game of the season against Duke at Scott Stadium in Charlottesville. 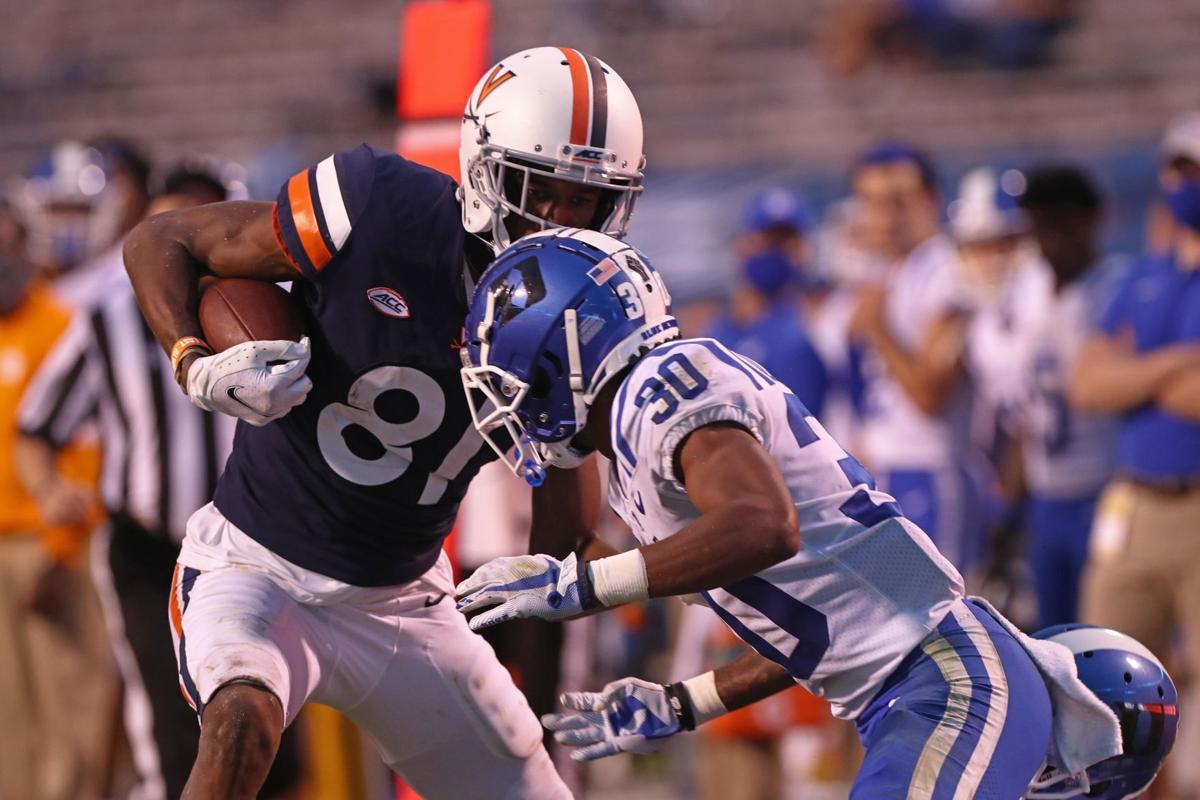 As if opening the season with a win wasn’t enough, Virginia had the bonus of being tested Saturday.

The Cavaliers trailed at some point in every quarter before pulling away for a 38-20 victory over Duke at Scott Stadium.

It was the first game for the Cavaliers, whose original schedule called for UVa to play three games by Sept. 26.

“What a journey it’s been just to play football,” Mendenhall said Saturday night. “It was just a surreal experience. There were many times throughout the game when I couldn’t believe we were playing and that it counted and it was for real.

“It was unlike anything I’ve experienced before. I wanted so desperately for our players to have success on the field and have a tangible result to show for it because of how diligent they’ve been in all the [COVID-19] protocols.

“It could change for us tomorrow, but to this point, they’ve done a really nice job.”

Most eyes were on UVa sophomore quarterback Brennan Armstrong, taking the first steps to fill the shoes of his celebrated predecessor, Bryce Perkins.

Armstrong completed 24 of 45 passes for 269 yards and two touchdowns, both to Lavel Davis, a 6-foot-7, 210-pound freshman from Dorchester, South Carolina.

Davis, a three-star on the five-star scale used by recruiting services, did not sign with UVa until June 1 and mostly was getting attention from programs such as Appalachian State and Coastal Carolina.

“You could tell early on [that] he struggled a little bit,” fellow wideout and co-captain Terrell Jana said, “but as soon as you make one play, you kind of fall into what you know, and what he knows is making plays.”

In less than three minutes, Davis had added a second touchdown reception. He finished with four catches for 101 yards, the first time a Cavaliers’ freshman had gone over 100 receiving yards in his first game.

“For a true freshman, it’s hard to come out and make plays,” Jana said. “My first year, I wasn’t doing anything nearly like he’s doing. But he’s been doing it in practice a lot. Our thing was to keep reminding him, ‘Trust your preparation. Trust the process.’ ”

Armstrong said, “That 6-7 presence. … You can’t coach that. It’s only going to get better from here.”

It wasn’t just offense for UVa, which held Duke scoreless for the final 20:51. Part of that was time of possession as the Blue Devils had the ball for only 5:50 out of a possible 15 minutes in the fourth quarter.

Not to be overlooked were a pair of interceptions by UVa strong safety Brenton Nelson in the third quarter, both inside the Cavaliers’ 10-yard line. Nelson missed the final six games of the Cavaliers’ 2019 season.

“You never really know what you have till you lose it,” Nelson said. “It’s a lot of hard work, especially during the offseason, but I’m so glad to be back.”

The Rays have made it to the World Series in only the fourth season of Neander's reign.

UVa showed some signs of life on offense, but loses in a South Florida downpour Saturday night.

VMI to kick off football season in February

The Keydets will play an eight-game football season from February to April.

You know about the Hokies and Cavs, but here's a look at this week's other games involving ACC and state teams.

The linebacker/safety and his team will face UVa this week and Virginia Tech next week.

Virginia wide receiver Lavel Davis (right) celebrates a touchdown Saturday during the first game of the season against Duke at Scott Stadium in Charlottesville. 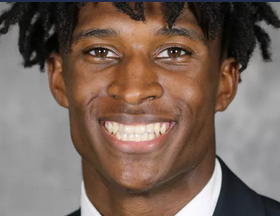