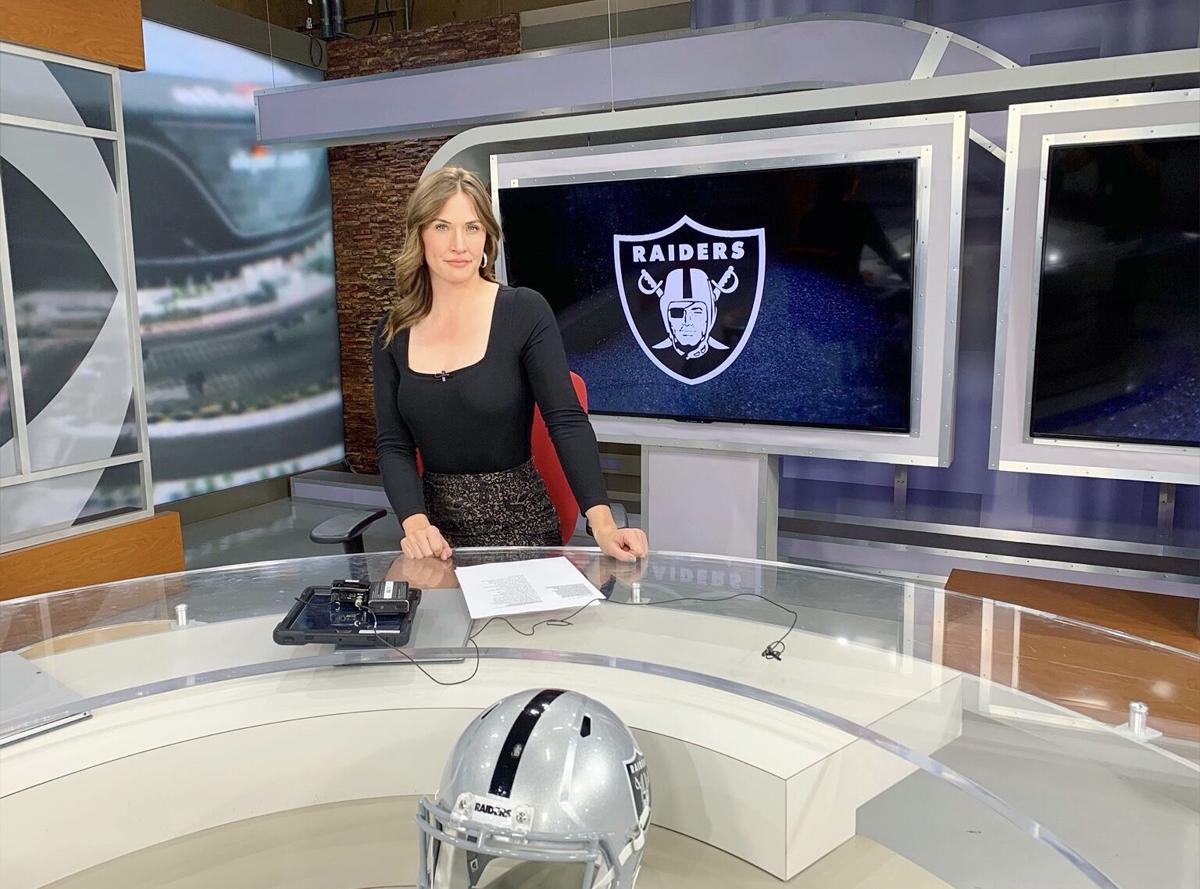 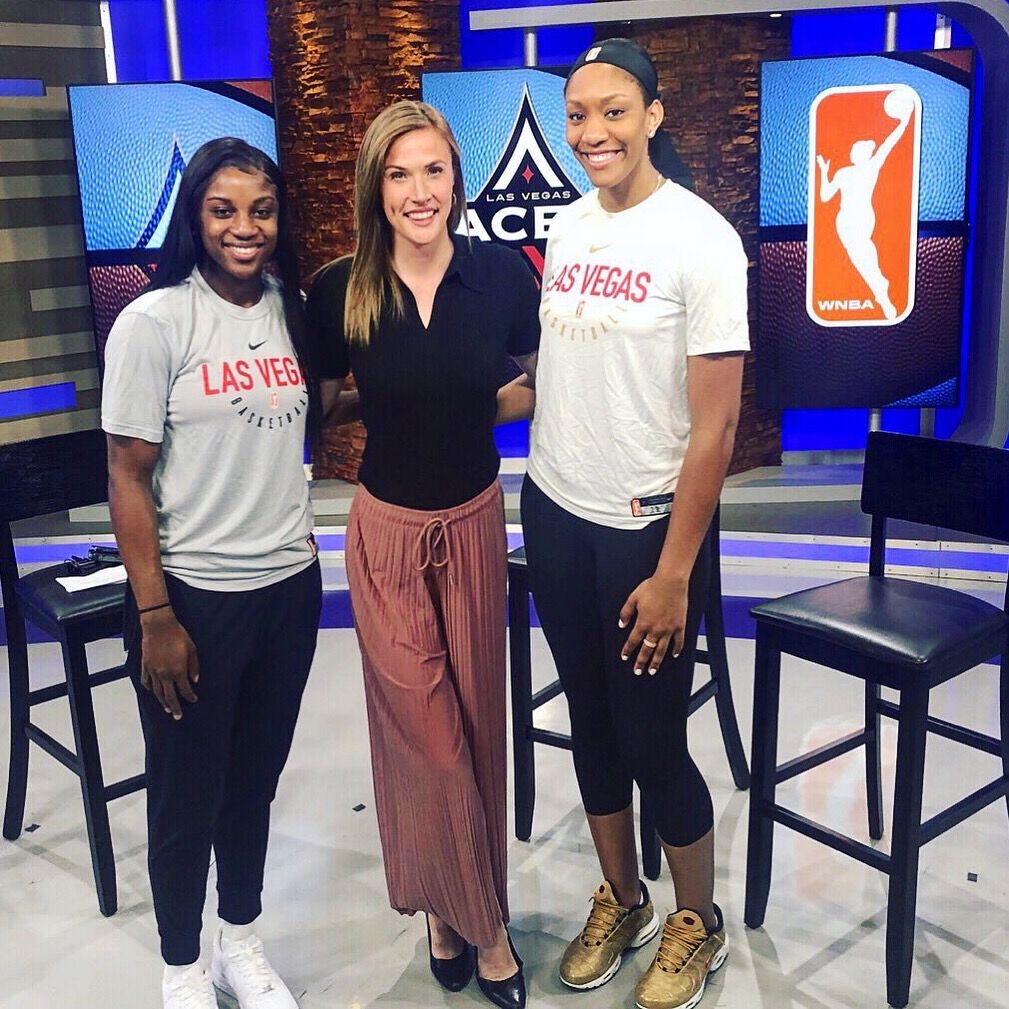 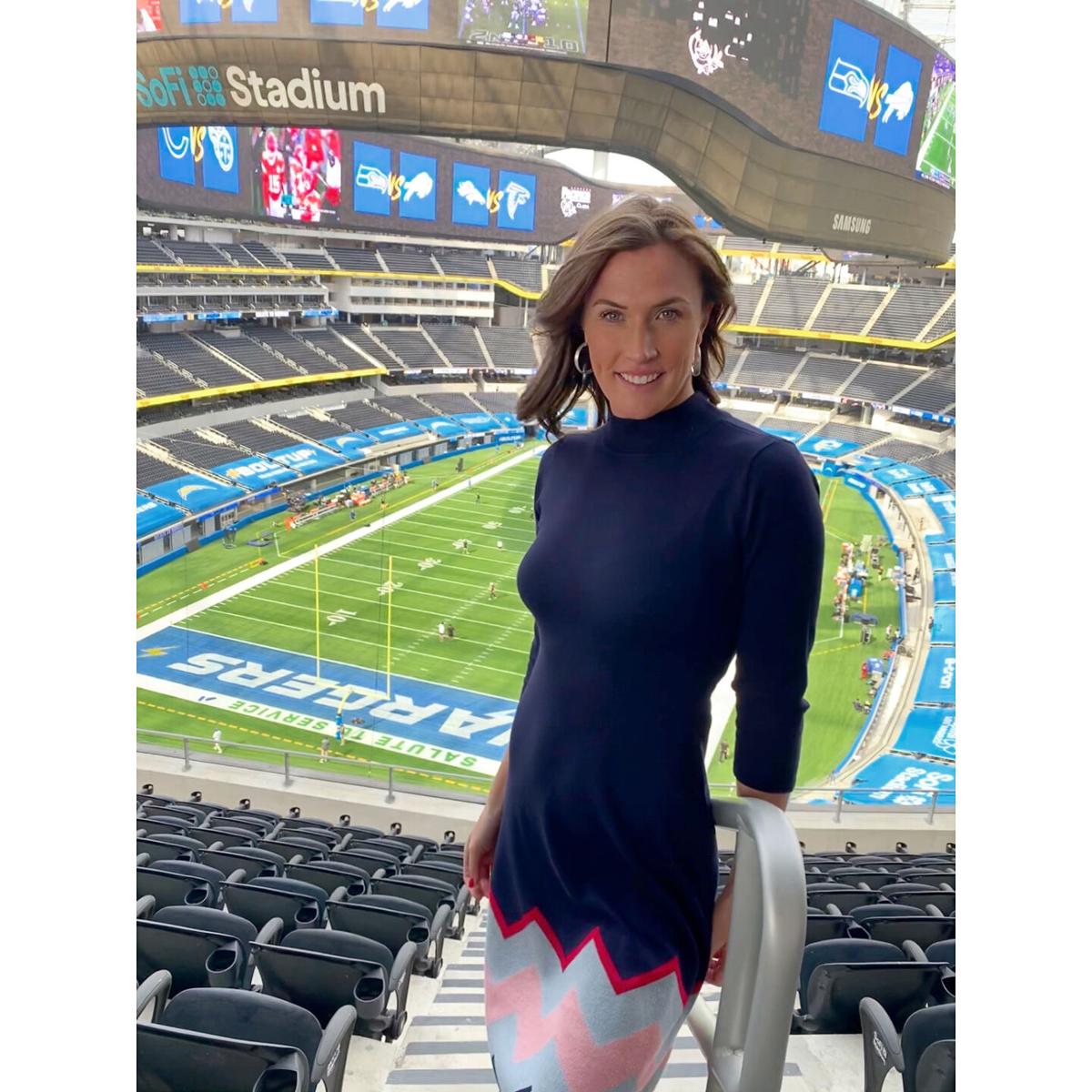 Four years ago, Kevaney Martin left Roanoke for a job in Las Vegas.

That move has paid off with a front-row seat to the rise of pro sports in the Sin City.

“This city, in the four years that I’ve been here, oh my gosh, it’s transformed. It’s a major sports town now, and it’s awesome,” Martin said in an interview last month over lunch in Las Vegas. “Before the NHL broke that seal, it was always, ‘Major sports will never make it in Las Vegas.’ And here we are.”

Martin had never stepped foot in Vegas before getting the KLAS job. She joined the station just a few months before the inaugural season of the NHL’s Vegas Golden Knights began and with the knowledge that the NFL’s Oakland Raiders would be moving to Vegas in 2020.

“I fell in love with this city, this community, and I never in a million years thought I would say that,” said Martin, 32, who lives in suburban Las Vegas.

The Golden Knights made the 2018 Stanley Cup finals in their debut season.

“A crazy, wild ride that we never in a million years saw unfolding the way it did,” said Martin, who got to cover the 2018 finals. “The Golden Knights are a blast to cover.”

Martin attributes the city’s love of the Golden Knights to how the team responded when 58 people were killed and hundreds were wounded in the mass shooting at a country music festival on the Las Vegas Strip in October 2017.

“The day after, … the entire Golden Knights team was out in the community giving blood,” Martin said. “We had some really powerful video of some of the team’s players just embracing strangers.

“It just built after that, the love and support. It’s really incredible to witness.”

Martin, who is part of a four-person sports department, also covers Raiders games. She not only covered home games during the Raiders’ inaugural Vegas season last year but also a few road games.

“That’s the best part about this job, is you kind of get to dabble in all different [sports],” she said. “It’s a lot of work. … When you’re going from the Golden Knights to the Aces to the Raiders, you have to stay on top of it all.”

“As a former hooper, I love, love, love covering the Aces,” said Martin, a former Monmouth University player who lost to Aces coach and former Detroit Pistons star Bill Laimbeer in an on-air game of H-O-R-S-E.

Martin interviewed the late Los Angeles Lakers legend Kobe Bryant and his late daughter Gianna “Gigi” Bryant when those two attended an Aces game in May 2019 — just eight months before those two died in a helicopter crash.

“So his handler or manager was standing nearby and … I was like, ‘I don’t want to talk to Kobe, I want to talk to Gigi. Is that OK? If he wants to come be in the interview too, that’d be great.’

“So during one of the timeouts, Gigi and Kobe walked over and I did that quick interview with them. … His face lit up when she was talking. It was all about her. He wanted her to have the spotlight.

“That was special. And pretty sad, too, when you look back at it.”

“I was never a fight fan,” Martin said. “But here, you have to be on your game for that because we do a lot of UFC coverage, a lot of boxing.

“Once you study a sport and read about it and get to know the guys and interview the guys, you get this newfound respect for it. … I’m a big-time UFC fan now.”

Melanie Newman, who was the radio voice of the Salem Red Sox in 2019, will make ESPN history Wednesday.

Newman will be the play-by-play announcer and team up with analyst Jessica Mendoza on the San Diego Padres-Los Angeles Dodgers game at 10 p.m. Wednesday. It will mark the first time ESPN has ever used an all-female duo to announce a Major League Baseball, NFL or NBA regular-season game or playoff game.

Newman made her ESPN debut last week, teaming with analyst Doug Glanville on a San Francisco Giants-San Diego Padres game. She remains a part of the Baltimore Orioles’ announcing crew on both MASN and the radio.

Newman received national attention in July when she was part of the first all-women announcing team for a Major League Baseball game. She did an Orioles-Tampa Rays game for the “MLB Game of the Week” on YouTube with analyst Sarah Langs, on-field reporter Alanna Rizzo and pregame/postgame hosts Heidi Watney and Lauren Gardner.

In August, Newman was part of the second all-female announcing team for a Major League Baseball game. She worked with analyst Elise Menaker and Rizzo for a nationally televised Chicago White Sox-Chicago Cubs telecast on the MLB Network.

The Christiansburg driver and Auburn High grad will be part of Stewart's two-driver NHRA team next year.

Dan Bremner had plenty of time for self-evaluation last year.

His earliest memories of Martinsville Speedway are riding through the gates with his grandfather in a hot dog truck.

Antonio Gibson's 2nd year has been better than his 1st, as he's added an extra dimension to his game

ASHBURN - Antonio Gibson's 73-yard touchdown on Sunday was set up 5 yards behind the line of scrimmage.