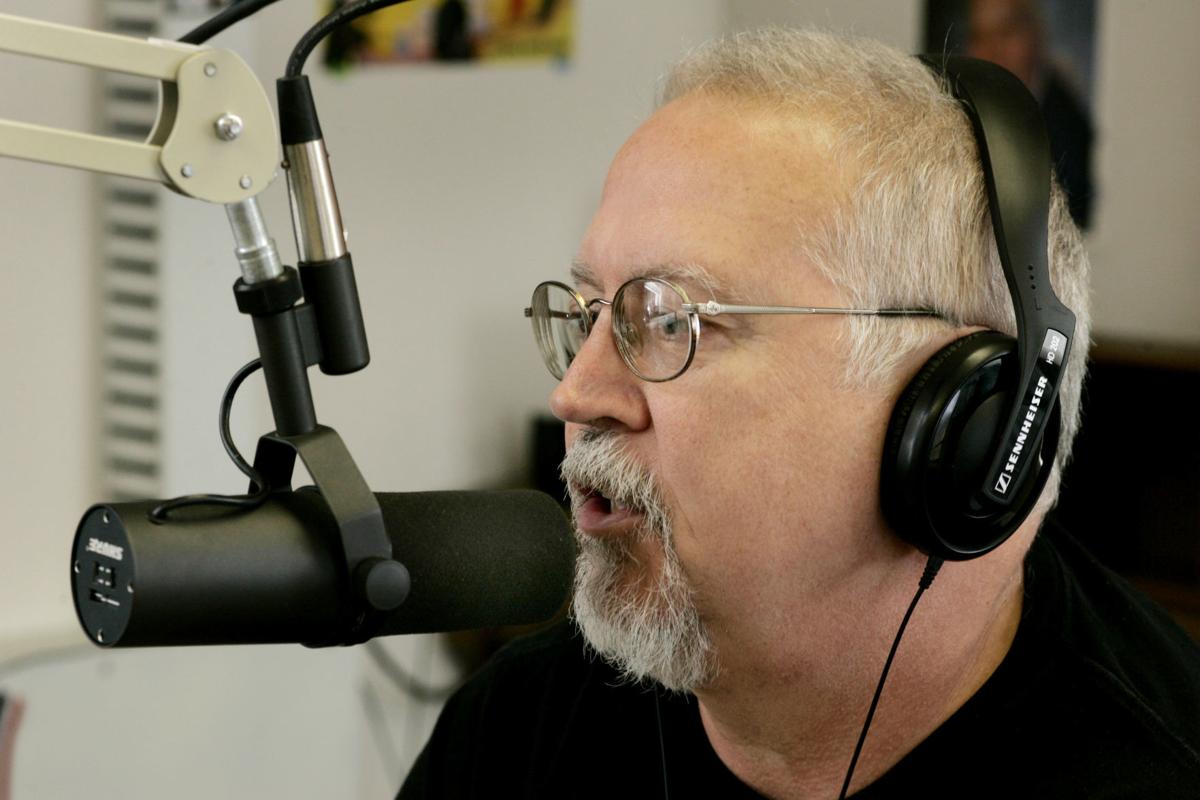 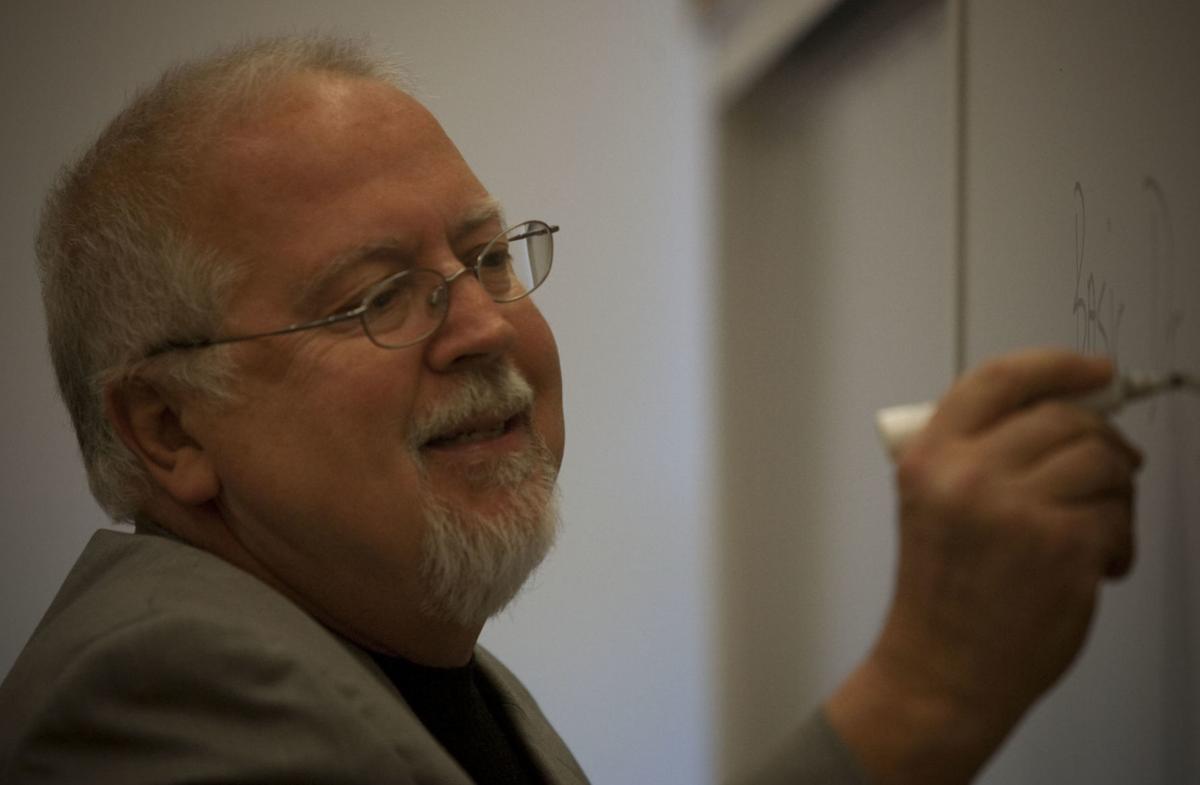 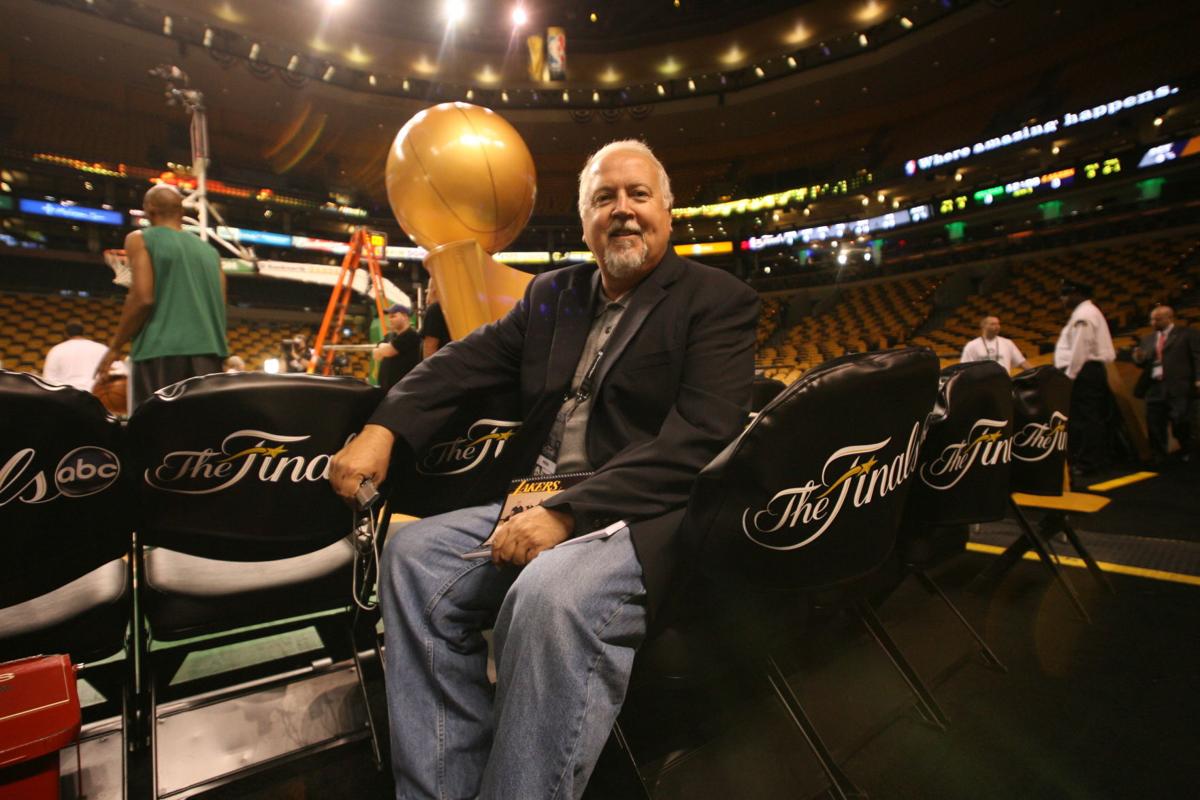 Roland Lazenby barely had time to process the passing of Kobe Bryant before he was besieged by worldwide media seeking his reaction.

Lazenby, a Roanoke author, has written numerous books about professional basketball, including two specifically about Bryant, who died Sunday in a helicopter crash that also killed eight other people, as well as his daughter Gianna.

“I was doing interviews till 1:30 [Monday morning],” said Lazenby, whose books have been translated into nine languages.

Bryant was the main subject in two of Lazenby’s books. The first was “Mad Game: The NBA Education of Kobe Bryant,” published in 1999, which focused on the early years of Bryant’s NBA career.

The latest, “Showboat: The Life of Kobe Bryant,” came out in 2016, the year that Bryant retired.

“Kobe would cycle in and out of media people,” said Lazenby of his relationship with Bryant. “He always had one or two guys around him who were confidantes. I was one of those guys from roughly ’96 till somewhere around 2002 or 2003.”

Bryant went through a tough patch in 2003 when he was charged with felony sexual assault in Colorado. The charges were later dropped at the request of the accuser. Bryant eventually settled with the accuser on a civil case out of court.

“We would be cordial,” Lazenby said. “I would see him. It was still the days where he would give me his password where I could call him up and talk to him in his hotel room.

“I never went after Kobe, but these books I do, as you can imagine, it’s not all home week for anybody. These guys want to control their narratives as much as they can.”

Lazenby also has written basketball books about Michael Jordan and Jerry West among others, although his works haven’t been confined to basketball.

An in-law called Lazenby on Sunday to inform him of the crash that killed Bryant and everybody else on the helicopter. Shortly thereafter, Lazenby heard from George Mumford, a sports psychologist who had introduced Bryant and other star athletes to meditation.

“He sent me a text and I just fell over,” Lazenby said. “The last thing I want to do is sit around and read one of my books, and yesterday morning, before I knew any of this, I sat down and read the foreword and the opening section to the Kobe book.

“And, I promise you, I probably have not done that since the book came out. It wasn’t 15 minutes later before I got the text and the call.”

Clearly, Bryant was one of the greatest players in the history of the sport, but what else?

“Kobe, obviously, was very divisive,” Lazenby said. “He destroyed his personal life, really, and then managed to rebuild it. Nobody has the will to do that, particularly in the way he did.”

It is unlikely that Lazenby will be attending a funeral.

“I‘ve thought about it,” said Lazenby, who is working on a Magic Johnson biography in the wake of a Michael Jordan bio that has outsold his other works. “I try not to be self-important because, as soon as I did, there would be plenty of reminders [that he isn’t].

“I guess the thing that’s hijacked is my heart.”

The thought of Bryant’s daughter losing her life was particularly heartbreaking for Lazenby, who Tuesday recalled the days when his daughter, Morgan, would watch Jordan videos with him.

On Monday, Lazenby also tweeted about a memory involving Morgan and Bryant:

“Funny the things that come back to you. Kobe wrote out a note to my then-12-year-old daughter Morgan, an AAU player, telling her to hold onto her dreams. Today’s she’s a mom with memories of how important Kobe was in the building of her own fierce work ethic.”

Lazenby is convinced that Bryant, who entered the NBA Draft right out of high school, would have played for his college choice, Duke, if the decision had been left to him.

“Kobe, before he signed a contract, Kobe told [Adidas executive] Sonny Vaccaro, ‘Mr. Vaccaro, is there a way I can go to college and still have this money?’ ” Lazenby related. “No one could ever say for a moment that Kobe cheated the game.”

Are the Green Bay Packers pretenders?

In any other season, the Salem Red Sox would be one win away from a momentous celebration.