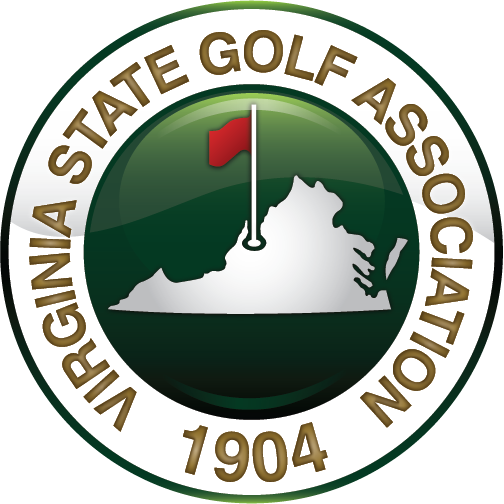 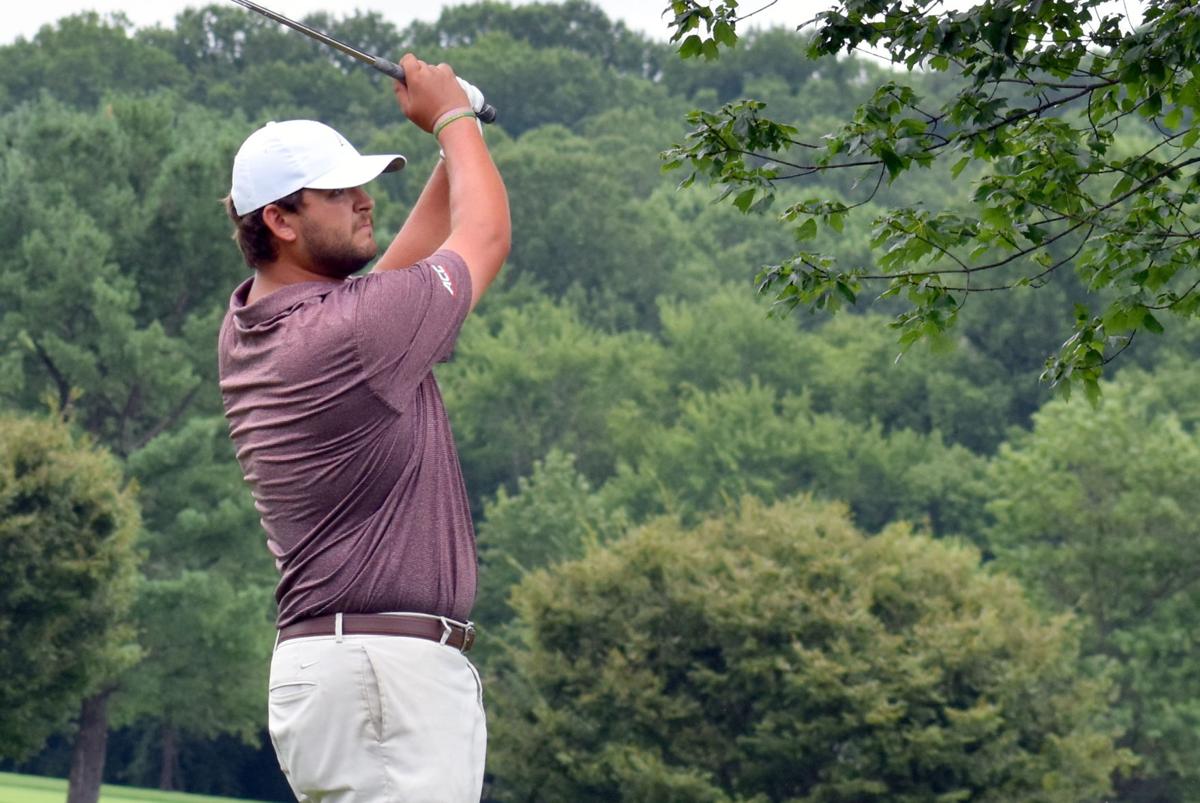 Martin Lawrence Jr. follows his shot during the VSGA Amateur final on Saturday. 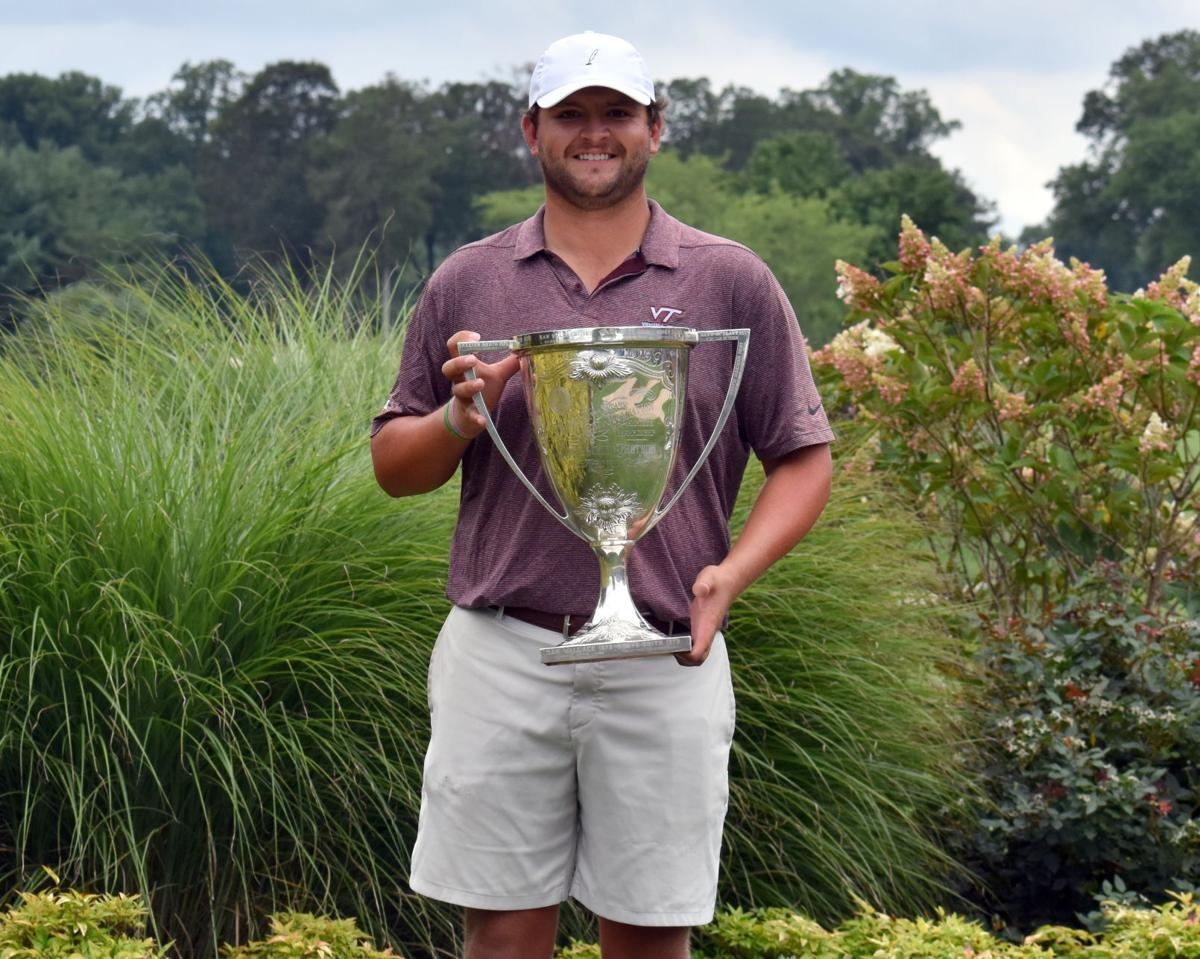 Virginia Tech’s Mark Lawrence Jr. poses with the trophy after winning the VSGA Amateur on Saturday.

The current Hokie took advantage of some timely success with his short game to beat future Virginia Tech golfer David Stanford of Vienna 3 and 2 in the 36-hole final to win his second State Am title in four years.

Paired with his victory in last month’s State Open of Virginia, Lawrence — who lives in Richmond when he’s not in Blacksburg — became just the fourth player to ever win the two marquee men’s events in the state in same year.

And it’s been a while since the feat was accomplished. Galax’s Tom McKnight, now a Virginia Golf Hall of Fame member, was the most recent, doing it in 1985.

Lawrence recovered from trouble on both the second and 12th holes in the afternoon 18 holes.

On the par-5 No. 2, he overcame a penalty stroke after hitting into the water to save par and halve a hole after Stanford missed a par putt.

Later, after Stanford had cut his deficit to two holes, Lawrence took advantage of a solid sand shot on No. 12 that got him to within 12 feet for birdie, which he sank.

Lawrence has one more year of eligibility at Tech, and plans to play this spring. Stanford, a rising senior at George Marshall, plans to join the Hokies in 2021-22.

Martin Lawrence Jr. follows his shot during the VSGA Amateur final on Saturday.

Virginia Tech’s Mark Lawrence Jr. poses with the trophy after winning the VSGA Amateur on Saturday.