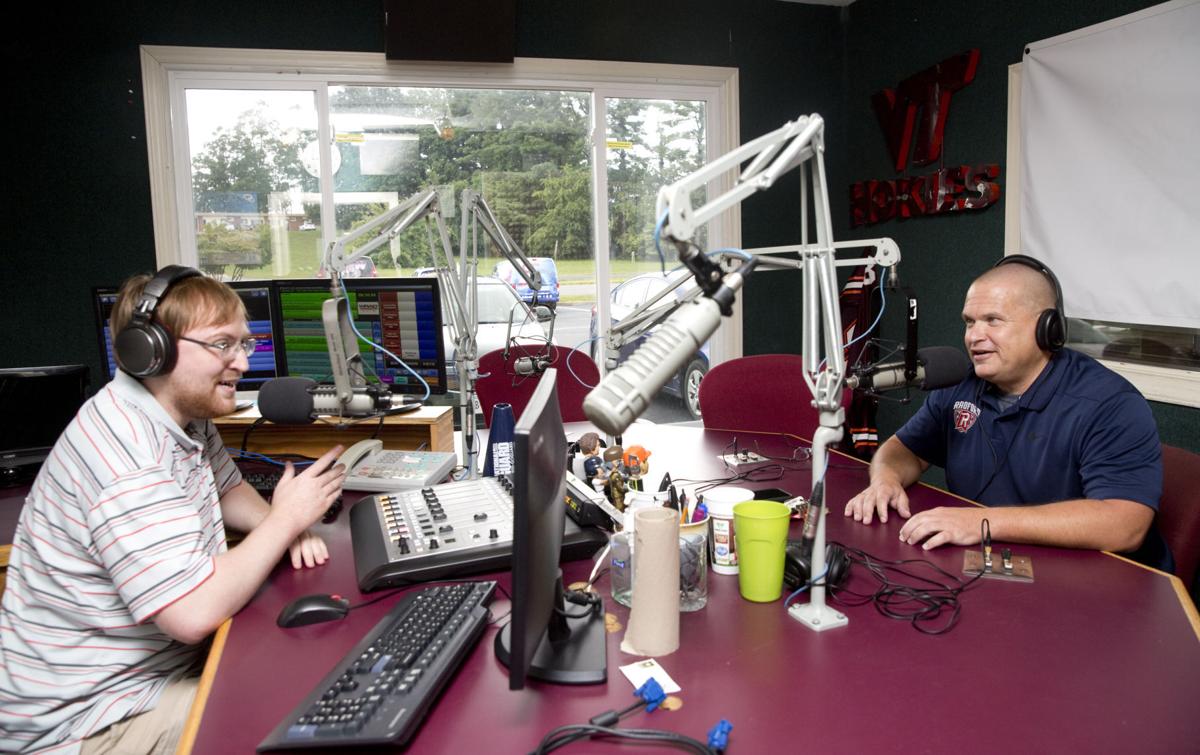 Logan Brown, 22, a Radford graduate, will be on the air with Rick Watson (right), the voice of Radford University athletics, who is reviving his sports talk show “Big Dawg Sports Talk.” 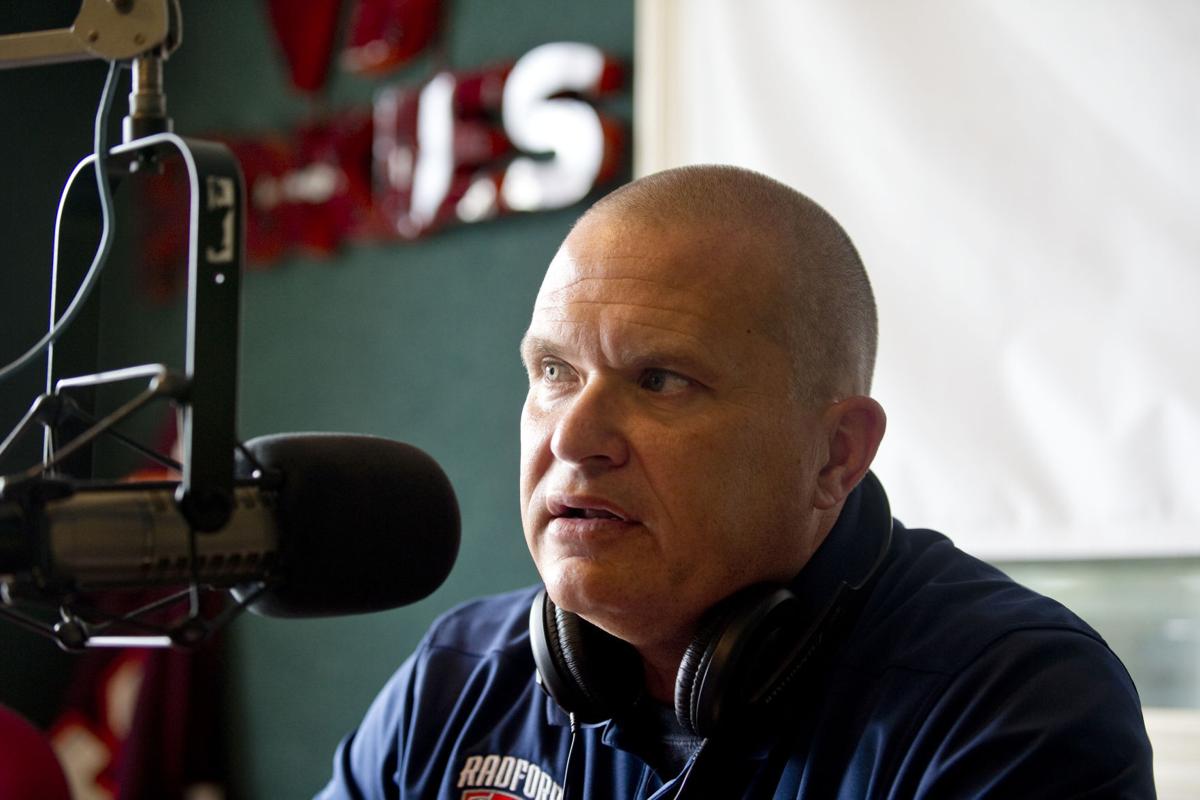 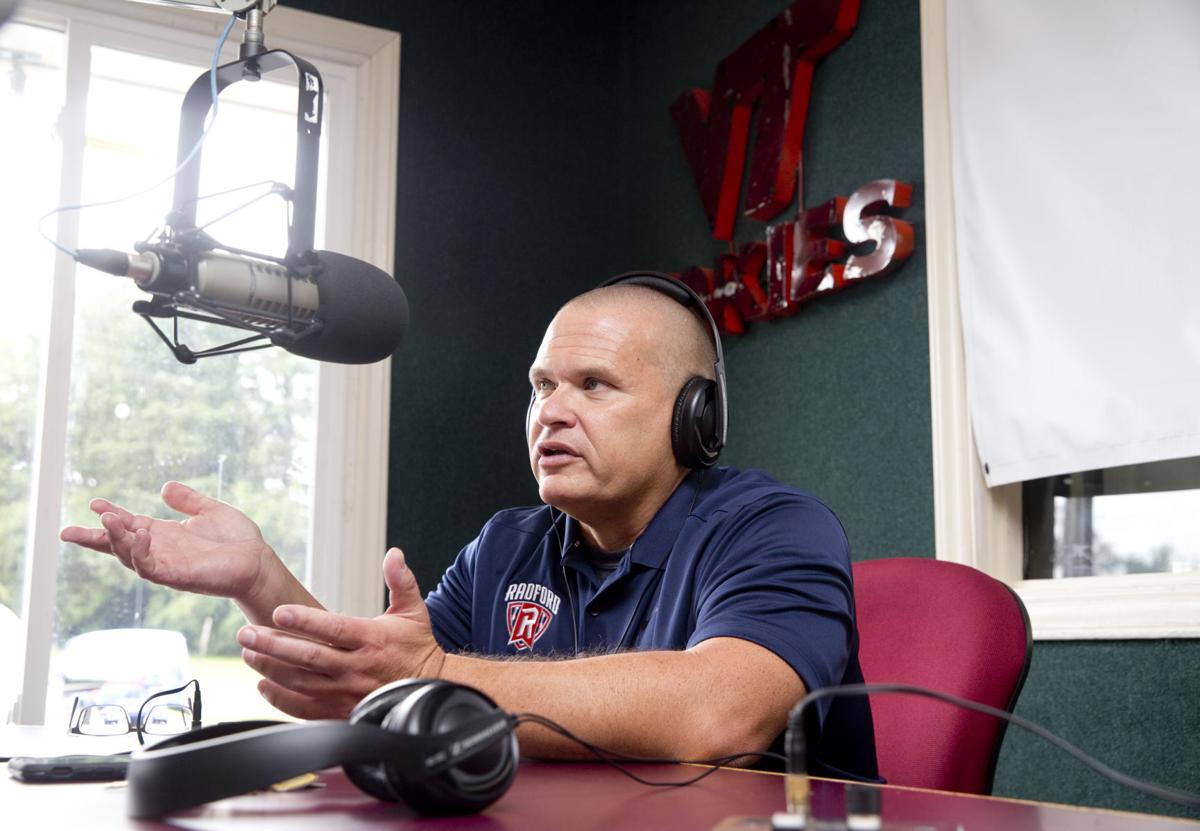 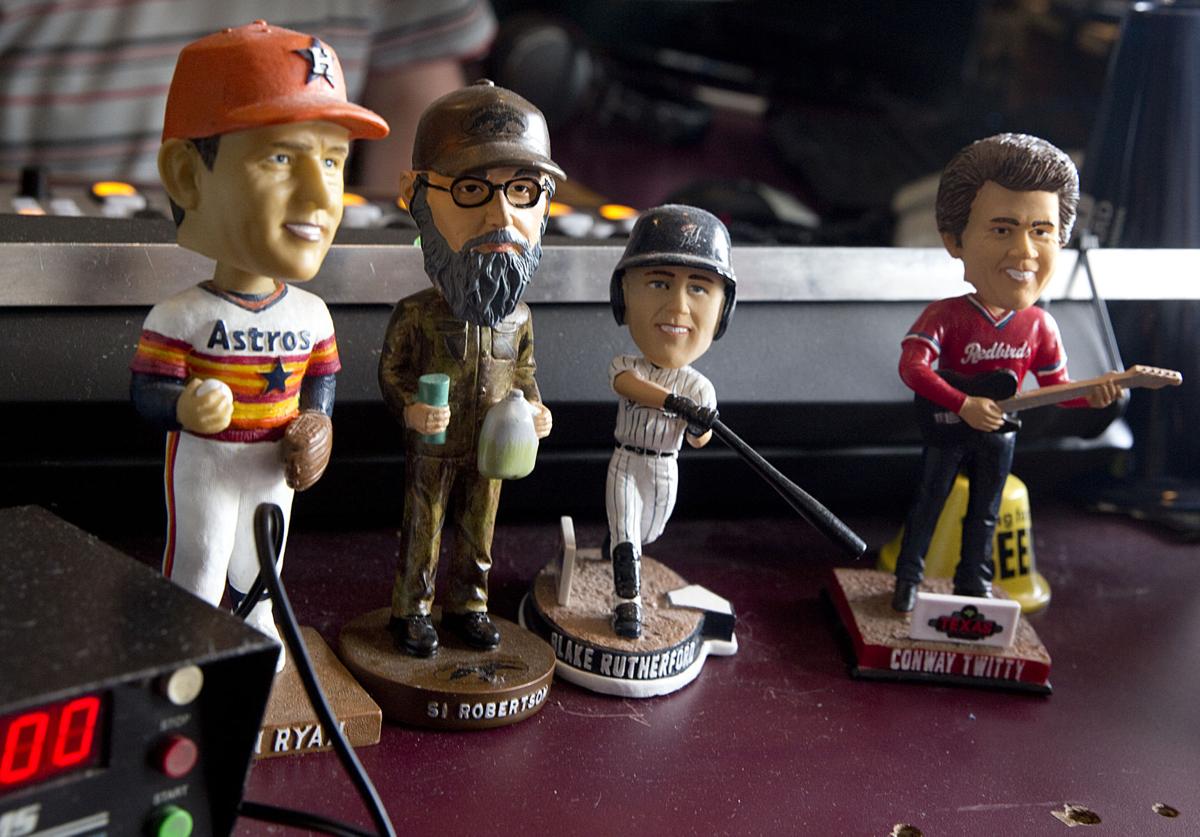 Rick Watson’s desk hosts character figures including Nolan Ryan of the Astros (from left), Si Robertson of Duck Dynasty, Blake Rutherford of the Pulaski Yankees and country singer Conway Twitty in a Salem Redbirds shirt from the 1980s. 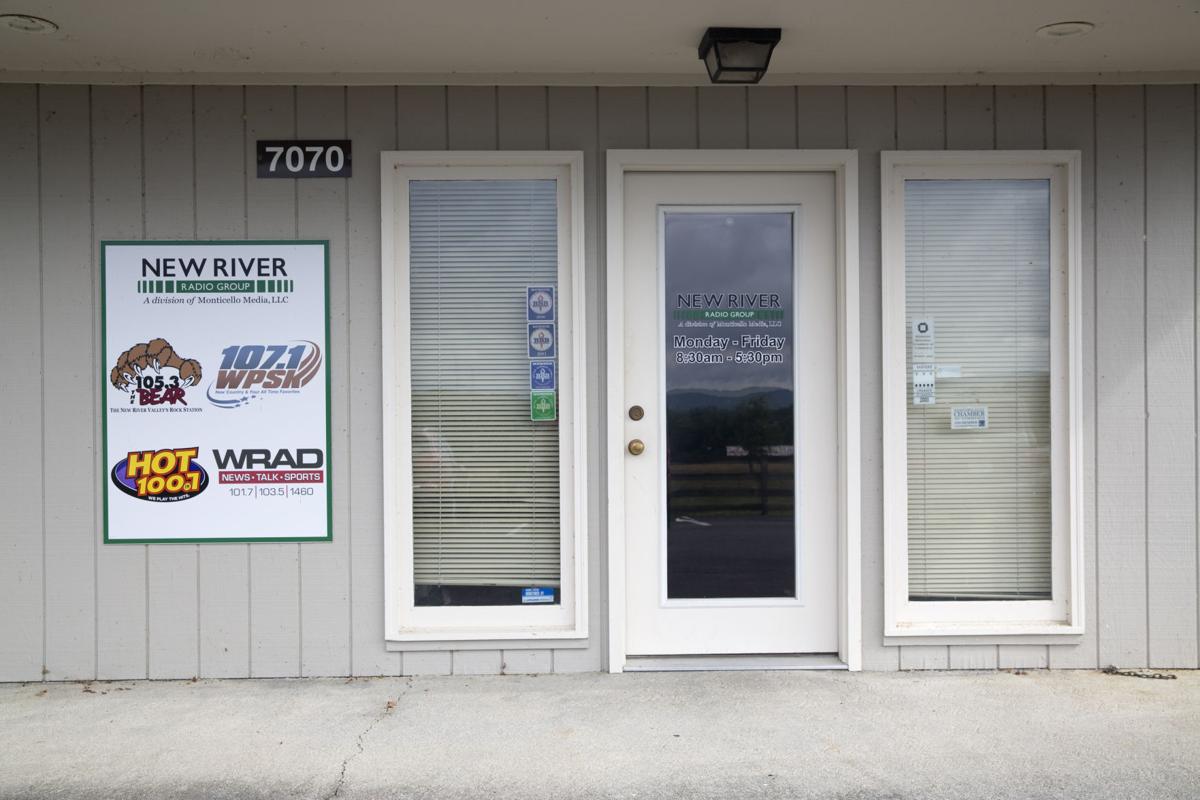 Put on a pot of coffee. The Big Dawg is back — and this time, he’s coming at you the moment you wake up.

After a 10-year absence, Rick Watson will revive his popular New River Valley sports radio show on Monday. “Big Dawg Sports Talk” will air 6-9 a.m. weekdays on four frequencies in the NRV, with the flagship station being 101.7 FM WRAD.

Watson, 51, hosted an afternoon show by the same name from 2001-10 before it was canceled by previous ownership. The current owners, Monticello Media, decided to bring it back.

The move to the morning allows Watson to host it while also handling his full-time job as the director of broadcasting for Radford University.

“It’s going to sound lame, but it’s kind of a community-outreach type of thing for me,” said Watson, noting that the COVID-19 pandemic has knocked everybody out of their comfort zones. “I want to let people know that I understand, because I have three kids of my own who’ve had to deal with this. At least initially, that’s what it’s going to try to be. I know people just want an outlet, something they can turn to and rely on and kind of get away for a little bit.”

The radio voice of RU athletics for the past two decades, Watson also has called games for ESPN Plus and served as the Pulaski Yankees’ radio broadcaster in recent years. But many others still remember him from the previous iteration of his show, which was known for its conversational format and ability to lure big-time guests.

Bobby Bowden, Tony Gwynn and Tyrone Willingham were among the out-of-market luminaries Watson interviewed from his Radford studio back then.

Familiar local names such as Jon Laaser, Mike Burnop and Bill Roth are also expected to join the show.

“I think it was successful before because I tried not to ever make it centered around me,” Watson said. “We tried to make it more of a community outlet. I wanted people to be heard and feel engaged and to be part of our interviews with our guests and so forth.

“It’ll be a little different. Now is such a unique time with everything we’re going through. People have been quarantined, and I think people are frustrated. People have lost jobs. The New River Valley is a tight-knit place, and I just think people need an outlet.”

Naturally, the coronavirus will color many of the discussions in the near term. Watson’s first scheduled guest on Monday is VHSL executive director Billy Haun, who will talk about his organization’s recent decision to postpone all high school sports until December.

The return of the show was more than a year in the making. Jamie Forrest, the operations manager of New River Radio Group, had been pushing for it after having served as Watson’s on-air producer in “Big Dawg’s” final years.

“The reason they axed the show had nothing to do with how popular it was,” said Forrest, whose former producer duties will be handled by Logan Brown. “They had massive cutbacks across the board here, and unfortunately Rick was wrapped up in that.

“People still talk about the show and talk about different features of it and different guests. They’d have no way of making that up. I think that’s pretty cool. Especially in radio, he really has lasting power and name recognition.”

Watson, a Pulaski County High School graduate who resides in Riner, has lived in the NRV his whole life. Although he’s never done a morning show, he’s excited about the opportunity to be the first voice people hear on the sports topics of the day.

Virginia Tech football — provided its season is played — likely will dominate the fall discussion. But Watson also likes his listeners to be able to dictate the direction of the show based on their interests.

“We’re all just kind of going through the weeds on a daily basis,” he said of the current COVID-19 situation. “I’m excited about giving people something where they can release — if they want to yell, whatever they want to do — as opposed to saying, ‘Wow. Nothing really going on here on this Tuesday.’

“I think you can find the gaps and make connections with stories that are happening.”

Casey Morsell and Justin McKoy both decided to leave Virginia after two seasons, but they won’t be exiting the ACC.

Logan Brown, 22, a Radford graduate, will be on the air with Rick Watson (right), the voice of Radford University athletics, who is reviving his sports talk show “Big Dawg Sports Talk.”

Rick Watson’s desk hosts character figures including Nolan Ryan of the Astros (from left), Si Robertson of Duck Dynasty, Blake Rutherford of the Pulaski Yankees and country singer Conway Twitty in a Salem Redbirds shirt from the 1980s.