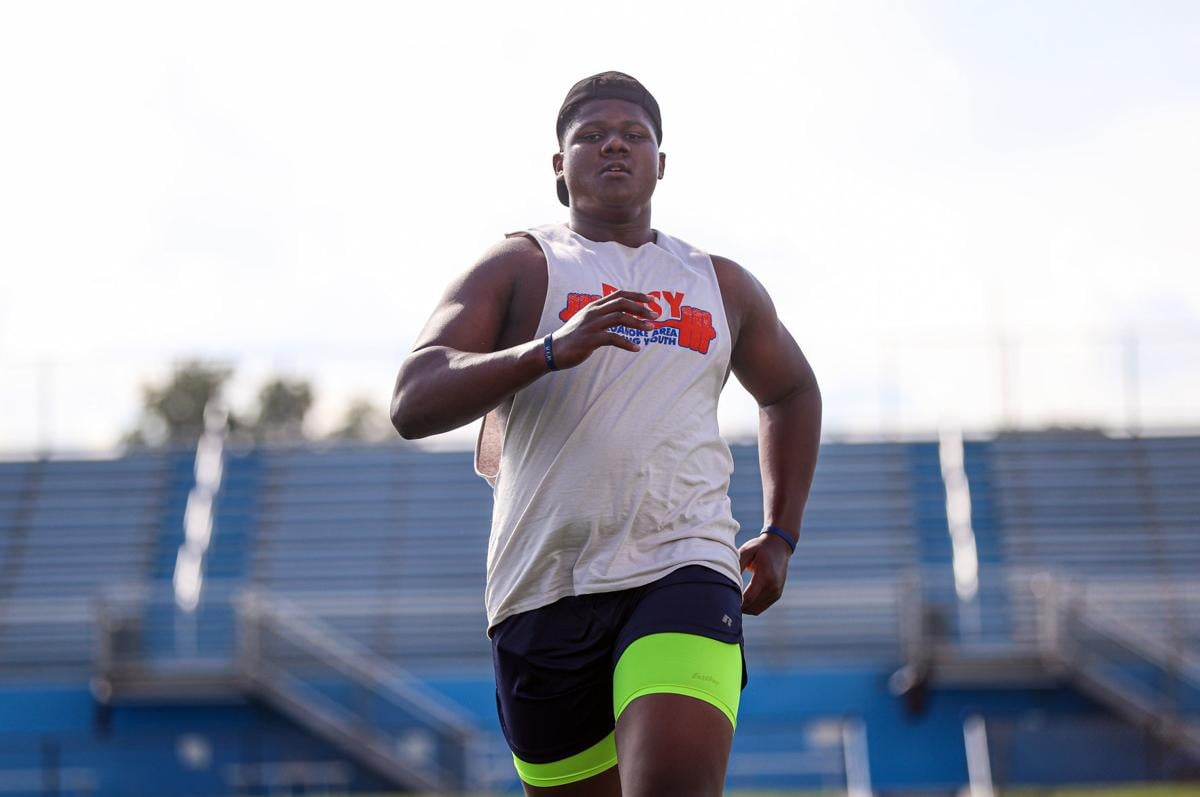 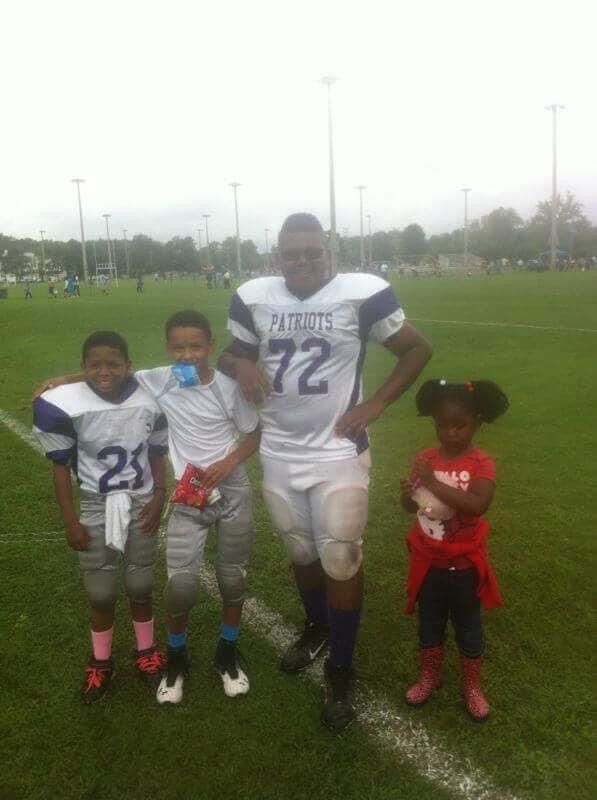 When Jamar Lovelace appeared at a news conference in 2018 as the new head football coach at William Fleming High School, 15-year-old Tyriq Poindexter was among the curious onlookers.

The kid caught Lovelace’s attention, but the tall freshman did not stand out among the crowd.

Now Poindexter has grown up right before the Fleming coach’s eyes.

Poindexter is a 6-foot-4, 295-pound senior who will lead the Colonels into Friday night’s Region 5D first-round playoff game at home against Harrisonburg.

The two-way starting lineman has earned plenty of notice, and not just from Lovelace.

After Poindexter ran the 40-yard dash in 5.1 seconds at a prep combine in Harrisonburg, he popped up all over the recruiting radar.

“When he ran that 5.1 40 at 300 pounds, that was really the eye-opener for guys,” Lovelace said. “He picked up five offers overnight.”

It was no big surprise to those in the know.

“Everybody knows it’s a military school, so that means it comes with challenges,” Poindexter said. “It took me a while to think about it. I know how to get my stuff done, but I like the structure.”

The Fleming senior is accustomed to taking orders.

His father is a former Army drill sergeant.

His mother, Kay Turner Poindexter, is a truant officer for Roanoke City Public Schools and a former ODAC women’s basketball player of the year at Emory & Henry who was inducted into the college’s athletic hall of fame in 2010.

Discipline, education and athletics come in equal doses in the Poindexter household.

“Just having that atmosphere of ‘School is important,’ but it took him a while to get there,” his mother said.

Lovelace showed up at Fleming ready to help.

The young coach shocked his players by installing some rigid academic and disciplinary requirements when he took the job following an 0-10 season in 2017.

However, the work did not stop there. Poindexter was a solid student heading into his senior year but Lovelace wanted more.

He threw down the gauntlet to the big lineman: Make straight A’s.

“I kept it going for the first three nine weeks, then I slipped up with a B,” he said.

“Before I was talking to any schools, ‘You need to get this [GPA] up so these schools can see you really turned this around. I took that as a challenge.”

Poindexter’s parents knew their son would be the focus of attention when he stood head and shoulders above his rivals as a 10-year-old on city recreation teams.

Being the biggest kid on the block isn’t always easy.

“We knew he’d be big, and we also knew people would see him as a bully,” Kay Poindexter said. “Early on, we talked to him about how he handled himself when people got in his face.”

Poindexter found Lovelace and assistant coach Chris Gardner in his grill last Friday after he drew a 15-yard unsportsmanlike conduct penalty that wiped out a big gain early in Fleming’s 41-27 victory over Franklin County.

“We spent years trying to fire him up,” Lovelace said. “Now it’s trying to put the fires out on the sideline.

While cooling off on the sidelines, Poindexter sheepishly caught an earful from his mom out of the stands.

“That was bad,” he said. “The passion of the game just took over and I was being dumb. The coach had to snap me out of it. Good thing my dad wasn’t there yet. I would have had a price to pay.”

Most of Poindexter’s cash these days is spent at his favorite restaurant. He knows the location of nearly every Chick-fil-A in the region.

But don’t get the idea that Poindexter is overweight.

Poindexter is ready for the next challenge, be it Harrisonburg on Friday or VMI in the fall.

“I’m coming in ready to listen, always ready to learn, absorbing information,” he said. “They’re looking for big athletic guys. That’s what I bring to the table.”

Former Virginia Tech soccer player sues coach, claiming she was forced off team for refusing to kneel before games

She alleges that, during halftime of the Sept. 12 season opener at UVA, “Coach Adair berated Hening for her stance."

Jones was the Radford men's basketball coach for 10 seasons.

It will be the teams' first meeting since 2009.