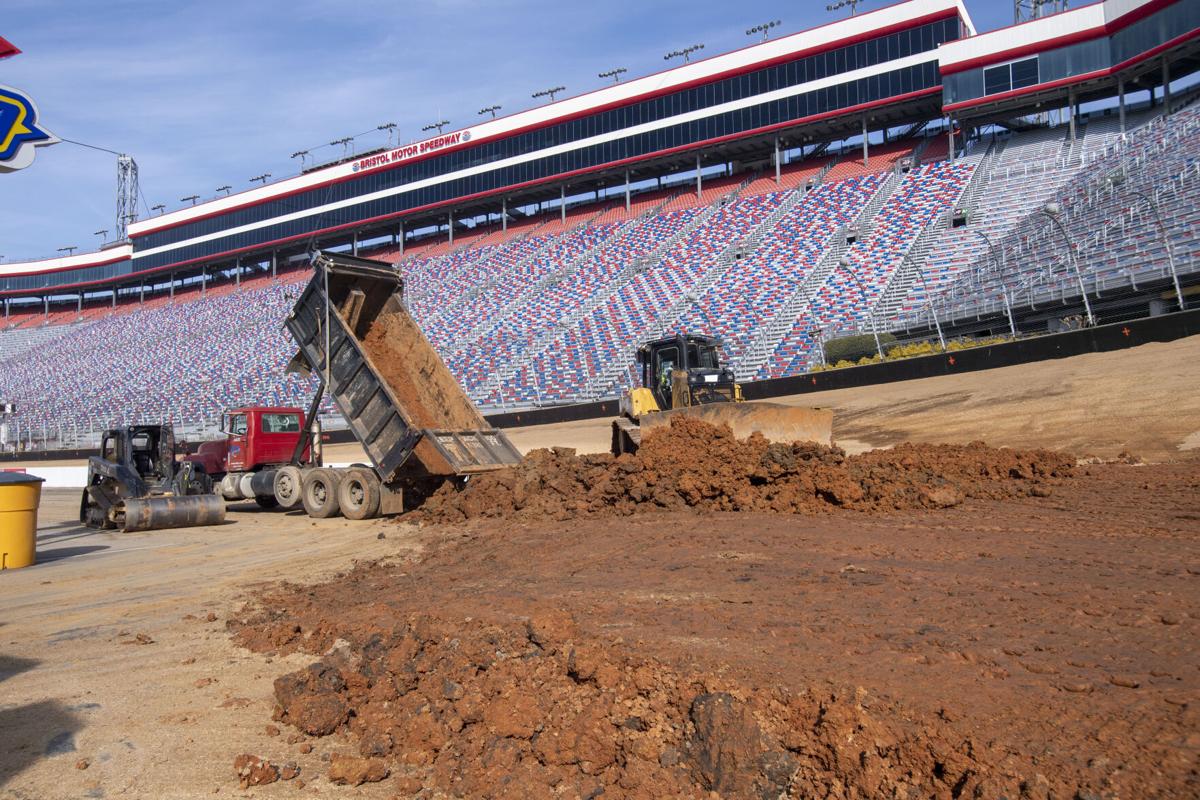 With a layer of sawdust on the track, truckloads of dirt were applied to the surface of the Bristol Motor Speedway in January. 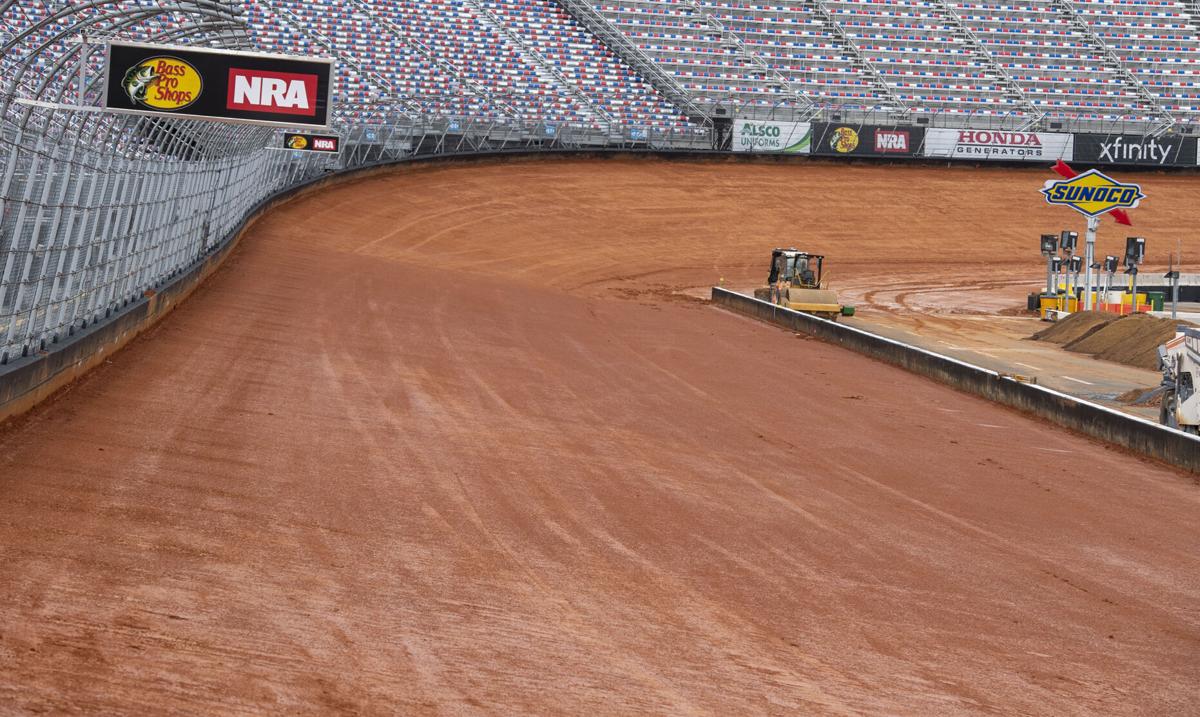 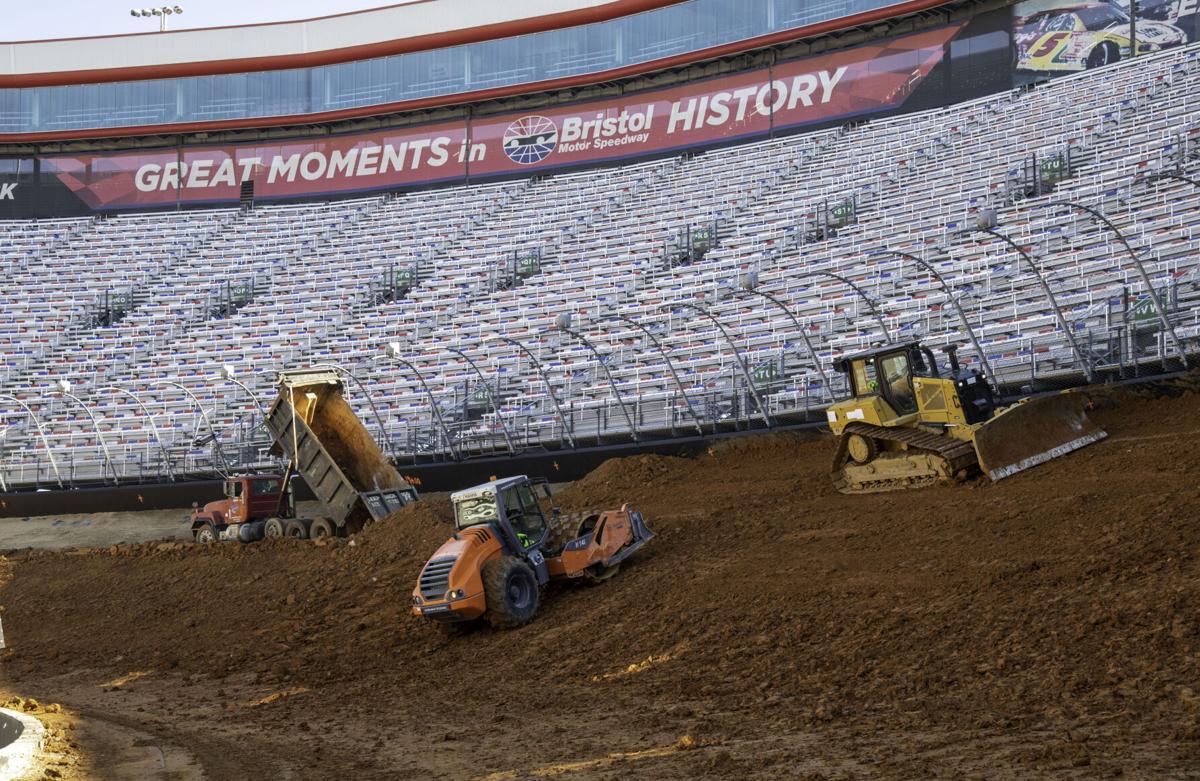 Truckloads of dirt being applied to the surface of the Bristol Motor Speedway in January.

A painstaking process has transformed Bristol Motor Speedway into something foreign and fun.

Workers laid down a layer of sawdust on the track, then hauled in roughly 30,000 tons of red clay to cover the high-banked concrete surface. The process took three months, all in preparation for Sunday’s Food City Dirt Race.

What will we see when the cars hit the track?

No, seriously, nobody. The race could be WreckFest 2021 or a caution-free snoozer. It could thrill the fans or put them to sleep. When the series hasn’t tried something in more than four decades, it’s impossible to know.

But there does seem to be a pretty strong consensus about one thing: Dirt ace Kyle Larson will be somewhere at or near the front, looking more and more like a championship contender with every lap.

William Hill Sportsbook pegs Larson as the overwhelming favorite at 11-to-5 odds. Behind him are not the typical names you see at the top of the Cup Series odds chart, guys such as Kevin Harvick, Denny Hamlin and Brad Keselowski.

The implication is clear: Dirt experience will mean a lot on Sunday.

“It’s cool to be viewed as the guy that everybody’s looking at,” Larson said in an interview with The Roanoke Times this week. “But at the same time, I won’t be surprised if I’m not the fastest there, because it’s way different than what I grew up doing.

“I really think the only advantage that us dirt guys have is that we can read a track. Everybody in the Cup series, they’re all really, really good drivers and can adapt quickly. They’ll figure it out very fast.”

Last year, during his suspension from NASCAR, Larson put in a historic performance at dirt tracks across the country. He won an astonishing 46 races across multiple series and was named the 410 Sprint Car Driver of the Year. This past January, Larson earned his second straight victory at the Chili Bowl Nationals, which is considered the crown jewel event of dirt racing.

But it’s more than just his dirt-racing chops; he’s also been outstanding on the regular tracks this year. In his first season with Hendrick Motorsports, Larson leads the Cup Series in laps led (379) and average running position (5.89), having picked up a victory at Las Vegas earlier this month.

“It’s still really early in the year, but obviously I’m happy with where things are at,” said Larson, who trails only Denny Hamlin in the Cup standings. “I feel like we’re performing very well as a team, doing good on the racetrack, bringing in fast race cars. Our pit crew’s doing a good job — a great job — and I feel like for the most part, I’m doing a pretty good job, too, during the week as well as at the track.

“The Cup Series, though, is really tough to win in, and you’ve got to enjoy it while it lasts, because you never know when other teams can start getting faster and make it even harder for you to run up front.”

Larson’s strong start this year is somewhat reminiscent of his breakthough 2017 season, when he arrived at the Martinsville spring race as the hottest driver in the circuit. He went on to win four races that year.

There could be even more victories this time.

“I definitely think there’s similarities, just based off speed,” Larson said of 2021 and 2017. “I was probably the first- or second-fastest car then, and I think I’m probably the fastest car now. So I think we’re in a little better spot than I was in 2017. And then two, I think in ’17, in the beginning of the year, it was a surprise that we were that fast. Because we’d never started a year off that good as a team.

“Whereas at Hendrick, Chase [Elliott] just won the championship last year, the organization had a lot of speed throughout the tail end of last year, so it’s a little less surprising for me this year. But I’m soaking it in and trying to continue the good runs that we’ve been having.”

Larson is entered in Saturday’s Camping World Truck Series race at Bristol, which he hopes will give him information that will help him on Sunday. He also gained some experience at the track last week while running a Super Late Model car at the Karl Kustoms Bristol Dirt Nationals.

As for what we’ll actually see on Sunday? He made it unanimous.

“I was skeptical before going there last weekend,” Larson added. “I didn’t know if we’d put on a good race. I didn’t know how that dirt was. But after going there and running on the track, the dirt surface is great. They’ve got great dirt there.

“And then two, I went up in the suites and watched the street stocks and those kind of slower stock car-type cars run around there, and they were great races. They were three- or four-wide a lot of the time. They could go anywhere on the track to find grip and pass people. I think we’ll have a similar race to that, but I won’t really know until I get there.”

And that’s part of what makes it so great.

"He's alert and knows he's in a hospital in Alabama," the Christiansburg driver's wife posted.

Sports TV listings for Sunday May 16

Sports TV listings for Saturday May 15

Sports TV listings for Friday May 14

Sports TV listings for Wednesday May 12

Sports TV listings for Monday May 17

Sports TV listings for Thursday May 13

Sports TV listings for Tuesday May 18

A need for an emergency quarterback led Washington to a fascinating pick - Jordan Ta'amu, who was last seen beating out Taylor Heinicke for the starting job on the XFL's St. Louis BattleHawks.

The NFC East, never a bastion of stability, could once again get decided in the season's final weeks, as the Cowboys, Eagles, Giants and Washington will all play each other multiple times to close the season.

With a layer of sawdust on the track, truckloads of dirt were applied to the surface of the Bristol Motor Speedway in January.

Truckloads of dirt being applied to the surface of the Bristol Motor Speedway in January.