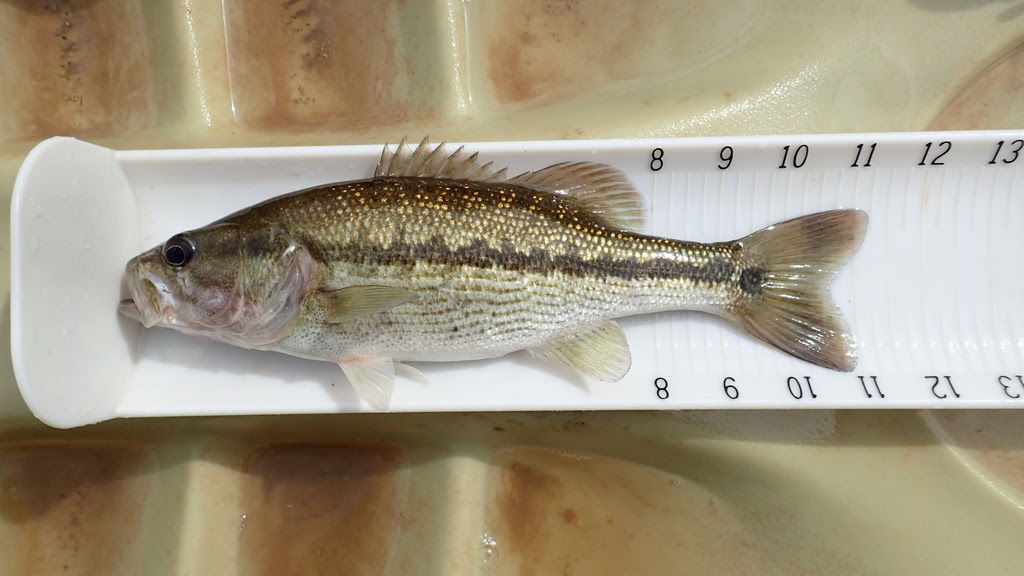 Alabama bass are beginning to appear in several lakes in Southwest Virginia. 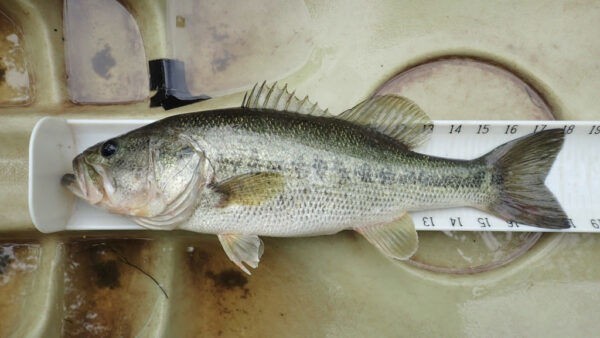 Largemouth bass such as this could be in danger if they are sharing waters with the aggressive Alabama bass.

As if the post-traumatic stressed public doesn’t have enough threats to obsess about and agonize over, we are now informed that Virginia’s world-class bass fisheries are under attack.

The state Department of Wildlife Resources (the former Department of Game and Inland Fisheries) identify the invasive menace as micropterus henshalli, also known as Alabama bass.

State fisheries’ biologists want you to know this about the bad ’Bama bass, one of the dozen or so known species of black bass:

They’re here now and they’re coming to get your treasured largemouth and smallmouth fisheries. The only good news is that bass armageddon has not raged out of control in the commonwealth.

“The whole story has not been told yet,” biologist Dan Wilson said. “From what we know now, it’s fairly serious up to this point.”

The Alabama bass basics are that when the species is introduced to a fishery outside its natural range in Georgia and Alabama, subsequent developments have basically all been bad.

“They are an aggressive species that outcompetes largemouth bass and readily hybridizes with smallmouth and spotted bass,” DWR literature reads.

“Outcompetes” is ominously self-explanatory, but what about the hybridizing part? The worst of it for fisheries is largemouth populations decrease with the increase of their Alabama brethren. As for highly-prized bronzeback smallmouths, they appear to be under greatest threat, Wilson said.

“The mixture of Alabama bass and smallmouth bass when they get in the system, the smallmouth go away,” Wilson said.

Colonization is already underway across southern Virginia at Claytor Lake, Philpott Lake, Lake Gaston, and Martinsville Reservoir, with other state waters under suspicion. Full impact is unknown at this point.

There is no definitive proof that Alabama bass are in Smith Mountain Lake yet, but Wilson is wary.

“Over the years, I’ve caught a couple of odd bass and I saved one that I hope to have genetics done on because I do not know what the heck it is.”

So how did these intruders arrive at our watery doorstep?

All signs point to well-meaning (given benefit of the doubt) anglers who caught the fish elsewhere, brought them here and illegally chucked them into local waters.

Why, you might ask, would somebody do such a thing to imperil state fisheries that have millions of dollars worth of local economic impact?

Most likely, fishermen do so in misguided efforts to “improve” the fishery by introducing an additional game species. In reality, the opposite almost always happens. When it comes to the Alabama interlopers, the subsequent fishery becomes degraded.

Initially, anglers may catch Alabama bass of impressive size — up to 24 inches, according to a report by the U.S. Geological Survey. As the population of Alabamans increases, largemouth and smallmouth populations wither, stunting ensues, and the fishery goes into decline.

Stocking fish in state waters without DWR authorization is a Class III misdemeanor subject to fines up to $500. Miscreants are to be reported to law enforcement at 800-237-5712 or WildCrime@dgif.virginia.gov.

Those who catch a suspected Alabama bass in state waters are asked to take a picture of the fish, clip off a thumbnail-sized portion of its pelvic fin (on the underside of the fish beneath the head), store it dry in an envelope and contact DWR at fisheries@dgif.virginia.gov or at 804-367-1293.

Alabama bass are difficult for laymen to distinguish from spotted bass. The difference can only be identified through a lateral line scale count or genetic analysis.

How these illicit imports came to an impoundment or stream near you is a study in biological detective work.

Copeland started with a hunch when two years ago, the first of what appeared to be state record spotted bass (not to be confused with largemouth, smallmouth, Kentucky, or Alabama strains) were caught at Claytor Lake.

Knowing that spotted and largemouth have been known to interbreed, Copeland submitted the record catch to genetic testing to eliminate the possibility that bass in question was in fact a largemouth-spotted hybrid.

“To our surprise” each of the last two supposed spotted bass state records were in fact Alabama bass, Copeland wrote to the board of Friends of Claytor Lake.

That prompted efforts to attain a genetic picture of Claytor Lake’s spotted bass population. Samples were taken in 2018 and 2019 from 154 fish identified as spotted bass taken by electrofishing methods. The fish were taken at three locations: Clapboard Hollow, Peak Creek, and near Claytor Lake State Park.

Among the spotted bass population, 25.3% were spotted-Alabama bass hybrids. Incidence of cross-breeding between Alabama and smallmouth populations was a skimpy 1.3%. Long-term Claytor consequences of these crossbreeds is uncertain, he reported.

“I don’t yet know what impacts Alabama Bass are having or could have on other Claytor Lake bass species,” he wrote.

What we do know is that none of the state’s lakes and rivers need any more stealth stocking of the finny Alabama bad boys.

For a look at what could be a dark bass fishing future, consider a November 2019 piece in Bassmaster magazine in which North Carolina B.A.S.S. Nation conservation director Bill Frazier described the devastation to that state’s fisheries in the wake of illicit Alabama bass stocking:

“We had national-class fisheries rivaled only by Texas and Florida. Now they are ruined. It is an outrageous mess that has occurred in about the last five to seven years.”

Alabama bass are beginning to appear in several lakes in Southwest Virginia.

Largemouth bass such as this could be in danger if they are sharing waters with the aggressive Alabama bass.