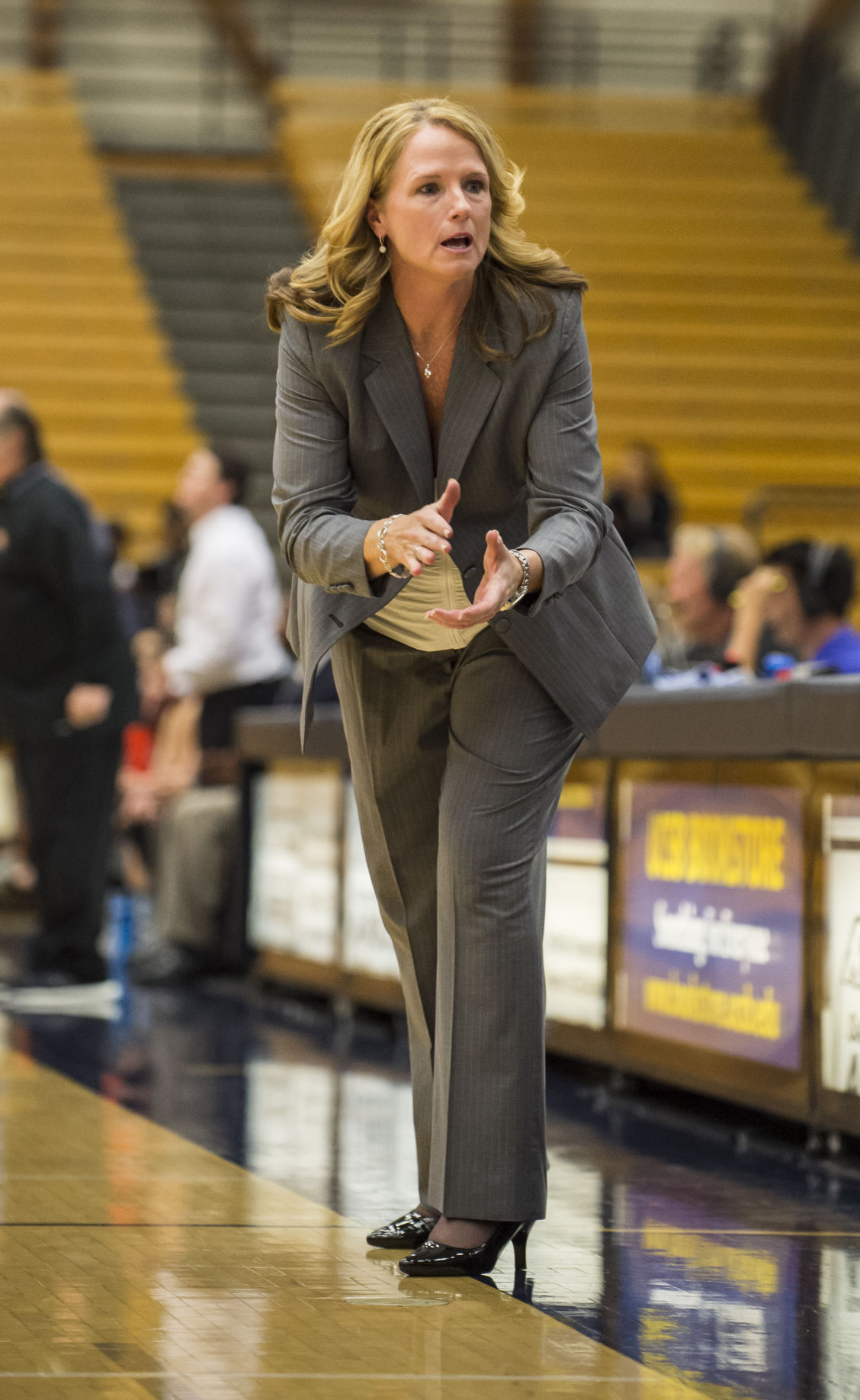 Bonnie Henrickson, once the women's basketball coach at Virginia Tech, was hired by UC Santa Barbara in 2015. 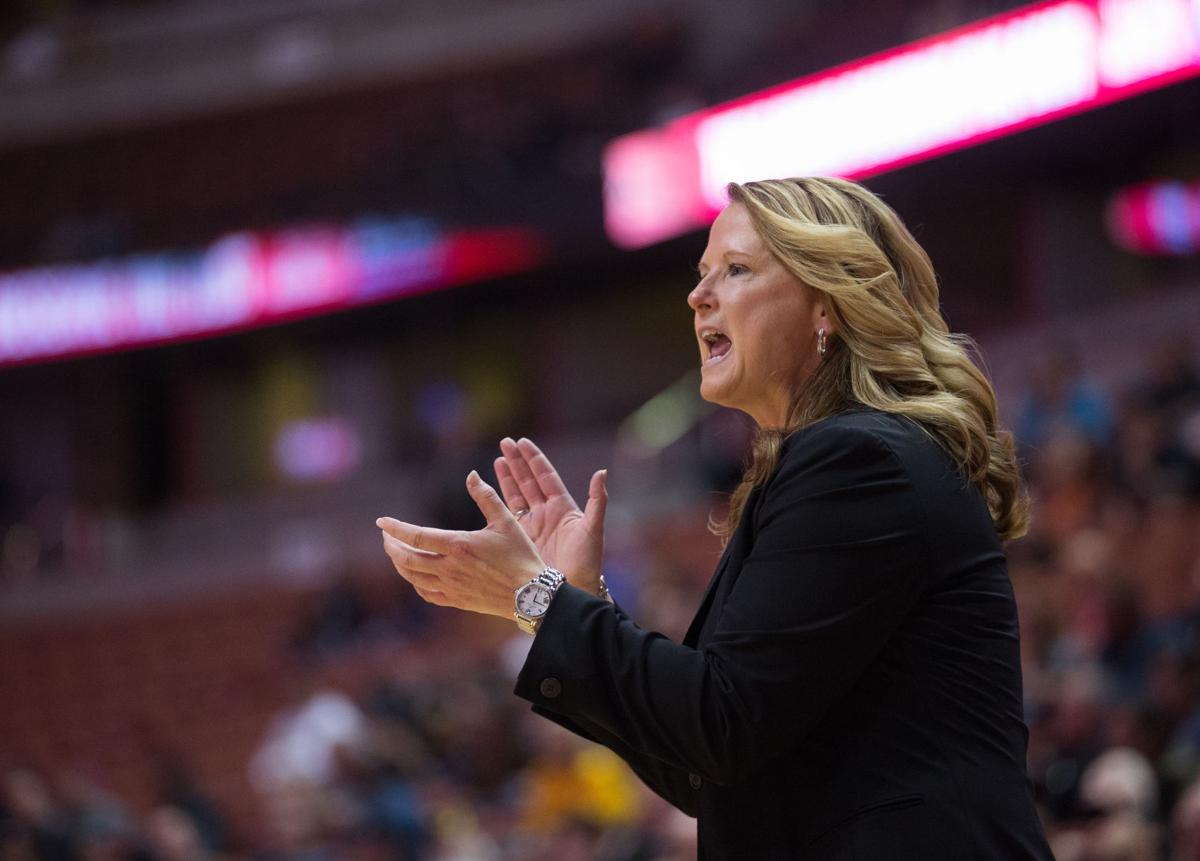 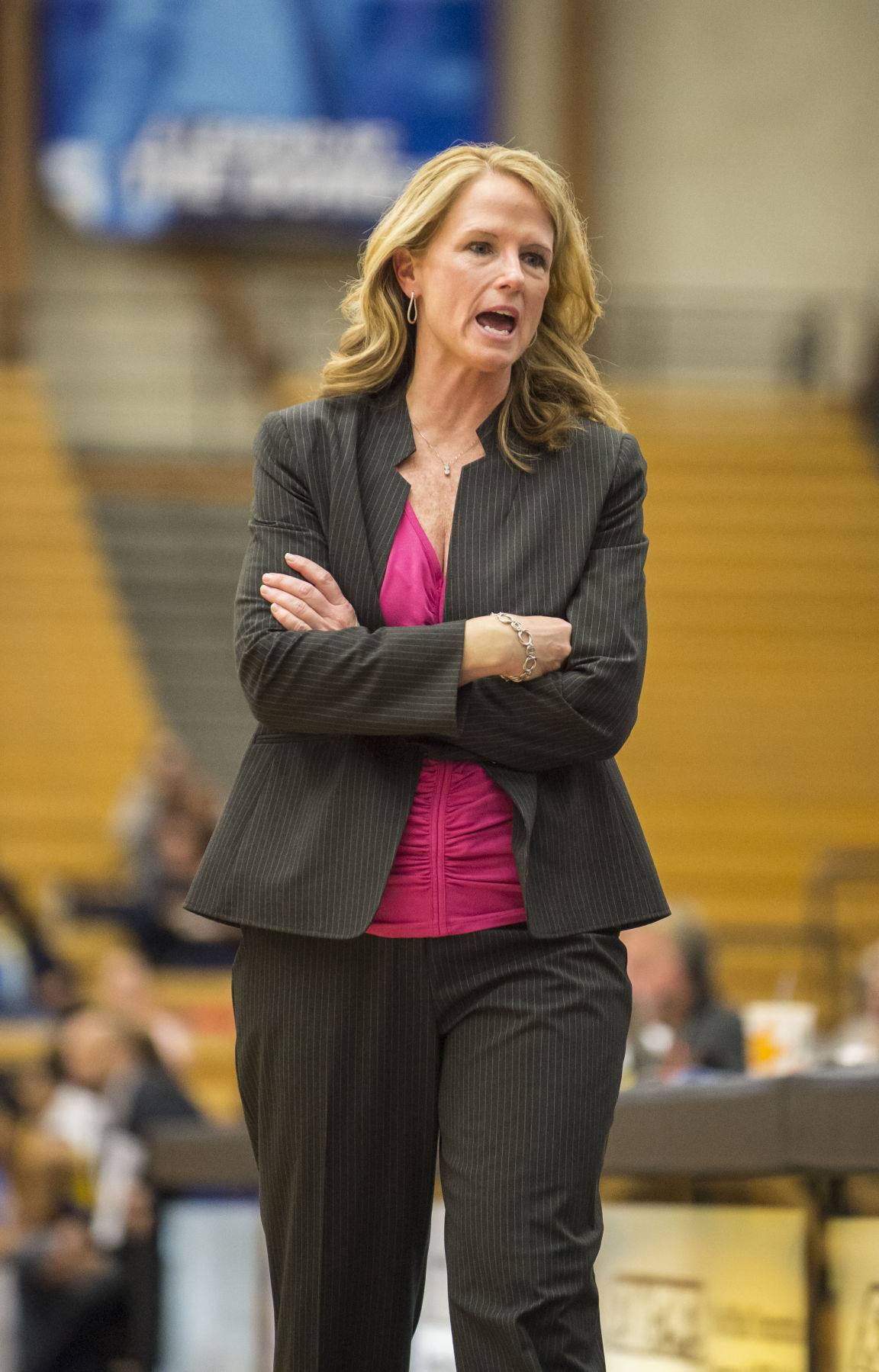 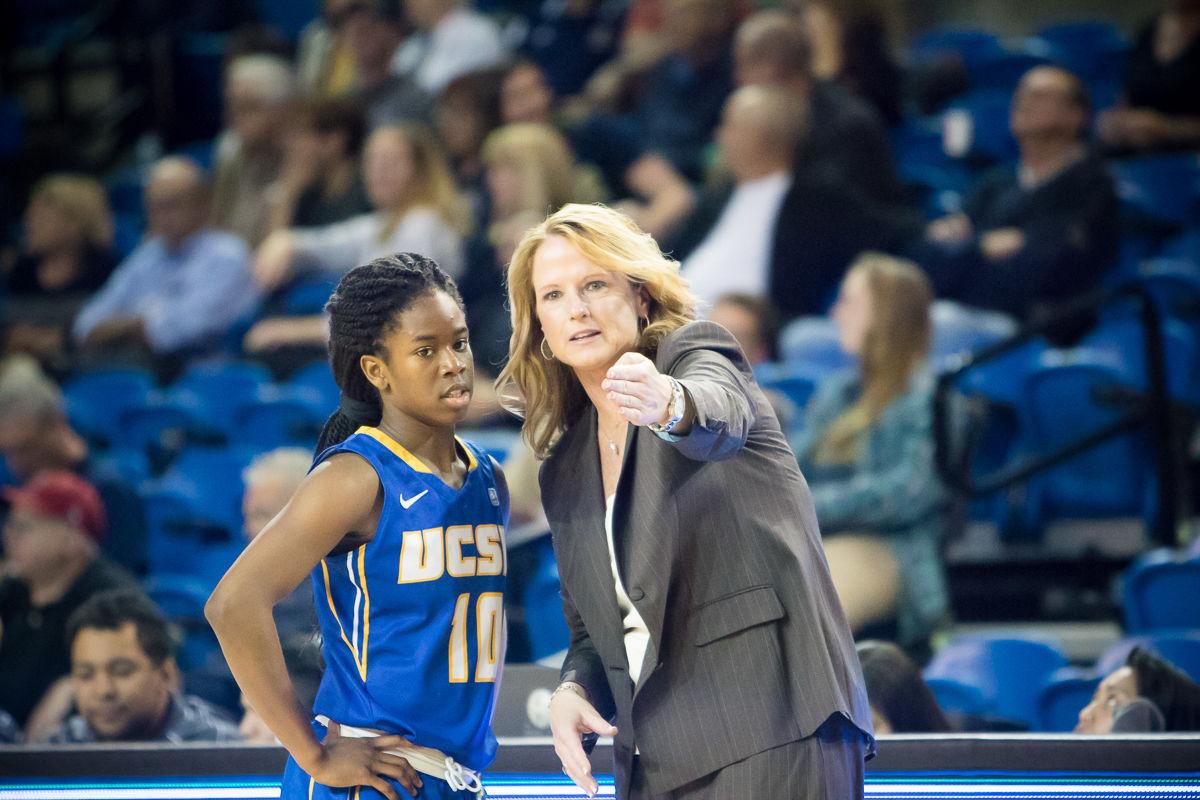 She’s a long way from Blacksburg these days.

Henrickson is heading into her third season as the women’s basketball coach at UC Santa Barbara.

UCSB plays in the Big West Conference, which lacks the prestige of Henrickson’s previous stints in the Big East and the Big 12. But Henrickson is loving life on the California coast.

There are palm trees outside her office. Some of the dormitories on campus overlook the Pacific Ocean.

Henrickson was hired by UCSB in 2015, six weeks after being fired by Kansas. She has never unpacked her winter coat and boots, which remain in a box in her garage.

“I feel very fortunate,” Henrickson, 54, said in an interview at her office last month. “When I finally met the players, I’m like, ‘You guys really go to class, right?’

“In Chicago [at the women’s Final Four this year] I saw Geno [Auriemma, the Connecticut coach] and we talked for a while. He was saying, ‘You’ve landed in a good spot, haven’t you?’ and I said, ‘Yes.’ ”

UCSB does not have a football team, so Henrickson can’t bring visiting recruits to home games like she did at her previous two schools. She takes them to the beach instead.

Henrickson also takes advantage of her locale on her days off. She lives about a mile from the ocean, so she takes long walks on the beach on the weekends.

“This just happens to be … icing on the cake that it’s this beautiful,” said Henrickson, who grew up in Minnesota. “But if we win, it wouldn’t really matter where I live.”

Henrickson coached the Hokies from 1997-2004 — back when the team played in the Atlantic 10 and the Big East. The “Bonnie Ball” era produced the glory years of the Tech women’s basketball program.

Henrickson was 158-62 with five NCAA tournament appearances in seven seasons. The Hokies advanced to the Sweet 16 in the 1998-99 season, when the team averaged a school-record 5,221 fans at Cassell Coliseum.

“For me to get a start there at a place like that will always be special for me.”

Henrickson had been a Tech assistant for seven years, followed by a two-year stint as an Iowa assistant, before then-Tech athletic director Dave Braine made her a first-time head coach.

She was 34 years old when she took over the Hokies. After winning just 10 games in the final year of the Carol Alfano coaching regime, Tech went 22-10 in Henrickson’s first season at the helm.

“The first trip we ever took, we played in the St. Mary’s tournament [in California]. I vividly remember being on the bus going to Roanoke to fly out, thinking, ‘Oh my God, I’m not mature enough. I’m responsible for everyone right now and we’re going to fly and go to the West Coast,’ ” Henrickson said.

Henrickson not only has fond memories of some of her NCAA tournament games but also of attending Hokies football games. Former Tech football coach Frank Beamer called her when she got the UCSB job.

“So many good friends in the department and the community — and former players. Facebook is for old people, so that’s how I catch up with those guys,” she said with a chuckle. “I need to go back and see some people.”

Lew Perkins, then the athletic director at Kansas, hired her away from Tech in 2004.

Henrickson was 186-171 in 11 seasons with the Jayhawks, including Sweet 16 berths in 2012 and 2013. But those were her only two NCAA bids at the school, and she never had a winning Big 12 record. Perkins’ successor, Sheahon Zenger, fired her in March 2015 after back-to-back losing seasons.

“Injuries affect success. Success affects recruiting,” Henrickson said. “The ability to maintain the level of recruiting at the level it takes to be successful in that league, we didn’t get it done.”

Henrickson landed her current job the following month. Perkins knew UCSB athletic director John McCutcheon and recommended Henrickson for the Gauchos’ vacancy. UCSB needed a replacement for Carlene Mitchell, who was fired after a 2-27 campaign.

Henrickson had recruited in California a great deal when she was the coach at Kansas, so she already had the AAU and high school connections in the state that UCSB was seeking.

When Henrickson visited the campus for her interview, she was impressed.

“The place sells itself,” she said.

She also liked the fact that UCSB has been to the NCAAs 14 times since the early 1990s.

“At that time, being 52 [when] taking the job, it was really important for me to find a place that I really felt like we could be successful. Because … we don’t get it done here, this is it for me,” she said. “I’m not going to get another chance. For me to be able to land at a place that had so much success and is built to have continued success as long as we do our job, … I couldn’t have asked for a better situation.

“Sometimes we don’t recycle as much on the women’s side as we do sometimes on the men’s side.”

Last season, the Gauchos were 16-16 overall and 9-7 in Big West play. They lost to Long Beach State 56-55 in the Big West tournament title game.

“There’s no reason we can’t be successful here,” she said. “There’s so much talent in the state of California and [on] the West Coast.”

Competing with the beach isn’t easy when it comes to luring fans, though. The Gauchos averaged just 673 fans at home last season.

Henrickson looks different than she did during her reign at Tech. She had short, brown hair when she was in Blacksburg, but she now has long, blonde hair.

Her coaching style is a bit different, too.

“All the former players, if they were around me now, would say … I’ve gotten soft in my old age,” Henrickson said.

Although Henrickson is still an NCAA Division I coach, she is no longer in a major conference.

Not that she minds.

“Big-time’s not a place. It’s a state of your heart,” she said. “I think we can be big-time here.

Bonnie Henrickson, once the women's basketball coach at Virginia Tech, was hired by UC Santa Barbara in 2015.