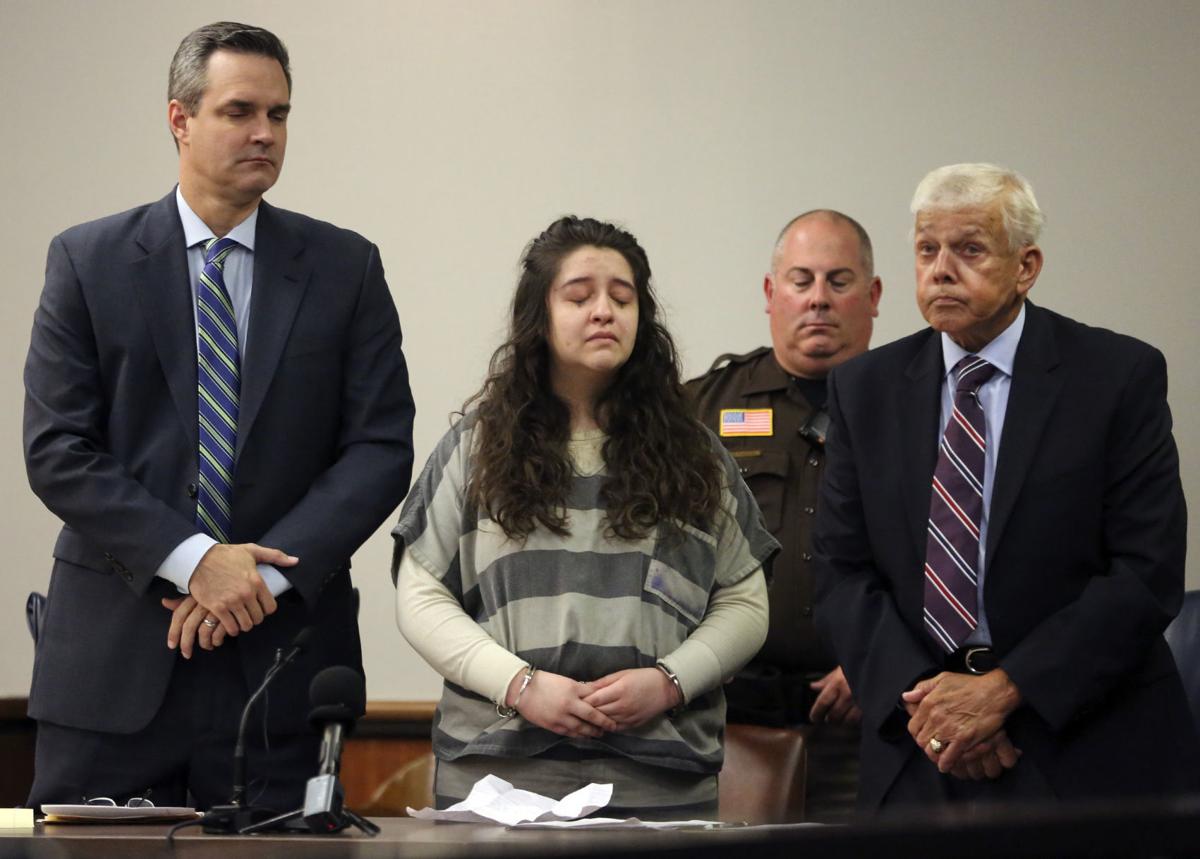 Luisa Ines Tudela Harris Cutting reacts while being sentenced Monday to serve 20 years in prison for the murder of Alexa Cannon. 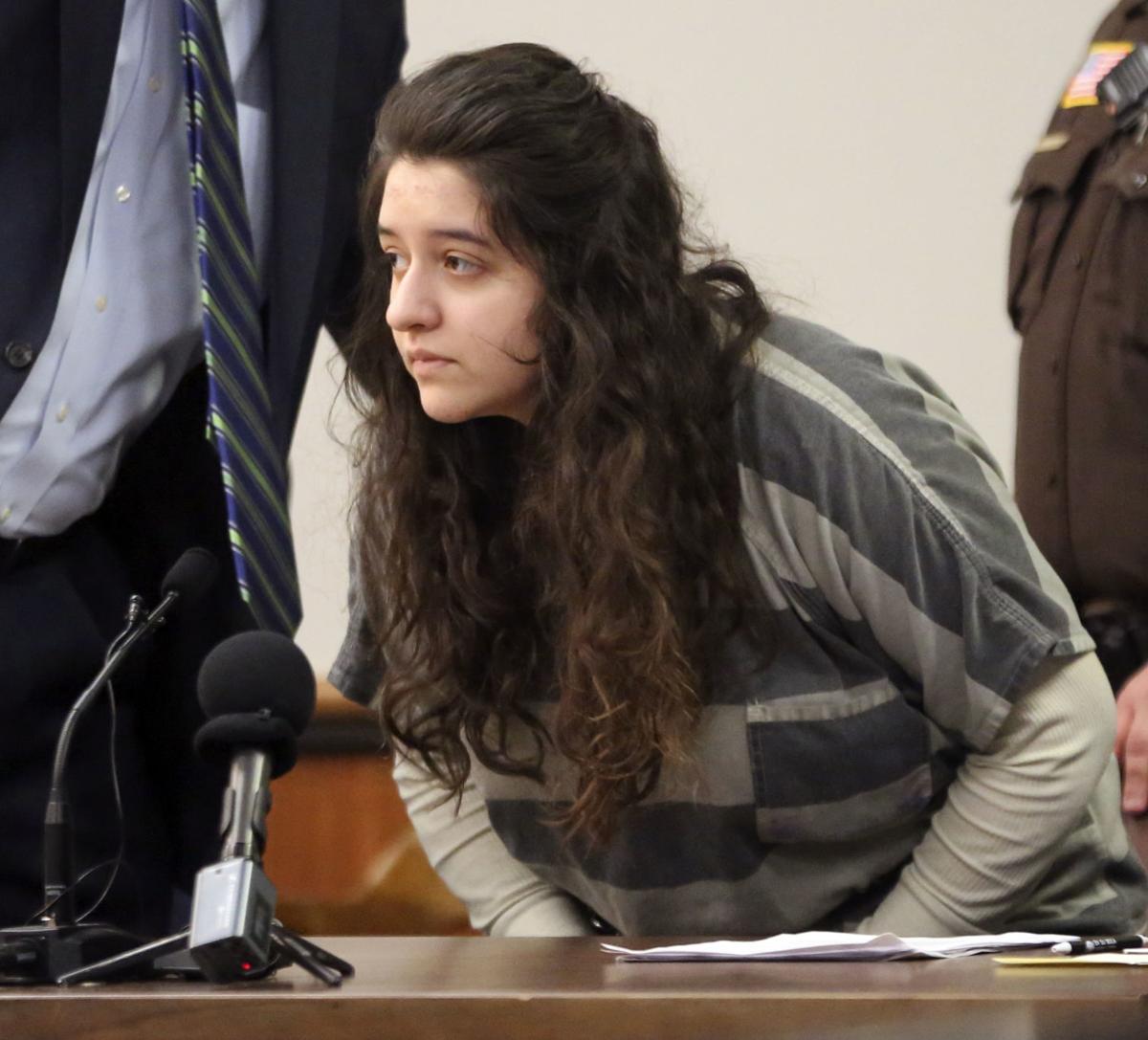 Luisa Ines Tudela Harris Cutting looks around upon being escorted into Radford Circuit Court Monday. Cutting was sentenced to serve 20 years in prison according to a plea agreement for the murder of her roommate, Alexa Cannon. 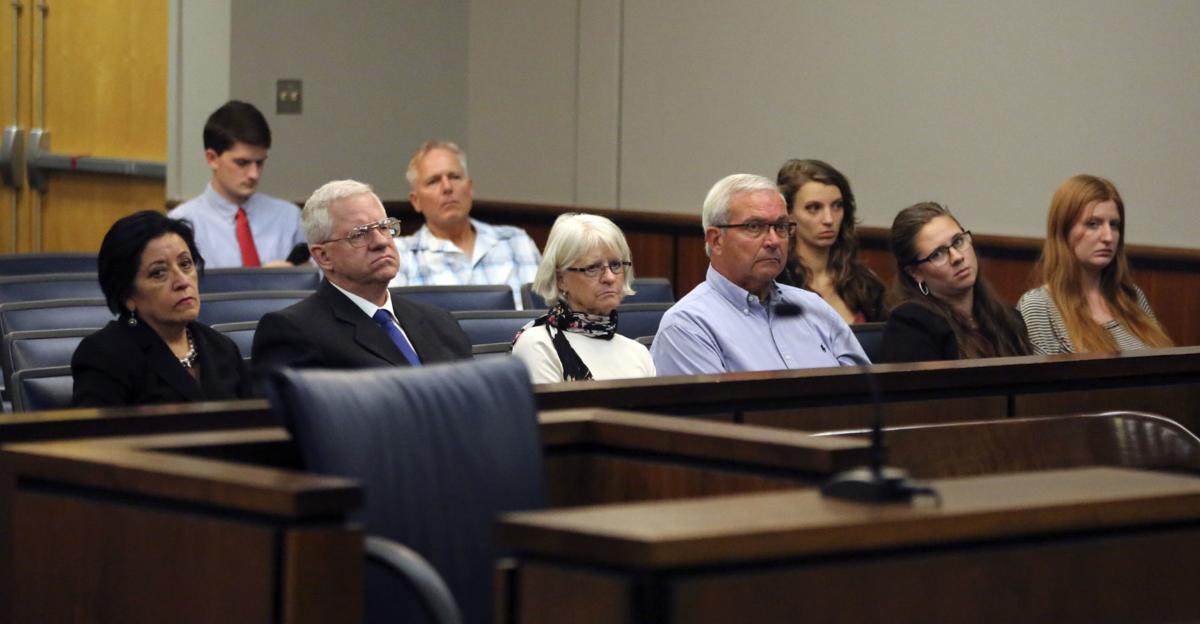 The gallery looks on in Radford Circuit Court Monday. 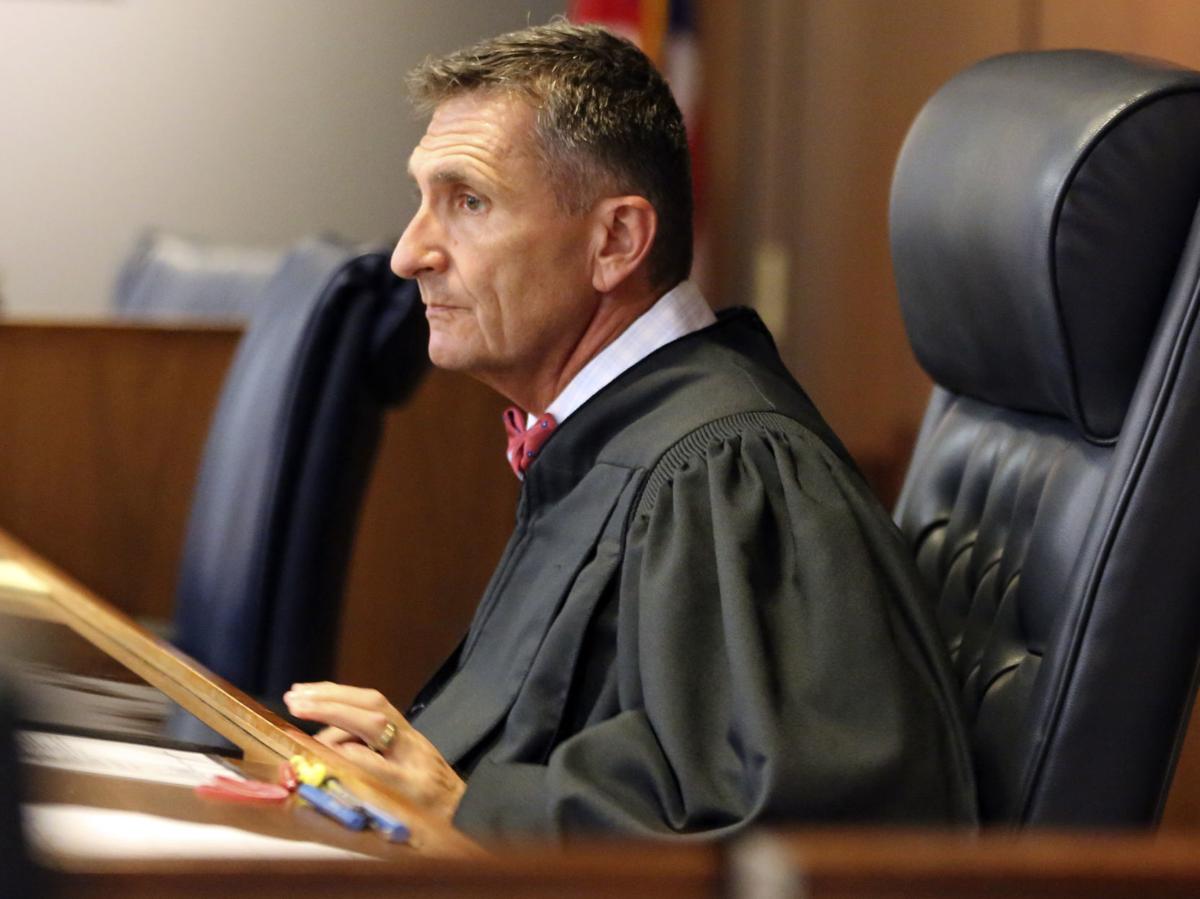 Circuit Court Judge Joey Showalter imposed a total of 40 years in prison, to be suspended after 20 years. 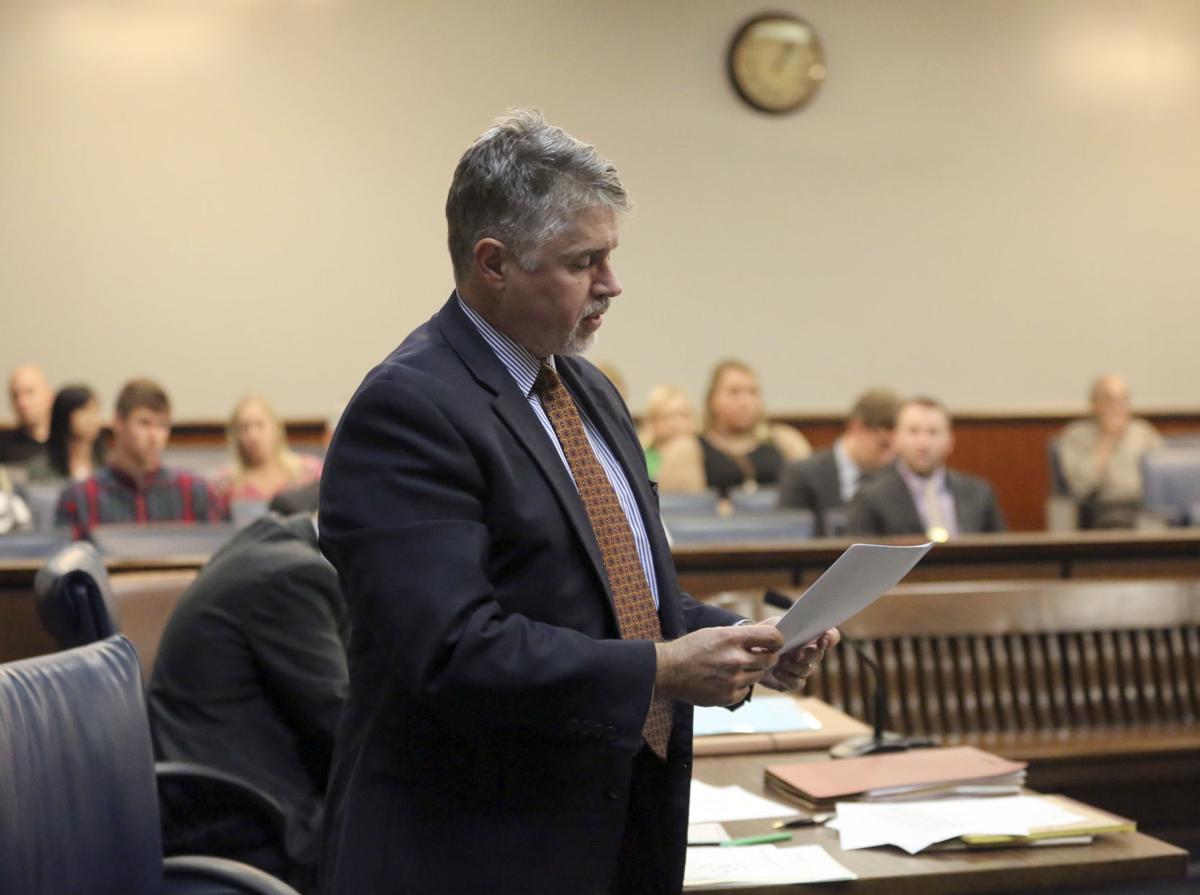 RADFORD — Luisa Ines Tudela Harris Cutting said that she was flying on a cocktail of drugs when she stabbed her Radford University roommate to death, telling police that “she was doing cocaine with the devil,” a prosecutor said Monday.

Cutting, 21, of Jeffersonton in Culpeper County, pleaded guilty to second-degree murder for the Jan. 24 death of Alexa Cannon, a 20-year-old psychology major from Roanoke. At a hearing in Radford Circuit Court, Cutting was sentenced to serve 20 years in prison.

“There are no words for this tragedy and my heart is filled with sorrow and grief. … I am so, so sorry,” Cutting said.

Accepting a plea agreement’s suggested sentence, Judge Joey Showalter imposed a total of 40 years in prison, to be suspended after Cutting serves 20 years. He said that Cutting will be supervised by the probation office for 10 years after her release.

Showalter ordered that Cutting have no contact with Cannon’s family and undergo any mental health treatment suggested by authorities. He also ordered that she repay $3,686.76 to the Virginia Victims Fund.

Cannon was stabbed to death at the off-campus apartment that she and Cutting shared in the 1200 block of Clement Street. The young women had been friends before becoming roommates.

Cannon was known for her love of art and music, her frequent social media posts, and the courageous manner in which she handled her epilepsy, friends and relatives said at memorial events in January.

Commonwealth’s Attorney Chris Rehak said Monday that in the morning that Cannon died, a neighbor heard arguing and screaming and at 7:45 a.m. called 911. Officers were met at the apartment’s door by Cutting, who said she had killed Cannon, Rehak said.

Cannon was found to have died from “multiple sharp force injuries,” Rehak said. Police recovered the knife that Cutting used.

Questioned at the police station, Cutting confessed but offered no real motive, Rehak said. The interrogation was a “rambling and bizarre series of episodes” that included Cutting’s statement that she had done drugs with the devil, Rehak said.

At various points Cutting prayed, talked about the Apocalypse and recited the Hail Mary prayer over and over in Spanish, Rehak said.

Cutting told officers that during the night and morning before the murder, she had taken an array of substances that included cocaine, mushrooms, Adderall, Xanax, marijuana, alcohol and tobacco, Rehak said.

Taken to jail, Cutting acted so strangely — including repeatedly trying to shove her entire hand into her mouth — that jail personnel had her taken to a mental health facility for a week, Rehak said.

Search warrants filed in the case said that investigators found pills, grinders, and multiple smoking devices in Cutting’s bedroom. They found a brown, chalk-like substance in the apartment’s bar/kitchen area.

After the hearing, Rehak said that he negotiated Cutting’s plea agreement with the approval of Cannon’s family, who did not want to go through the details of her death during a trial. He said that he had considered whether a jury might be convinced by a possible insanity defense or a related defense that an “irresistible impulse” led to the murder.

Cutting faced a maximum sentence of 40 years in prison for second-degree murder.

Virginia sentencing guidelines for her case called for a sentence between 12 years and nine months and 21 years and four months, Rehak said.

Outside the courthouse, defense attorney Blair Howard of Warrenton called Cutting’s actions “a psychotic episode” brought on by drug use.

“She has come to a reckoning with herself,” Howard said of his client. “ But there’s nothing she can do except to express her sincere sorrow.”

Luisa Ines Tudela Harris Cutting reacts while being sentenced Monday to serve 20 years in prison for the murder of Alexa Cannon.

Luisa Ines Tudela Harris Cutting looks around upon being escorted into Radford Circuit Court Monday. Cutting was sentenced to serve 20 years in prison according to a plea agreement for the murder of her roommate, Alexa Cannon.

The gallery looks on in Radford Circuit Court Monday.

Circuit Court Judge Joey Showalter imposed a total of 40 years in prison, to be suspended after 20 years. 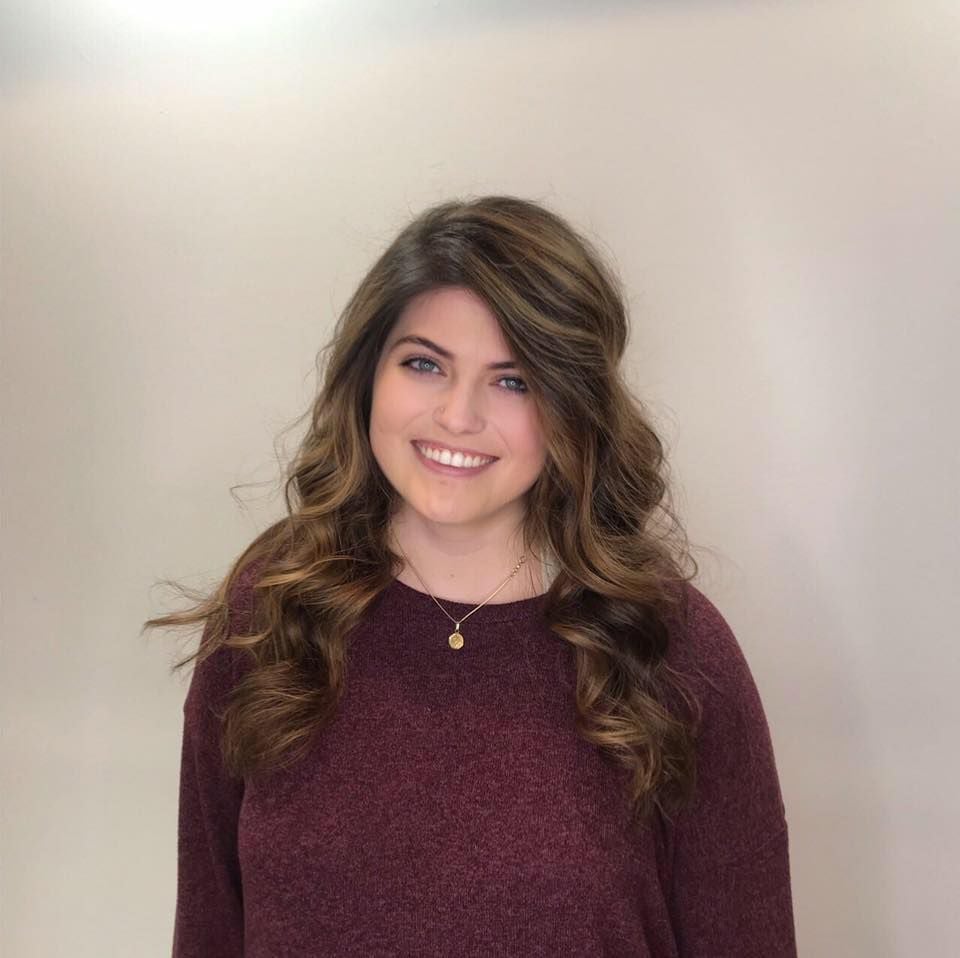