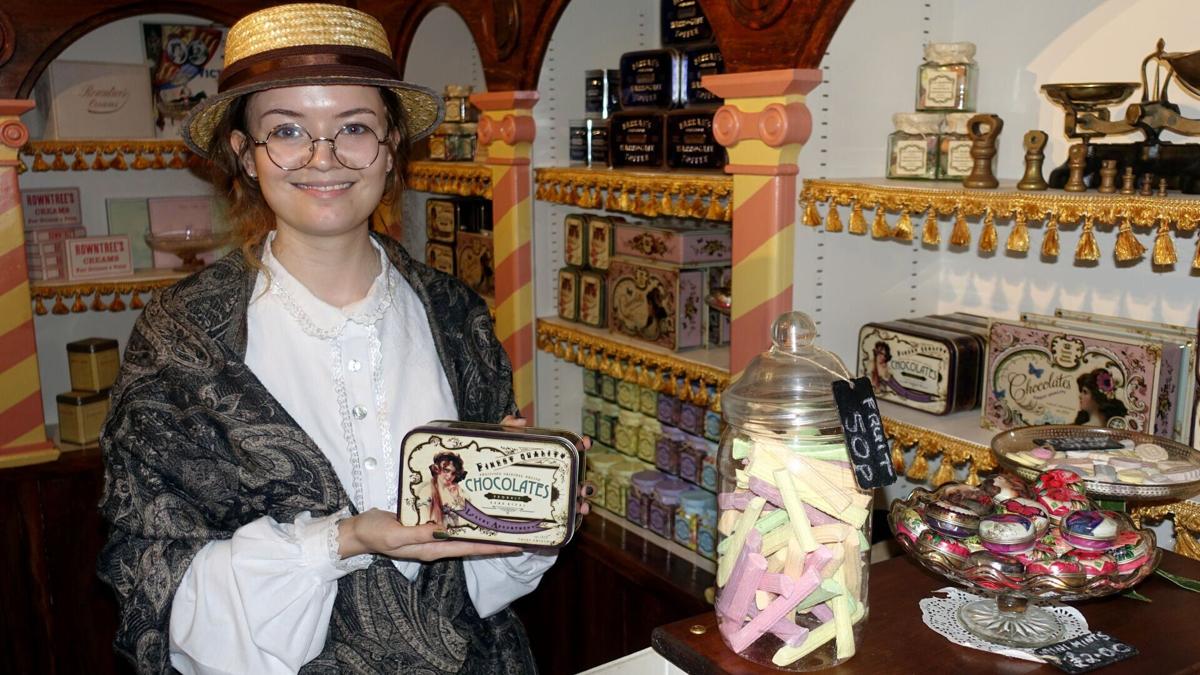 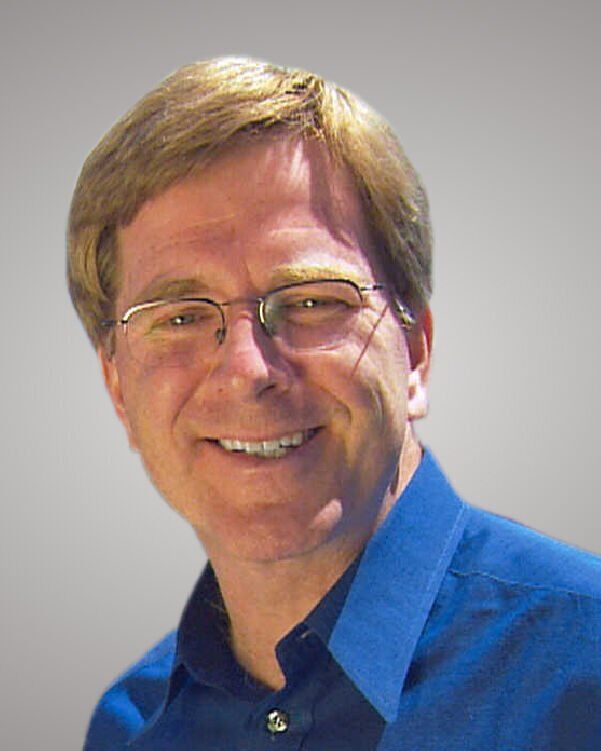 I’m following Edwin on a walk around York — the most interesting stop between London and Edinburgh. Edwin is a spry retired schoolteacher who stays active by leading town walks and giving private tours. Today, he’s showing me around to illustrate why, in his mind, York is such a fascinating city.

Edwin and I head over to the York Castle Museum, where English memorabilia from the 18th, 19th, and early 20th centuries is cleverly displayed in a huge collection of craft shops, old stores, and bygone living rooms. Charles Dickens would feel right at home here. As towns were being modernized in the 1930s, the museum’s founder, Dr. Kirk, recognized a threat to their heritage and collected entire shops and reassembled them here. In Kirkgate, the museum’s most popular section, we wander down a century-old Lincolnshire street, popping in to see the butcher, baker, coppersmith, and barber.

The shops are stocked with the actual merchandise of the day. In the confectionery, we eavesdrop on English grannies giggling and reminiscing their way through the mouthwatering world of “spice pigs,” “togo bullets,” “humbugs,” and “conversation lozenges.” The general store is loaded with groceries, the toy shop has old-time games, and the sports shop has everything you’d need for a game of 19th-century archery, cricket, or skittles. Anyone for ping-pong? Those Victorians loved their “whiff-whaff.”

In the period rooms, three centuries of Yorkshire living rooms and clothing paint a cozy picture of life centered around the hearth. A peat fire warms a huge brass kettle while the aroma of freshly baked bread fills a room under heavy, open-beamed ceilings.

Dr. Kirk’s “memorable collection of bygones” is the closest thing in Britain to a time-tunnel experience, except perhaps for our next destination, the Jorvik Viking Centre just down the street.

A thousand years ago, York was a thriving Viking settlement called Jorvik (YOR-vik). While only traces are left of most Viking settlements, Jorvik is an archaeologist’s bonanza, the best-preserved Viking city ever excavated. Sail Disney’s Pirates of the Caribbean barge north a thousand miles and back a thousand years, and you get Jorvik. More a ride than a museum, this exhibit drapes the abundant harvest of this dig in theme park cleverness. We ride a kid-pleasing people-mover for 12 minutes through the re-created Viking street of Coppergate. It’s the year 975 and we’re in the village of Jorvik. Everything — sights, sounds, even smells — has been carefully replicated. Next, our time-traveling train rolls through the actual excavation site, past the remains that inspired the reconstructed village. Stubs of buildings, piles of charred wood, and broken pottery are the time-crushed remains of a once-bustling town. Everything is true to the original dig. Even the face of one of the mannequins was computer-modeled from a skull dug up right here.

Next, Edwin and I walk over the river toward the towering York Minster cathedral, stopping first at the romantic ruins of St. Mary’s Abbey. A fragile arcade of pointed Gothic arches seems to hang from the branches of the trees that tower above. I remark to Edwin that it’s striking how magnificently the Minster survives while only a single wall of this abbey church still stands. Edwin explains that Henry VIII, so threatened by the power of the pope, destroyed nearly everything that was Catholic — except the great York Minster. Thankfully, Henry needed a northern capital for his Anglican Church.

Edwin then explains the Dissolution of the Monasteries. “Henry wanted more than a divorce. He wanted to be free from the power of the abbots and the monasteries and the pope in Rome. It was our first Brexit — and we got it in 1534.” Then, playfully describing two (perhaps three) bombastic leaders at the same time, he says, “It was spearheaded by a much-married, arrogant, overweight egomaniac.” Edwin is playing with me, alluding to my then-president, but he is also describing the pompous, pro-Brexit British politician Boris Johnson along with Henry VIII. While 500 years apart, they both wanted to “be free” from Europe (from the pope and from the EU), which also meant sending no more money to Europe (in tithes to the Roman Catholic Church back then or taxes to Brussels today). And they both wanted no more intrusions from Europe into their realm. In the 16th century under Henry and in the 21st century under Boris, for Britain, “leaving means leaving.”

Bidding Edwin goodbye, I’m reminded that the more you know about any historic town, the more interesting and worthwhile your visit becomes.

(Rick Steves (www.ricksteves.com) writes European guidebooks, hosts travel shows on public TV and radio, and organizes European tours. This article was adapted from his new book, For the Love of Europe. You can email Rick at rick@ricksteves.com and follow his blog on Facebook.)

How to Travel to Super Bowl LVI on a Budget

The Super Bowl is one of the biggest sporting events each year. While most Americans watch the big game with family or friends, some devoted football fans attend in person.…

Ed Perkins on Travel: Travel in 2022: My fearless forecast

When I look back on 2021 and consider the outlook for this year, my primary focus remains "caution." You'd think that 2022 must almost certainly be an improvement over last year, but the old aphorism comes to mind: "Cheer up," they said; "things could be worse. So I cheered up. And, sure enough, things did get worse." I'm not that pessimistic about 2022 — at least not yet — but I'm also pretty sure 2022 will still be a long way from "normal."

Here Are the Most Valuable Hotel Rewards Programs in 2022

Navigating hotel rewards programs can be a daunting task. From point-earning promotions to elite status upgrades and thousands of other factors, it’s easy to feel overwhelmed. Yet, for most travelers,…

Go away with ... Will Clinger

“I thought Sasquatch was a creature primarily of the Pacific Northwest,” said Will Clinger, the Chicago-based host of the PBS series, “Wild Travels.” “But in a segment we shot for (the PBS series), we were surprised to hear from members of the Sasquatch Outpost in Bailey, Colorado, that there have been hundreds of Yeti sightings in that neck of the woods — even more surprising when you consider that on our 2-1/2-hour drive to Bailey, we didn't even see a squirrel.”

This year, I fully expect to see a Department of Transportation (DoT) ruling that airlines must assure that any minor traveling with a family be seated adjacent to an adult family member without requiring either to pay an advance seat selection fee. But I wouldn't be surprised if that turns out to be the year's only important new consumer protection.

The world's most powerful passports for 2022

There's a widening gap between the global north and the global south when it comes to travel freedoms, says the first 2022 report by London-based global citizenship and residence advisory firm Henley & Partners.

Half of Travelers Have the Same New Year’s Resolution

As another year greets us, people around the world have started finessing their New Year’s resolutions. Here’s one surprising resolution, reported by an AmEx Trendex travel trends poll conducted in…

Go away with … Catie Li

Catie Li kicks off 2022 with her fashion line for Amazon’s The Drop collection. “New collaborations drop with little notice and are only available to shop for 30 hours,” said the Los Angeles-based model. “Clothes are made on demand once orders are placed so fabric and material are never wasted! My collection consists of great statement staple pieces that can be for all seasons. (They’re) made to be forever in your closet and wardrobe rotation. Since I travel often, I like to travel light, so staples that can be styled multiple ways are a win for me.” Li stays in touch with fans on Instagram (https://www.instagram.com/catieli/).

The CDC announced it has started distributing free COVID-19 home test kits to international travelers arriving at airports in America.

Go away with … Tetona Jackson

“Before having a child, traveling for work was a lot of fun,” said Tetona Jackson, who stars as a journalist in the TV film “The Housewives of the North Pole" streaming now on Peacock. “But now – having a baby – I feel like working locally is a lot easier for me, especially having my family here and having them help with her. But there is a part of traveling I do miss – hopping on a plane without thinking of COVID-19, the pandemic and testing – and going somewhere really cool for work.” Fans may stay in touch with her on Instagram (https://www.instagram.com/itstetonajackson).