Have you ever noticed hurricane hunters' flight patterns shown by meteorologists on TV look like random, odd shapes?

Those flight patterns may look like boxes or stars, but they serve specific purposes for each individual storm.

Hurricane hunters don't fly away from these storms like commercial airlines do. They fly directly into them, but they don't just fly into and around the storms randomly. There is a method to the madness.

There are two distinctive groups of hurricane hunters, the National Oceanic and Atmospheric Administration (NOAA) and the U.S. Air Force Reserve (USAF). Both organizations fly missions into tropical disturbances in order to record invaluable data used by forecasters at the National Hurricane Center (NHC).

For hurricane hunters, there are two main types of missions flown, fixed and invest.

Fixed missions are designated for systems that meet tropical cyclone qualifications, such as tropical depressions, tropical storms and hurricanes. The main objective is to mark the center of circulation, monitor wind speeds and pressure changes, and account for other variables that are tricky for satellites in space to measure in full detail.

For fixed missions, "Alpha" is the most common flight pattern used to collect data in a tropical cyclone.

"The Alpha pattern is the standard profile we fly for fix missions so it's the one people are most familiar with seeing from us," Maj. Jeremy DeHart, meteorologist and aerial reconnaissance weather officer with the Air Force Reserve's 53rd Weather Reconnaissance Squadron, said. "The pattern consists of two legs flown at intercardinal directions, and when complete, looks a lot like the Greek Alpha symbol when including the crossleg."

Interestingly, the bigger, stronger storms tend to be the "easier" ones to fly in.

The primary objective of an invest mission is to determine if a system meets the definition of a tropical cyclone.

For invest missions, the NHC will often send estimated coordinates of where they believe the center of circulation is, which is where the missions will target for their starting point.

However, invest missions by nature have to be a bit more flexible for flight patterns, simply because there are so many unknowns with these types of storms.

"We never know what we're going to find, yet we always have to be thinking two or three steps ahead. So that really makes us need to think about the meteorology (in each particular storm)," DeHart said. "Is it a closed low or an open wave? Maybe it's closed but just elongated? Is it battling shear? Are there several smaller swirls competing to be the main circulation center? Weak storms and invests can be very tricky and require a lot of thinking on our toes."

Air Force hurricane hunters have a variety of flight patterns to choose from for invest missions: X, Delta and Box, just to name a few.

DeHart explains the missions are ideal for the weaker, more uncertain storms. While the X pattern may resemble the Alpha pattern, it is flown at much lower altitudes, usually around 500 to 1,000 feet.

"Once a system becomes a tropical storm or hurricane, the hurricane hunters begin flying at higher altitudes, ranging from 5,000 to 10,000 feet depending on the severity of the storm," said Jessica Kendziorek, public affairs operations chief with the USAF 403rd Wing.

Flight levels for the Delta and Box patterns are usually at or below 5,000 feet absolute altitude.

"The Delta and Box patterns are similar in that we'll fly around the periphery of the forecast center seeing if we can observe winds in all four quadrants of the storm that would indicate a closed circulation. If we find a closed circulation, we can confidently go (find) the center; if not, we'll continue the mission in invest mode," DeHart said.

NOAA hurricane hunters also fly operational fixed and invest missions (though the names may be different), but they usually have more research-oriented objectives. They fly many unique flight patterns, with different types of aircraft, depending on what type of mission is assigned.

Hurricane hunters also fly a third type of mission called a synoptic mission, which the Air Force rarely flies, according to DeHart.

"The goal with every flight is to gather data all around the center of the storm, and those patterns allow us to efficiently fly through a storm's various quadrants," said Nick Underwood, an NOAA hurricane hunter. "This data helps with predicting a storm's intensity, as well as determining exactly where the center is."

For invest missions, the Lawnmower and Square Spiral patterns are flown, to determine if there are actual tropical characteristics associated with the area in which they are investigating.

"The Lawnmower Pattern allows us to map out a large area when we don't have a center to aim for," Paul Flaherty, science branch chief at NOAA's Aircraft Operations Center, said. "Once we are able to map a full circulation (usually by finding a west wind), we'll shift back to Figure 4's based on that newly identified center position."

The Square Spiral pattern is a survey mission meant to supply observations on the structure and characteristics including information about the vortex center, if it exists.

There is a unique third type of mission flight pattern, often used to sample the surrounding atmosphere, which helps forecasters know the direction the storm is likely to go.

The Star 1 pattern focuses on a scan of the outer edges of the system. The closely related Star 2 pattern also does an outer scan of the system while also adding in a circumference loop near the center of circulation.

La Niña has arrived in the US and is sticking around. Here is what that means.

"La Niña is anticipated to affect temperature and precipitation across the United States during the upcoming months," the NOAA weather center said.

Folks in the Roanoke area will see highs in the 60s today. It looks to reach a pleasant 64 degrees. Today's forecasted low temperature is 48 d…

Warm temperatures are in the forecast for the Roanoke area. It should reach a moderate 70 degrees. 46 degrees is today's low. Today's conditio…

Two forest researchers whose own communities were threatened by fires in 2021 explain how historic policies left forests at high risk of megafires.

Today's temperature in Roanoke will be warm. It looks like it will be a comfortable 73 degrees. We'll see a low temperature of 48 degrees toda…

The forecast is showing a hot day in Roanoke. The forecast calls for it to be a warm 83 degrees. We'll see a low temperature of 63 degrees tod…

This evening's outlook for Roanoke: Clear. Low 48F. Winds NW at 10 to 15 mph. Folks in the Roanoke area will see highs in the 60s tomorrow. It…

Ask the Weather Guys: How is the Artic sea ice situation?

The sea ice cover in the Arctic Ocean is a key part of our climate system. The sea ice brightness reflects more solar energy to space than open water.

California drought this summer most extreme in last 126 years

Based on a drought severity index, July 2021 was the driest month on record in California since records began in 1895. 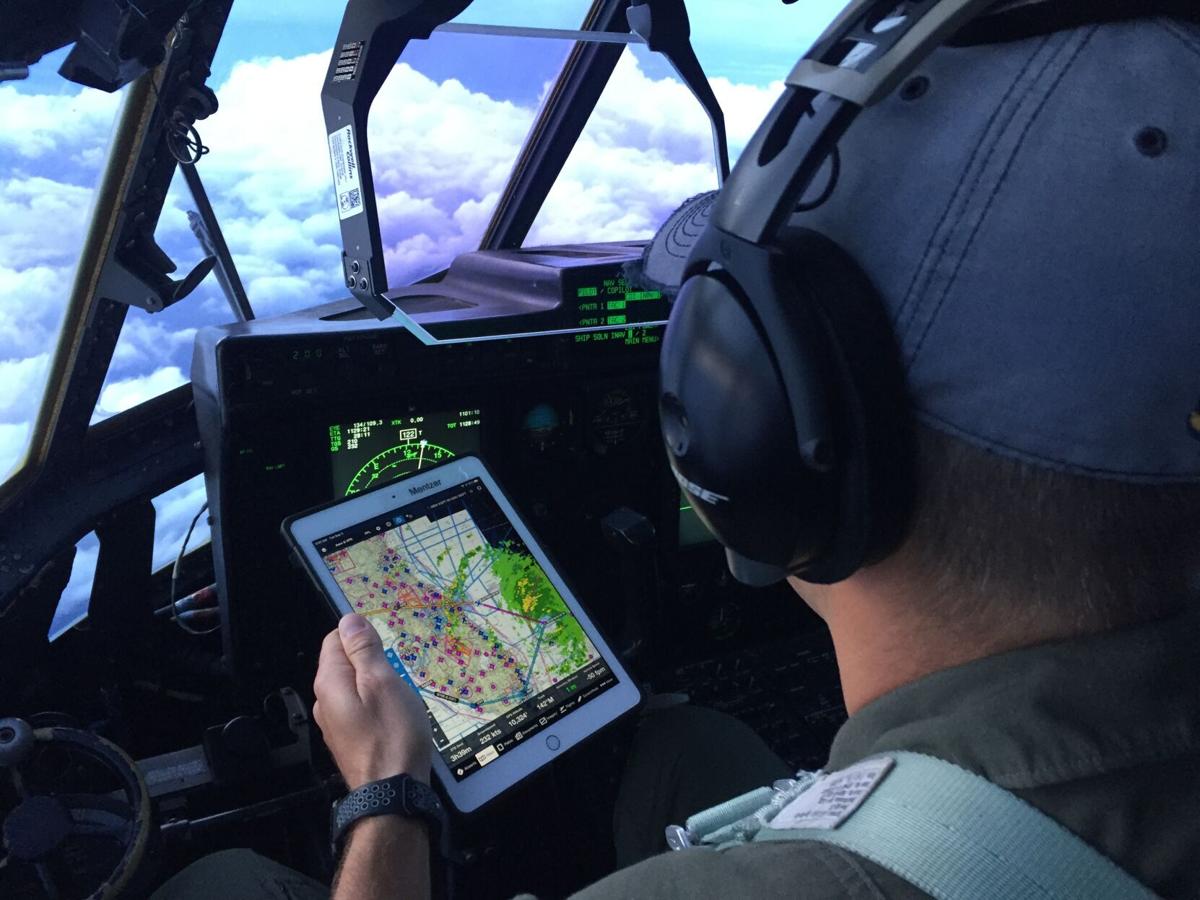 Hurricane hunters collect data as they monitor the storm below them. 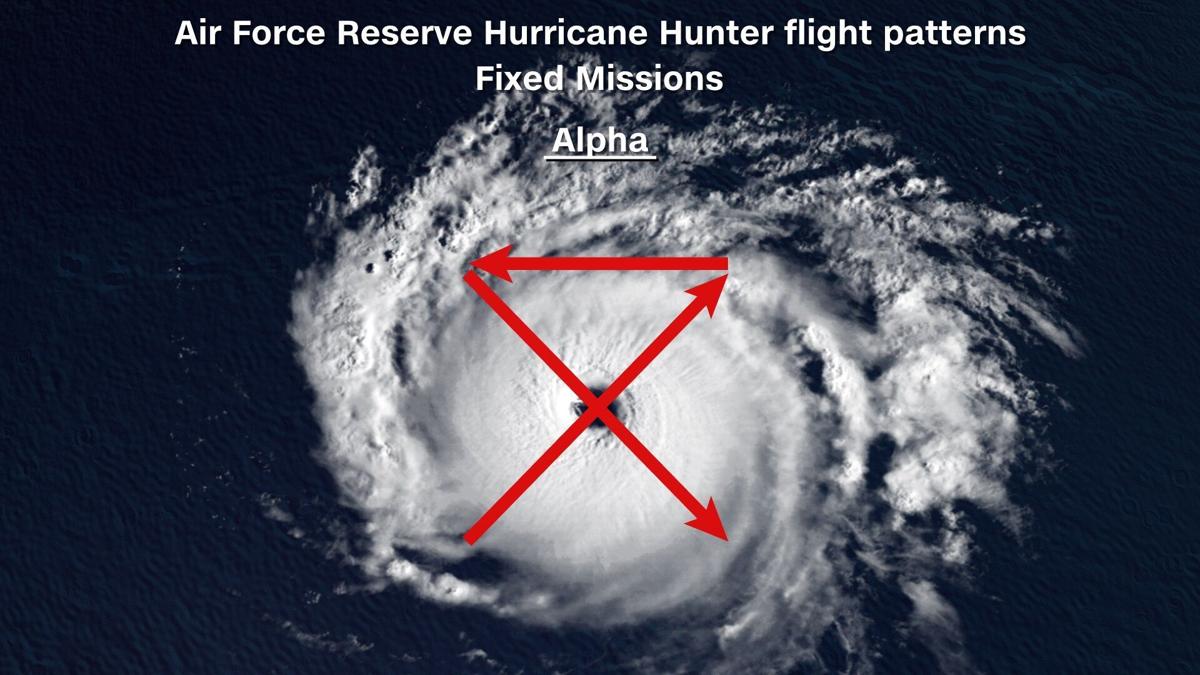 Hurricane hunters' flight patterns shown by meteorologists on TV may look like random, odd shapes, but they serve specific purposes for each individual storm.