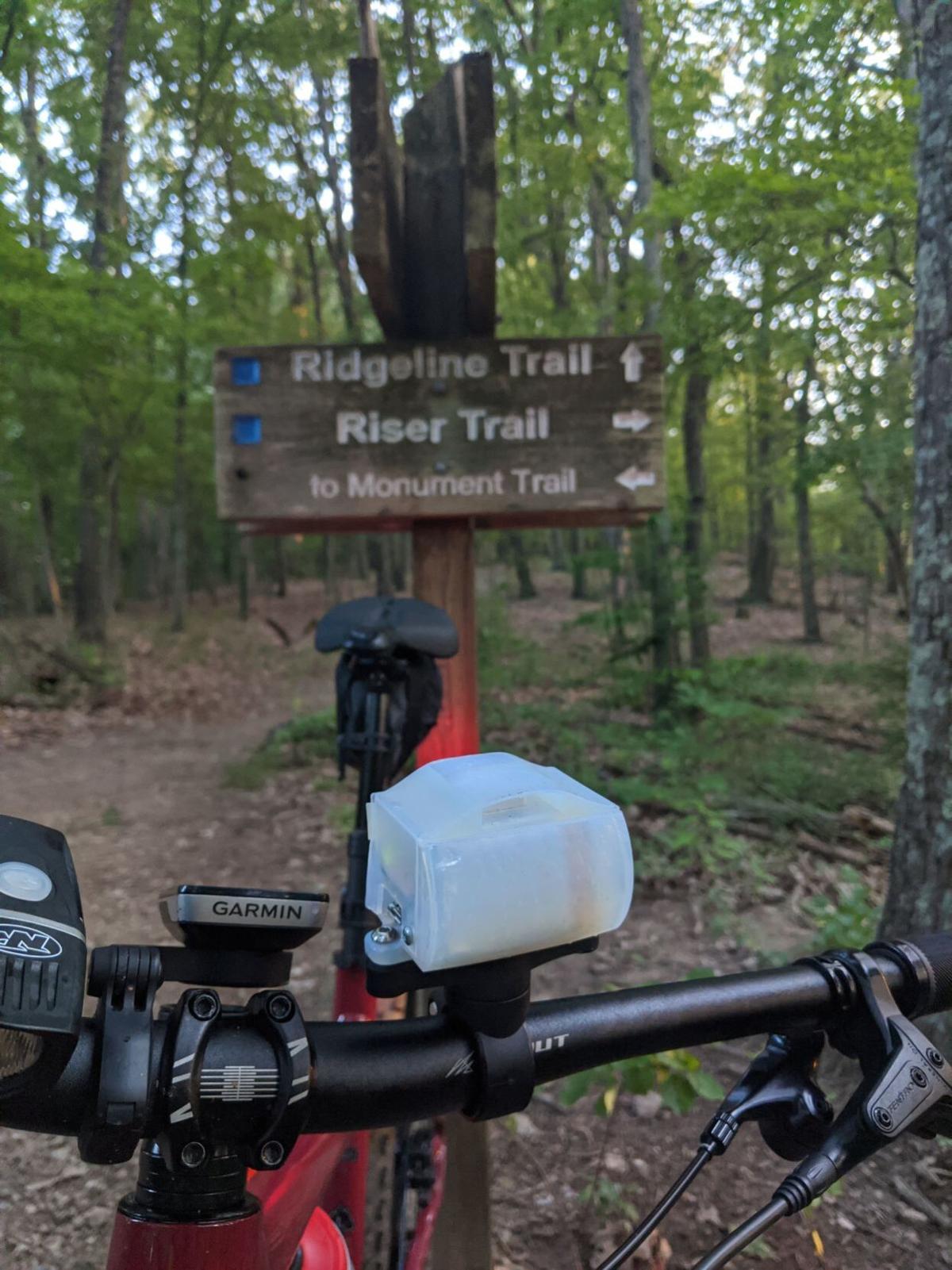 A bicycle with temperature sensing equipment mounted to the front of it prepares to run a route on Monday to collect data for a study on urban heat island warming. 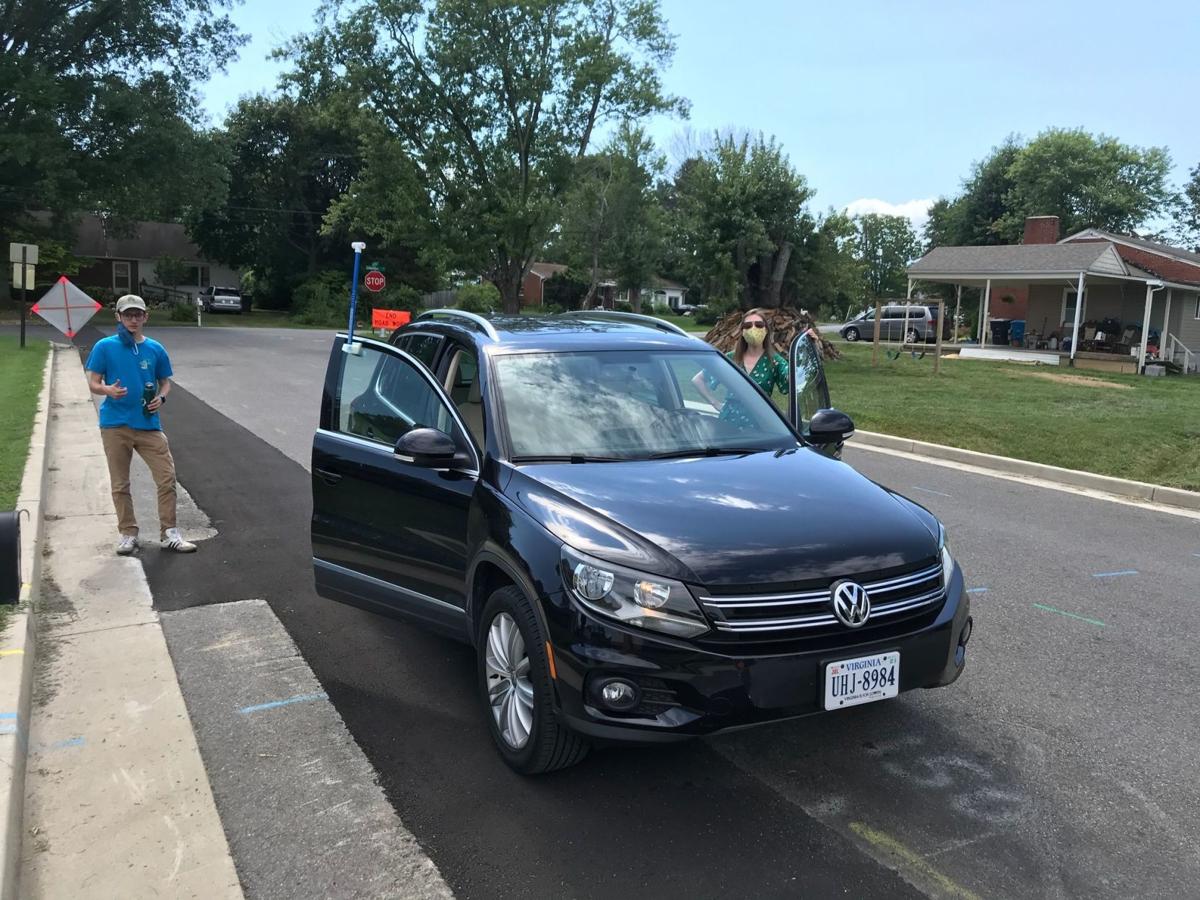 Volunteers Toby Tate (left) and Nicole Chaney prepare to head out in a sensor-laden vehicle to measure temperature on a route through the city of Roanoke on Monday, collecting data for a national study of urban heat island effects. 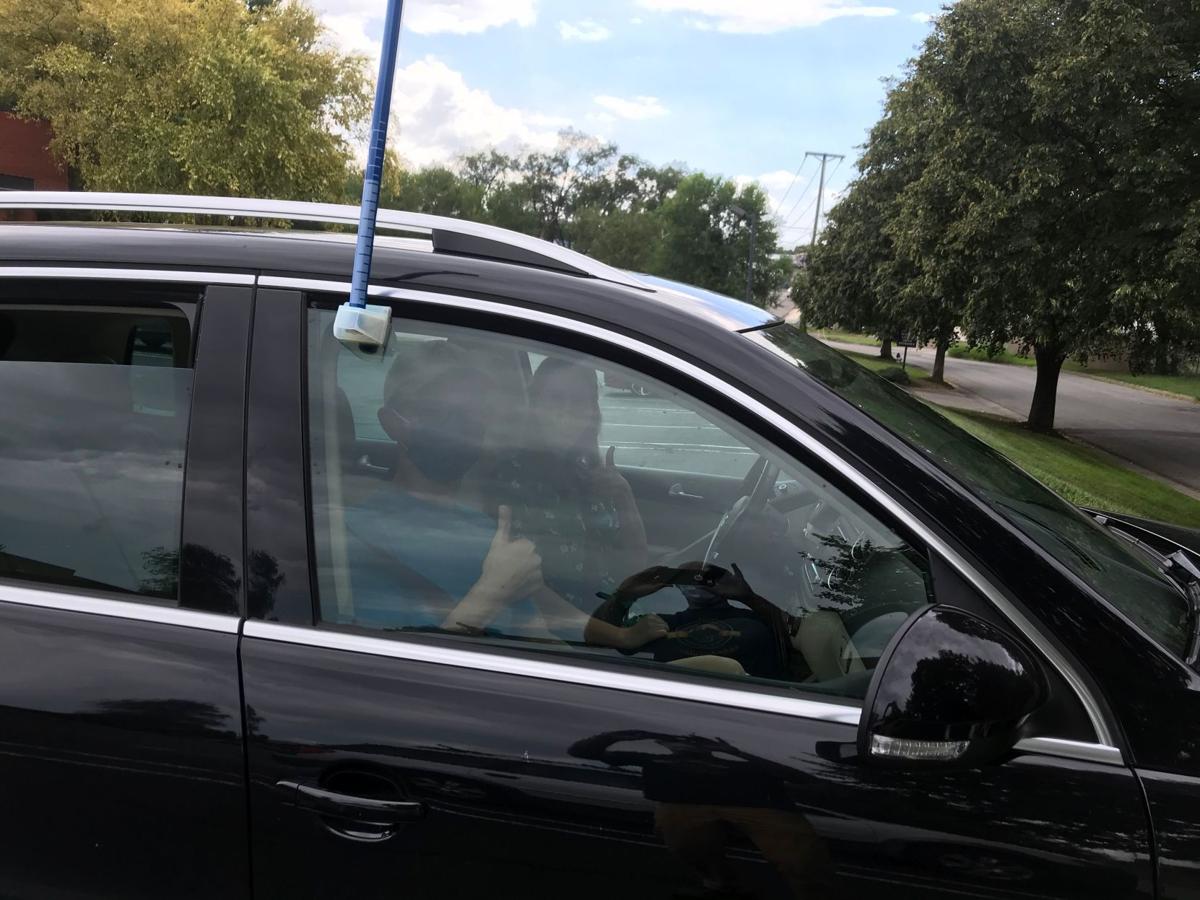 An instrument-laden vehicle heads out for data collection Monday in Roanoke for a national study of urban heat island effects.

“Hot town, summer in the city, back of my neck getting dirty and gritty.”

The lyrics of the 1966 chart-topping hit song by The Lovin’ Spoonful captures the idea of urban heat island warming quite well, including “people looking half-dead, walking on the sidewalk, hotter than a matchhead.”

Urban heat island warming can be a potentially life-threatening matter, and not something only relegated to a major metropolis like New York or Los Angeles or a hotter one like Atlanta or Dallas.

Roanoke is the second smallest of 13 cities across the U.S. chosen to take part in a study of urban heat island warming this summer conducted by the National Integrated Health Information System in partnership with the National Oceanic Atmospheric Administration and CAPA Strategies LLC.

This past Monday, four two-person volunteer teams in automobiles and three cyclists covered routes at 6 a.m., 3 p.m. and 7 p.m. equipped with sensors to record temperatures in various parts of the city. The equipment will be sent to CAPA Strategies, which will analyze the data and provide the city a report of its urban heat signature, including a map showing the pattern of heat variation and suggested strategies for dealing with the heat.

Urban heat island warming refers to city areas warming to higher temperatures than surrounding rural areas because of the ability of concrete, asphalt and building materials to absorb heat more readily and hold that heat more intensely and for a longer time than trees, grass and soil in rural areas, radiating it back into the air of the city.

That heat is not evenly distributed within an urban environment. Roanoke’s participation in the study was inspired by a recent study the city of Richmond conducted with the Science Museum of Virginia, which found great disparities in temperature across different parts of the city in midsummer.

“They found variation in temperature of up to 16 degrees, and frequently the highest temperatures were in the poorest communities,” said Nell Boyle, sustainability outreach coordinator for the city of Roanoke.

Poorer parts of a city typically contain more housing that is not updated for modern temperature control and energy efficiency, with some lacking air-conditioning. In addition to heat stroke and heat exhaustion, people living in these areas are at a heightened risk of other diseases being worsened as their bodies cope with extreme heat.

“It will be interesting to see how much the temperature varies in the different parts of town,” Boyle said. “In the course of a year, excessive heat causes more deaths and health problems than all the natural disasters combined. Anything we can do to prevent that will directly help the members of our community.”

Of those cities, only Burlington, Vermont, with under 50,000 people, is smaller in size than Roanoke, with just under 100,000 people in the central city of a larger metro area.

Monica Allen, director of public affairs for NOAA research, said Roanoke had three characteristics that made it a prime candidate for the study:

“Importantly, we are targeting cities of varying sizes, with varying urban structure, and in varying climates so that we can understand how the urban heat island effect changes under different conditions, and so we know what works best to manage that effect in different types of cities,” Allen said.

This is not the first time the Roanoke urban heat island has been studied.

In 2013 and 2014, utilizing both fixed-position sensors and mobile sensors mounted to automobiles, Virginia Tech collected temperature data across the city on several occasions. Technical studies have sprang from that data, combined with satellite sensing, on the effects of terrain and tree canopy on changes of temperature within the urban environment, and conversely, the effects or urban heat differences on seasonal changes in trees and other fauna.

One Tech study found warmer morning temperatures around Mill Mountain in the morning, with the pattern changing during the day as other parts of the city warmed with daytime heating.

“Both types are useful,” Allen said, referring to satellite and measured data, “but the air temperatures help us understand what it really feels like to be experiencing these temperatures as a human out for a walk, for example.”

Urban heat island warming appears to be a factor, along with higher dew points likely linked to more systemic global climate change, in Roanoke’s sharp rise in overnight and morning temperatures over the past few decades.

The Roanoke official weather sensor is located at the Roanoke-Blacksburg Regional Airport, which has become more surrounded by commercial properties with large buildings and parking lots in the past 30 years than it had been previously.

Allen said there are three objectives after the study has been completed: inform the community of risk, produce science for decision-making, and teach how the science is done to inspire young scientists.

Boyle said the information from the study will be available for anyone who needs it.

“We will receive a report at the end of the study with recommendations for mitigation,” Boyle said. “The report will be shared with anyone who could benefit from it, such as the city planner, the city’s tree planting team and social services that have a cooling assistance program.

“We plan to collaborate with the Western Virginia Science Museum on outreach and education. It will go to any local agencies that can use the information about the vulnerable populations.”

Several cool days ahead; widespread freeze not likely, yet

Mid-April will have some sweater weather over the next several days, but won't freeze solid.

Week ahead: Trending toward cooler temperatures

After a stormy late week following summerlike high temperatures, the thermometer will move toward some cooler temperatures this week.

Floyd and Carroll counties have recently experienced rounds of large and copious hail, a peculiar and uncommon event for Southwest Virginia, but potentially very damaging in the narrow streaks it affects.

Wednesday's high of 85 in Roanoke was the warmest day since Sept. 11, and combined with Tuesday's 82 marked the first back-to-back days of 80-…

Ten years ago this week, severe weather in Pulaski County dispelled the notion that the mountains protect Western Virginia from tornadoes.

A number of states were hit with severe weather, including damaging and deadly tornado-warned storms, over the weekend.

Ask the Weather Guys: How is 'rain' different on other planets?

It does rain or precipitate on other planets and moons. On Neptune, scientists suspect it rains pure carbon in the form of diamonds.

Week ahead: Warm and dry to start, showery at the end

This week will be divided into two parts for Roanoke/New River valleys area weather.

Week ahead: Cooler, breezy to start, even colder by end

Tuesday afternoon is probably the best chance this week has to reach 70 degrees. Most of the week will be pretty cool -- dry and breezy early,…

A bicycle with temperature sensing equipment mounted to the front of it prepares to run a route on Monday to collect data for a study on urban heat island warming.

Volunteers Toby Tate (left) and Nicole Chaney prepare to head out in a sensor-laden vehicle to measure temperature on a route through the city of Roanoke on Monday, collecting data for a national study of urban heat island effects.

An instrument-laden vehicle heads out for data collection Monday in Roanoke for a national study of urban heat island effects.