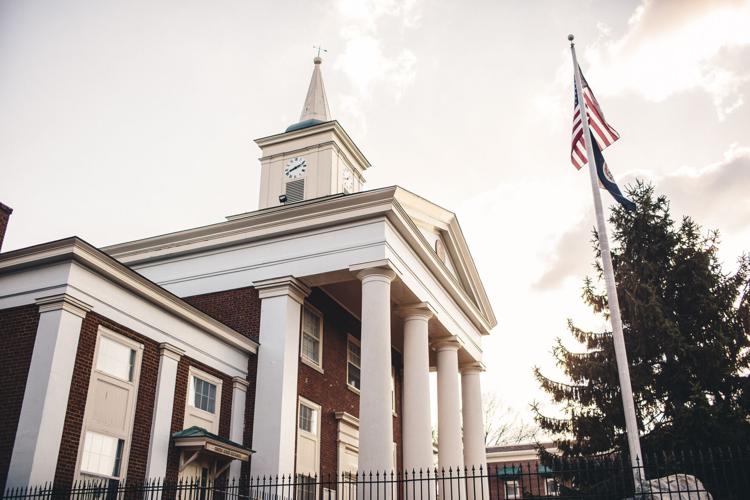 The 1975-built Botetourt County Courthouse will be demolished and replaced with a larger, up-to-date structure. 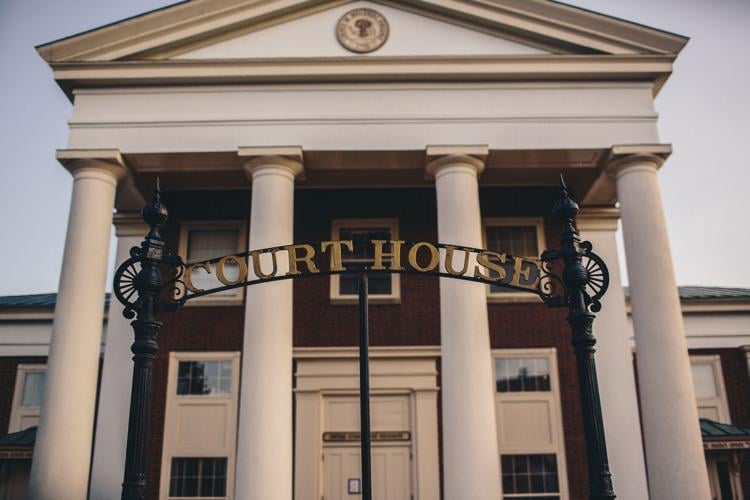 The 1975-built Botetourt County Courthouse will be demolished and replaced with a larger, up-to-date structure that looks similar. 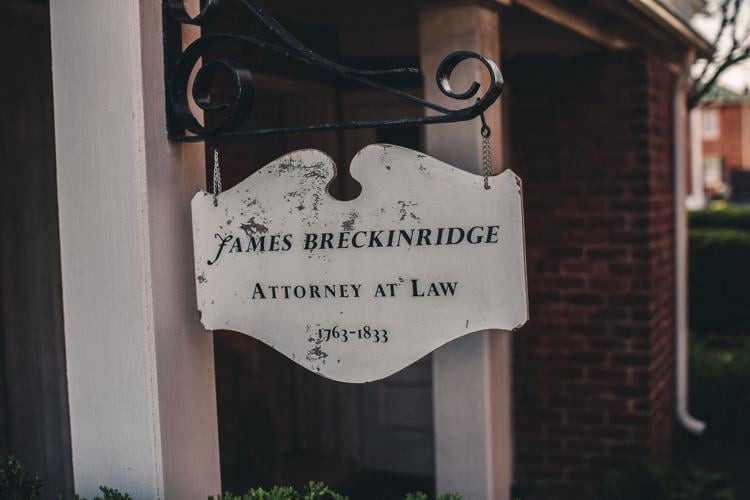 A sign on the 1787-built James Breckenridge law office in Botetourt County. The 80-ton building will be moved several hundred feet to free up space for a larger county courthouse.

FINCASTLE — Big moves are planned in Botetourt County, including the relocation of an 80-ton historic building, as the local government prepares to begin work on replacing its outdated courthouse.

“It’s in the footprint of the new courthouse, so we’re going to pick it up from there,” Lanford said. “We’ll move it around, maybe 1,000 feet.”

That process will be done by specialists sometime in the fall or winter, he said, likely using braces to stabilize the old building which was formerly a hotel, and most recently housed the Botetourt County History Museum. Hydraulic jacks will lift the estimated 175,000-pound structure, and a trailer will wheel it across the county’s courthouse campus, Lanford said.

“It was basically what began Fincastle,” Lanford said. “In 1787, this law office was constructed, and that’s where the business of the county was conducted at its beginning.”

Once that hefty piece of county history is out of the way and preserved nearby on a new foundation, further preparations will begin to erect a beacon of the county’s future: a brand new courthouse.

“The existing courthouse has multiple entrance points with ADA accessibility issues, and the security doesn’t meet the standards for today’s courts,” Lanford said. “In the near future, there’s very likely to be the need for two active courtrooms to accommodate caseloads, so we’re putting in a second courtroom.”

The current 1975-built courthouse will be demolished in late spring 2023, to be replaced by a new, larger and more accessible building finished in the early months of 2025, according to county documents.

“The courts have to remain operational while construction is ongoing,” Lanford said. “We’re modifying some existing space in the public safety building to host court operations for the two and a half years of construction.”

It’s estimated to be a $25 million project overall, with bids soon accepted for the first package of actions: movement of the law office and monuments, public safety building alterations and file relocation.

“These are generational projects that don’t come along very often,” Lanford said. “We’re building this for the future and we want to make sure that it’s done right.”

In the coming 2023 fiscal year that begins July 1, Botetourt County plans to issue $30 million in bonds for the courthouse, and for expansion of a workforce training center at Virginia Western Community College, said Deputy County Administrator David Moorman. It’s part of a $159 million county budget for the year.

“We’re on good footing financially,” Moorman said. “We’ve got these big projects that are very necessary, and will provide a lot of benefits to the community. But they certainly have a budget impact.”

Almost two-thirds of the county’s budgeted spending goes to education, with $27.3 million allotted, plus public safety, expected to cost $22.8 million in the next fiscal year.

“That’s been in the way here for a long time,” Moorman said. “That’s certainly the priority and the emphasis, in terms of public services.”

County revenues are expected to increase by more than $10 million in the year to come, largely from federal coronavirus relief money. Botetourt will receive nearly $6.5 million this year from the federal American Rescue Plan Act, spending about $2.3 million on public safety expenditures, and saving the other $4 million for future projects, Moorman said.

“Federal revenues… those were significant infusions of money into the county,” Moorman said. “It allowed us to really mitigate some of the adverse effects of the pandemic.”

Personal property tax collections are expected to balloon 34% in Botetourt County, according to documents. Moorman said county supervisors budgeted $250,000 in relief to offset that increase for car and homeowners.

“We’ve got a lot going on, especially for a locality our size,” Moorman said. “But no tax rate increases.”

The festival will stay in its traditional spot, in Patrick County, for this year's event.

Pitts: Republicans are the threat

ABC News thought it was — in the words of George Stephanopoulos — “too ugly” and “too dangerous” and declined to show it on air. So Rep. Adam …

Will: The Supreme Court's gun ruling is a serious misfire

The hospital’s women’s health clinic will now be named for  Silverine James.

Will: Trying to protect students from a coach's prayers did them no favors

In 1892, a Massachusetts policeman challenged in court a law forbidding police officers from being political activists. The justice, who had t…

In Roanoke, students learn how to turn cultural differences into … fruit salad (copy)

Hardwired Global, a Richmond-based nonprofit, is using workshops like one recently in Roanoke to support social integration of refugees and newcomers into schools and communities with high levels of new arrivals.

McDonald’s diners have said goodbye to salads. Stock investors should be glad they’re gone. A pandemic-driven menu overhaul at McDonald’s Corp. has eliminated more nutritious menu options such as grilled-chicken sandwiches and fruit and yogurt parfaits. The world’s biggest restaurant company is trimming out offerings to move diners through lines and drive-thrus faster and with less staff — a ...

Ed Shamy wrote three columns a week for The Roanoke Times from 1988 to 1993. Often, they were hilariously hyper-local takes on people, places and events in Western Virginia.

Semantic infiltration is the tactic by which political objectives are smuggled into discourse that is ostensibly, but not actually, politicall…

The 1975-built Botetourt County Courthouse will be demolished and replaced with a larger, up-to-date structure.

The 1975-built Botetourt County Courthouse will be demolished and replaced with a larger, up-to-date structure that looks similar.

A sign on the 1787-built James Breckenridge law office in Botetourt County. The 80-ton building will be moved several hundred feet to free up space for a larger county courthouse.